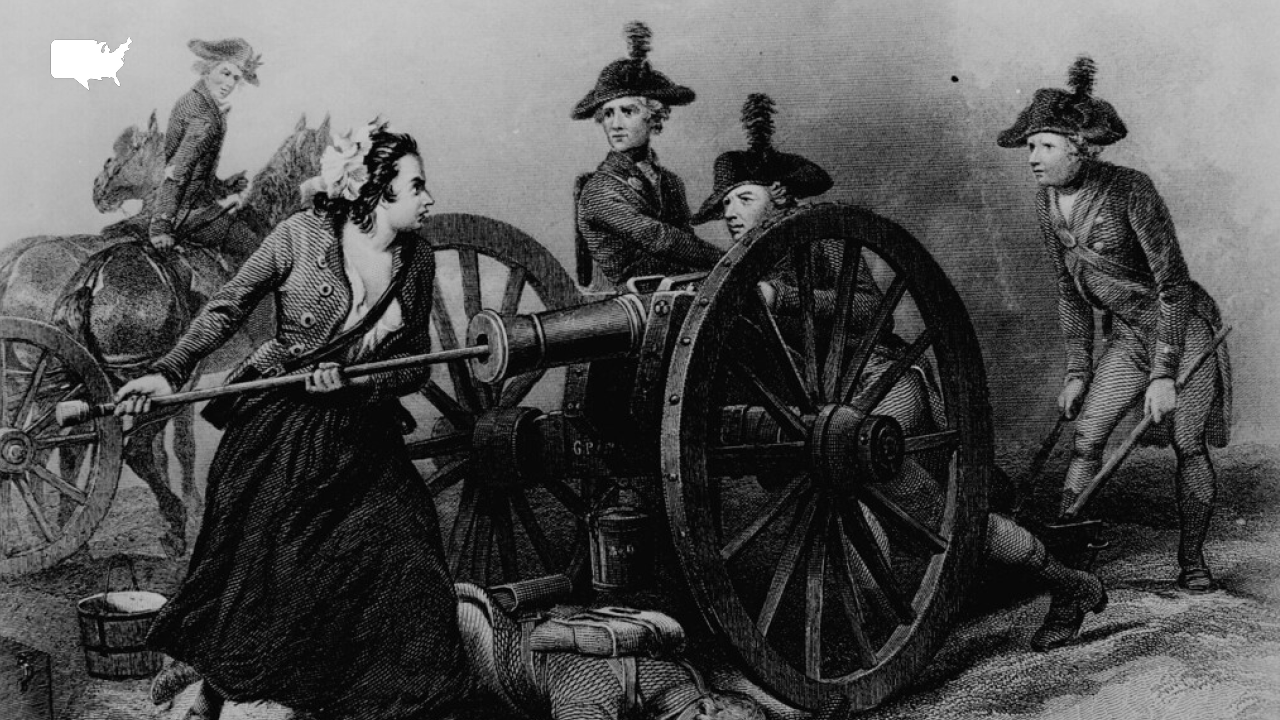 Politicians and media personalities have undertaken a massive campaign to censor a giant swathe of our African American History. They have a specific target—the New York Times’ imperfect but provocative 1619 Project—and a general one: Critical Race Theory (CRT). As originally worked out in some of the nation’s top law schools, CRT probed the persistence of racial inequality in modern America. But in the hands of ambitious politicians and talk show hosts, the working definition of CRT has become…whatever aspect of Black History makes you uncomfortable.

Citing Tennessee’s new anti-CRT law, a parents’ group in Williamson County wants to ban Ruby Bridges Goes to School, the memoir of the African American child who integrated the New Orleans schools. It is a very sweet book, paying homage not only to Ruby’s parents but to the brave white teacher who welcomed her from the start and the white students who eventually came to accept and in some cases befriend her. But in the early days, Ruby had to walk a gauntlet of angry whites, and that is why a new group of angry whites is targeting her book.

Likewise, Florida Gov. Ron Desantis, several state assemblies, and numerous school boards have banned the teaching of the 1619 Project, a special August 18, 2019 issue of the New York Times Magazine that is now a freestanding book. The more than two dozen contributors to this project make the case that since the arrival of the first Africans in England’s Virginia colony in August 1619, Blacks have played a much larger role in American history than most whites know.

I teach U.S. history at the University of South Carolina, and the most controversial claim in the 1619 Project landed smack dab inside my specialty, the African American role in the American Revolution. Project creator Nikole Hannah-Jones argued in her Pulitzer Prize winning lead essay that whites took the fateful step of declaring independence from Britain partly because they feared the mother country was going to take away their slaves.

That claim is less far-fetched than it might seem.  By the end of 1774, white Americans were angry at Parliament’s initiatives in a host of areas, from treasury notes (paper money) and territory (Native American land) to taxation and trade. But they held back from declaring independence—in fact for 15 months after the April 19, 1775 Battle of Lexington and Concord.

Then in Virginia, Britain’s largest American colony, enslaved people appealed to the increasingly isolated Gov. Dunmore to enlist and free them. Finally, on November 15, 1775, Dunmore published an emancipation proclamation similar to the one Abraham Lincoln would issue four score and seven years later. It offered freedom to any rebel’s slave who was “able and willing” to fight for his king.

Dunmore’s proclamation infuriated southern whites. As Archibald Cary of Chesterfield County, Virginia, put it, “Men of all ranks resent the pointing a dagger to their Throats, thro the hands of their Slaves.” Free colonists’ resentment helped push many of them over the cliff and into independence. In the fall of 2021, I tweeted out seventy-six quotations like Cary’s, along with facsimiles of the quoted documents.

Within months of the adoption of the Declaration of Independence, as literary scholar Eric Slauter has shown, white as well as Black antislavery activists set about transforming its meaning. They did so simply by repeatedly quoting a sentence that was ignored by most of their non-abolitionist contemporaries:

We hold these truths to be self-evident, that all men are created equal, that they are endowed by their Creator with certain unalienable Rights, that among these are Life, Liberty and the pursuit of Happiness.

The first person to quote this passage was Lemuel Haynes, a free Black soldier in Washington’s Continental Army. He used it to open an antislavery essay he called “Liberty Further Extended.” The same sentence later became a favorite of 19th century feminists and Abraham Lincoln. Simply by repeating these thirty-five memorable words over and over, those reformers made them the central passage in the Declaration of Independence. A document that had greeted life as little more than an ordinance of secession aimed at courting French military aid became, in time, a universal declaration of human rights.

On July 4, 2021, I published an article in the Washington Post explaining my excitement at discovering that enslaved people had not been passive observers of our War of Independence. Abundant evidence shows they were active participants.

I never expected any kind of official response to my July 4 piece, but in a sense, I got one: an open letter of denunciation signed by six of the nation’s leading historians, including National Humanities Medal winner Gordon S. Wood (who, to complicate matters, is a friend of mine). The distinguished professors were soon joined by the World Socialist Web Site, which declared, “Historian Woody Holton launches 1619 Project-inspired attack on the American Revolution.”

Why all the fuss? Traditional historians worry that the reputations of Founding Fathers like Thomas Jefferson and George Washington will be gratuitously tarnished by the notion that they were angry at Britain in part for forging an informal alliance with their slaves. Scholars like Wood see wayward colleagues like Hannah-Jones and me as the literary equivalents of the January 6, 2021 rioters. They pillaged the Capitol, according to this view, while we headed over to the National Archives to trash another cherished American institution, the Declaration of Independence.

Surprisingly enough, the World Socialists are even more protective of the Founders. They see the American War of Independence as a bourgeois revolution that will (someday!) pave the way for what they really want, a proletarian revolution. And given their goal of uniting the world’s workers, the Socialists understandably fear that emphasizing racial conflict, even in the distant past, could exacerbate it in the modern world.

Over the years I have shared my reinterpretation of the founding era with numerous chapters of the Daughters of the American Revolution, and they have always been willing to hear me out. No DAR member ever resisted my claims as fiercely as the World Socialists do now.

I admit that dwelling on the founding fathers’ anger at British interference (as they saw it) with slavery tends to take them down a peg. But when I write about the enslaved Americans who broke free to join forces with the British in the Revolutionary War, any harm to the traditional founders’ reputation is incidental. The primary goal of revisionary historians like me is just to show that Black Americans long ago earned themselves a sizeable place in our nation’s origins story. The founders and their slaves might be compared to counterbalanced well buckets: the process that traditional historians see as tossing the enslavers into the depths of the well is actually aimed at pulling the people they enslaved toward the sunlight.

Why do so many critics nonetheless see Black History fans like me as snarling at the American founding? Doubtless a few are simply white supremacists. Many more, though, are just white-centric. They base their assessment of new versions of the American Revolution strictly on how they affect the reputations of the elite, white Founders.

Many of these traditional historians act from the best of motives, and differences of opinion should be respected. America’s widening ideological divide, however, reminds us that, whether we have recognized it or not, we have always been politically as well as ethnically and religiously diverse. And many Americans believe we desperately need to unify despite that diversity. In their view, one of the most powerful symbols we can unite around is the myth of the flawless founders. In 2020, then-President Trump denounced the scholarship that seems to smear the American Revolutionaries as “ideological poison, that if not removed will dissolve the civic bonds that tie us together.”

In my view, historians who idealize our Founding have met their match in Marymount University Prof. Cassandra Good. In a recent tweet, she asked how women can be expected to unify around the American Revolution when so many historians write “as if women were irrelevant”? African Americans, Native Americans, and sometimes even non-elite whites ask a similar question: what is unifying about a myth of the American founding that leaves most of us out?

Of course, it would be not only dishonest but ultimately self-defeating to pretend that Native Americans, African Americans, women, and poor whites played a crucial role in the American Revolution if there was no evidence that they did. But the documentation is actually overwhelming, as I show in a long-running evidence dump on Twitter and in my new book Liberty Is Sweet: The Hidden History of the American Revolution. Indeed, the underlying message of Liberty Is Sweet is that the way to unify is not in spite of our diversity but around it.

That will not work if we insist on seeing the traditional founders as perfect—a warning that applies not only to the traditional heroes like John Hancock and Benjamin Franklin but even to those my generation admires. I am a fan of Hermon Husband, the penman of the Regulator Rebellion against corrupt public officials and larcenous lawyers in 1760s North Carolina who later escaped to Pennsylvania, where he spent the American Revolution pushing for radical reform and then gave his life promoting the Whiskey Rebellion of 1794. But reading Husband’s religious prophecies make me wonder if he was nuts. Founders from Jefferson to Husband constantly remind me of a simple truth about our history as well as every nation’s: it’s complicated.

Fortunately, if none of our founding fathers was perfect, some of their ideas come darn close. So if historians and politicians want to unify us around the American Revolution, they should give up on flawed men like Jefferson in favor of the concepts that Jefferson and others so brilliantly set forth—“inalienable rights” and “all men are created equal,” to name just two.

We need to respect but also take a realistic view of our founders—of all races and genders—and save our idealizing for their ideals. One of the noblest, of course, is freedom of speech. It follows that our first assignment ought to be to stand up for endangered books like Ruby Bridges Goes to School.

Finally, a question: When you see African Americans exhibiting their iconocally-American love of freedom by accepting British emancipation in return for fighting against the enslavers who founded our nation on the freedom principle, which side should you root for? Maybe both?

Woody Holton, Peter and Bonnie McCausland Professor at the University of South Carolina, is the author of Liberty is Sweet: the Hidden History of the American Revolution.