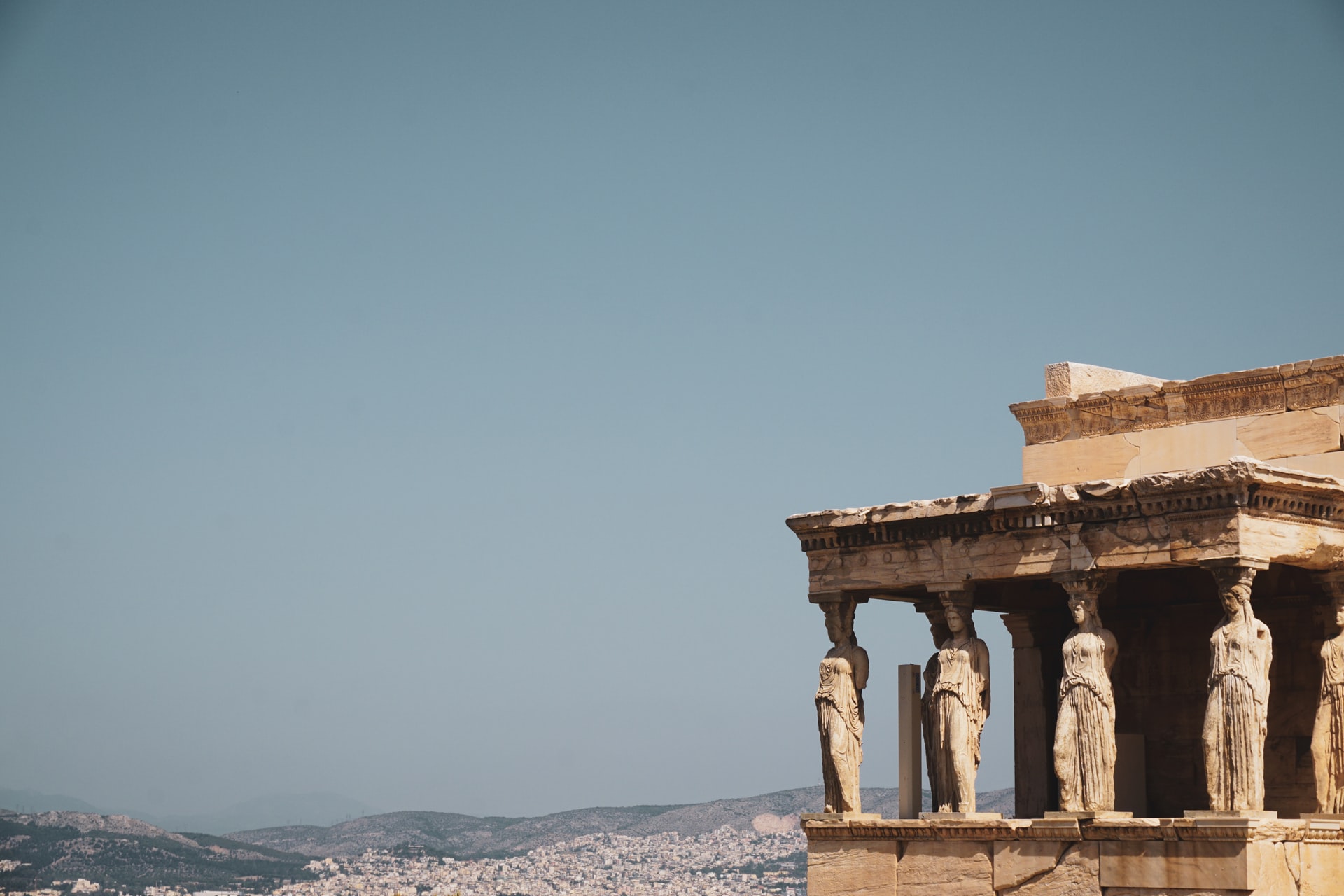 Sometime in the last few years, for the first time in American history, it became respectable to publicly oppose religious liberty and its overarching value in our political order. It is a remarkable, and portentous, turn.  Religious liberty has always been an axiom of our political culture.  Americans long regarded it not only as the “First Freedom” of our Constitution. To them religious liberty was also architectonic; it was somehow the linchpin or guarantor or epitome of other civil liberties.  Americans cherished religious liberty for many reasons—chief among them has always been the meaning and value of religion to them.  Americans’ resolve was to live as God wanted them to live, and this was the most important thing in their lives.  The First Amendment was their country’s promise of repose.  It was a promise to Americans that they could be both conscientious Americans and good Christians, or Jews, or adherents of some other religion.

Why have things changed so?  Today’s open opposition to religious liberty is the front of a broad movement of thought and action concerning the meaning of religion and its relationship to social and political life.  As our understanding of religion has shifted so has our attitude towards religious liberty.  The emerging opinion of many academics, judges, and popular writers is that religion should have no “special”—that is, particularly favorable—constitutional or legal status.  This is the view that churches should be treated like other ideological associations and assemblies (like the Elks Club or a rodeo).  During the coronavirus pandemic, this equivalence between churches and casinos or K-Marts played out openly, as states made decisions about which places were “essential” (or not), and which could open first, and under what conditions and terms.  Many governors and mayors – perhaps, most – clearly valued religious rites as less important than sundry economic and cultural activities.  Some religious leaders pushed back.  Most did not.

The appetite for excluding religion — understood as a distinct, valuable good — from the public square rests upon a devolution in the way Americans understand religion itself.  Many people would limit religious liberty to the private sphere of church, family and individual psyche because they think that religion is private.  They think that religion consists of ineffable spiritual experiences and stories, which (to paraphrase the Supreme Court’s line of thought) may seem vital to some, but which to others, are no more meaningful than a lecture on color to a blind man.  Religious doctrines and creeds and sacred texts are, at bottom, more or less arbitrary ways of talking about what is not real.  They appeal to the imagination or to the emotions.  They meet some non-religious need, such as that for social fellowship or for an edifying (even if fictional) way to think about life, and death.  What they do not do is describe the way the cosmos actually is.

These presuppositions are by themselves sufficient to generate the conclusion of so many people today that religion should be treated as one source among many of personal “identity”.   If this way of thinking about religion is sound, then religious liberty is probably being treated—and valued, and adjudicated—today pretty much as it ought to be.

It is true that religions include subjective experiences, as well as stories and prescriptions that are historical and contingent and, in that way, arbitrary.  But religions are characteristically much more than this.  Throughout our history, Americans believed that religions were much more than feelings and fantasies.  Religions are and were long believed to be more or less reasonable accounts of reality in all of its breadth, of what is passing and what is eternal, what is visible and what is invisible (though no less real). Most of all, religions were fundamentally about what our Creator expected of us.  The central value of religious liberty was, as a consequence, the protection it offered to those who seek to know the truth about the cosmos, and who at some point dedicate themselves to living in accordance with what they believe to be the truth about all that there is.  If we think of religion differently, as something like an existential voyage to the depths one’s own consciousness and psyche, there to discover one’s true identity, then we shall think of religious liberty differently.

For then religion would be submerged in an encompassing project of individual self-definition, called variously an aspect of one’s “conscience” or “dignity” or “identity”.  The metric of value here is neither moral truth nor one’s obligations to a greater-than-human source of meaning and value.  It is instead authenticity—one’s subjective sense of one’s own deepest and thus “true” self.  Then we would have to concede that religious acts have (to paraphrase philosopher John Finnis) the same dignity and value as do other acts by which persons express and actualize their deepest selves, desires, or self-defining thoughts and emotions.

Friends of religious liberty must yank religion out of this nest of subjectivity, if they are to revive religious liberty.  To do that they must reconnect religion with reason and truth.  Not with “truth,” as if religious convictions have only a sort of non-cognitive validity, as if they are revisable human articulations of seemingly compelling personal experiences—the “truth” of poetry, or of good sex.  Religions rather should be judged by the metrics we predicate of other worldviews: are they true?

This reconnection has to be achieved by and through critical reason.  As a cultural undertaking, that reconnection is daunting, and likely to take a long time.  A more manageable task is to stanch the bleeding-out of religious liberty in constitutional law.  Here is the indispensable core of that revivification of religious liberty.  It is also the essential distinction without which any attempt to understand the Establishment Clause of the First Amendment goes off the rails.

In the beginning, those exercising government authority in America, be it—federal, state, territorial—forthrightly affirmed truths of natural religion.  The “Laws of Nature and of Nature’s God” emboldened the revolutionaries in Philadelphia, as did their belief that everyone was “endowed by their Creator with certain unalienable Rights.”  Before and after the founding, civil governments in America affirmed regularly, and most solemnly, certain religious truths, such as God’s eternal existence and creation of all there is, God’s providential care for humankind including promulgation of moral law for guidance of human affairs, and some form of afterlife in which the guilty suffered and the virtuous prospered.  These were most commonly called the principles of natural religion, as opposed to the various churches’ doctrines.

As Owen Anderson so aptly wrote: “America was founded on natural religion.”  Nearly two centuries later, in the 1963 case of School District of Abington Township v. Schempp, the Supreme Court said that the “fact that the Founding Fathers believed devotedly that there was a God and the inalienable rights of man were rooted in Him is clearly evidenced in their writings, from the Mayflower Compact to the Constitution itself.”  Where public authority affirms that there is a God, as in the National Motto, the Pledge of Allegiance, and as Lincoln did in his Second Inaugural, lawmakers did not abandon what would be called today “secular” purposes for lawmaking.  “Secular” is a term deployed much later in our constitutional tradition.  The founders did not use it when they talked about religion and the polity.  For them governmental care for the common good included care for religion as part of that common good, even as the distinctive beliefs and practices of the sundry particular churches and sects were considered (in our parlance more than theirs) to be “private.”

If the founders were pressed further to schematize this arrangement, they likely would have said that, while religion was undeniably a distinct and incommensurate part of human experience which could be distinguished from other human goods (such as life itself, knowledge, and morality), the temporal common good of the political community included religion, and public authority had a limited but still important duty to foster religion.

Before and for a long time after the founding anyone who cared to look could see that the various churches in their midst were distinguished one from the other mainly by what each added to natural religion.  Some of these additions were matters believed to be revealed.  Others included some humanly established conventions and rules.  One could and the founders did contrast “natural religion” with “revealed” or “positive” religion.  All of these things were important to believers; churches often bitterly split over them.  But the founders’ crucial, even ingenious and progressive, insight was to see that their polity could flourish without enforced unanimity about, or a top-down settlement of, these questions.  The founders saw that the common good did not require, for example, popular participation in any particular liturgy.  Nor did it necessitate authoritative adoption of any one church’s creed.  Theologians might contend over the details of faith and worship.  To the statesman they could be matters of opinion.   The lawmaker labored under a stipulated incompetence when it came to matters of religious doctrine, church discipline, modes of worship, and manner of a religious community’s internal governance: the truth or falsity of these matters, even recognizing that they were the kinds of things that could be true or false, was strictly beyond the ken of public authority.

This was non-establishment.  It is surely the meaning of the justly famous (because thematic of our constitutional settlement) nineteenth century Supreme Court statement in Watson v Jones: “The law knows no heresy, and is committed to the support of no dogma, the establishment of no sect.”  This mandate that government be neutral about doctrine, discipline, worship and polity—and in that manner maintain a strict neutrality among the religions and thereby treat equally—has not atrophied with time or evaporated with the proliferation of religious beliefs.  It should be the foundation of church-state constitutional law today, including the Establishment Clause.

This proper neutrality about the particular religions, or (one might say) equality among the churches—is perfectly compatible with a robust reasoned affirmation of the truths of natural religion.

Gerard V. Bradley is Professor of Law at the University of Notre Dame since 1992. He was for many years President of the Fellowship of Catholic Scholars. This essay is an adaptation of “The Challenge Ahead,” first published in The Cambridge Companion to the First Amendment and Religious Liberty, edited by Michael D. Breidenbach and Owen Anderson, Copyright © 2020 Cambridge University Press.