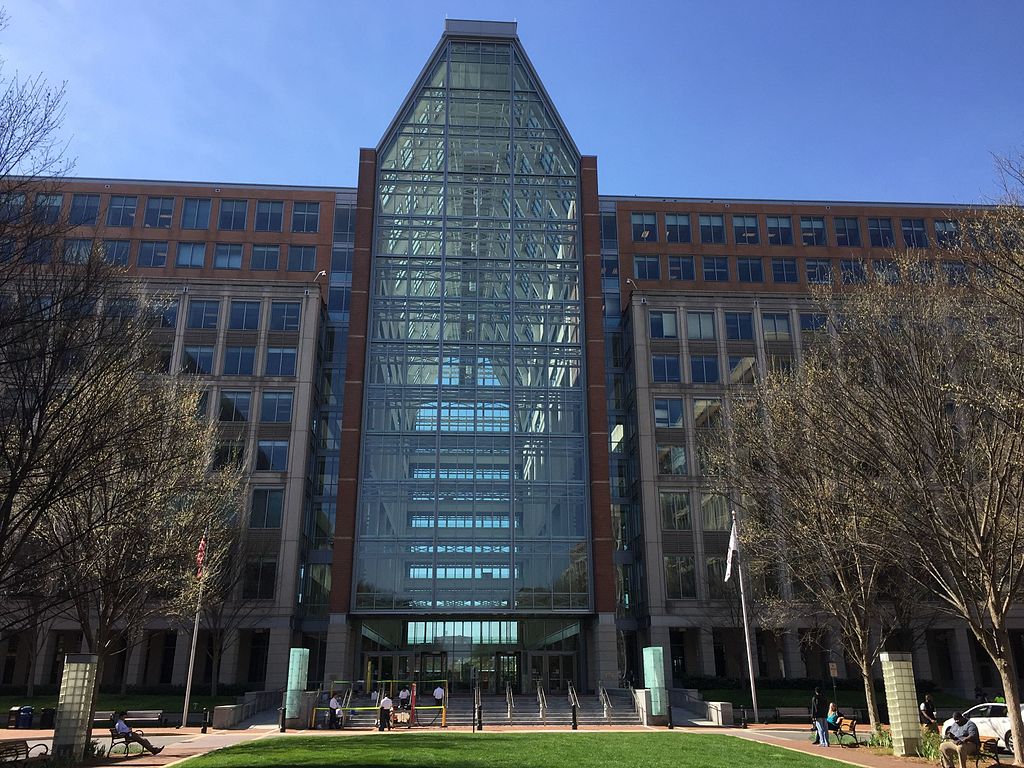 In Oil States Energy Services LLC v. Greene’s Energy Group LLC, the U.S. Supreme Court ruled that patent owners do not have a right to a trial in a court of law. The issue at hand in the case was whether Congress could vest in the United States Patent and Trademark Office power to adjudicate the validity of an issued patent in a challenge brought by another party. The case and its ruling raise the issue of where our rights come from.

Last term, in a case that elicited interest around the world, the U.S. Supreme Court decided a narrow technical question with enormous jurisprudential implications for ordered liberty. The Court ruled that patent owners do not have a right to trial in a court of law. In the case, captioned Oil States Energy Services LLC v. Greene’s Energy Group LLC, the narrow, legal issue was whether Congress could vest in the United States Patent and Trademark Office the power to adjudicate the validity of an already-issued patent in a challenge brought by some other party. Broadly, the case brought up the question: where do our rights come from?

Furthermore, the administration’s lawyers argued, “Patents are quintessential public rights.” Whatever one might think about the sources of rights generally, patents are entirely contingent on political will. “Patents confer rights that exist only by virtue of statute.” Agency adjudication of patents “helps protect the public’s paramount interest in seeing that patent monopolies are kept within their legitimate scope.”

This argument is profoundly flawed in important ways. As I have explained elsewhere, the suggestion of the Trump brief in Oil States Energy that all rights are ultimately public, mere concessions of privilege from governments, if Congress chooses to make them so, is mistaken. To the contrary, many private rights are settled by pre-political sources of obligation that impose duties on private persons and officials. As I’ll explain below, the brief also misunderstands what patents are, specifically. In the American tradition, patents are property for many (though not all) purposes. And this understanding of patents is a fundamental source of our productivity as a people.

IN AMERICA, PATENTS ARE PROPERTY FOR MANY (THOUGH NOT ALL) PURPOSES. THIS UNDERSTANDING OF PATENTS IS A FUNDAMENTAL SOURCE OF OUR PRODUCTIVITY AS A PEOPLE.

The Court ratified the government’s argument, but only in part. A majority of the justices agreed that patents are not common-law rights. Therefore, patentees do not have a right to have the validity of their patents adjudicated in a court of law, where a jury trial is available. Instead, patents are franchises created by statute. But the majority insisted that patents are also property for many purposes. They reaffirmed precedents which teach that patents are vested rights after issuance and that they cannot be taken without due process and just compensation. The justices thus implicitly resisted the Trump administration’s sweeping characterization of the American tradition concerning patents.

The American tradition concerning patents was eloquently expressed by a much earlier President of the United States, Abraham Lincoln. He concluded his grand history of innovation, known as the Lecture on Discoveries and Inventions, by praising patent laws. These laws, Lincoln argued, brought about the last great advance in human creativity by securing to inventors what was already a valuable right but wanted security against appropriation, namely the right to use one’s own invention. The genius of the patent acts, to give legal security for the inventor’s valuable liberties and powers, “added the fuel of interest to the fire of genius, in the discovery and production of new and useful things.”

Commenting on Lincoln’s now-famous metaphor, the late Michael Novak observed that Lincoln saw in the patent laws “an unprecedented blessing.” Lincoln understood that inventors have natural rights to their inventions insofar as the rest of us have natural duties not to appropriate the fruits of another’s labors. The genius of the American constitution was to empower Congress to specify and secure in positive law those natural duties that we owe to creators and innovators not to steal the fruits of their productive labor. With a specific, secure, and enforceable property in her invention, an inventor can cooperate with investors, producers, and other partners in bringing an invention to market. We all benefit from these collaborative efforts.

The intellectual property clause of Article I, together with the patent laws promulgated under its authority, added legal security to pre-political rights and unleashed the power of human ingenuity. Thus, the patent laws ignited human energies in productive directions. “By contrast,” Novak wrote,

a regime that does not secure natural rights depresses human energy. Natural rights are not mere legal puffs of air; they formalize capacities for action that in some societies lie dormant and in others are fueled into ignition. The United States, Lincoln believed, lit a fire to the practical genius of its people, among the high born and the low born alike.

In a world of 7 billion people and counting, with scarce natural resources and seething human energy, securing intellectual property rights promises to ignite the fire of invention to burn productively, to help more people grow and flourish. The alternative is that the fire of conflict might burn destructively, as more people lay claim to fewer opportunities in a shrinking world. In the twenty-first century more than ever before, we need norms and institutions that facilitate cooperation and innovation to develop and expand the resources we have.

Property rights in patents do that work. Contrary to a received convention that has international purchase today, patents are not tools to thwart cooperation. Patents do not stand against advancement of the public good. Patents are instead property rights. And property rights are ways of securing zones of liberty and legal powers. They enable the freedom, and the ability to perform creative acts of private ordering that enhance the welfare of everyone.

The right to exclude often receives the most attention in discussions about patents and property. But that is only because the right to exclude performs the important but conflict-ridden work of securing the zone within which property does its good work. The liberties and powers at the core of property constitute the essence of what property is—the exercise of those liberties and powers brings about new goods. The point of property is to bring about new states of order and value in the world.

THE AMERICAN FOUNDERS EXPRESSED A POSITIVE VISION FOR PATENTS AS PROPERTY RIGHTS, NOT A MEANS OF BLOCKING PROGRESS OR THWARTING COMPETITION.

Just so with patents. The American justification for patents—to promote the progress of science and the useful arts—is not a grudging concession to monopoly, privileges which we must tolerate until some better incentive comes along. Rather, the American founders expressed a positive vision for patents as property rights, not a means of blocking progress or thwarting competition. Patents are a foundational predicate for investment, employment, disclosure, licensing, conveyance, and other acts of cooperative ordering by which patentees and their collaborators bring new innovations into existence in the world.

In the American tradition of thinking about patents, a key case is Continental Paper Bag Co. v. Eastern Paper Bag Co.. That case concerned “the privilege of any owner of property to use or not use it, without question of motive.” The U.S. Supreme Court explained that a patent does not create the right to practice an invention; the right to use the invention precedes the patent, which only renders it a right of exclusive use. In an earlier decision, United States v. American Bell Telephone Co., the Court had explained the interaction of use and exclusion in patent law by contrasting invention patents and land patents.

The liberty to make beneficial use of inventions exists quite apart from patents, as trade secrets and unfair competition laws demonstrate. The liberty is apparent from the language of the United States Constitution, which authorizes Congress to “secure” the rights of inventors, not to create or generate those rights, on the understanding that there is a pre-political right to secure.

It is also apparent from the language of the American Patent Act, which grants the right to exclude from exercising beneficial liberties to use—make, use, offer to sell, or sell—the invention. The liberty to use the invention is from the perspective of owners and their collaborators (e.g. licensees) often the most important aspect of the patent estate.

The inventor’s pre-political right is a liberty, not a claim, privilege, or entitlement. It is not contingent upon political action or will. It entails no duties or obligations to exercise it in any particular way, or even at all. This is vividly illustrated where patents are acquired and maintained for defensive purposes. When the reason to secure a patent is to prevent others from meddling in one’s productive venture, the value of the patent is not for offensive purposes—pursuing infringement actions against other users—but rather a defense against being sued.

THE PATENT IS USED TO SECURE A RIGHT TO BE LEFT ALONE.

The patent is used to secure a right to be left alone. Put more precisely, patents are valuable to these owners because of their liberties of use and immunities for using, rather than for any claim-right to exclude or power to impose a legal disability upon an infringer. From the perspective of these owners, the patent rights connected with use are more important—more central—than those connected with exclusion and with remedies.

The core of a patent then is the right to order one’s productive efforts in collaboration with others to bring about a new, valuable means of prosperity. When they work as property rights, patents facilitate cooperation, and enhance the general welfare, by securing the powers and liberties of innovators, investors, licensees, and other collaborators to work together toward a common good. This is why we should affirm the property at the core of patents.

Adam MacLeod is professor of law at Faulkner University, Thomas Goode Jones School of Law. In addition to his work on patents, he has written on property and marriage law and is the author of Property and Practical Reason (2015, Cambridge University Press).