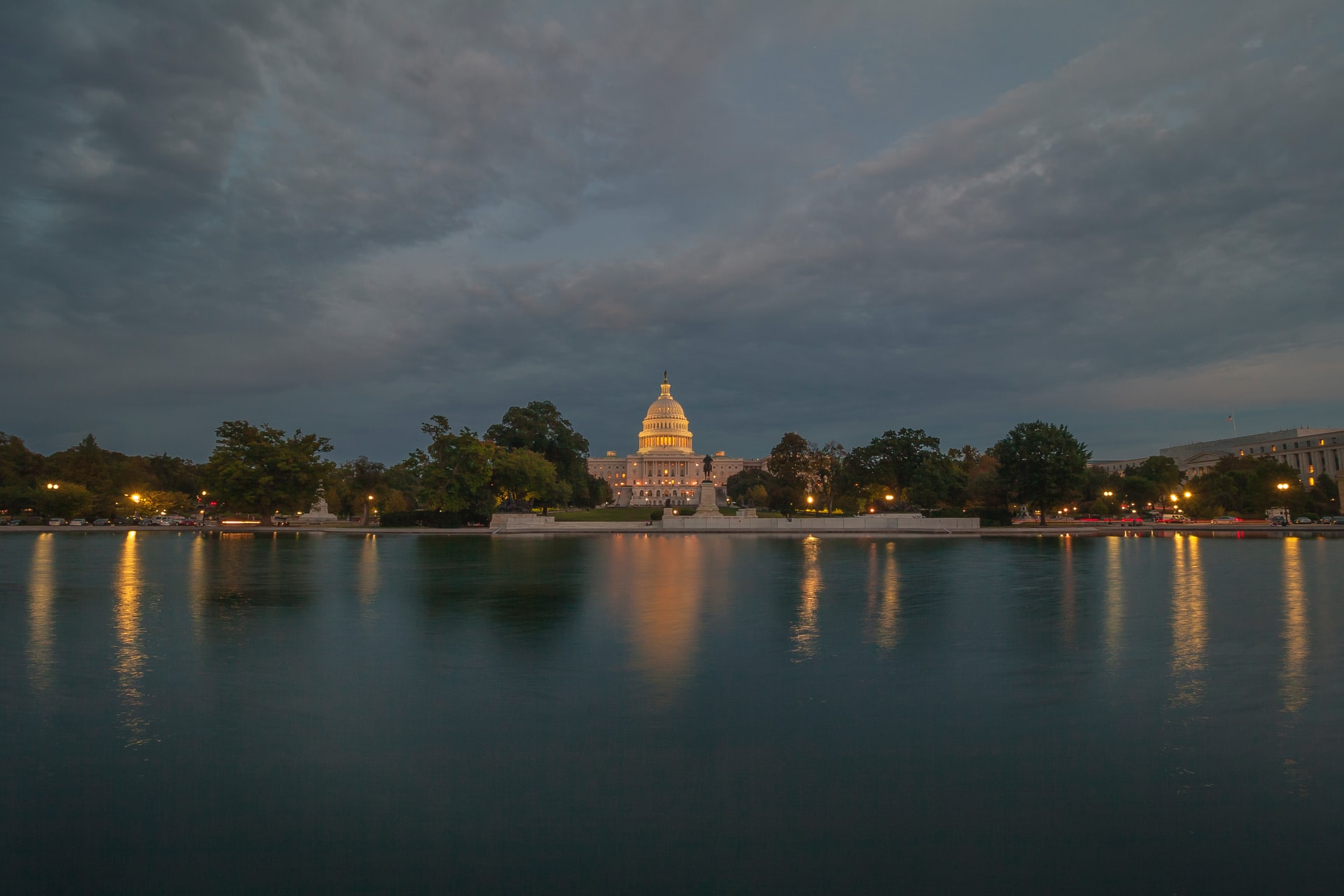 In the 1947 Everson case, all nine justices agreed that James Madison and Thomas Jefferson held the key to the meaning of the Establishment Clause, thereby launching a nearly 75–year debate over its original meaning. The historical facts are well established, which means that the arguments revolve around the question of which facts are the most relevant. For example, should we focus on Jefferson’s wall of separation letter, or his federal aid to “Indian missions?” The definition of “establishment” in Noah Webster’s dictionary, or the way Madison used the term in his “Memorial and Remonstrance”? And so on.

Those of us in the church–state field need to realize that whenever we prioritize specific pieces of the historical evidence, we are implicitly taking a stand on the question of how a legal text should properly be interpreted. In other words, our debates are actually about the process of interpretation, even though church–state scholars rarely delve into the finer points of constitutional theory. My aim in this article is to consider both the evidence and the theory, with the goal of determining whether there are reasons to favor any of the well–known approaches to interpreting the Establishment Clause – besides simply picking the outcome we like best.

To set the scene, we need to review briefly the church–state situation at the time of the Constitution, especially since the need for new state constitutions after Independence set off hotly contested church–state disputes in Virginia and Massachusetts. The issue was essentially the same in both states: whether to levy taxes to support whatever Christian churches were designated by the various towns (Massachusetts) or by the taxpayers themselves (Virginia). In Virginia, there was a lively debate in the newspapers, in a petition war, and in the legislature, with Madison and Jefferson on one side and Patrick Henry on the other. Jefferson later called these debates “the severest contests in which I have ever been engaged.” In the end, the results were very close, with the assessment dying in committee by just three votes. The most notable observation from this lengthy battle is how sharply Virginians were divided over church–state questions.

The story in Massachusetts was quite similar, except that the results came out the other way, and its general assessment — mandated by Article III of the State Constitution — endured into the 1830s. As in Virginia, there was a very public battle. Ultimately, Article III did not command the necessary two–thirds majority but, after some backroom politicking, the Convention said that it had passed anyway.

The outcomes in Virginia and Massachusetts show that Founding–era Americans were divided almost equally between two competing principles that sound quite familiar today. One held, with Madison’s “Memorial and Remonstrance,” that “employ[ing] Religion as an engine of Civil policy is… an unhallowed perversion of the means of salvation.” The other, in the words of Massachusetts Chief Justice Theophilus Parsons, was that religion is important to the state because it “tend[s]… to make every man… a better… neighbor, citizen, and magistrate.”

The debates that roiled Virginia and Massachusetts, where a quarter of the country’s population lived, show that church–state issues in the states were both top–of–mind and bitterly contested around the time of the federal Constitution. But that was not the case at the federal level. Church–state issues were largely ignored at the Constitutional Convention just a few years later, and even during ratification, there were only a few comments on the subject of religious establishments. Occasionally, someone would express a concern about the possibility of a national establishment of one church to the detriment of others. In response, defenders of the Constitution pointed out that Congress had no power over religion, and that America’s religious diversity would prevent a national establishment. Only four states proposed some sort of anti–establishment amendment.

In assembling a draft Bill of Rights for the First Congress, Madison fulfilled a campaign promise to his dissenting Protestant constituents by including the words: “nor shall any national religion be established.” His unenthusiastic explanation was, “Whether the words are necessary or not, he did not mean to say, but they had been required by some of the State Conventions, who seemed to [think that Congress might have the power] to establish [a religion].” The proposal did not generate much discussion either pro or con. After a few comments, mostly about whether the language might be misconstrued, Madison’s language was replaced by a proposal from Fisher Ames of Massachusetts, which became the House’s final version: “Congress shall make no law establishing religion.”

The Senate responded with: “Congress shall make no law establishing articles of faith or a mode of worship.” The Conference Committee came up with the final version, “Congress shall make no law respecting an establishment of religion.” The Committee’s addition of “respecting an” was not explained at the time but has been the subject of a great deal of recent commentary. In its own time, however, the clause generated none of the heated arguments that had accompanied church–state issues in the states.

Strict separationist opinions have generally said that Jefferson’s notion of “a wall of separation between Church & State” embodies the meaning of the clause. Invoking views expressed by people such as Madison and Jefferson are classic examples of what is now called Old Originalism – a search for the Framers’ intentions by looking at the writings of well–known Founding-era figures. But an equally good argument could be made that American church–state thinking was better represented by Massachusetts, where tax–supported churches endured for over half a century. After all, it was Massachusetts’s Fisher Ames who framed the version of the Establishment Clause that was adopted by the House, not Madison. How do we know which Framers are the right ones?

To address the fact that the Framers did not necessarily all share the same attitudes about constitutional policy – a phenomenon that constitutional theorists call the “summing problem” – many of today’s “New” Originalists seek the objective public meaning of the words instead. Dictionaries and databases of word usage, rather than the writings of specific individuals, determine the meaning. In this case, however, there are at least two equal and opposing candidates. One is based on the concept of federalism, and it focuses on the words “respecting an establishment of religion.” Since “respecting” means “relating to,” a federal law banning state–level religious establishments would be unconstitutional because it would be a law relating to “an establishment of religion.”

The second candidate for the objective meaning is that the clause had nothing to do with protecting state establishments, and was meant simply to prohibit the formation of a national church. On this reading, “respecting” still means “relating to,” and “an establishment of religion” refers to a formal relationship of church and state like the Church of England. This interpretation is also well supported by eighteenth–century word usage.

Some justices and scholars have offered a third potential reading of the clause. “Respecting,” they argue, expands the reach of the clause to anything that might tend towards an establishment. That interpretation, however, is considerably less likely than the others based on a survey of eighteenth–century uses of the word “respecting.”

Yet the two remaining interpretations could lead in different directions in light of the Supreme Court’s incorporation doctrine – i.e., the idea that the Bill of Rights now applies to the states. The no–national–church reading could potentially be incorporated to mean no–state–churches. The federalism version, however, could prevent incorporation. As Justice Clarence Thomas said in Greece v. Galloway (2014), the “federalist logic… poses a special barrier to its mechanical incorporation against the States through the Fourteenth Amendment.” Justice Thomas has even suggested that the clause is so federalism–focused that it might not even prohibit a national church.

One of the difficulties with New Originalism is that it does not include a method for deciding between two equally plausible semantic readings of a constitutional text, just as Old Originalism offers no solution to the summing problem. No wonder Establishment Clause jurisprudence is in such disarray.

Fortunately, the Supreme Court explained how to resolve this kind of interpretive conundrum in one of its earliest cases. In the 1796 Hylton v. U.S. case, Justice William Paterson faced a similar set of circumstances involving the tax clauses. Equally good definitional arguments based on dictionaries and word usage supported inconsistent conclusions, with prominent Framers – Hamilton and Madison – taking opposite sides. As with the Establishment Clause, there was a summing problem for both New and Old Originalists.

Paterson’s method for resolving the interpretive question was to look for the specific compromise made at the Convention. That is, when there are good arguments supporting multiple meanings, the tie–breaker comes from identifying the Convention’s fully negotiated choice of a particular policy that the text was meant to represent. Rather than side with the personal preferences of the advocates for either interpretation – pro–tax Hamilton or anti–tax Madison – Paterson focused on the compromise position that the Framers adopted when they were acting together as a lawmaking body. That is the approach that Paterson – and virtually all American lawyers at the time – had learned from English jurists Edward Coke and William Blackstone.

If we apply Justice Paterson’s approach to the Establishment Clause, we need to return to the discussions in the First Federal Congress, where it is clear that the goal of that legislative body was simply to declare that there would be no national church. As Madison said several times in the House (and as reported in the newspapers), the point was that Congress “should not establish a religion, and enforce the legal observation of it by law.” What was being discussed was simply whether there could be a “Church of the United States.” As Connecticut congressman Timothy Pitkin, a lawyer and historian who wrote a two–volume Political and Civil History of the United States, said in Congress in 1811, it was “intend[ed] to prevent the establishment of a National Church, such as the Church of England – a refusal to subscribe to the tenets of which was to exclude a citizen from office, etc.”

The Framers and the ratifiers were not being asked to resolve their deeply held differences about church–state issues. Everyone could agree that there would be no formal national church no matter what they thought about the relationship of religion and government in their home states. As a result, there were no public petitions and debates about the Establishment Clause, as there had been when church–state issues came up in the states.

That is all there was to the adoption of the Establishment Clause. The Framers were not discussing the kinds of contentious church–state issues that were so divisive in the Founding–era states – or, for that matter, are still dividing twenty-first-century Americans. Many of our contemporary debates over the meaning of the Establishment Clause are based on the false assumption that the Framers meant to settle the difficult set of church–state issues with which they struggled in the states. Because we continue to disagree about these fundamental issues, each of us believes that “our side” won the church–state debate in 1789. But that simply was not the case. The Framers and ratifiers were asked, and they answered, one simple question: Does Congress have the power to create a formal national Church of the United States? They said no. If we seek constitutional answers to any other church–state questions, we will need to look elsewhere.

Donald L. Drakeman is Distinguished Research Professor in the Program on Constitutional Studies at the University of Notre Dame and a Fellow in Health Management at the University of Cambridge. This essay is an adaptation of “Which Original Meaning of the Establishment Clause is the Right One?” first published in The Cambridge Companion to the First Amendment and Religious Liberty, edited by Michael D. Breidenbach and Owen Anderson, Copyright © 2020 Cambridge University Press.