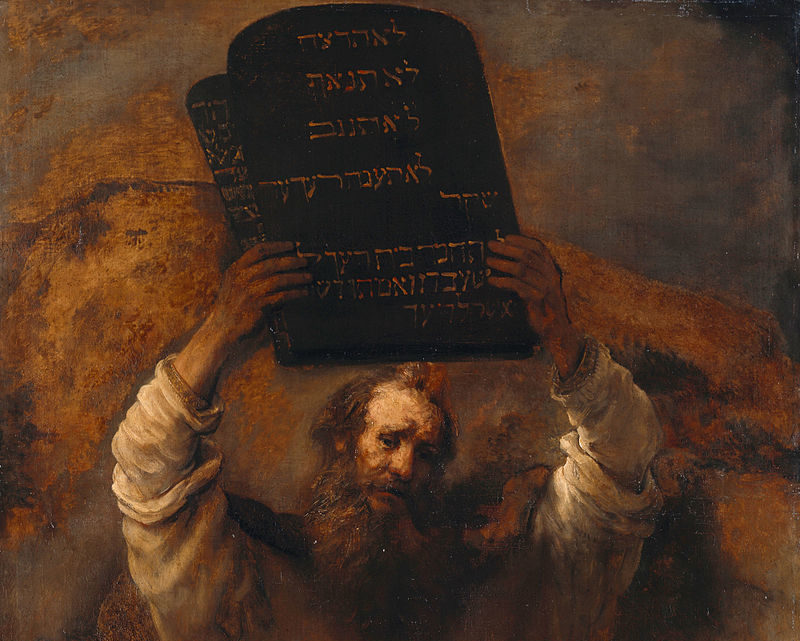 In “The Philosophical Meaning of Religious Exercise,” I argue that religion should be understood primarily as a characteristic form of human activity directed towards a being (or beings) whose nature transcends that of human nature. The paradigm of religious exercise therefore is worship, defined broadly as human activity directed towards the transcendent. Rejection of this paradigm, I argue, debases the concept of religion, and trivializes its distinctive status among other forms of human activity. Worship, as paradigmatic religious exercise, is further distinguished from basic moral actions, although such moral obligations can acquire the character of religion. I likewise defend the inclusion of voluntary act omissions under the concept of religious exercise, and argue that grave contradictions between civic obligations and religious commitments are fundamentally conflicts about moral values rather than over religious obligations per se.

My account ultimately affirms and defends the nearly universal intuition that religion refers to a special category of human activity. Religious liberty is a unique human right: it is not reducible to or identifiable with other rights, which may share similar aspects but in fact refer to fundamentally distinct human powers, such as the right to free speech, or the right to espouse certain metaphysical or ethical views. Religion therefore is special, and it deserves respect and protection as such.

I will comment only on a few of these points. The first contention of my essay is that the concept of religion cannot be coherently developed if it is assumed that “religion” is only a species of propositional belief. Instead, the concept depends on comprehension of social practices as foundational to human life in general, where such practices are integral to religion as offering a distinctive set of practical commitments for its followers. This claim rejects arguments that religion is simply a cosmological view conjoined with a moral system, or as Ronald Dworkin states in Religion Without God, “a science part and a value part.” The toleration of religious belief, in Dworkin’s view, is no more unusual or distinctive than the toleration of a moral worldview in general, and religious freedom is therefore “a central case of a more general right to ethical independence.” Yet to any member of a religious tradition, or indeed to any careful observer of religious sociology, such assertions about the essential character of religion appear patently false. Nobody who diligently shadows a devout Jew or Muslim for even a day could possibly claim that his or her religion consists merely in a set of propositional beliefs pertaining to metaphysics and morality. As Durkheim says, one does not just believe in a religion, one belongs to it.

My second claim concerns the role of social or ethical commitments within the account of religion. Many philosophers such as Dworkin have noticed that theistic religions impose ethical duties on their practitioners. If religion implies moral commitment, they argue, then moral commitments by themselves can constitute religion (no matter who holds them and what their content). But this is logically fallacious. It is true that religion usually involves or assumes a search for life’s meaning, but, as Tim Crane has also argued, “not every search for meaning is religious.” I propose that we should properly distinguish between religion and morality, while taking account of the conceptual and practical overlap between them.

According to Aquinas, the “proper and immediate acts” of religion, such as sacrifice and adoration, are those “directed to God alone”: these constitute what may be called the primary activity pertaining to religion. Secondary forms of religious activity are differentiated from the first by not being directed to God alone: such activities can be directed to oneself, as in the case of temperance, or directed to others, as in the case of visiting orphans, widows, and the poor. Activities of this secondary type can be “elicited” or “commanded,” according to Aquinas, because it is possible for them to be performed simply as acts of virtue or morality, and not as religious acts per se.

Virtuous or moral action can acquire the character of “religion,” only when they are “commanded” by the will as such. Religion is a virtue, in accordance with Aristotle’s conception of excellence, and like the other virtues, it consists of a habit or disposition for doing certain things at the appropriate moments and under the right circumstances: courage for doing courageous things, temperance for doing temperate things, and so on, when these are called for. Religion, in turn, is the habit or disposition for doing things “directed to God alone”: this is commonly called worship or religious devotion, and comprises activities ranging from individual prayer (“adoration”), to communal sacrifice and public liturgical and reverential acts. On Aquinas’s view, worship and devotion are clearly prior and more fundamental to the social and moral responsibilities associated with it, and they stand in relation to these latter responsibilities as an end stands in relation to its means. His account entails that the demands of the regular virtues – those not “directed to God alone” – must be understood by the agent as standing in relation to religious worship in the primary sense, as a means to an end. Otherwise, the fulfillment of such commitments may not be identified as “religious,” but are simply regular acts of excellence that would be good for any agent, religious or not, to do. Hence the usual ethical obligations required of any human being, qua human, must be “commanded” or directed by the agent’s ultimate intention of honoring God in order to acquire the character of being a religious act. Where no such ultimate intention exists, these ethical obligations are merely “elicited” by the demands of the virtue itself. Thus, Aquinas observes that the same action  – visiting orphans and widows – can be an act of religion, but also may be simply an act of mercy.

One implication of my account is that religious activity in the primary sense retains a characteristic form of religion regardless of the agent’s propositional beliefs. This argument has the consequence that an atheist priest may conduct a liturgical ritual, and yet his performance counts as a religious act. One may object that this amounts to a paradoxical or even overly severe account. If a state were to coerce its citizens to participate in religious activities of a particular kind, as Nebuchadnezzar required all of his subjects to bow before and worship a golden idol, my account entails that a reluctant subject could not resort to an internal act of willing against the very activity that one’s body performs: any bodily participation in state-enforced religion must be a religious act for even an unwilling subject. However, it seems to me that this is the correct conclusion: it is precisely for this reason that we identify religious coercion to be an intolerable assault on human rights and dignity.

The case of blasphemy or sacrilege bears a similar analysis. Activity that directly repudiates or slanders God has a characteristic form that exists qua blasphemy, merely by a criterion of material sufficiency. For instance, someone who is ordered to blaspheme by trampling on a holy image may attempt to internally deny that the meaning of such an action is that it is blasphemous, perhaps by willing that one’s action is only the saving of one’s own life. But such an attempt cannot be made coherent, any more than an act of embezzlement may be conveniently re-described by the embezzler as “saving for retirement.” Certain action descriptions are necessarily associated with certain forms of activity, regardless of one’s personal and private further intentions. My claim is that the primary form of religious activity has this descriptive and metaphysical structure.

The account I defend clearly excludes a conception of “religious atheism” from the First Exercise Clause. However, this should not be construed as a discriminatory move, for atheism and other forms of philosophical expression are protected by the Free Speech Clause of the First Amendment. Still, it may appear to some that my account privileges traditional monotheism as the only real candidate for comprehension of the concept of “religious activity,” particularly since the Thomistic explanation speaks of “God” as its end. Contrary to these appearances, my account endeavors to be sufficiently expansive to include ideas of “God” beyond merely the Judeo-Christian conception: for instance, traditions that do not explicitly assume the existence of a metaphysical Creator, but sufficiently narrow that it excludes systems of pure philosophical thought. Notably, Aquinas in the Summa Theologiae (2a 2ae, 81) relies on the pagan philosopher Cicero to support his main argument “that ‘religion consists in offering service and ceremonial rites to a superior nature that men call divine.’”

My account therefore develops and defends a pre-Christian concept of religion, according to which religion is essentially a form of activity or human action – rather than something primarily epistemological, or necessarily involving propositional beliefs. Teresa Morgan details this history: “Varro, one of the few ancient systematists of religion, categorizes Roman religious matters under priesthoods, holy places, festivals, rituals, and gods, but not beliefs. In Cicero’s On the Nature of the Gods, the Academic Cotta divides them even more simply into rituals, auspices, and warnings. In his own voice at the start of that work, Cicero offers a longer list of elements of religio, religious observance, which depend on human understanding of the nature of the gods: reverence, piety, holiness, ritual, fides, the swearing of oaths, temples, shrines, solemn sacrifices, and auspices. Even this taxonomy, though, is not usually seen as encompassing statements of belief. Belief, it seems, does not constitute a category in Greeks’ and Romans’ thinking about their own traditions.”

My account is neutral as to whether or not “God” exists in actuality. Therefore, it matters not on my account precisely how someone conceives of this “superior nature,” or whether there is one or many beings identified as divine. Should someone regard an evil being as divine and worthy of worship, according to my account, such an object would constitute an end for one’s religious activity, so long as one’s belief in such an object, qua “superior” in nature (or “supernatural”), is sincerely held. (Of course, we can assume that a polytheist must have a plausible metaphysical account of how multiple gods of co-equal power can exist simultaneously, and also presume that the logical and ethical coherence of worshipping an evil being needs defense, if the existence of a good and superior being is also assumed.) Nor does my argument depend on the success of any prior case to be made for theism. In order to affirm the Free Exercise Clause, one need not assume that the object of one’s sincerely held belief be necessarily veridical, or in correspondence with metaphysical reality. This suggests that the success or failure of proofs for God’s existence is irrelevant to the legal protection extended by the Free Exercise Clause: such protection instead aims to guarantee one’s commitment to the practical implications of one’s sincere conscience, whatever the divine object of belief, and whether real or illusory.

Dr. Janice Tzuling Chik is Associate Professor of Philosophy at Ave Maria University. Her research addresses the conceptual foundations of human action and its significance for American legal scholarship, particularly issues arising from First Amendment interpretation and discourse. She was previously a Visiting Research Scholar at University of Oxford (2017 and 2019), where she is an Associate Member of Blackfriars Hall, and was the 2019-2020 John and Daria Barry Foundation Fellow and Lecturer in Philosophy at the University of Pennsylvania. She holds degrees in philosophy, public policy, and music performance from Princeton University, the University of Texas at Austin and the University of St Andrews in the UK. This essay is an adaptation of “The Philosophical Meaning of Religious Exercise” first published in The Cambridge Companion to the First Amendment and Religious Liberty, edited by Michael D. Breidenbach and Owen Anderson, Copyright © 2020 Cambridge University Press.