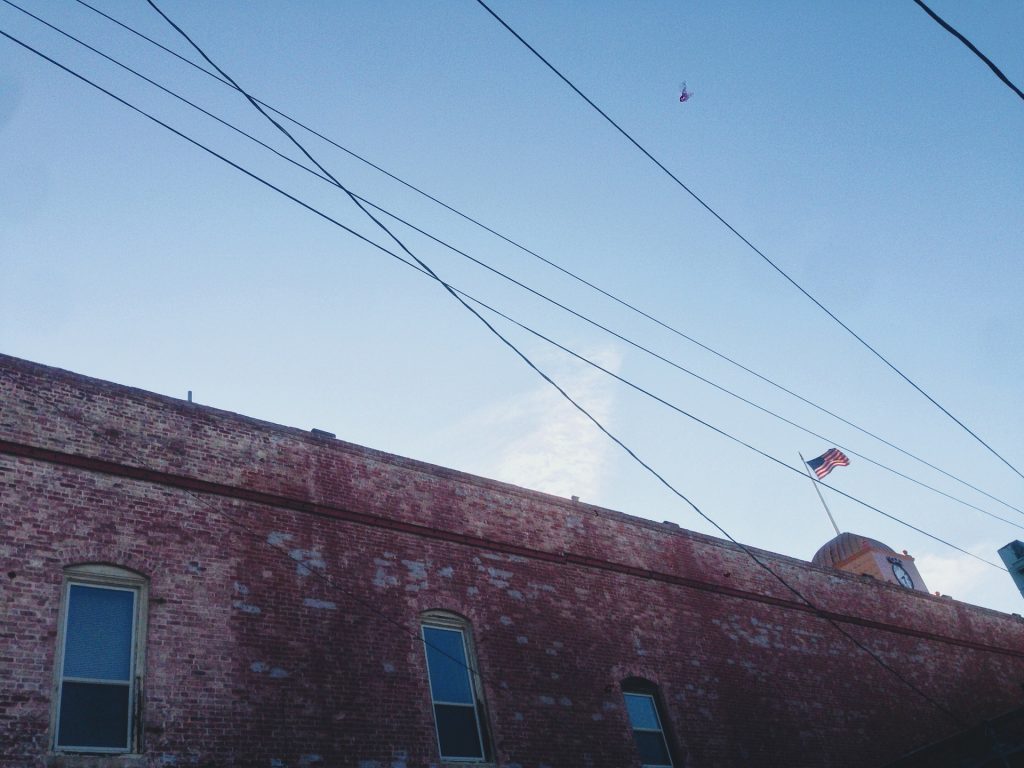 Donald Trump’s rhetoric and proposed policies are a reminder that America has always had as much ethnic as civic foundations for its nationalist imagination.

The year 2016 might become known as a moment of resurgent nationalism. The United Kingdom voted to leave the European Union largely based on Euroscepticism, a move that the Alternative for Germany movement seeks to replicate. In France and Italy, some politicians have clamored for a similar nativist push with the National Front Party and Northern League, respectively. Though Geert Wilders came up short in his Dutch campaign, Marine Le Pen retains hope for France. And in America, Donald Trump ran a successful presidential campaign based on vilifying Mexican and Islamic immigrants. Once in office, President Trump has sought to fulfill his promises by issuing executive orders to build a wall on the Mexican border and refusing refugees from Muslim nations. Yet these initiatives are far from new, especially in the American context. The rallying cry of “America First” is a mildly warmed-over refrain from previous eras of xenophobic policies.

Nationalism has sometimes been seen as synonymous with patriotism for one’s country. But the concept has a much deeper, and more complex, background. A “nation” is an imagined community of people bound together by race, culture, religion, language, or interests. It could, at times, be connected to a nation-state, but that has not always been the case. Nor has it often been the case. Indeed, prior to the Age of Revolutions during the late-eighteenth century, the period most scholars identify as the birthplace of nationalism, nations existed both within and without political borders. And even after the concept of “nation” became attached to a federal body, these underlying cultural anxieties concerning national belonging remained, albeit in nuanced ways.

These tensions concerning national allegiances, cultural solidarity, and racial exclusion have played an especially significant role in the development of American democracy, even if we like to think of our trajectory as distinct from the rest of the world. In potent ways, Trump and his fervent supporters remind us of the cultural—and often racial—entanglements of nationalist imaginations. Who should have access to the country’s constitutional rights? Who is best equipped to participate in a democracy? Without understanding the ethnic dimensions of these questions, scholars fail to see an important component to America’s democratic experience.

Scholars of nationalism have typically divided the topic into two categories: ethnic and civic. Those cultures that embraced “ethnic” nationalism came from central and eastern Europe, most prominently Germany and Russia, where deep genealogical ties bound communities together even as they were scattered across different kingdoms. Conversely, “civic” nationalism was supposedly a product of the French and British Enlightenment, as political thinkers conceived of ways to bind citizens together through a patriotic allegiance that transcended ethnic ties. The American Revolution, then, provided the first and most significant experiment in this form of national union, as people from divergent backgrounds united together to form a constitutional democracy. And as the country extended rights to more and more demographics and ethnicities over the next 150 years, this trajectory climaxes with the modern American culture rooted in heterogeneity. Civic allegiance, indeed.

Yet this narrative obfuscates the constant ethnic tensions at the heart of America’s democratic tradition. One of the first actions taken by the post-Constitutional Convention government was to pass the Naturalization Act of 1790, a move which limited citizenship to white males and explicitly excluded Native Americans, slaves, and free blacks. Despite the rise of anti-slavery sentiment in the Anglo-American world during the Age of Revolutions, the most dominant expressions of American nationality during its first few decades of existence were tethered to white superiority. Even those who flirted with ideas of abolishing the slave trade simultaneously promoted colonizationist schemes that would remove freed blacks to Africa to retain racial homogeneity within the states. The same roots of racial segregation were expressed in the forced removal of native communities, even tribes that had attempted assimilation like the Cherokee. To solidify novel practices of white freedom, early Americans proved committed to the exclusion of non-white peoples.

Later expansion to the West and immigration from the East prompted a reaffirmation of racial superiority within the nation’s political body. “We have never dreamt of incorporating into our Union any but the Caucasian race,” bellowed famed southern Senator John C. Calhoun after the Mexican-American War brought new land and bodies under American control. The thought of adding persons of Mexican heritage insulted Calhoun’s sense of national belonging. “Ours, sir,” he declared, “is the Government of a white race.” It required a war and radical reconstruction policies for African Americans to gain access to political rights. Even later, similar warnings were again sounded when the first Asian immigrants arrived to the West Coast, and the Chinese Exclusion Act, passed in 1882, forbade immigrants from China from coming to America until World War II, only two decades after Native Americans finally received citizenship. The admission of non-white ethnicities to America’s national body has always been delayed and contested.

There is an ideological justification for these actions that was couched within but not fully explained through mere racial disgust. These were not mere expressions of racism, but a fundamental performance of the national imagination. For a democracy to function, many believed, citizens had to share common interests, values, and priorities. And to those who pushed exclusionary policies, racial and ethnic barriers seemed too formidable to conquer. To have access to constitutional rights and participate in America’s political body—the imagined “nation”—required being part of the white race. Far from being the civic contrast to the European version of ethnic nationalism, American democracy has always been a racialized concept.

Donald Trump’s rhetoric and proposed policies are a reminder that America has always had as much ethnic as civic foundations for its nationalist imagination. The nationalism of his administration, as well as that of many of his supporters, is one committed to racial separation as well as federal allegiance. America’s hope of civic belonging has never overcome its trenchant phyletic fealty.

THE VERY PROMISE TO “MAKE AMERICA GREAT AGAIN” IS A CLARION CALL TO AN IMAGINARY PAST WHEN THE AMERICAN “NATION” WAS PURE—THAT IS, CONTROLLED BY A RACIAL MAJORITY.

The racial imperialism at the heart of America’s democratic tradition has constantly faced inward as much as outward. Indeed, a populist, anti-globalism agenda that seeks to disentangle the nation from foreign civilizations is often tethered to a concomitant desire to suppress, or at least hide, racial diversity at home. The overreaching goal is for cultural homogeneity. From early America’s enlightened liberals who pushed colonization simultaneously with anti-slavery efforts to the twentieth century’s FBI registering the Civil Rights activists as a one of their primary targets, there has been a consistent fear that an “internal enemy” might upend democratic order. Could a nation survive when minority populations supposedly held diametrically opposed interests to those of the majority? Rather than considering a realignment of national priorities and privileges, many have instead pushed domestic colonization efforts to domineer those on the margins.

Trump’s imperial approach to minority citizens has already been well documented. He denounced the Black Lives Matter movement and has constantly reaffirmed his support of “law and order,” a phrase that has a long cultural genealogy within the sphere of racial suppression. After constantly playing up the degraded nature of “inner cities”—racial shorthand more attuned to the Reagan Era than the present day—Trump threatened martial law if the city of Chicago failed to shape up. His nomination for Attorney General, Jefferson Beauregard Sessions III, has a checkered past when it comes to civil rights, and at one point called the Voting Rights Bill “a piece of intrusive legislation.” These are not radical departures but rather reaffirmations of previous and racialized federal agendas.

But the most poignant and consistent expression of Trump’s belief concerning democratic subterfuge is his accusations of voter fraud. Even after securing an Electoral College victory, the fact that he received nearly three million less votes than Hillary Clinton has prompted a continued complaint that a concomitant number of illegal votes must have been cast. This has been a common theme throughout American history, as whenever a racial body has voted in bloc the opposing party has cried foul. Following the Civil War, once African Americans gained suffrage and flocked to the Republic Party, Democratic candidates warned of voter degradation. “This is a white man’s country,” 1868 presidential candidate Horatio Seymore posited as his campaign motto, “let white men rule.” The roles were reversed less than a century later when reaction to the Civil Rights movement induced the Republican Party to coalesce around accusations of political malfeasance on the part of anti-segregationists. Throughout America’s story, there has been a persistent attempt to discredit racial voices as legitimate participants in the voting booth.

Donald Trump’s election has appeared to both validate and instigate more public expressions of ethnic nationalism. Congressman Steve King from Iowa made headlines when he declared that “we can’t restore our civilization with somebody else’s babies.” After being called out, King merely explained that he would “like to see an America that is just so homogenous that we look a lot the same.” Just two weeks later, prominent Trump surrogate Newt Gingrich claimed America must “defeat [the] left-wing mythology that you can be multicultural and still be a single country.” Left-wing critics have rightly called out these politicians, but have wrongly argued that they are alien to America’s political history. If anything, Trump, King, and Gingrich are an unfortunate perpetuation of one of America’s most salient and resolute nationalist themes.

The very promise to “Make America Great Again” is a thinly-veiled, clarion call to an imaginary past when the American “nation” was pure—that is, controlled by a racial majority. It reflects a persistent idea that democracies can only function when composed of a racially and culturally homogenous population. And as long as the mantra of “America First” remains synonymous with a mythic and racialized petition for the “First [White] Americans,” there will remain a cultural discord as millions of citizens fight for equal justice, constitutional rights, and democratic liberties. Yet we will not be able to directly and persuasively confront this threat until we recognize its historic and central role to the country’s nationalist imagination.

Benjamin E. Park is an assistant professor of history at Sam Houston State University. After receiving his PhD in history from the University of Cambridge, he served as the inaugural postdoctoral fellow in history at the Kinder Institute on Constitutional Democracy. His first book, American Nationalisms: Imagining Union in an Age of Revolutions, is forthcoming from Cambridge University Press. You can follow him on Twitter at @BenjaminEPark.