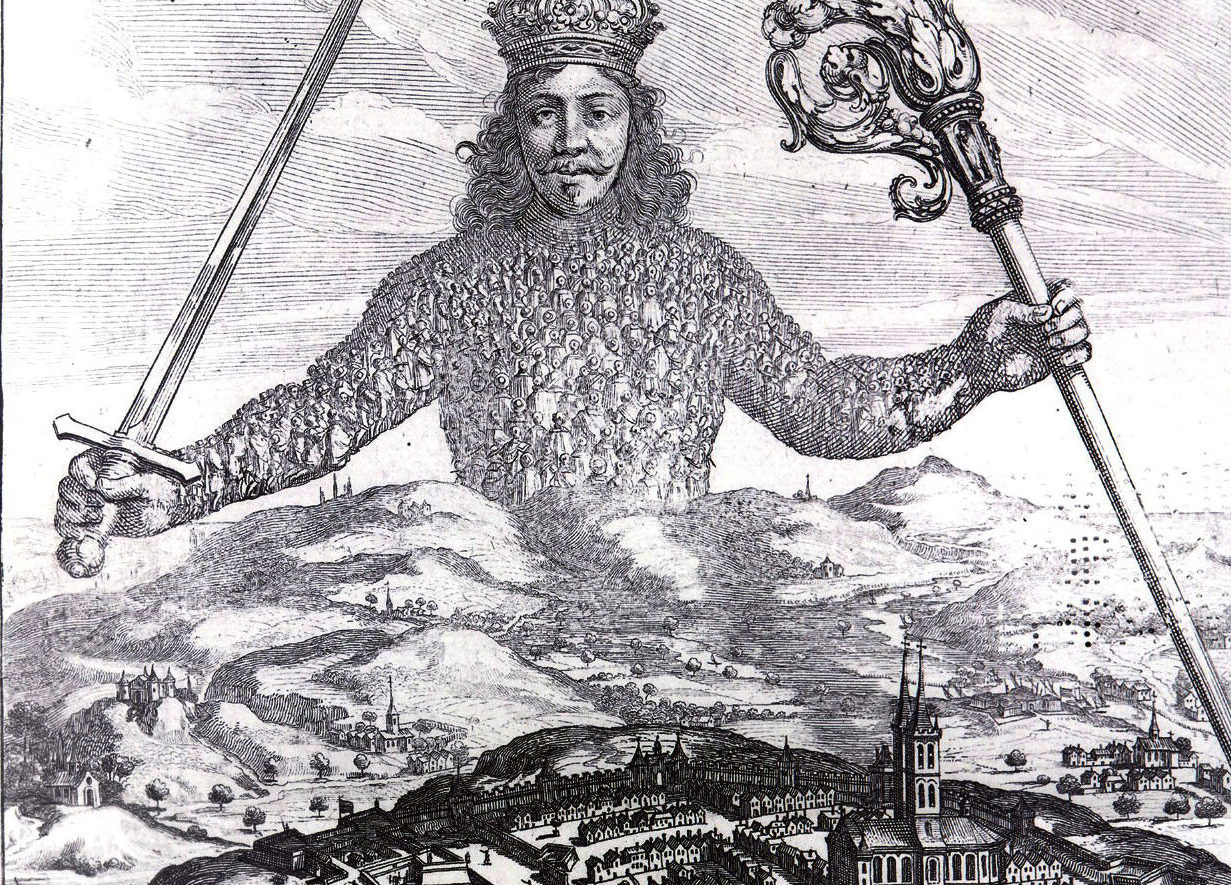 The Mütter Museum in Philadelphia is, for anyone who wanders through its doors, a rather morbid place.  Unlike the many museums of art and history that dot the city, the Mütter is obscure, known only by those who seek it.  It resides in a small, unassuming building, within which one finds much of the disorder and darkness that plague the human condition—most notable, a wall of well-preserved skulls.  Above each is a plaque describing how the person to whom it belonged died, and the circumstances by which it came into the museum’s possession.  Yet, despite the plaques giving these old bones historical context, each is merely a vestige of what was once a complete whole.

I begin with this ghoulish anecdote because it seems fitting of the current political climate in the United States and many modern liberal democracies.  One might be forgiven for seeing our nation as fractured into its constituent parts, each holding a plaque describing the nation to which they once belonged.  The philosopher Thomas Hobbes saw versions of this same sort of political disunity in the mid-1600s, and on that basis analyzed some of the more unpleasant aspects of human nature to understand why achieving political unity is so difficult.

While at the Jack Miller Center Summer Institute in Philadelphia last August, I had the privilege of hearing Ioannis Evrigenis, a graduate of my alma mater Grinnell College and current professor at Tuffs University, lead a panel discussion on Hobbes’ Leviathan.  Among the points Evrigenis made, I would note one in particular.  Hobbes argues that, in the condition of the state of nature, a state of absolute freedom, human beings realize that they lack something within themselves. Individuals in that state of nature feel a deep desire to commune with one another. This desire—the fear of death implicit in living apart from community—forms the basis of political society, wherein the individual recognizes that without the commonality society facilitates, he or she is deficient. Life without others is ultimately hollow and unfulfilling. Hobbes, however, also acknowledges the Aristotelian insight that, while human beings are born desiring to be political and social creatures, they initially lack the means by which to do so. For Hobbes, people must first be taught how to live with others in community.

Once united as a body politick—as Hobbes puts it, “a multitude of men… made one person”—the individual joins those around him and they together form a single will.  The single will of that body sustains the integrity of society, ensures that the rights of its citizens are maintained, and tries to prevent its citizens from suffering violence at the hands of others. This single will is total submission to Leviathan, to the governing authority, out of fear of the alternative.

Yet a society crafted in this way is rife with tension, stemming from the delicate balance between the rights of the individual (and their penchant for being “continually in competition for honor and dignity”) and the “peacekeeping” role of the sovereign.  How does a society, which can reductively be thought of as a number of individuals joined by circumstance, allow for individual wills to become a singular collective will?  In other words, how does an individual become unified with others?  It seems that we are left in a state of confusion, where the individual rejects the absolute freedom offered by nature, desiring to be a political and social creature, but cannot see the means by which he can make that desire reality.

Americans have also struggled with the idea of political unity, in part because the United States is often a land of contradiction.  The Founders envisioned America as a nation of freedom and opportunity, where people would be left free to pursue life as they saw fit.  Yet unity seems to arise out of that individualistic drive, out of a desire for self-preservation and fulfillment.  The Constitution itself is designed to balance that contradiction in its treatment of natural versus local governments.  As Tocqueville noted, America exhibits and maintains a kind of fractured identity except during times of crisis, when it is somehow able to rally itself around a single purpose, perhaps more so that any country in history.  And while America purports to possess freedom of thought as part of its ambition, Tocqueville knew of “no country where there was in general less independence of mind and true freedom of discussion than in America.”  The majority creates an ironclad room of permissible thought, wherein everyone is welcome to move freely, so long as public discourse is constrained by those bounds.

Perhaps it was easier in the eighteenth and nineteenth centuries for the United States to maintain the common unity that Hobbes believed necessary for the preservation of the polis, because it was easier to maintain the confined intellectual space that Tocqueville described.  From the beginning, America, as Crèvecœur was first to note toward the end of the eighteenth century in his Letters from an American Farmer, has always been a melting pot of cultures and ideas, but only recently have certain groups been able to express their thoughts.  After all, it is easier to maintain unity (and homogeneity) when your republic first models its voting system on ancient Athens.  When everyone who has previously been denied is given a voice, the political sphere becomes flooded with new ideas, many of which challenge the thoughts of those who came before.  While this is not inherently good or bad, this contemporary political reality and its consequences must be addressed.

One need look no further than the women’s suffrage or civil rights movements for evidence of this.  While some embraced the movements wholeheartedly, others asserted that change could or should not happen.  Faced with the influx of new ideas and perspectives, society may either opt to breakdown intellectual walls entirely and engage with new ideas or build them higher, to preserve communal homogeneity.  The United States, by and large, has a history of opting for the latter, and it continues to do so in the 21st century.

If one looks at the broader political landscape with Tocqueville’s metaphorical use of confined “idea” spaces in mind, it becomes clear just how fractured American politics is.  Though certainly not the only culprit, the rise of the Internet has coincided with a rise of echo chambers, in part because the former enables the creation and maintenance of the latter.  Though it may begin online, one can easily see the consequences outside of social media as well.  It cannot be denied that talking about politics in recent years has become a terrifying endeavor for some, if the deluge of op-ed pieces about fraught Thanksgiving dinners are to be believed.  This is understandable.  However, the refusal to engage simply exacerbates the issue, as it reinforces the idea on one side that “How could anyone think otherwise?” and on the other side that “Anyone who thinks this way is lost beyond hope.” Such fracturing, as Tocqueville indicates, will only become worse over time.

What are we to do then in the midst of voluntary social fragmenting, where groups and individuals wall themselves inside echo chambers, rejecting new ideas? The political solidarity Tocqueville praised is gone. Besides, rolling back the clock would disenfranchise millions. Hobbes, fortunately, provides the outline of a solution to the problem. Part II, Chapter XXX of the Leviathan details Hobbes’ education plan for cultivating a single will within political society. While these recommendations are largely geared toward inculcating citizens to submit to the sovereign, Hobbes also urges the teaching of respect for neighbors and their possessions. Most importantly for the present discussion, the goal of Hobbes’ education program is to regulate “judgment” over “fancy” and “reason” over “eloquence” so that citizens may live peacefully with one another in community.

For Hobbes, political unity bordered on moral prerogative. Although the contracts binding citizens may have been fictitious, the unity they produced was not.  He indicates that, as citizens, it is our obligation to be loyal to the power structure in place, and to find and thereby reveal an enlightened self-interest in obedience to that structure.  Life will never be perfect, and so differences and those private interests that could easily produce conflict must be set aside to ensure that society does not dissolve under the weight of repeated disobedience.

It would perhaps be soothing to say that we must promote education and discourse, but these things by themselves will not solve all America’s social ills.  As Alvin Toffler wrote, “The illiterate of the 21st century will not be those who cannot read and write, but those who cannot learn, unlearn, and relearn.” It is worth recalling Bertrand de Jouvenel’s acute remark that while mathematical problems have solutions, political ones do not.  While education simply might not be enough to bring about unity in modern America, at the very least it can, as Hobbes suggests, teach us how to talk to each other again—not as rivals, fighting against enemies, but as citizens working together for a common desideratum and through that, liberty.

In such a politically fractured time, the art of dialogue itself—of civil discourse—is essential, if not to come to consensus, then at least to increase citizens’ understanding and empathy for one another. The process might be slow, but that would nonetheless be better than maintaining present course.  One thing is clear: if we continue to isolate ourselves, reveling alone in our own thoughts, without those thoughts being scrutinized and questioned, we risk becoming metaphorical skulls in glass cases, warning signs for future generations of the sins of the past.

Benjamin Warner is a graduate student in English Literature at the University of Dallas. This essay is in part based on notes taken during the August 2019 Jack Miller Center Summer Institute, held in Philadelphia, PA.