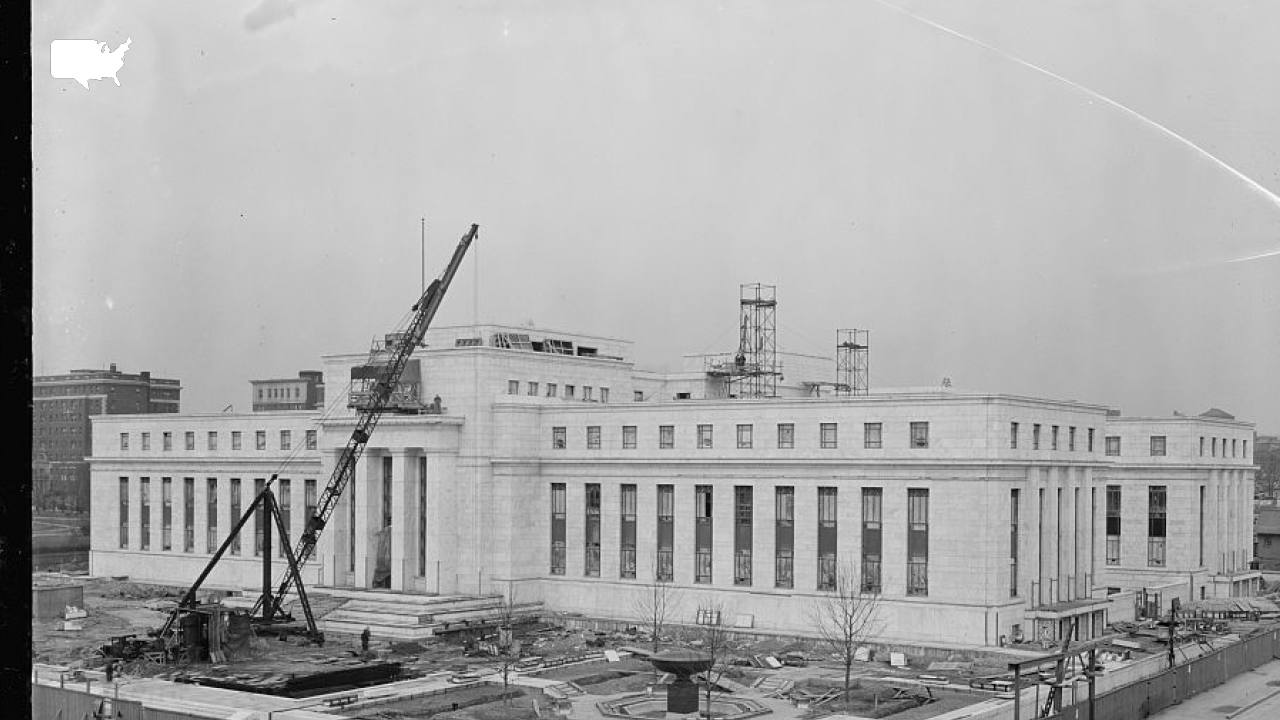 There had been two attempts to establish a central bank in the United States prior to the founding of the Federal Reserve: The First Bank of the United States in 1791, and the Second Bank of the United States in 1816. Both attempts failed because Jeffersonian and Jacksonian Democrats respectively refused to extend their charters because they regarded a central bank as a “monarchical” institution that lacked democratic legitimacy. Yet, under the impression of the effects of industrialization and urbanization on American society, around the turn of the twentieth century a sizeable segment especially of the urban American population gained the impression that the traditional laissez-faire approach to the management of the American economy was no longer viable, and that new instruments were needed. The rather loose reform movement building upon this conviction, comprehensively called Progressivism, suggested that in an industrialized society, the state and public institutions had to play a larger role than before. Thus, Progressives made public institutions that were not directly accountable to the people more acceptable to an important part of the American electorate.

The traditional forces rejecting a central bank were not gone however, and so Woodrow Wilson’s 1913 Federal Reserve Act represented a compromise: not a single central bank, but a central banking system with the Federal Reserve Board in Washington, D.C. and twelve regional Federal Reserve Banks, each of which initially could set its own discount rate. The position of the central Board was further curtailed by the Secretary of the Treasury as well as the Comptroller of the Currency having a seat on the Board as ex-officio members. The peculiar structure of the Federal Reserve and its decentralized decision-making process were direct results of a compromise between the interests of the urban, financial community and mostly rural groups harboring concerns about a central bank due to its dubious democratic legitimacy.

Although public opinion clearly favored reforming the Federal Reserve, Roosevelt drew heavy criticism for the Banking Act of 1935. Many Americans thought the reform was headed in the wrong direction. Instead of strengthening the regional Federal Reserve banks, which had the image of being more favorable to the general public and less under Wall Street’s spell, Roosevelt had centralized the Federal Reserve’s powers in the Board. The concept of democratic legitimacy had thus played a key role during the Great Depression. It enabled Roosevelt to break the Fed’s resistance to his policy by arguing that he as the directly elected representative of the people enjoyed a higher degree of democratic legitimacy. Yet the Great Depression also highlighted the complexity of democratic legitimacy because the specifics of Roosevelt’s reform provoked a political backlash that was itself based on that very concept.

The so-called “Accord” of 1951 restored the Federal Reserve’s independence after it had been under strong influence of the federal executive since Roosevelt’s reforms. Many historians regard the 1951 Accord as crucial for the achievement of institutional independence by the Fed. Actually, the Accord was less important than often thought because as soon as the Federal Reserve under Chairman William McChesney Martin tried to enforce anti-inflationary policies during the 1960s, several members of Congress embarked upon a campaign to reign in the Fed by arguing that this expert-led public institution could not act against the programs of the elected representatives of the people. During the 1960s and 1970s, this kind of political pressure on the Federal Reserve was quite effective and the Fed remained rather cautious in its attempts to counter inflationary tendencies caused by the Vietnam War, President Lyndon B. Johnson’s domestic “War on Poverty,” and the oil price shocks of the 1970s.

By the end of the 1970s, the hesitant anti-inflationary measures of the Federal Reserve had contributed to a period of high inflation. To resolve the crisis, the new chairman, Paul Volcker, announced a paradigm change in how monetary policy was to be implemented (“practical monetarism”). Volcker’s forceful anti-inflationary policy succeeded, but the process was painful. By the early 1980s, inflation had decreased from 15-19% to 3-4%, but at the cost of a fairly severe recession that lasted 16 months and drove unemployment to 10.5%. These economic consequences contributed significantly to President Jimmy Carter’s failed bid for reelection, because of which the Carter administration once more raised the question whether the Federal Reserve possessed the necessary legitimacy to intervene to such a degree in the economy against the wishes of the elected government. In 1979-80, Volcker countered such criticism with the argument that in public opinion, inflation had come to be seen as “Public Enemy No. 1,” and that a great majority of the people demanded energetic measures to bring inflation down. The issue of democratic legitimacy thus played a central role during the era of the Great Inflation as well. Only this time the Federal Reserve could use this concept to its favor by referencing public opinion to pursue a policy that ignored the president’s interests.

The Great Recession of 2007-09 once again brought the Federal Reserve and the question of its democratic legitimacy to the foreground of public consciousness. Critics ranging from “Occupy Wall Street” activists to Tea Party supporters echoed libertarian Ron Paul’s credo of End the Fed (the title of Paul’s 2009 book). Considering the severity of attacks on the Federal Reserve at that time, it may seem surprising that the institution not only preserved its independence, but was actually strengthened by the 2010 Dodd-Frank Act. There were several reasons for this outcome. For one, unlike during the Great Depression, during the Great Recession the president (both George W. Bush and Barack Obama) did not want to pursue a differing economic and financial policy. In addition, during the crisis both the president’s and Congress’s reputation with the public suffered even more than the Federal Reserve’s, which blunted in particular the Federal Reserve’s congressional critics’ traditional argument of their greater democratic legitimacy.

In summary, since its founding in 1913 the Federal Reserve System operated within a tension of striving for institutional independence and the criticism that since the Federal Reserve was neither elected nor accountable to the people, its policies did not always have the public good as its primary goal (however the various critics defined the public good). Grappling with this tension, the question of democratic legitimacy consequently significantly shaped the development and policies of the Federal Reserve. Conversely, analyzing the Federal Reserve’s history with a focus on democratic legitimacy can also serve as a lens to evaluate broad trends in American democracy more generally. For instance, the Federal Reserve’s founding highlights the implementation of Progressive reforms in U.S. politics, Roosevelt’s Banking Act of 1935 exemplifies the trend toward the expansion of the president’s role in the American political system, and Volker’s anti-inflationary campaign illustrates the increasing significance of polls and public opinion in general. The Federal Reserve’s strengthening in the wake of the Great Recession, finally, is indicative of politicians’ desire to shield themselves from unpopular actions in an increasingly heated and polarized political atmosphere—and the debate whether this newest instance of strengthening the authority and independence of a public institution not directly accountable to the democratic sovereign is for better or worse will continue.

Armin Mattes is an Assistant Research Professor and Assistant Editor of the Papers of James Madison at the University of Virginia. In addition to his work on Madison, his research focuses on the theory and practice of American democracy. He is the author of Citizens of a Common Intellectual Homeland: The Transatlantic Origins of American Democracy and Nationhood and the editor of Francis Grund’s Aristocracy in America.