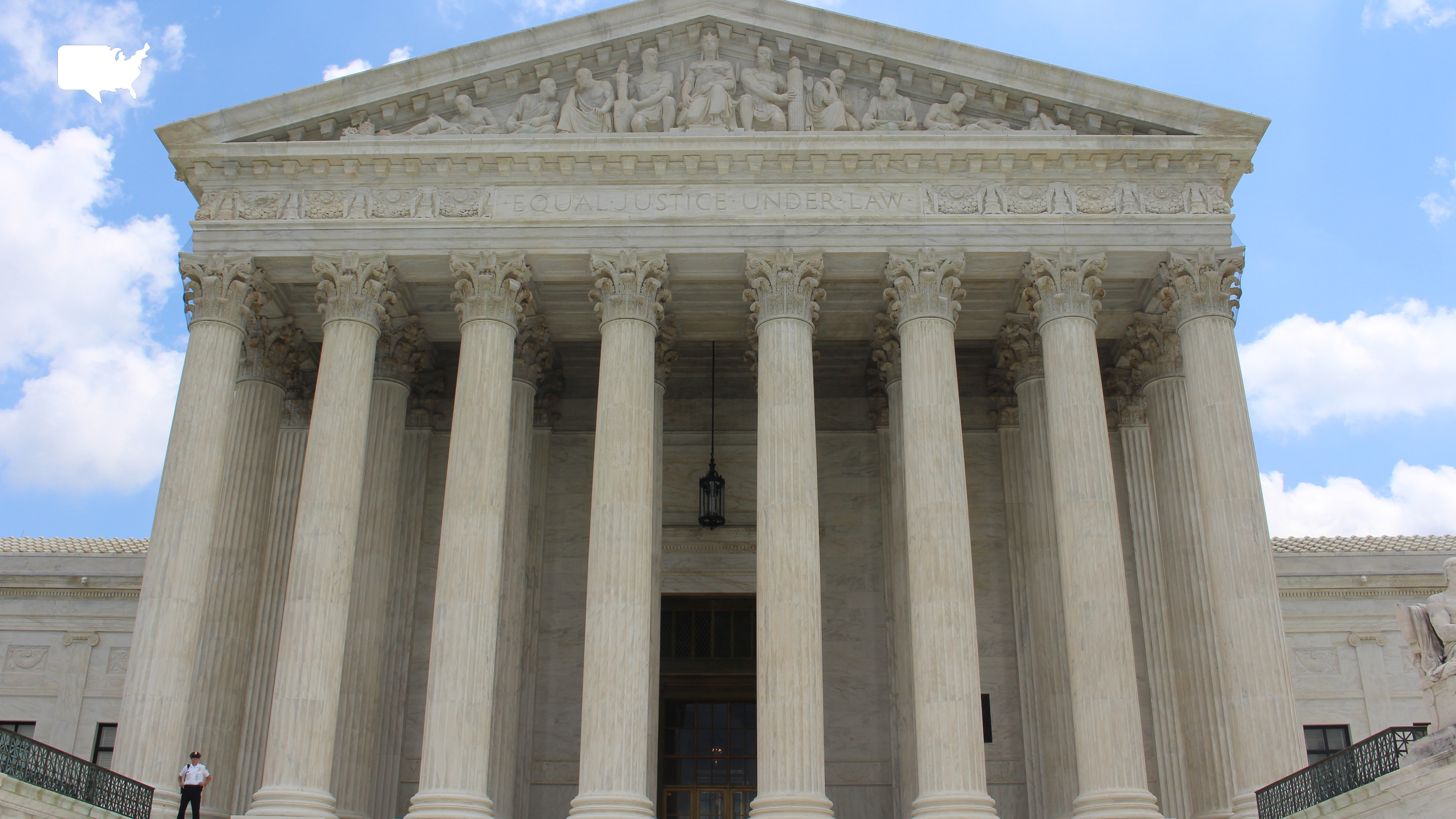 In the spring semester of 1856, a 25-year-old student at Harvard Law named James Bradley Thayer submitted an entry into the school’s annual essay competition.  Undoubtedly, he had the cash prize in mind. After all, Thayer did not descend from Boston’s patrician class that dominated Harvard; he had to fund his own education, given his family’s limited means. The winner of the essay competition would receive $60, a considerable sum at a time when Harvard Law cost around $300 annually.  Pursuant to the competition’s rules, Thayer produced his essay under a pseudonym. He attached an accompanying envelope that featured the same pseudonym on the outside and his true identity enclosed within.  The faculty members could not have been terribly surprised when the essay they selected for “first prize” turned out to be Thayer’s handiwork; he ranked first in his class.  While the cash award was a welcome development for Thayer, the real value of the essay lay in the germ of an idea limned in its pages, an idea that would change the course of constitutional history: judicial restraint.

Thayer’s winning thesis previewed the argument for which he would later become famous.   He insisted that judges can nullify laws only when the legislature brazenly oversteps its constitutional limits.  On matters of policy, he declared, “The judiciary may not substitute their discretion for that of the legislature.”

Nearly four decades later, Thayer—then serving as the Weld Professor at Harvard Law—would elaborate on this basic premise in his career-defining article: “The Origin and Scope of the American Doctrine of Constitutional Law.”  Published in 1893 in the Harvard Law Review, the 28-page essay explored the proper bounds on judicial review.  Thayer forcefully argued that the bench must afford legislation a presumption of constitutionality.  The question, then, was not whether a presiding judge believes that a given statute comports with the constitution but whether anyone rationally could.  If so, the law must stand.  As Thayer famously put it, the courts “can only disregard the Act when those who have the right to make laws have not merely made a mistake, but have made a very clear one,—so clear that it is not open to rational question.”  His theory applied to American courts, legislatures, and constitutions regardless of whether they were federal or state.

Judicial restraint comes in many flavors.  A judge can exercise restraint by adhering to stare decisis and respecting precedent.  An originalist might try to restrain her preferences by relying on the framers’ intent.  But the genre of restraint that preoccupied Thayer was judicial deference to legislatures. He believed in the democratic process.  For him, the proper forum to remedy legislative mistakes is not the courtroom but the ballot box.  If we resort to an unelected bench to save democracy, it is already lost.

Of course, Thayer hardly invented judicial deference to legislatures.  He himself was quick to note that the doctrine had a venerable legacy in American history.  But as I argue in my new book, The Prophet of Harvard Law, it was Thayer, more than any other figure, who catalyzed the premium on judicial restraint that emerged in the Progressive Era and then reverberated, in various forms, over the ensuing century.  Attributing such outsize influence to a long-forgotten scholar—one who never sat on the bench nor even published all that much—might seem a touch of hyperbole.  To appreciate the scale of Thayer’s impact, we must look beyond judicial opinions or stacks of widely cited books. The primary site of his vast reach was the classroom.

Thayer was beloved by his students at Harvard Law.  He created deep personal connections with his pupils, and their admiration for him primed them to embrace his theory of judicial deference.  Thayer’s powerful effect on the students was not lost on his colleagues.  “No one can measure his great influence upon the thousands of his pupils,” a fellow professor declared shortly after Thayer’s passing. “His unfailing readiness to assist the learner, out of the class-room as well as in it . . . gave him an exceptionally strong hold upon the affections of the young men.”  These young men in time became leaders of the bench, bar, and academy.  From their privileged perches, they espoused the principle of restraint they had first learned at Thayer’s feet.

It is remarkable just how many iconic names in the pantheon of great judges and jurists were steadfast Thayerites.  The Supreme Court justice Louis Brandeis was a star student of Thayer’s.  Brandeis’ compatriot on the high court, Oliver Wendell Holmes, never took courses with Thayer but was the happy beneficiary of Thayer’s mentorship.  Many of Thayer’s protégés revered him as a quasi-religious figure bequeathing to them sacred truths.  John Henry Wigmore, who would become dean of Northwestern Law, referred to Thayer as his “master and father-confessor” and counted himself among Thayer’s faithful “disciples.” The greatest appeals court judge in American history, Learned Hand, described Thayer as a “prophet.” Felix Frankfurter began his studies at Harvard Law just after Thayer’s death but nonetheless hero-worshipped the late scholar. Frankfurter exalted Thayer’s theory of judicial restraint as his “Alpha and Omega,” the two Greek letters that taken together refer to God in the Book of Revelation.

These judges and jurists came to exalt Thayer’s ideas not just because of their pious devotion to the man.  They were progressives of various stripes who found in Thayerian restraint a tool to manage the turbulence of the early twentieth century. Industrial capitalism was then generating extraordinary wealth for a select few.  It also exacted a brutal toll on innumerable laborers who toiled long hours in dangerous jobs for little pay.  Lawmakers in statehouses and Congress, responsive to the outcry of the voting masses, passed sweeping legislation to mitigate capitalism’s excesses.  Judges were generally slower than legislators to comprehend novel industrial realities and, in a number of high-profile cases, struck down new regulations.  Reformers decried an activist bench for privileging its policy preferences over those codified by the people’s representatives.  Thayer’s canonical “Origin and Scope” article provided a basis on which to mount a defense of progressive legislative achievements against judicial interference.

It would be a mistake to assume that Thayer’s own motivations were similarly partisan.  After all, his prize-winning thesis in 1856 long predated the grand battles of the Progressive Era pitting reform-minded legislators against conservative judges.  Thayer’s endorsement of judicial restraint was not a convenient justification for a partisan agenda. Rather, he was committed to restraint as a matter of principle.  The presumption of constitutionality that he advocated was neither inherently left wing nor right wing; it could apply as readily to conservative legislation as to progressive statutes.  It just so happened that, as an accident of history, Thayer’s ideas would more immediately resonate with liberals in the wake of his death.

In an about-face during the Warren Court, judicial activism became a vehicle for a liberal agenda. The right wing responded by picking up the Thayerian mantle of restraint. Thayer’s most prominent acolyte of that age was Alexander Bickel, the noted conservative scholar at Yale Law whose writings have influenced Federalist Society types such as Samuel Alito.  The language of judicial restraint permeated the conservative legal vernacular.  But it turns out that conservatives were susceptible to inconsistency. (To be sure, so were many liberal Thayerites; the likes of Brandeis and Frankfurter tossed aside their commitment to deference at their convenience.)

Many conservatives assailed Chief Justice John Roberts, a Republican appointee, for upholding the individual mandate in “Obamacare” in 2012.  By joining with the Court’s four liberals, Roberts handed a major victory to a Democratic president, all in the name of judicial restraint. “We possess neither the expertise nor the prerogative to make policy judgments,” Roberts declared in the majority opinion. “Those decisions are entrusted to our Nation’s elected leaders, who can be thrown out of office if the people disagree with them. It is not our job to protect the people from the consequences of their political choices.”  This reasoning was Thayer par excellence.  In the words of Thayer’s celebrated “Origin and Scope” article, “Under no system can the power of courts go far to save a people from ruin; our chief protection lies elsewhere,” namely, the polling station.

Notwithstanding conservative paeans to restraint, Roberts’ refusal to void in total the Affordable Care Act incited major backlash from the Republican commentariat.  The American Spectator suggested Roberts was guilty of “treason.”  At the National Review, Roberts’ betrayal was taken as evidence that “conservative justices can be blackmailed by left-wing editorialists.” Eight years later, conservatives found themselves more reliably insulated from Roberts’ whims when progressive stalwart Ruther Bader Ginsburg was replaced by conservative stalwart Amy Coney Barrett.

It would be surprising if this new era of right-wing dominance on the high court coincided with an enduring premium on restraint in conservative circles. Conservatives wield real power on the bench and want to use it. This past summer, they notably struck down a 108-year-old New York statute regulating gun use in New York State Rifle v. Bruen.  If that case is any indication, judicial deference to blue-state legislatures will not be a dominant feature of the high court moving forward.

There are signs that at least some conservatives are ready to abandon nominal pretenses to restraint. Adrian Vermeule, a conservative scholar at Harvard Law, has recently touted a new jurisprudence: “common-good constitutionalism.”  In this approach, restraint does not assume a central role. Instead, judges should find in the Constitution a license to promote “substantive moral principles” from the bench. These principles, Vermeule tells us, include respecting authority and familial cohesion.  Those who disfavor Vermeule’s creed might at least appreciate his candor.

If conservatives indeed abandon judicial deference—not just in practice but even in theory—then are we poised to see a liberal renaissance for the principle of restraint? I am skeptical. Restraint is unlikely to become a lodestar for today’s legal progressives the way it once did for the aspiring judges and jurists who packed Thayer’s classroom.  Judicial restraint does not breathlessly harmonize with the liberal instinct to interpret the Constitution in light of changing conditions.  Surely, liberals and conservatives alike  will still tout the virtues of restraint at discrete moments when they want to salvage a particular piece of legislation under review.  Restraint will live on in this zombified form.  But the kind of principled jurisprudence that Thayer championed—grounded in a conviction that democracy must demand more of voters and less of judges—may have already become as much an artifact of history as the beloved professor himself.

Andrew Porwancher is the Wick Cary Professor of Constitutional Studies and the coauthor of The Prophet of Harvard Law: James Bradley Thayer and his Legal Legacy (Lawrence: University Press of Kansas, 2022), from which this essay is adapted.