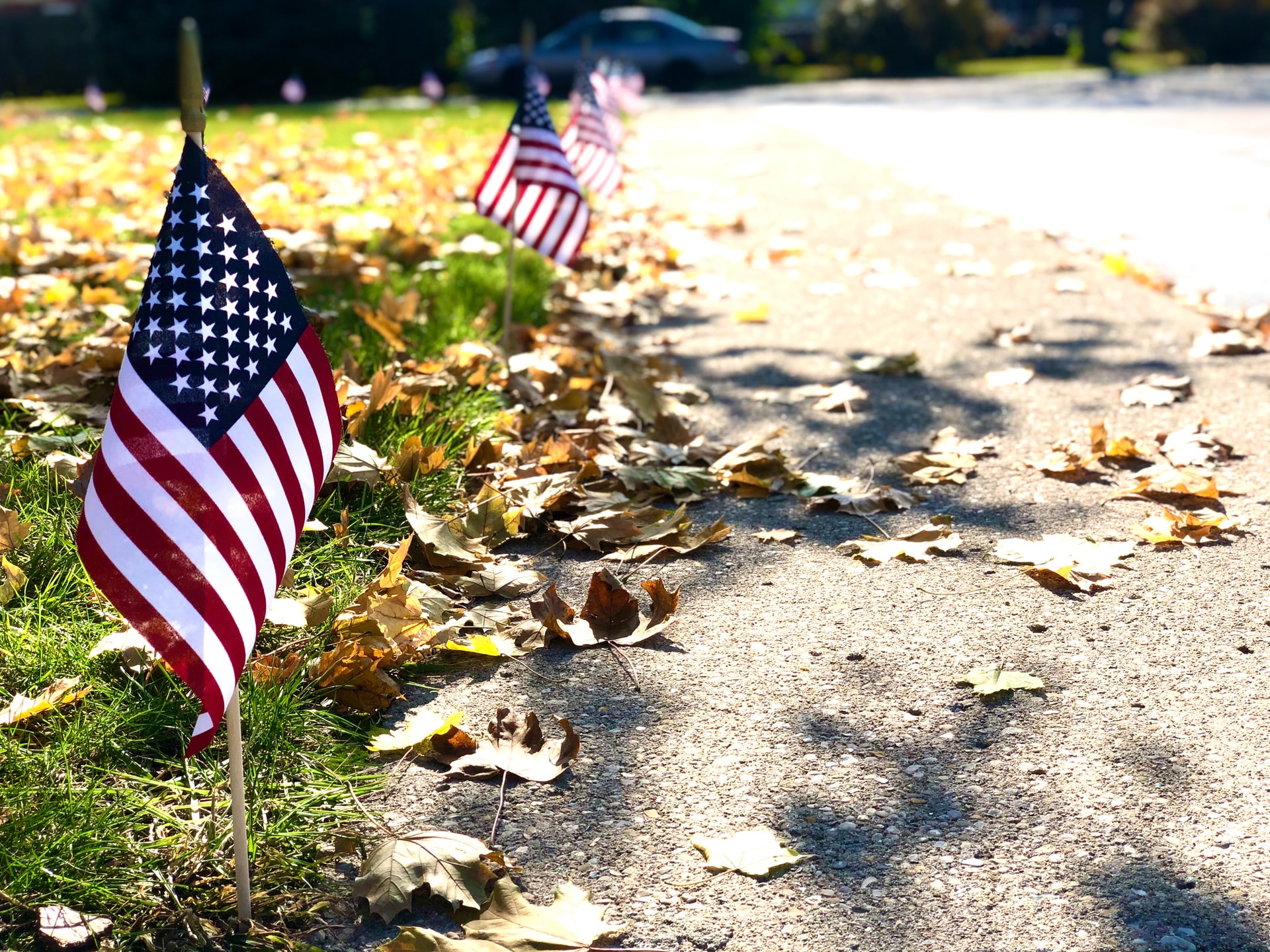 A pervading theme of Madison’s and Lincoln’s reflections on American identity is the moral and psychological realism that informs both men’s reflections. The second installment of a two-part essay.

In Part I of these reflections, I observed that the Founders along with Abraham Lincoln held Americans to be a distinctively creedal people, united in their affirmation of the natural-rights principles summarized in the Declaration of Independence and in their devotion to constitutional republican government. With such a conception of American identity they were only partly satisfied, however, because they regarded political identity as a matter of the heart as well as of the mind. Let us recall the fuller suggestion as to the elements of American identity that appears in Madison’s peroration of Federalist No. 14:

“Hearken not to the unnatural voice which tells you that the people of America, knit together as they are by so many cords of affection, can no longer live together as members of the same family; can no longer continue the mutual guardians of their mutual happiness; can no longer be fellow-citizens of one great, respectable, and flourishing empire…. [T]he kindred blood which flows in the veins of American citizens, the mingled blood which they have shed in defense of their sacred rights, consecrate their Union and excite horror at the idea of their becoming aliens, rivals, enemies…. Is it not the glory of the people of America that, whilst they have paid a decent regard to the opinions of former times and other nations, they have not suffered a blind veneration for antiquity, for custom, or for names…? To this manly spirit posterity will be indebted for the possession, and the world for the example, of the numerous innovations displayed on the American theater in favor of private rights and public happiness…. Happily for America, happily we trust for the whole human race, (America’s leaders) pursued a new and more noble course. They accomplished a revolution which has no parallel in the annals of human society. They reared the fabrics of governments which have no model on the face of the globe. They formed the design of a great Confederacy, which it is incumbent on their successors to improve and perpetuate.”

AFFINITIES BASED ON BLOOD AND TRADITION ARE TO BE SUPPORTIVE OF REASON, NOT EFFACED BY REASON.

Present-day, post-Civil Rights Era readers will note with particular interest Madison’s reference to “kindred blood” as a constituent of American identity. To many such readers, the reference will inevitably raise the specter of racism, of white nationalism or white supremacy in particular. Such concerns are understandable in our present context, but an endorsement of racial or ethnic supremacy forms no part of Madison’s meaning.

It is true that Madison and the Founders on the whole were neither radical cosmopolitans nor thoroughgoing integrationists. They believed that America’s historical black-white antagonisms were too powerful to overcome and that immigration must be prudently managed with attention toward cultural and political affinities. “Are there no inconveniences,” Thomas Jefferson asked in his Notes on the State of Virginia, “to be thrown into the scale against the advantage expected from a multiplication of numbers by the importation of foreigners?… Every species of government has its specific principles. Ours perhaps are more peculiar than those of any other in the universe…. Yet … the greatest number of emigrants … will bring with them the principles of the governments they leave, imbibed in their early youth; or, if able to throw them off, it will be in exchange for an unbounded licentiousness.”

About the Founders’ wariness of an unregulated immigration, two crucial points must be noted. First, their wariness proceeds primarily from an attention to political and cultural, not ethnic or racial affinities. The Founders harbored a general disdain for romantic racialist fancies of the superiority of their European origins (see Federalist No. 11). Second and more important, Madison’s notion of kindred blood or common ancestry admits of a significant dynamism. Kindred blood is blood traced through one’s parents and prior ancestors—whoever those might be. Ethnic boundaries are naturally permeable. As the mingling of blood via marriage across ethnic or (so-called) racial lines proceeds, it broadens Americans’ common ancestry as it blends previously disparate identities into a common American identity. Historians of late have been interested to show how the category of “whiteness” has expanded throughout American history. Whatever Madison himself may have expected, the general concept he invoked yields no reason to assign any fixed, natural limits to that expansion.

That point gains further force when conjoined with Madison’s reminder of “mingled blood” and with his larger emphasis on innovation. Blood mingled by experience may form a bond of equivalent strength to that of blood originally kindred. In Madison’s suggestion, whether via common ancestry or shared experience, attachments by blood conjoin with attachments by history or tradition, and both are to deepen our attachment by principles. Madison praised Americans for rejecting “a blind veneration of antiquity,” not for rejecting veneration of the past altogether as a constituent of national identity. Affinities based on blood and tradition are to be supportive of reason, not effaced by reason.

Lincoln added flesh to this idea when, in his First Inaugural, he made his last, urgent appeal to his “dissatisfied fellow countrymen” to reconsider their secessionist course. He did not then propose the rule of “cold, calculating, unimpassioned reason,” as he had in his first major public speech in 1838. He instead declared his faith, in words that themselves added to the store of Americans’ venerated memories, that the “mystic chords of memory, stretching from every battlefield, and patriot grave, to every living heart and hearthstone, all over this broad land, will yet swell the chorus of the Union, when again touched, as surely they will be, by the better angels of our nature.”

IN LINCOLN’S RENDERING AMERICAN IDENTITY APPEARS AS A SOURCE OF OBLIGATION, THUS OF REPROACH AND SELF-CORRECTION WHERE NEEDED, EVEN AS IT IS A SOURCE OF SELF-AFFIRMATION.

To this discussion of the affective bonds of national identity, two additional considerations are pertinent. The first concerns Madison’s appeal to a spirit of national greatness. Notably, as he concluded the Federalist’s argument for the “utility” of the Union, Madison did not appeal to utility in the ordinary sense. He addressed Americans not as creatures of material interest, united in a low if reliable pursuit of prosperity, but rather as creatures of honor and desirers of glory, mindful of duty and inclined toward nobility.

The second point adds further leavening to the first. In Madison’s invitation to Americans to identify themselves as a nation of glorious innovators and benefactors, there is a certain pagan quality, reminiscent of Pericles’s depiction of Athenian identity in the famous Funeral Oration recomposed by Thucydides—America as self-sufficient nation, needful of nothing and perhaps even indebted for nothing. Madison’s statement is not devoid of humility; he acknowledged America was capable of improvement, even needful of it, as he declared such improvement “incumbent” on succeeding generations. It is, however, a muted expression of humility, and it lacks a vital element that Lincoln in his most profound and memorable orations would supply.

At Gettysburg, even as he presented America as a new nation, bearer of the new law of human equality and rights, Lincoln also presented America as a nation “under God”—a nation perhaps peculiarly favored by God but also peculiarly obliged, and certainly one subject to judgment by God for its transgressions. In Lincoln’s rendering at Gettysburg and especially in his Second Inaugural, American greatness is presented in terms not of pagan self-sufficiency but rather of biblical humility; American identity appears as a source of obligation, thus of reproach and self-correction where needed, even as it is a source of self-affirmation.

AMERICA WOULD BE THE NATURAL-RIGHTS REPUBLIC, BUT THAT IDENTITY WOULD DRAW MUCH OF ITS VITALITY FROM SUB-RATIONAL AND SUPRA-RATIONAL ATTACHMENTS BASED ON BLOOD, TRADITION, AND FAITH.

From this brief consideration of Madison’s and Lincoln’s reflections on American identity, we may derive a few summative lessons in closing. A pervading theme is the moral and psychological realism that informs both men’s reflections.

The primary lessons are closely interrelated. By their concern to cultivate it, both Madison and Lincoln imply (1) a sense of common identity is necessary to the health of the American republic as to that of any republic; (2) the requisite sense of identity is an artificial and fragile thing, in need of mindful cultivation; and (3) the power of human reason is insufficient in itself to sustain a healthy sense of political identity. America would be the natural-rights republic, its identity grounded in principles evident to reason and sustained by a deliberate effort in civic education, but given the natural weakness of reason as a ruling power, that identity would draw much of its vitality from sub-rational and supra-rational attachments based on blood, tradition, and faith. These primary lessons yield several further corollaries.

One vital corollary derives from Madison’s suggestion that a nation proper is constituted to some significant degree by a sense of “kindred blood.” In America as in any society composed of people from widely diverse ancestral origins, it is imperative that the idea of kindred blood be interpreted so as to unite rather than to divide. American civic education, along with policies in such matters as immigration and racial reform, must respectfully and firmly promote principles of integration and assimilation, not of ethnic or cultural difference.

A further set of corollaries derives from the idea of national identity as a matter of shared memory. Such memory sustains national identity by binding citizens together across generations by sentiments of gratitude and obligation, along with emulation. Particularly striking in this respect is the emphasis both Madison and Lincoln place on the unifying power of the experience of war. Madison’s appeal is to blood “mingled” as it was “shed in the defense” of Americans in the revolutionary war; Lincoln’s mystic chords of memory stretch “from every battlefield, and patriot grave.”

There is more to this point than a reminder of the realist truth that war, or the presence of a threatening enemy, is both a natural incident of the human condition and a powerful unifier of peoples—though in an age of globalist idealism, the reaffirmation of that truth is itself salutary. The deeper point in Madison’s and Lincoln’s observation about war is that the sense of national unity and identity is constituted powerfully by the experience of shared sacrifice. Lincoln’s reference to “the last full measure of devotion” is paradigmatic. The sacrifice must be deep and the cause must be both national and noble; Madison referred to Americans’ blood mingled “in defense of their sacred rights.” Reason can show the justice and even nobility of a great cause, but only sacrifice of this sort can sacralize it.

In this consideration concerning memory we see, finally, the crucial role of historians, the custodians of national memory, and of poets in the broad classical sense, especially musicians and storytellers, the custodians of popular sentiment and imagination, in the constructing of national identity. Of no little significance in this respect is the fact that Madison’s almost fleshly “cords” of affection become, in Lincoln’s refashioning, the “mystic chords” of memory, sounded by the better angels of our nature to swell in our minds and hearts the chorus of Union.

Peter C. Myers is Visiting Fellow in the B. Kenneth Simon Center for Principles and Politics at the Heritage Foundation and Professor of Political Science at the University of Wisconsin-Eau Claire.