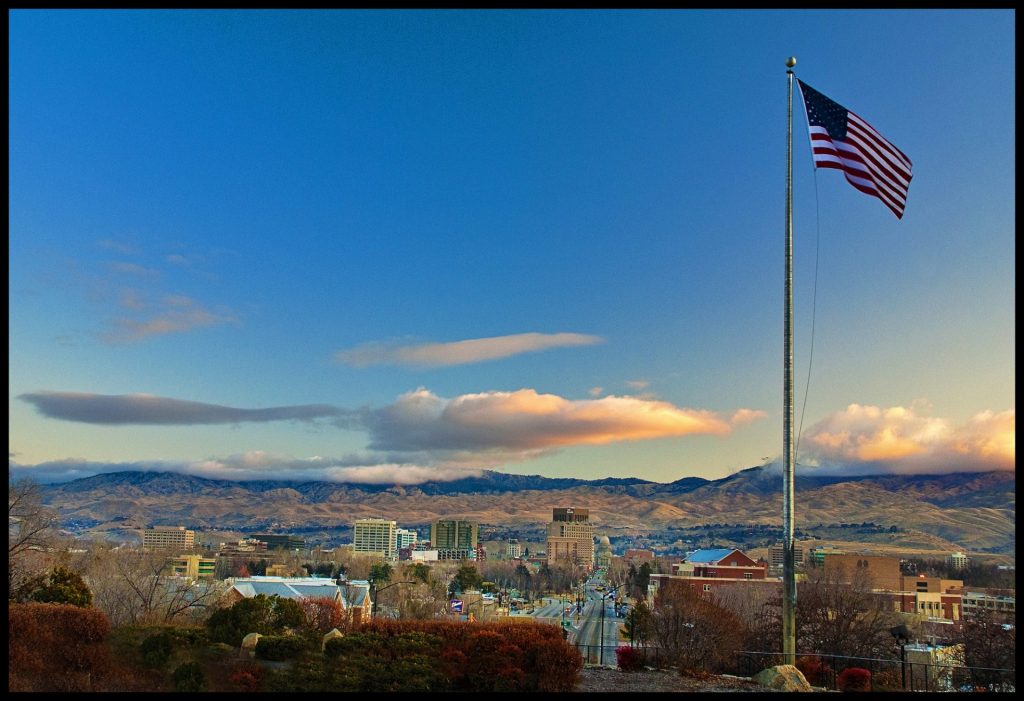 The Declaration echoed the united voices of the ancients and moderns on the idea of nature’s relevance for politics, and highlighted the constructive character of preceding European political thought.

Historians of political thought tend to focus their scholarly powers on showing how important particular lines of influence were to the Declaration’s background at the expense of other, competing lines of influence. This is a useful and often productive endeavor, as it highlights the various and diverse resonances between the Declaration’s ideas and preceding ones in Europe. It is a well-established fact that Jefferson and the other members of the Continental Congress were thoroughly versed in Western political thought, from its ancient to its contemporary Enlightenment manifestations. They drew self-consciously on many elements of this Western intellectual tradition in fashioning their arguments for independence and, later, for the framing and adoption of the Constitution.

The way in which Jefferson and the Declaration’s other authors did so, however, is somewhat different from the way in which many scholars tend to assume. Rather than imbibing abstract political theories from philosophers and books and subsequently applying them to practical political life—as would happen to some extent in Revolutionary France—, the revolutionary Americans came to European political philosophy having already cultivated the seedlings of political philosophy themselves, sprouted through their practical experience of personal, communal and political life in the New World.

The intellectual culture of the North American colonies was, to be sure, never an island cut off from European influence. The island-like geographical situation of North America did, though, mitigate the extent to which the “American mind” was beholden to its European counterparts and predecessors. It also informed and affected the way in which this mind, as expressed in the Declaration, processed and viewed its European antecedents. This consideration, combined with the practical political context of the North American colonies as relatively new, self-governing societies, allowed the Declaration to be new and original even as it drew upon old and borrowed ideas.

As scholars such as Jack Greene have noticed, Europeans in the 17th and 18th centuries were fascinated by the political possibilities represented by the North American continent. Ideas of utopia and an illuminating pre-political state of nature gained currency in European political thought at the same time that these ideas were being projected upon and imagined to actually exist in America. Locke, to take the most pertinent example, said that “In the beginning all the world was America,” and frequently used the European experience in America as an example of a state of nature-like situation. According to Locke, the American settlers were uniquely positioned to evidence and enact in practice the political principles he outlined in theory.

THE AMERICAN COLONISTS WERE SITUATED AT THE VANGUARD OF A HISTORICAL MOVEMENT IN FAVOR OF RESURRECTING NATURE’S RELEVANCE FOR POLITICAL LIFE.

The attitude of Locke and other European observers of the American situation was, moreover, similar to that entertained by the American settlers themselves upon their journey to and arrival in the New World. Beginning with the Mayflower Compact on the one hand and John Winthrop’s famous speech aboard the Arbella in 1630 on the other—more than half a century before the appearance of Locke’s Two Treatises in England—many American settlers considered themselves to be living in something akin to a state of nature, and uniquely positioned as a result to serve as an instructional example to the rest of the world. The combination of their religious and cultural background with the practical and geographical circumstances of their emigration to America would enable these settlers to be a “city upon a hill” relative to their European audience.

The most formative and important political concept that emerged out of this combination, and in continued conversation with European Enlightenment ideas being simultaneously developed across the Atlantic, was that of “Nature.” The American settlers experienced and encountered nature in a way most other Europeans could only imagine. From the harrowing and awe-inspiring passage across 3,000 miles of ocean to the entirely new and frequently challenging topography, weather, flora and fauna of the North American continent, the American settlers were impressed from the beginning with the extent, power, and pressing importance of nature for every aspect of their lives.

Because of this unique experience and the way in which it was viewed by European settlers at the dawn of the Enlightenment, the American colonists were situated at the vanguard of a historical movement in favor of resurrecting nature’s relevance for political life. Because they were of necessity “rural philosophers” rather than armchair ones, moreover, and because they had a more direct and pervasive experience of the natural world than their European contemporaries, the American colonists were able to understand the relevance of nature for political life unencumbered by the abstruse philosophical controversies that preoccupied European philosophers and that continue to preoccupy their contemporary interpreters. Just as American democracy was able to grow and develop largely outside the shadow of the monarchical and feudal history that haunted European democracies, so American political thinking about nature was able to take form in a manner relatively unaffected by the contentions that drove apart rival camps among its European antecedents.

ON THE POINT OF NATURE’S RELEVANCE FOR POLITICS, JEFFERSON’S LIST OF HISTORICAL AUTHORITIES FOR THE DECLARATION SPEAK WITH ONE VOICE.

Aristotle and Cicero had each insisted upon the central importance of nature for politics and government. Aristotle prefaces his Politics with an extended treatment of human nature, natural justice and virtue in the Ethics, culminating in his famous assertion that man is “by nature a political animal.” Cicero thought that the civil law and international law derived their legitimacy from the law of nature, and that this same law directed human beings toward personal and civic virtue prior to the inducements and punishments of positive law and government. Aquinas, too, affirmed that all human laws must be derived from the natural law to be obligatory. Locke reinforces this line of thought when he says in the Second Treatise that

“The Obligations of the Law of Nature, cease not in Society, but only in many Cases are drawn closer, and have by Humane Laws known Penalties annexed to them, to inforce their observation. Thus the Law of Nature stands as an Eternal Rule to all Men, Legislators as well as others.”

It is on this point of the relevance of nature for politics, law and government, more than any other, that Locke, Aquinas, Cicero and Aristotle agree.

It makes sense, then, that the “American mind” Jefferson claims to have reflected in the Declaration of Independence was, more than anything else, a conviction that nature stands as an “eternal rule” to “all men,” King George included. This nature both regulates behavior through “laws” and “endows” human beings with “rights.” The “all men” of the Declaration are precisely the same “all Men” Locke claims to be ruled by the “Law of Nature.” On the point of nature’s relevance for politics, Jefferson’s list of historical authorities for the Declaration speak with one voice.

The Declaration thus echoed the united voices of the ancients and moderns on the idea of nature’s relevance for politics, and highlighted the constructive character of preceding European political thought. The Declaration is undeniably a document of the modern Enlightenment, of “new republicanism” and of natural rights liberalism. It is also, though, a reaffirmation of the enduring contribution of classical and medieval political thought to modern political life. The Declaration was able to consolidate modern European advances in political philosophy without jettisoning or disparaging crucial insights of prior periods of Western political thought. The “laws of Nature and of Nature’s God” maintain their superintendence of the whole, and “safety and happiness” remain the goals of political society, while “unalienable rights” and the consent of the governed come to the fore between and within them.