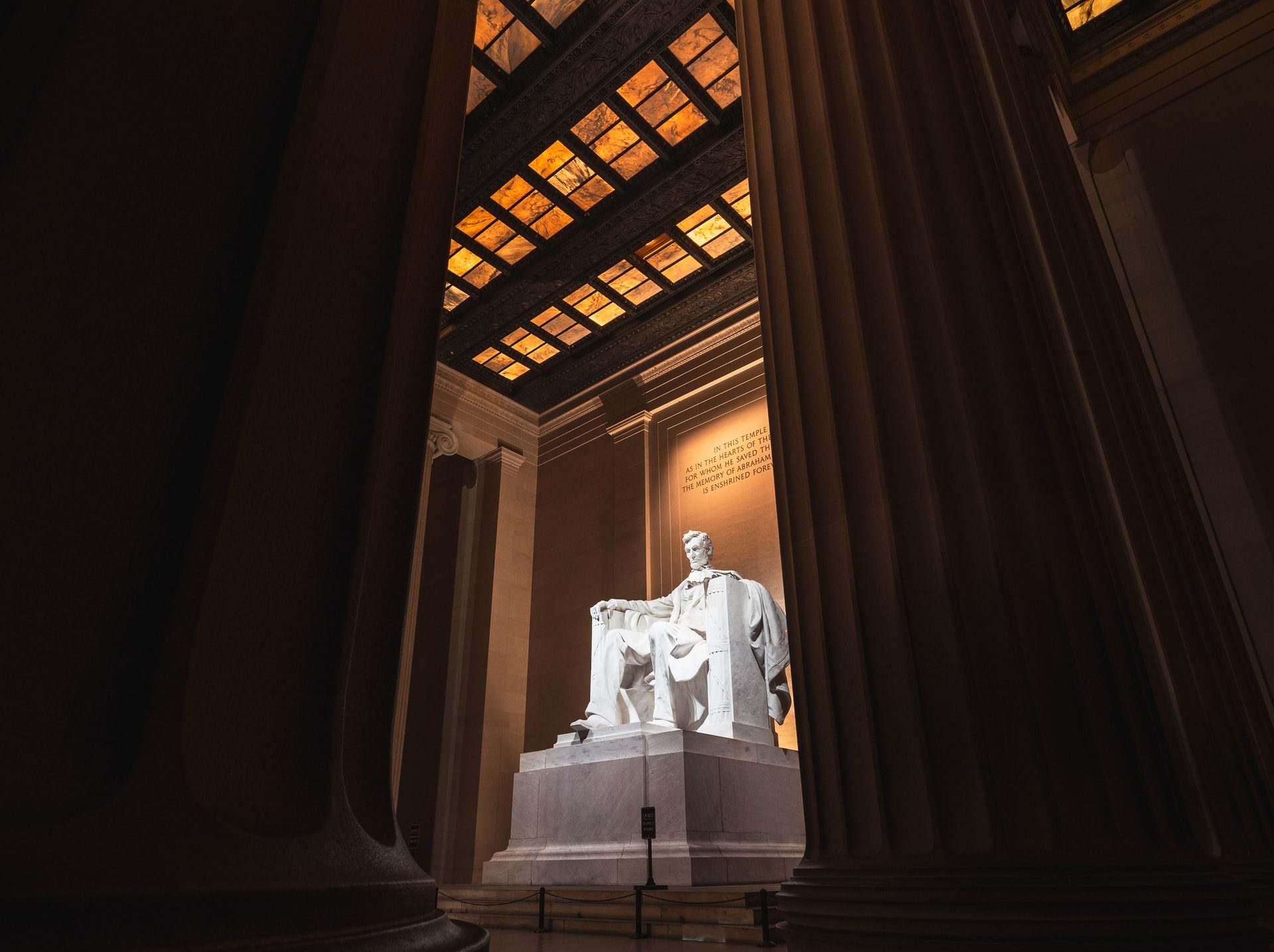 Justice, or the call for it, defined much of our political landscape in 2020 as it also defines the early days of 2021. A violent permutation of that call resulted in a police station being burned down, billions of dollars in property damage across the country, and a mob storming the American Capitol with the intent on halting the wheels of republican government. One can, and should, debate the legitimacy of such calls for justice. Some of those calls in 2020 were far more righteous than others. Equating calls for addressing the grievances of citizens who do not think justice applies equally to them with the rhetoric of election fraud that drove a mob of factious partisans to violate the seat of American republicanism represents a superficial “whataboutism” endemic to modern American discourse.

The reality is that violence emerged from both the calls for racial justice and the demagoguery about election maleficence. While the causes, and their legitimacy, must be seriously debated, not merely dismissed, my effort here is to highlight a deeper problem illustrated by these cases: the rise of mob justice. For guidance on this, I turn to Lincoln’s 1838 Address to the Young Men’s Lyceum in Springfield, Illinois. I focus specifically on Lincoln’s concern with the mob and the dangers of mob justice, but I want to frame it through the lens of the recent riots. Lincoln’s warning about the break down in civic trust, the foundation of the entire republican enterprise, is apt not only for understanding vigilantism and mob movements in America or as a tool for avoiding mobs in the future. It provides insight into the nature of republican government and the necessary characteristics all citizens must share for such a government to endure.

A few minutes into this speech, Lincoln asks whether we should really be concerned with such events; if the actions of a few in a mob really should be of consequence, particularly considering the preservation of political institutions:

But you are, perhaps, ready to ask, ‘What has this to do with the perpetuation of our political institutions?’ I answer, it has much to do with it. Its direct consequences are, comparatively speaking, but a small evil; and much of its danger consists, in the proneness of our minds, to regard its direct, as its only consequences.

The problem with how to address violent protests is not how much damage it causes to a specific business or even to a specific person. Lincoln had already outlined an example of mobs taking into their hands the role of judge, jury, and executioner. In some instances, his response was that “such a person would have been killed anyway.” Lincoln’s concern, and perhaps ours as well, should not be the direct consequences of these events. The problem with riots and looting and other associated violence is not just a specific act of injustice but the corrosive effect these events have on our shared mind.

Perhaps Lincoln’s most important insight on this, and the one which can be the most instructive to us, is seeing what drives people to such a condition. Lincoln sees that there are two groups of people who engage in this kind of behavior: the lawless in spirit and good men. The former are those who seek out times and places where the law is either suspended or unenforceable and act with impunity; if this happens too often, and such lawless people are not held accountable, faith in the law itself wanes. However,

on the other hand, good men, men who love tranquility, who desire to abide by the laws, and enjoy their benefits, who would gladly spill their blood in the defense of their country; seeing their property destroyed; their families insulted, and their lives endangered; their persons injured; and seeing nothing in prospect that forebodes a change for the better; become tired of, and disgusted with, a Government that offers them no protection; and are not much averse to a change in which they imagine they have nothing to lose.

If those entrusted with the execution of the law generate this kind of feeling among a group of citizens, or if such a feeling is cultivated among a group of citizens by political rhetoric, a similar result may occur. It is worth keeping in mind that Lincoln urged his listeners to focus on the root causes of the actions and to not dismiss these based on the outcome alone. Some just want to sow chaos and violence and are not engaged in the hard work of civilization building and the struggle for justice. Others, however, are engaged in that effort and in that struggle but have developed the perspective of disenchanted good citizens.

The greater danger, Lincoln understands, is not to the individual store clerk or the tragic loss of life that accompanied the Capitol riot, but to the faith in the law itself.

Thus, then, by the operation of this mobocractic spirit, which all must admit, is now abroad in the land, the strongest bulwark of any Government, and particularly of those constituted like ours, may effectually be broken down and destroyed–I mean the attachment of the People.

This attachment, this affection, is the normal condition of the good person in the country, at least as Lincoln understands it. Such a person, remember, is willing to die in defense of their country and wish for nothing more than the comfort that comes from equal protection of the law and associated peace.

Lincoln’s insight, however, does not end merely with an identification of the problem. His suggestion, often quoted, is to establish a political religion and make sure that we sacrifice unceasingly upon its altars. This political religion is a reverence for the law, to the point where failing to follow the law is “to trample on the blood of his father, and to tear the character of his own, and his children’s liberty.” But Lincoln is not so simple as to believe that any law, as a law, is inherently just. Rather, Lincoln maintained that:

when I so pressingly urge a strict observance of all the laws, let me not be understood as saying there are no bad laws… I mean to say no such thing. But I do mean to say, that, although bad laws, if they exist, should be repealed as soon as possible, still while they continue in force, for the sake of example, they should be religiously observed.

The point here, he explains further in the speech, is that the redress to mob violence, particularly when the mob serves as an executioner, can never be sanctioned by a people ruled by the law. Such actions inherently stand outside of the law and therefore, by definition, cannot be accepted to those who desire the rule of law.

But Lincoln is not advocating blind obedience or some kind of radical conservativism. Instead, his argument is that the faith in the law is as vital an element as the justness of the law and the justness of the law is paramount for preserving faith in the law. These are not separate elements but, rather, flip-sides to the same coin. When faith in the law dissolves, its fault line is injustice. When injustice is built into the nature of the law, faith in the law dissolves. Lincoln holds that as long as we can handle a specific grievance, we should tolerate it – but not absolutely or indefinitely; Lincoln is nothing if not moderate in his approach.  The goal of political religion is to establish reverence for the rule of law and a devotion to making the law as just as possible; the two things go hand-in-hand. Failure to do both gives rise not only to the mob, but to the Alexanders and Caesars and Napoleons who always loom as a danger to self-governing peoples.

In our current situation, what are we to learn from Lincoln? First, when such a condition arises, the cause is never a single instance. Rather, it is through a long train of abuses that people lose faith in the law to protect them, to act in the public interest, and to ensure the tranquility of their existence. When the law fails to provide such protection or even prohibits it, good people’s faith is lost. When they lose faith, they turn to extra-legal means to remedy their grievances; they turn to unjust acts to mitigate the injustice, real or perceived, done to them. This is not to defend or rationalize such unjust action. Rather, this consideration aims to show that these outbursts of injustice, and they are unjust, are driven not from malice or vice but from lost faith in the political religion.

Second, when these cracks in the political religion emerge from an inability of the law to serve its function, and individuals think that their only hope for redress is in riots and mobs, faith must be restored in refuge of the law. The answer is not to crush opposition with the power of the state or to force an unjust peace for the illusion of tranquility. The answer is to restore faith by making sure the laws are just and that the people know they are just – to make altars of political worship worthy of the parishioners, not merely a place to force ritualized conformity.

Lincoln, at the end of his speech, highlights how the passions which forged the revolution bonded the founding generation together in their mutual struggle for liberty. It was once a source of strength but is now our enemy because what once bound us together, in the face of an external enemy, has turned in-ward. Instead, “reason, cold, calculating, unimpassioned reason, must furnish all the materials for our future support and defence.—Let those materials be moulded into general intelligence, sound morality, and in particular, a reverence for the constitution and laws.” Lincoln is telling us that it will not be through a mutual enemy that we find our bonds or that we rekindle the bonds of affection. Rather, it is our mutually agreed-upon devotion to be ruled by the same law, for the mutual securing of ourselves and property and the preservation of tranquility, that must bind us together. When that shared rule fails, the underlying attachments fray.

If we do not utilize our reason to construct shared knowledge, judgment, and expectations of behavior, we will resort to passion as the tool that forges our bonds. But this can rapidly lead to destruction. Once good people succumb to the sway of the mob, believing that the law no long provides a way to redress their grievances, they can be animated to destroy private or state property, assault other people, or even commit acts of sedition against the republic. In such a condition, those who are lawless in spirit are happy to capitalize on the mistrust, the animus, the outrage to pursue their own goals, including factious demagoguery and violence as the answer to all ills. The forging passion is also a severing one.

If we do not construct a shared reverence for justice and a shared expectation of what a just life is, not only will we fail to worship at the altar of our political religion, there will be no such altar at which to worship. The preservation of our political institutions requires that such institutions be just and worthy of such reverence. Perhaps that is the most illuminating thing for us, both in this time and for all time. Can we say, without qualification, that our political religion is worthy of the sacrifice of its parishioners? If not, is the problem with the congregation or with the ministers? Perhaps the answer we can learn from Lincoln is this: find those who are sacrificing on behalf of justice and join them.