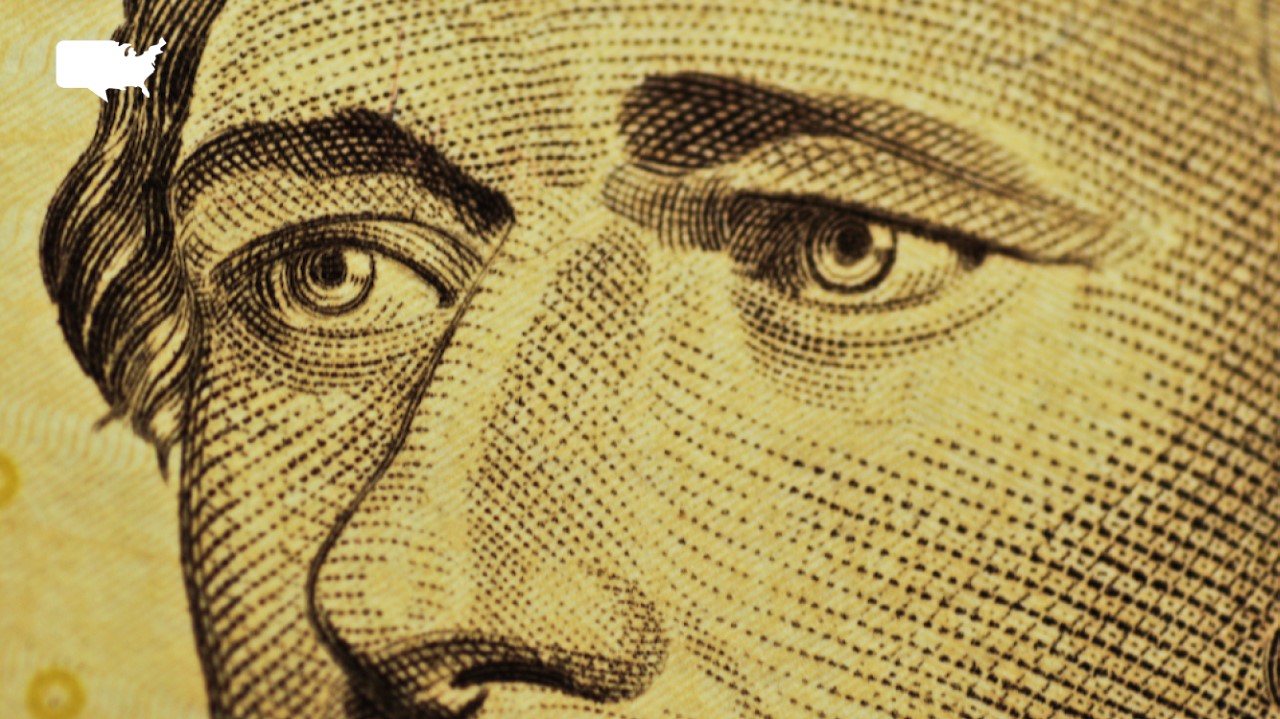 With the long-awaited return of Broadway, audiences are once again gazing in awe at its crown jewel: Hamilton.  The blockbuster musical introduced to the world, as no biography ever had, the unlikely story of the Caribbean orphan-turned-American founder.  Creator Lin-Manuel Miranda takes all the artistic liberties one would expect in a theatrical rendering of the American founding.  It would be tempting—and not terribly difficult—for tsk-tsking historians to criticize the musical’s departure from the historical record.  But perhaps we could pose a different question, one at once less obvious and more fruitful for future scholarship: in what ways might the musical be more insightful than many of the biographies that have appeared on Hamilton in the two centuries since his fatal duel?

One answer lies in the musical’s treatment of Hamilton’s upbringing, a topic given relatively scant attention by most Hamilton scholars. In a 1977 biography of Hamilton, author Holmes Alexander was strikingly dismissive of his subject’s early years.  “Hamilton’s mother and father—whoever they really were—had little importance in his life . . . he had no real childhood, no real home, a strong desire to get away from his beginnings, and no inclination to return,” Alexander insisted. With this, the author justified a large erasure of Hamilton’s boyhood: “It seems a biographical act of kindness to take him out of the West Indies as soon as possible, which I shall do, and establish him in New York City, where he chose to live.” Although few Hamilton biographers are so overtly cavalier in their neglect of his roots, many implicitly share with Holmes Alexander a relative lack of interest in Hamilton’s origin story.  A typical Hamilton biography offers cursory discussion of his early years before turning to the high drama of his American adulthood, without deep interest in how the former might have molded the latter.

Contrast that tendency with the recurring attention that Hamilton pays to his West Indian boyhood.  The opening number is primarily focused on his Caribbean background: his out-of-wedlock birth, his clerkship in adolescence, the notorious hurricane that devastated his home island.  True, most biographers at least nod to these details, but what makes Lin-Manuel Miranda distinct is the regularity with which he harkens back to this upbringing.

As Miranda’s Hamilton makes his way to New York for college on the eve of the Revolution, the young immigrant exudes a fierce sense of urgency.  “I am not throwin’ away my shot,” he declares.  The musical makes explicit the relationship between Hamilton’s willingness to seize the moment—some might call it impulsivity—and his West Indian youth.  “See, I never thought I’d live past twenty,” Hamilton sings, “Where I come from some get half as many.”  Indeed, the Caribbean was a perilous environment in the eighteenth century.  Fires, hurricanes, and disease all made premature death a very real prospect for an islander of even the highest station.  Slaves, of course, fared far worse. Their truncated life expectancy offers one indication of the cruelty they endured; a mere five years of toil in the cane fields often sufficed to condemn a slave to an early grave. It is not hard to imagine, as Miranda does, that the hazards of tropical life might have bred in Hamilton an enduring propensity for risk-taking.

The musical then moves on to the Revolution, as Hamilton eagerly joins the fray.  Once again, his West Indian heritage makes an appearance in the lyrics: “As a kid in the Caribbean I wished for a war/I knew that I was poor/I knew it was the only way to—Rise up!”  This line is inspired by one of the only Hamilton letters that survives from his adolescence.  He was then a fifteen-year-old, laboring as a clerk at an import-export firm, with little obvious means of upward mobility.  In a 1769 letter to his friend, Ned, we see the frustration of a dispossessed orphan whose talent outran his options.  “My Ambition is prevalent that I contemn the grov’ling and condition of a Clerk or the like, to which my Fortune &c. condemns me,” Hamilton lamented, “and would willingly risk my life tho’ not my Character to exalt my Station.”  And just in case Ned had failed to appreciate the indirect allusion to martial glory, Hamilton ended his missive with characteristic directness: “I shall Conclude saying I wish there was a War.”  It is unsurprising that the teenage Hamilton—bereft of family wealth or venerated lineage—envisioned battlefield heroics as the surest path to social respectability.  The following decade, when bloodshed broke out between Patriots and Redcoats, Hamilton seized his chance to “rise up.”

Miranda once again recalls Hamilton’s roots in a scene depicting the beginnings of his relationship with his sister-in-law, Angelica.  “Where’s your family from?” Angelica inquires of Hamilton.  He quickly dodges:  “Unimportant. There’s a million things I haven’t done.” Soon thereafter, Angelica breaks the fourth wall and asks the audience, “I asked about his family, did you see his answer?  His hands started fidgeting, he looked askance.”  Although Miranda dreamed up this dialogue, it speaks to a larger truth about Hamilton, who maintained a lifelong silence about his West Indian past.  Even with close friends and family members, he rarely divulged much about his background.  Hamilton’s out-of-wedlock birth was a deep source of shame that he preferred not to discuss.  In a rare moment of candor, Hamilton wrote to a friend (in a letter that he never mailed), “My birth is the subject of the most humiliating criticism.”  And as I argue in my new book—The Jewish World of Alexander Hamilton—he was probably obscuring a Jewish upbringing that, if known, would have made his meteoric ascension in American politics all but impossible. Miranda keenly appreciates that someone who took pains to hide his personal history did so not because it’s irrelevant but because it matters greatly.

We see the musical’s most vivid invocation of Hamilton’s Caribbean years in its recreation of the Reynolds scandal.  During his stint as treasury secretary, Hamilton engaged in an extramarital dalliance with Maria Reynolds.  Her husband James, upon learning of the infidelity, extorted Hamilton for hush money.  Although the matter remained sub rosa for several years, eventually allegations of Hamilton’s affair surfaced in the press.  He simultaneously faced baseless accusations that he and James Reynolds were jointly engaged in “improper pecuniary speculation.” Hamilton, in turn, made the audacious move of publishing a lengthy pamphlet confessing to philandery to refute this latter charge.

Miranda draws a straight line between Hamilton’s Caribbean experience and the striking choice to air his personal failings in the most public of fashions.  As an 18-year-old, Hamilton bore witness to a devastating hurricane that brutalized his home island of St. Croix.  The best surviving description of the storm came from Hamilton’s pen and was reproduced in a local island newspaper. His precocious facility with language so impressed islanders that they raised money to send him to New York for college, according to lore.  As Miranda conceives it, Hamilton gleaned from this experience a lesson that he carried forward to the Reynolds scandal: his prose could save him.  On the eve of publishing the Reynolds pamphlet, Hamilton recalls,

When I was seventeen a hurricane/Destroyed my town/I didn’t drown/I couldn’t seem to die/I wrote my way out/Wrote everything down far as I could see/I wrote my way out/ I looked up and the town had its eyes on me/They passed a plate around/Total strangers/Moved to kindness by my story/Raised enough for me to book passage on a Ship/That was New York bound.

As Miranda’s Hamilton prepares to confront the publicity around the Reynolds affair, he relies once more on his quill: “I’ll write my way out/Overwhelm them with honesty/This is the eye of the hurricane/This is the only way/I can protect my legacy.”  It remains unknowable whether, as Miranda suggests, Hamilton consciously meditated on the relationship between the tempest of his adolescence and the temptress of his adulthood.  But the more important point is that Miranda is willing to thoughtfully engage how his subject’s early years might have reverberated in his later ones.

To the extent that Hamilton scholars shy away from writing about his upbringing—and some are certainly shier than others—they are not terribly distinct from biographers of other historical figures.  Children tend not to leave behind lengthy letters and thick diaries, thereby denying biographers their conventional fodder.  What’s more, scholars are often wary of making speculative inferences about how a given subject’s youth informed deeds done decades hence, lest we be accused of meandering into the dreaded netherworld of “psychological history.”  The hesitation is understandable.  But sparing ourselves possible criticism by breezing past the formative years comes with its own costs.  Historical persons, no less than ourselves, are inescapably shaped by the initial stages of life; our oversight of these beginnings impoverishes our understanding all of that follows.  Miranda makes an admirable effort to repeatedly reflect on how Hamilton, the Caribbean orphan, can help us make sense of Hamilton, the American statesman.  To be sure, the peer-reviewed page does not offer the poetic license of the Broadway stage, and so there are limits to how much the musical can serve as a model for biographers. But we might, with Miranda in mind, bring the same depth of curiosity to the origins of the founders as we already do to the origins of the republic they created.

Andrew Porwancher is an Ernest May Fellow at Harvard University and the Wick Cary Associate Professor in Constitutional Studies at the University Oklahoma. He is currently at work on his fourth book, Theodore Roosevelt and the Jews, with Princeton University Press.