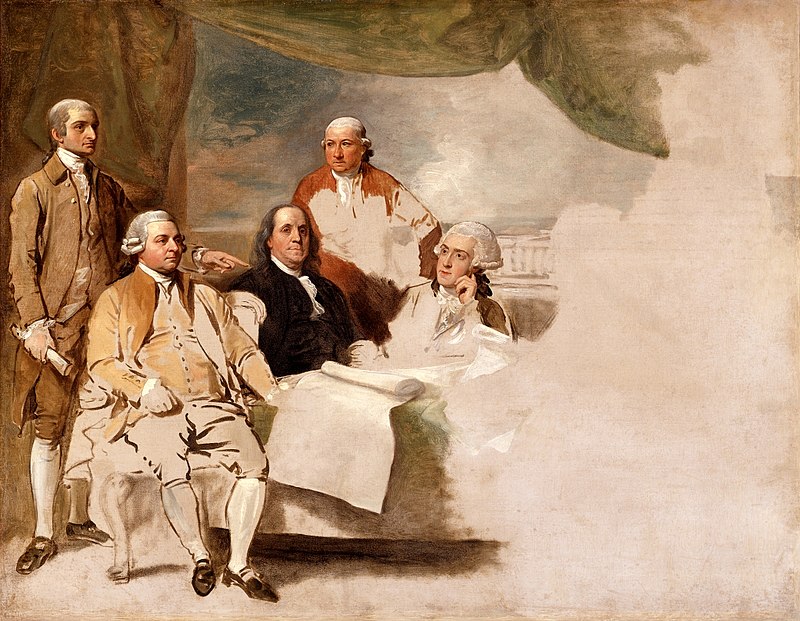 In Philadelphia, at the recently opened Museum of the American Revolution, there is an exhibit that proclaims “a republic means the well-being of everyone.” Surrounded by artifacts, both physical and theoretical, from the American war for independence, this statement stands out. If republican government ensures the well-being of everyone, was the United States a republic at the Founding? Are we a republic now? To rephrase the question, is there a common good that is common to all?

The museum goes a long way, clearly influenced by Alan Taylor’s American Revolutions, toward humanizing the stories of the diverse groups involved in the broader narrative of the Revolutionary Era. What the amalgamation of revolutionaries, indigenous peoples, slaves, loyalists, and others in North America had in common at the time was their struggle, both for and against one another, for independence. What kind of independence? They sought the sort of freedom that would endure—that could be sustained over time. The outcome of the struggle, however, was the creation of a new republic that, while securing the rights of some, neglected or abused the rights of others.

This August, I had the pleasure of attending the Jack Miller Center Summer Institute, the theme of which was “America in the Republican Tradition.” The week-long conference offered scholars the chance to debate the contested American republican tradition in daily seminars and roundtable discussions. The opening topic—one that loomed large the entire week—led by Daniel Cullen, was republican citizenship. If a republic means the well-being of everyone, then how are republican citizens to behave?

According to Pierre Manent, the fear of Jean-Jacques Rousseau and Alexis de Tocqueville, that democracy would disassociate people from one another, has become reality in the United States. In America, an obsession with individual rights displaces the authority of the common. Unlike the ancient republics, Manent argues, modern republican citizens do not attach themselves to anything common. This has led to a great undoing of the social knot. While the United States has in many ways legally rectified its initial lack of concern for the rights of blacks, indigenous peoples, women, and other groups, the primary focus on securing equal individual rights has paradoxically promoted the kind of individualism that disassociates citizens from one another.

Tocqueville argued that, properly conceived, the general will—that natural tendency of the people to do good for the whole—would fail if unifying mores and traditions were destroyed. Without a unifying force, individuals would soon lose sight of their countrymen. The language of individual rights served as a bridge from rampant individualism to a new public spirit. This new public spirit, however, appealed to the head and not the heart. Equally shared rights—and citizens’ concerted acknowledgment of the same—would theoretically mitigate the dissociation. Therefore, an enlightened view of self-interest encourages the exercise of individual rights by everyone.

And yet, as Tocqueville famously cautioned, this understanding of liberty could easily become confused with equality. The binding abstraction—the acknowledgment of everyone else’s individual rights—would not be able to withstand the temptation to make all things equal in a democratic society. In other words, the mutual recognition of individual rights is not enough—without a stable authority to anchor it, liberty will gravitate toward an ultimately unstable equality.

If the abstract rational acknowledgment of individual rights is not enough to bind a nation together, what is? Manent suggests that social institutions are necessary, but cannot be legitimated by liberal principles alone. Liberalism, since it is largely predicated on reason, is inadequate to the social task. There will not be a human good without a mutual understanding between liberalism and authority—Tocqueville’s mores and traditions.

The common good common to all, according to this line of questioning, relies on the intersection of liberalism and authority. By authority, I mean any stable social structure that binds women and men together, not only via reason but through sentiment, emotion. This may mean religion. This may mean cultural traditions. Where authority can be preserved, Tocqueville opined, preserve it! But preserve it with the knowledge that authority will always lose to individual liberty in a democratic society if left unchecked.

The solution is not obvious. Our human desire for simple answers to complex problems means that arriving at one single common good common to all to cure our social strife is unlikely. The American solution has been mixed—both in terms of the answer itself and the success of it. In America, we have more or less adopted James Madison’s solution—healthy public debate is the answer. Of course, saying “The debate is the answer” is in many ways unsatisfying. But in an extended republic like our own, the great public debate admits the presence of numerous sources of authority, each vying for a chance to ground liberalism in something more stable—for a chance to unite US citizens in something firmer than reason alone. This, however, raises an additional question. What guides the debate?

The answer to this question must be that which unites all peoples, regardless of creed or color—human dignity. Intrinsic human dignity must lie at the center of the great debate. The realization that each participant in the American conversation is human and therefore possesses dignity has the potential to touch upon both the rational and sentimental within each citizen. The baseline authority, therefore, must be our humanity and the common value attached to it. Without even this lowest of bars, the despotism Tocqueville feared may easily manifest itself in the most anti-social tyrannical governments.

The Museum of the American Revolution paints a fresh portrait of that debate. By current standards, the struggles of the men and women fighting to separate from England may seem woefully incomplete. But walking through the exhibits, listening to the cheers of the crowd during the opening video (depicting how the Americans won their independence), and encountering the diverse interests at play during those pivotal years at the end of the 18th Century, reminds me that those revolutionaries were doing something truly special. They were starting the conversation. The great debate was begun with, as Hamilton put it in Federalist no. 1, “reflection” and “choice”—with a few “accident[s]” and a touch of “force” to get it going.

In the spirit of 1776 then, this month Starting Points will be focusing on exploring American republicanism in all its complexity and nuance. Look for new articles that touch upon the great debate between liberalism and authority—or that argue why this is a false dichotomy—and pieces elaborating on the themes taken up at the Jack Miller Center Summer Institute. If the common good is best defended by, and articulated through, healthy debate, become a part of our conversation by signing up to receive our newsletter here.