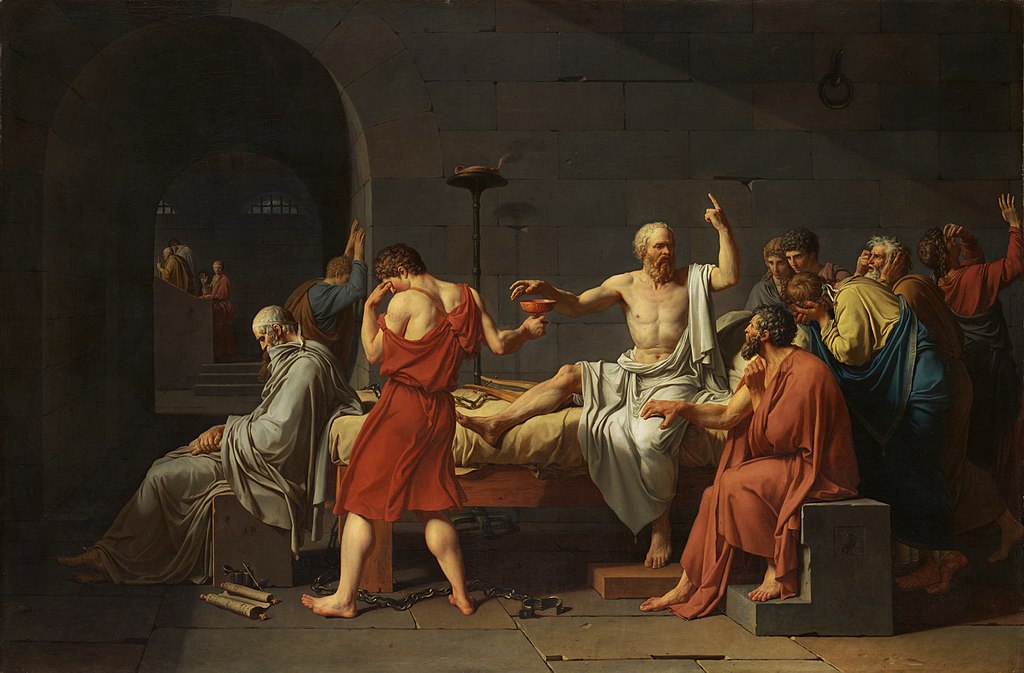 Socrates recognizes the capacity for dialogue with oneself—or, thoughtfulness—as essential for democratic citizenship.  George Orwell, in his essay “Politics and the English Language,” also explores the relationship between thought and language: “If thought corrupts language, language can also corrupt thought.”  Together, Orwell and Socrates invite readers today to consider thoughtfulness, rooted in robust ethical language, as a key theme in constitutional democracy.  What happens, however, when people give up on thoughtfulness?  Is there any way to recover careful reflection, once lost?

Philosophers in Western civilization have long cultivated a discourse of human dignity and rights.  The problem, in pedagogy and policy, is how to connect the value of persons to both policy and action.  At the start of a Public Affairs graduate course on Public Service & Democracy, I gave a case study to my students, an energetic group of practicing and rising professionals.  I offered a hypothetical: “A policy provides that border agents must separate children from migrant parents whom agents of the state accuse of criminal action, including the act of illegally crossing a national border.  The policy has been in place through multiple executive administrations.”  Student then chose the role of head of Department of Homeland Security or else Border Patrol Officer.  “What do you do?” I prompted.  Regardless of what you think of the policy or how it came to be, what happened next became an invitation to attend to the role of thoughtfulness in democracy.

Amidst their reports of their decision-making processes, some students’ replies especially captivated me.  As one student put it, “I didn’t think I could argue against the child separation policy in terms people would accept as rational, I just thought it was wrong.  So, I argued for the policy and chose to enforce it instead.”  There is something disturbing about the student’s report on how she arrived at her initial conclusion.  Here, a student, who is becoming a policymaker, is frustrated by the limitations of her education.  She wants to register an ethical concern.  When she finds she lacks the language, she moves to actually enforce the policy she takes to be harmful to persons.  It is worth naming internal as well as external impediments that frustrate the student’s attempt at ethical decision making.

First, the student attends to what she senses as an inability to think.  This is important because, as Hannah Arendt demonstrates in “Thinking and Moral Considerations,” in the world of policy implementation it is often not malevolence but a lack of thoughtfulness that prepares persons to commit harm against others.  In Arendt’s account, thoughtfulness is important to action because it provides a space in which to ask questions of oneself.  With Plato, Arendt describes thinking as “the soundless dialogue (eme emauto) between me and myself, the two-in-one.” Giving up on this dialogue with the self makes it easier to commit harm.  By contrast, the act of thinking reminds me that I live with myself, and in turn helps me act in such a way that I become someone with whom I want to live.

Second, the external impediment that frustrates the student is the intersection of ethical language and a bureaucratic environment.  In her report, the student anticipates that persons in a bureaucratic environment expect her to justify her argument in terms of expedience.  Her experience evokes Richard Rubenstein’s analysis of how bureaucratic structures seem to separate people from their own agency.  Specifically, this student’s frustration is that the environment in which she expects to make policy does not seem to have an adequate language for ethical analysis.  In fact, she explains that she thinks her attempts to articulate an ethical position will be viewed as non-rational or merely rhetorical.

I was intrigued by my students’ desire to translate what they found valuable—the worth of human persons—into their policy contexts.  As we talked, I discovered that, although they were of diverse educational backgrounds, many had come to think that ethical language is not rational or serious or defensible in policy contexts.  As the students explained it, their educations seem to have taught them that appeals to ethics are merely rhetorical or inherently heavy-handed, and therefore potentially embarrassing.  As I reflect in light of what these students said on the place of ethics across policy and political science curricula, it strikes me that when programs do not attend to ethics, students gain the impression that ethical language is not important or not a credible way of presenting one’s policy evaluations.  It is possible that the priorities of our programs teach students who face ethically significant situations to conclude, “But what can you do?”  It’s the kind of statement that, as Stephen Colbert has observed, only sounds like a question.

Educating students toward resignation in ethical difficulties is a problem because we cannot cast off the responsibilities that arise out of what King calls the “inescapable network of mutuality.”  King here describes a phenomenon that arises out of our relatedness, the way that being human invites me to care for others.  Making or evaluating policy for persons is one kind of connection to others: what I do shapes the lives of other persons.  This creates a responsibility: How will I act toward these other persons?  How will my actions affect other persons?  What do I owe to them?  What the students in my story successfully labored to articulate was their sense that part of what they owed to others, in their tasks of policy analysis, included an account of the value of human persons.

One way to bolster thoughtfulness is through education that introduces students to a variety of robust ethical languages.  Reading what the American founders read, for example, is one way to gain access to diverse kinds of ethical discourse.  By sampling the breadth of their ancient and modern sources, readers today can refine an aspect of citizenship that John Adams thought necessary: namely, as he wrote in the Massachusetts Constitution, citizens need “the principles of humanity and general benevolence, public and private charity, industry and frugality, honesty and punctuality in their dealings; sincerity, and good humor, and all social affections and generous sentiments.”  Access to a variety of ethical languages—including, for example, Aristotle’s Nicomachean Ethics or Harriet Jacobs’ Incidents in the Life of a Slave Girl—supports students’ efforts at thoughtful reflection on their own experiences.  Those efforts, in turn, may help to form citizens for whom the center of citizenship is, as it was for Socrates, conscience.