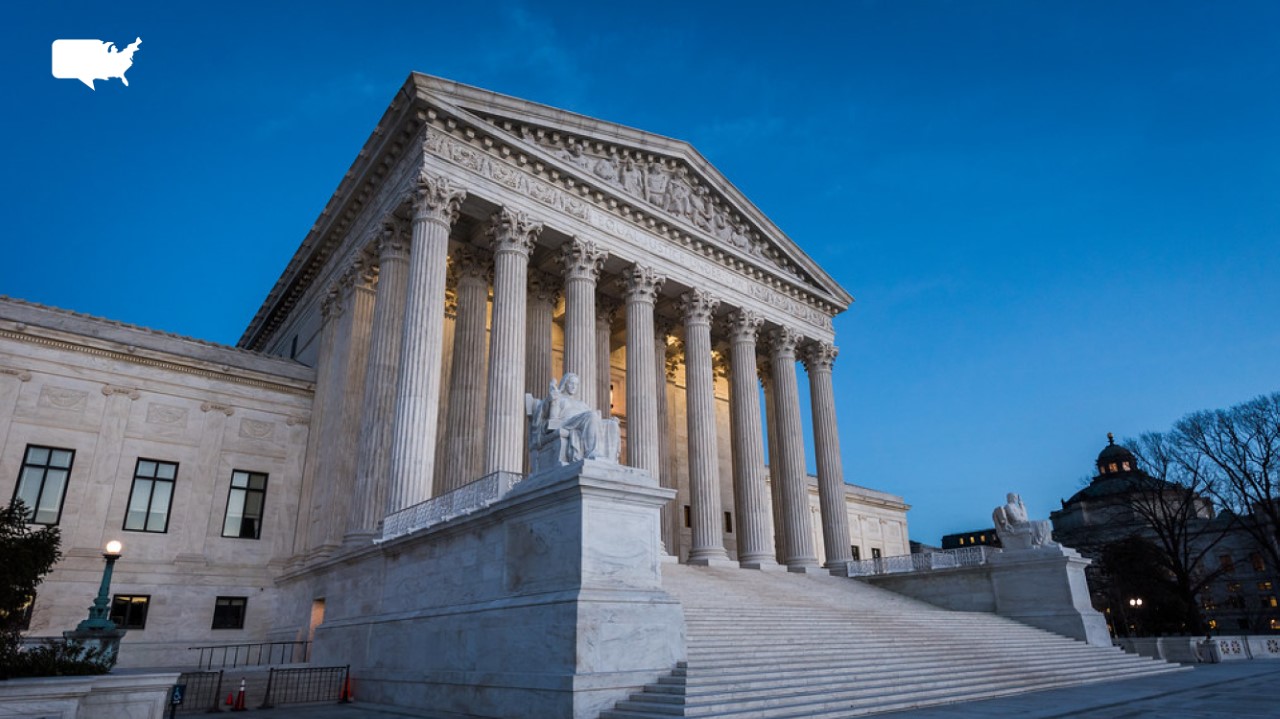 Don Drakeman’s “The Hollow Core of Constitutional Theory” arrives at a time when Originalism faces three interrelated questions. First, does the success of the originalist project hinge on a devotion to interpreting the text of the Constitution according to its original public meaning, the approach most in vogue at present, or are there alternative legitimate methods of interpretation? Second, do all members of the originalist choir sing unison or do they sing a variety of parts, only harmonizing after much rehearsal? Finally, is Originalism an end in and of itself, or a means toward other substantive ends? Drakeman offers his own answers to those questions, but not before assessing where and how Originalism has erred.

By Originalism, I refer to a “settled” consensus that the path forward for right of center legal scholars falls somewhere on a continuum between, at one end, the positivist, historicist originalism exemplified by Profs. William Baude and Stephen Sachs—in the middle of the continuum lies Justice Antonin Scalia’s “faint-hearted originalism”—and, at the other end, an instrumental view of originalism as more likely to secure basic goods discoverable via Natural Law exemplified by Prof. Lee Strang. Drakeman’s book is a welcome offering that differs from the thinkers on this continuum. Drakeman, however, misses an opportunity to discuss how some of the Founders, not to mention two of the most prominent critics from within the conservative camp, might consider his preferred approach. In so doing, he misses a chance to test the legitimacy of his own project.

First, the good. Drakeman rightly asserts that wholesale abandonment of the lawmaker’s intentions in constitutional interpretation by several members of the Originalism camp was a mistake. Even viewed as a purely prudential move to counter the excesses of the Burger and Warren Courts, this form of originalism, which amounts to a subspecies of legal positivism, cannot give a coherent account of itself. As I and several colleagues explained in a statement published earlier this year, “Originalism for many has become a jurisprudence that prides itself on its careful avoidance of addressing the moral substance of even the gravest cases. It has failed to transcend hollow positivism and now operates squarely within that flawed framework.” When the modern originalist doubles down on a form of originalism that amounts to legal positivism, he places his faith in the adopted text serving as a sufficient window into constitutional meaning. When that text is ambiguous, the tools that the originalist has at his disposal are the familiar statutory canons of construction, but also lately a variety of historical or linguistics-based sources.

One such historical and linguistics-based approach is corpus linguistics. Drakeman focused intently on the application of corpus linguistics to law. In the past decade, advances in computing power and digitization of Founding-era documents in online databases have allowed legal historians and lexicographers to apply the principles of corpus linguistics toward understanding a single objective meaning of words and phrases in use at the Founding in not only contemporary dictionaries, but also newspaper articles, letters, and speeches. Such a vast trove of material readily available to sum and cross-reference provides an interpreter with comparatively stronger resources than a previous generation of interpreters who relied on idiosyncratic preferences for one Founding era dictionary over another.

But for Drakeman, corpus linguistics is at best auxiliary support for the main task of understanding the will of the drafter. At worst, he believes the fatal conceit at the heart of both corpus linguistics and much of Originalism is “the assumption that interpreters can reliably identify a single objective (or conventional) meaning of enough highly contested terms to make the search for objective meaning a practically viable method of constitutional interpretation that is capable of resolving difficult cases.” Again, Drakeman seeks to “focus on the will of the lawmaker” based on the knowledge we can ascertain “about the Framers’ end-means decisions.” What Drakeman proposes is a more holistic evaluation of constitutional meaning, where “the text is likely to be the best evidence of the lawmaker’s intention, but not the only one.”

This approach shares much with the “original public intent” approach to originalism of scholars such as the late Robert Bork and Raoul Berger in the 1970s. The “original public intent” inquiry largely focused on what the drafters of legislation sought to enact. Though initially the preferred approach of a nascent conservative legal movement in the late 1970s and early 1980s, conservative lawyers traded Bork’s approach for the “original public meaning” approach to originalism popularized by Antonin Scalia, focusing on the ratified text rather than the will of the drafters. The main reason for this shift from Bork to Scalia is likely due to the possibility of strategic gamesmanship under the Borkian approach. One has an incentive to “create” legislative history, through floor speeches and committee staff reports, that future judges could cite for any legal justification he or she wanted in litigation over challenges to enacted law. For this reason, and others, from the 1990s until present, Scalia’s strand of originalism is the main point of comparison against which competing approaches are based. The conservative legal movement may have coalesced around Scalia’s vision more than Bork’s approach in the decades since, yet the Borkian approach remains more than just an evolutionary artifact.

Drakeman’s approach is not a warmed-over version of Borkianism though, featuring the latter’s judicial restraint and aversion to sources of textual meaning outside of the lawmaking process. Drakeman’s approach restores a more classic understanding of interpretation that echoes two jurisprudential titans of the early American republic: Founder James Wilson (“The first governing maxim in the interpretation of the statute is . . . to discover the meaning of those . . . who made it.”) and Joseph Story (“construe [legal instruments] according to the sense of the terms, and the intention of the parties.”).

Against the relative certainty proclaimed by practitioners of corpus linguistics, Drakeman wants interpreters to recall that the Founding era featured a “linguistic environment that was far less settled than our own” where both 1) words and phrases had contextual meaning or meanings discoverable only from extratextual sources and 2) judges necessarily sought to articulate the most reasonable interpretation of those words without formal training in etymology and textual exegesis. Again, contra those practitioners of corpus linguistics, Drakeman would have us search not for the meaning of text qua text, but rather, like those early judges, for a reasonable distillation of the will of the lawmaker. And Drakeman would not lean so hard into restraint as Bork did if it means capturing a more reasonable distillation of the lawmaker.

Yet, what are those principles of judgment to which the Founding generation appealed? Some of us would propose Natural Law, those truths discernable by reason that make intelligible any claim to just rule found throughout Founding-era documents—from the Declaration to the Constitution to the Federalist Papers, to name a few. Even though he spends a good portion of his book discussing the approach of Prof. Strang that views Natural Law as instrumentally useful in securing the Constitution’s notion of the common good, Drakeman spends precious little time in the book furnishing the reader with those renderings of justice that the Founders thought underlay their entire claim of bringing forth a just system of government.

Even more critically, while the book features a survey of the contemporary intramural debates within Originalism, Drakeman fails to devote any time to what was the intramural debate within conservative legal circles for decades—a debate that continues to this day. Bork and Scalia represented one pole that believed that the Constitution can be understood on its own terms while the late Harry Jaffa and Hadley Arkes (and to some extent Clarence Thomas) believed that the Constitution can only be understood in light of its Natural Law underpinnings.  I was savoring the possibility that Drakeman would reconcile his approach to this most noteworthy of intramural debates. And yet, Drakeman did not attempt to do so, leaving his views a mystery, at least in this book.

This is a notable blind spot in an otherwise enjoyable book that reviews the Originalism scene with a refreshing lens, skeptical of its positivist turn. For this reviewer’s money, Drakeman’s approach has more in common with the approach that Jaffa and Arkes have popularized. However, a proper analysis of how Jaffa’s and Arkes’s jurisprudence of Natural Law would fit within Drakeman’s approach probably deserves a law review article or a book on its own. Here’s to reading Drakeman’s (let’s hope) follow-up work on that subject.

Garrett Snedeker is the Deputy Director of the James Wilson Institute on Natural Rights and the American Founding and a J.D. student at the Antonin Scalia Law School.