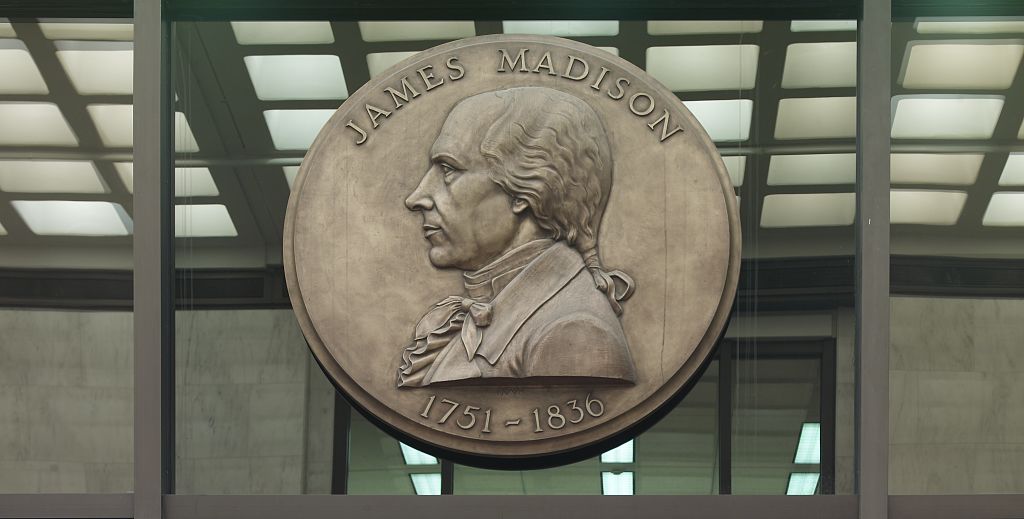 As Madison argued both in 1833 and in 1787-88, majority rule reflects the best version of democratic governance given the limitations of human nature and our constitutional arrangements.

We tend to think of James Madison as the founder who inspired our understanding of the complex relationship between majority rule and minority rights. We attribute to him a defense against majority tyranny and the protection of minority interests. We support our understanding of Madison by turning to Federalist numbers 10 and 51, where we find Madison speaking disparagingly of “the superior force of an interested and overbearing majority,” and warning against “an unjust combination of a majority” as a threat to minority rights. We then label this the “Madisonian dilemma” because it involves two apparently opposed principles: self-government and the limits of majority rule.

The Supreme Court’s resort to “substantive due process” to protect property during the late nineteenth-century helped elevate the Court to the position it now has: the institution best situated to moderate the conflict between majority rule and minority rights. The Supreme Court solidified its role as the protector of minority rights when, in West Virginia v. Barnette (1943), Justice Robert Jackson wrote: “The very purpose of a Bill of Rights was to withdraw certain subjects from the vicissitudes of political controversy, to place them beyond the reach of majorities and officials and to establish them as legal principles to be applied by the courts.”

Today, the argument that the Supreme Court decides the issue of majority rule and minority rights in favor of minority rights is orthodoxy among the law profession. Law professor Kenji Yoshino, for example, argues that we Americans are experiencing “pluralism anxiety,” a feeling that too many groups compete for judicial protection from majority rule. Yoshino sees restrictions on who qualifies for fundamental rights by a series of balancing tests (e.g., “rational basis” and “strict scrutiny”) as an example of this anxiety. Rejecting these limitations, Yoshino’s solution is to have the Supreme Court extend liberty to all citizens as a basic principle of human rights.

But in turning to the Court to find relief from majority rule, we do more than invest that body with more power and wisdom than it can handle. We abandon Madison’s more nuanced and practical understanding of this conflict. By replacing Madison’s analysis of majority rule with Justice Jackson’s disapproval of the political process, we lose sight of the complex majoritarianism that Madison and other founders believed would provide better protection for rights.

Where should we turn to understand that majority rule means both trust in the people and a restraint of their power? I suggest that by reflecting on a letter Madison wrote on majority rule in 1833 but never sent, we can gain insight into the problem and promise of the majoritarianism Madison evoked in The Federalist.

In the 1833 letter, Madison makes a crucial distinction between constitutional majorities and numerical majorities. A constitutional majority is a majority that appears in Congress, made up of representatives from across the nation. Representation preserves majority rule by softening the effects of slim but intense majorities. Inside of that majority, then, are different interests. But for the sake of good public policy, these representatives come together through deliberation to bring about what is best for the American people. These majorities are difficult to create and sustain, but they gain validation through representation.

Voters, on the other hand, constitute the numerical majority. Such majorities, Madison believed, are subject to “contagious passions” and can be “exposed to the misguidance of eloquent & ambitious leaders.” This is of a piece with what Madison wrote in Federalist 63, where he acknowledged that the people in their collective capacity are less deliberative and more prone to desiring excessive measures. Madison and the Constitution prefer the deliberative majorities found in Congress that promote consensus over a simple majoritarianism or to any view that gives minorities extra power.

IN TURNING TO THE COURT TO FIND RELIEF FROM MAJORITY RULE, WE LOSE SIGHT OF THE COMPLEX MAJORITARIANISM THAT MADISON AND OTHER FOUNDERS BELIEVED WOULD PROVIDE BETTER PROTECTION FOR RIGHTS.

There are four arguments against the kind of majoritarianism that Madison promoted. The first argues that the Constitution is insufficiently majoritarian. The second is called public-choice theory. The third is called pluralism. And the fourth argues that the Supreme Court is the only national institution that can protect minority rights against the tyranny of the majority.

The first view focuses on the constitutional impediments to majority rule. Because the political system allows for areas of minority influence, advocates of a pure majoritarianism argue that the Constitution does not sufficiently empower majority sentiment. The Senate, the separation of powers, and weak parties contribute to a feeble majoritarianism. This view argues for the abolition of these features. Its advocates favor a parliamentary system, usually with a proportional system of representation and responsible parties.

Public-choice theory is a branch of classical economics applied to political science. Public-choice theorists argue that majority rule cannot promote the general interest of a nation because of the existence of “majority cycles.” That is, majoritarianism is unstable because election results demonstrate that there is no equilibrium or end point for a public decision on a question of policy. Bargaining is persistent. Furthermore, majorities can be formed in such a manner as to be a bare majority, and thus they can impose their will (and their costs) on a sizable number of voters. Coercion follows. On this view, majority rule can be both unfair and inefficient.

Pluralists accept the idea that competing interests determine policies, but overall pluralists lower Madison’s regard for the connection between deliberative politics and representation and overlook (or reject) his emphasis on justice and the public good as its outcome. In its place is a more sociological, economic, and psychological understanding of human beings and civil society, a view that is closer to Justice Jackson’s than Madison’s.

Pluralists read Madison as having created a set of informal checks and balances that do not always work well. Some pluralists argue not only that some interests are more powerful than other interests, but also that some interests remain powerful over time, clogging the channels of power. One solution they propose is to move in the direction of direct democracy. Failing that, and given the structural weaknesses of some minority interests under pluralism, that search, all too often, leads to the judiciary.

A fourth criticism is the view that the Bill of Rights excludes areas of politics where majorities can deliberate and act. That this is a perversion of the original understanding of the drafters of the Bill of Rights (and of the Constitution) is ignored in favor of the view that the Bill of Rights means that there are fundamental rights upon which no majority can trespass. The Supreme Court (where “5” always prevails over “4”) has assumed the role of the judge or regulator of “overbearing” majority interests. Yale law professor Alexander Bickel called this the counter-majoritarian difficulty. That is, the resort to judicial review poses the greatest challenge to majority rule because the declaration of a fundamental right effectively silences a majority on something it had deliberated over.

Having described criticisms of majoritarianism, we can now return to Madison’s 1833 letter. Writing partly in response to the challenge from John Calhoun’s theory of concurrent majorities, Madison warned against the idea of rejecting majority rule for four reasons: (1) because there is no perfect form of government, majority rule is the least imperfect; (2) that the meaning of republican government is majority rule; (3) that if the American people cannot trust majorities, then republicanism cannot succeed; and (4) that the rejection of majority rule will lead to anarchy, monarchy, oligarchy or aristocracy.

It is noteworthy that Madison, at this critical juncture in American history, makes no mention of the Supreme Court as the arbiter of majority-minority conflict. Madison in 1833 adhered to what he wrote in 1787-88. By returning to a defense of republican principles toward the close of his life, it is clear that Madison favored majority rule not because he thought majorities could do no wrong, but because majoritarian principles are closer to the idea that “Justice is the end of government” than its alternatives. Majority rule reflects the best version of democratic governance, given the limitations of human nature and our constitutional arrangements.

Thinking about majority rule connected to republicanism leads, necessarily, to thinking about rights within the context of the promise and the limits of our institutions. And in the spirit of rethinking Madison’s thoughts on majoritarianism and republicanism, prudence suggests that the judiciary should be reluctant to deny the “deliberate sense of the community” that appears as legislation to prevent the minority from having it both ways, first by participating in the electoral system, and then by denying its outcome.

Cary Federman is Associate Professor in the Department of Justice Studies at Montclair State University.