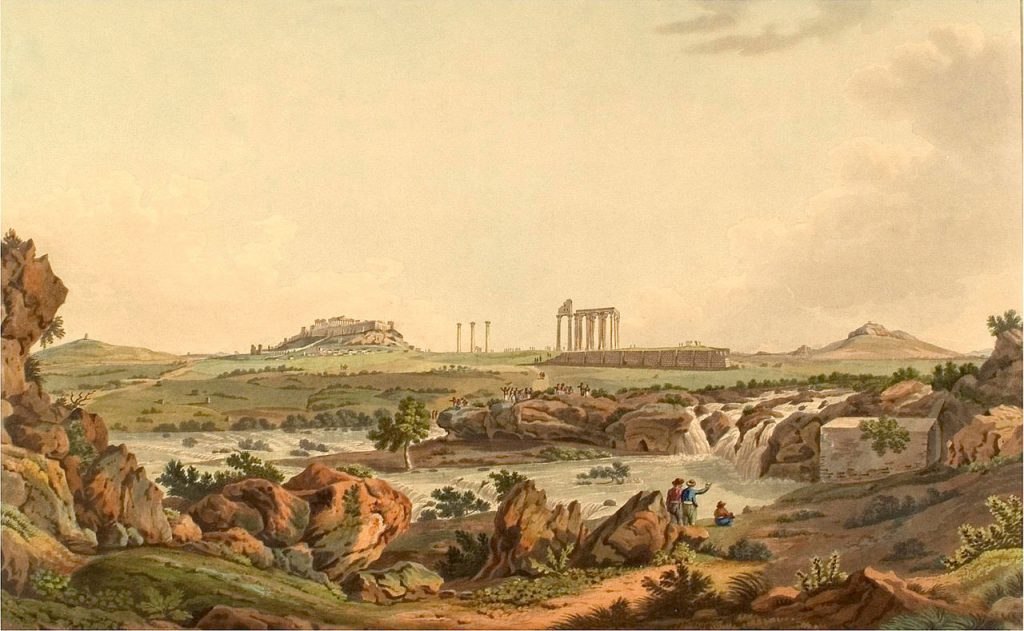 Is natural law equipped to ground a normative theory of the liberal democratic state in this era of the great struggle between globalization and its opponents?

Forty years ago, the famed Canadian political theorist C.B. Macpherson asked the political science community a question: Do we need a theory of the state? Macpherson was a social democrat writing in the latter phase of the Cold War in western liberal democracies still recovering from the economic shocks of the 1970’s. For Macpherson what he took to be the legitimacy crisis in late capitalist economy meant yes we do need an updated theory of the state.

I believe there are two principal motivations behind rethinking a natural law theory of the modern, or perhaps more accurately the post-modern, liberal democratic state. The first has to do with the debate over the relevance of natural jurisprudence in our age and the second relates to the need to reflect upon our own assumptions about the purpose and moral meaning of the state. First, with respect to the question of the continuing relevance of natural law and natural rights thinking, it perhaps goes without saying that nowadays the burden of proof typically falls on the adherents or supporters of natural law to justify its existence. Thankfully the work of many great scholars over the past several decades has demonstrated that natural law and natural rights concepts provide a valuable correction or alternative to the reductionist tendencies in much of what passes for democratic theory today. Whether it is as contrast to the empirical process-driven pluralist model of yesteryear or as counterpoint to the John Rawls-inspired proceduralism with its distrust of any account of human nature that still dominates mainstream contemporary political theory; in either case, natural law thinking provides heartier fare for those demanding more than the thin ontological gruel on offer by democratic theory today.

In my view, the real value of natural law thinking is that it can tie the purpose of government back to specifically human capacities and purposes. However, I submit that both natural jurisprudence and garden variety liberal pluralism risk courting irrelevance in our age in which perhaps the great philosophical debate involves supporters of the state in its various forms, on one hand, and adherents of a politically influential and theoretically sophisticated version of cosmopolitanism, on the other. On the governmental level, this debate revolves around questions of sovereignty, human rights and immigration or migration policy. On the level of political economy, it often seems to reduce to the arguments for and against globalization and protectionism respectively. This is what I take to be the philosophical meaning of the enormous political events of 2016. The big question then for us is this: Is natural law equipped to ground a normative theory of the liberal democratic state in this era of the great struggle between globalization and its opponents?

Reflecting upon a natural law theory of the 21st century state requires us to reconsider our assumptions about liberalism. The modern liberal idea of the state has a complex provenance. The emergence of liberalism historically presupposed the development of a centralized state to replace the disbursed authority structures of feudalism and various canonical privileges and particularities. Yet in the Anglo-American tradition we are often reluctant to theorize about the state as a moral entity independent of, not to mention superior to, the moral claims of rights-bearing individuals. As such the Anglo-American tradition of political thought generally eschewed the concept of rechstaat more commonly associated with the continental tradition. What the Anglo-American tradition lacks in Pufendorf, Kant and Hegel, we perhaps more than make up for with our own proponents of the grand theory of the state such as Hobbes, Locke, Madison and John Stuart Mill.

This, however, presents another set of problems for establishing an updated natural law theory of the state. Firstly, traditional (i.e. medieval) Christian natural law theory emerged in the context of political associations far removed from the modern state. And even the modern version of natural rights and natural law theory we find in Hobbes, Locke and Madison arose from the context of an idea of the state that is beyond minimalist compared to today. When we reflect upon the 21st century state, abstract theory must engage with practical questions of government and administration that are of a rather different and more recent vintage. What do natural law considerations of justice and the common good mean in an era of advanced telecommunications (and all that means for democracy), as well as state structures marked by a complex system of regulatory and administrative agencies, a large public sector and massive government involvement in economic life through monetary and fiscal policy? My suggestion is that a grand natural law theory of the state today must incorporate some of the key tenets of nationalism, or at least reconcile the universalist tendencies of natural law philosophy with the legitimate and reasonable claims of national political communities.

Renewed natural law theorizing about the contemporary state would need to go beyond just formulating natural law based responses to various policy questions. The state theory I propose needs to address fundamental challenges to the very legitimacy of the state as such, as well as its status as the premier venue for citizenship and human flourishing. That is to say, an updated natural law theory of the state must be not only descriptive and prescriptive, but also justificatory. Thus, I take as our starting point the state as we know and experience it. This inevitably reminds us of the importance of rights. Even critics of liberalism recognize that as long as the state remains the central organizing principle of modern political life, we will need to consider limits or checks on state power. The one great conceptual link between traditional natural law theory and an updated natural law theory of the state would be, of course, an emphasis on the common good.

AN UPDATED NATURAL LAW THEORY OF THE STATE MUST LOOK PAST A PURELY OPPOSITIONAL RELATION BETWEEN NATURE AND HISTORY.

First, natural law must reflect seriously about whether the modern state is justified and necessary or indeed ought to be replaced by an alternative form of political or social association. This question assumes considerable urgency in recent times due to the emergence of a politically influential, and theoretically sophisticated, cosmopolitan or post-national theory inspired by the German political philosopher Jurgen Habermas. In this form of neo-Kantianism, the nation-state—the old Kantian republic—no longer dominates the conceptual space of the common good as it once did. New post-national constellations such as the European Union, or even civilizational and species-membership commitments make pressing claims to represent what is truly shared among humanity.

Moreover, the contemporary cosmopolitan critique of Westphalian sovereignty is wedded to a morally compelling account of human rights protection. These arguments have already had a palpable impact on democratic theory and show the potential to revolutionize what we mean by democracy. In the most extreme form of this post-national theory, every state is rendered illegitimate by the proposition that no existing border has been, or ever can be, justified democratically both with respect to that state’s citizens and, just as importantly, to all other human beings—citizens of the vast universal demos—each and all of whom are in principle impacted by the establishment of borders. The significance of these theories for the issues of immigration and migration that shaped the perspective of many voters in the UK and the US in 2016 is obvious. A 21st century natural law theory of the state should have as one of its first priorities a reasoned defense of the liberal democratic state that addresses the claims of political, economic and cultural nationalism, on one hand, and the moderate “open borders” theory and the more radical “borderless world” argument, on the other.

Second, renewed natural law thinking about the state should pay close attention to historical context and be sensitive to the specific conditions out of which a given state emerged. Natural law theory and neo-Kantian post-national theory share an at least formal resemblance of a universalist impulse. However, an updated natural law theory of the state must look past a purely oppositional relation between nature and history. “Bringing the state back in” requires recognizing that real political associations are products of history as well as deliberation and choice. And actual states in the world are still profoundly impacted by conflicts, events and imperial conquest that transpired many centuries ago.

A renewed natural law theory of the post-modern state would also need to reintegrate economic considerations into natural law thinking about the common good. Natural law theory today will have to speak on the economic situation post-2008 financial crisis, especially the moral duties of financial sector oversight and consumer protection, the injustice of crippling national economies like Greece, Ireland and Spain by sovereign debt, and the challenge to the common good posed by the imbalance between the financial and manufacturing sectors of the economy produced by free trade and globalization. Reintegrating the economy into our thinking about the common good should also inspire renewed reflection upon the issue of income inequality or the plight of the so-called rust-belt “left behinds” hurt by economic globalization. I do not underestimate that this is a real challenge: Is natural law theory in the academy in its current form conceptually equipped or temperamentally inclined to even speak about the economic dimensions of justice?

I want to close with brief reflection upon what is at stake when we talk about a 21st century natural law theory of the state. I would suggest that many liberal democratic states today are facing a legitimation crisis of their own. There are alternatives to the modern liberal democratic state out there, whether it is illiberal and undemocratic great powers (e.g. China and Russia), or post-national associations of an horrific theocratic ilk (e.g. ISIS), or the more benign secular vision of open borders (e.g. the European Union, NAFTA), and even the utopian borderless world. My own view is that despite its many flaws, the liberal democratic state remains the best vehicle for self-government and human flourishing available today.

There is also much at stake for contemporary intellectual life. If natural law and natural rights discourse becomes too divorced from the political and economic realities of the world it risks being dismissed either as mere historical curiosity or a new scholasticism in the pejorative sense of obscure and self-indulgent chatter: How many moral truths can dance on the head of a conference paper? Forging a new natural theory of the state will require confronting major conceptual challenges and theoretically sophisticated opponents. But it also sets a new task.

Lee Ward is Professor of Political Science at Baylor University.