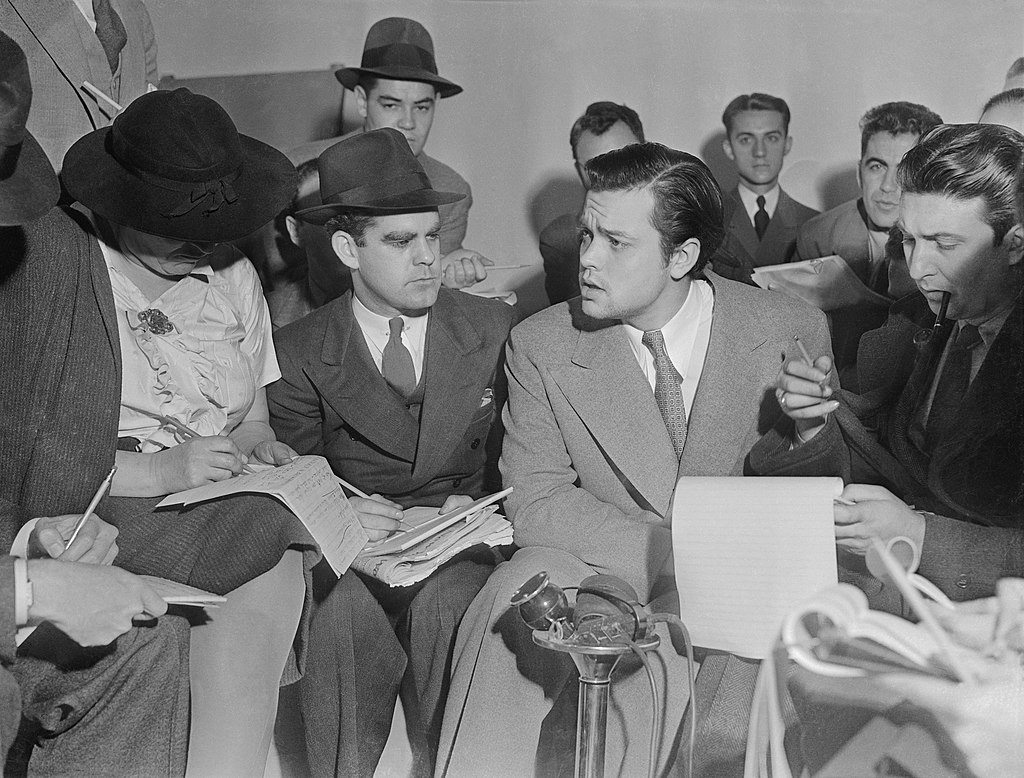 Media censorship is a hot topic in the modern information landscape. Countless sources – in what some might deem a digitiocracy – continually test the ideas of freedom of the press and freedom of expression.

Net neutrality, which halted servers from barring access to various webpages from users, has been repealed by the Federal Communications Commission in recent years. Big Tech in Silicon Valley has been accused of silencing voices on social sharing networks in an undue manner.

Virtual bullying cases emerge, and talk of safe spaces native to the web floods mainstream outlets. Countries overseas refuse to make criticism of government officials and their procedures permissible. Even a lighthearted social media post can turn into a nightmarish legal debate. Tabloids and propaganda remain as popular as ever, pandering to unmalleable mindsets on either side of the political spectrum.

Governments have tackled the genuine dilemma of misinformation in various ways. They have resorted to censoring media at different times in an attempt to preserve the truth and, sometimes, in a biased attempt to block the sentimentalities of a contradicting sociopolitical view.

There is good reason to be concerned about censorship in the world today and about other problems intertwined with it. However, censorship is nothing particularly new to mass media. It traces some of its early development to the World Wars of the 20th century.

In the World War II period, world governments heavily censored militaristic information. This practice looked different from today’s widespread censorship boundaries, yet it nevertheless concerned the American people in a way all too familiar. Citizens then cherished the liberties of the press and free speech as much as they do today.

A renewed censorship of media during the Second World War seemed prudent, especially as radio had (since the Great War two decades earlier) become a popular medium for entertainment and news.

As Orson Welles’ 1938 War of the Worlds broadcast demonstrated, this form of media had the power to stir anxiety and sincere panic among the population. Not only had a portion of those tuned in to the broadcast believed the alien invasion to be a factual occurrence, but some had further mistaken the apparent invasion as one on the part of Germans and not of extraterrestrial beings. For example, the Martians’ machines were often being described as spewing out lethal smoke-like vapors which could have evoked an image of mustard gas.

William Manchester, in The Glory and the Dream (1974), accentuates the potency of Welles’ broadcast and its significance to radio when he writes:

Now the mass media began to show their real power. In retrospect the Martian broadcast appeared to have been a kind of shakedown cruise, to steady the nerves of the high-strung. But this war was real, it was happening in Europe as listeners heard about it…

Welles’ infamous Halloween prank sparked conversation of censorship. The Federal Communications Commission made the point to address the incident, noting its unfortunate nature and suggesting the implementation of a new radio code.

Soon the war was underway and, following the attack on Pearl Harbor, the United States entered the global fighting ring. It was 1941. And in August of the next year, the H.W. Wilson Company printed a volume titled, Wartime Censorship of Press and Radio.

The book – introduced, edited, and compiled by Robert E. Summers – delves into the issue of censorship in its various motives, repercussions, and the public’s opinion of it. It serves as a personal guide to editorial teams and broadcasters, while also arguing via a moral obligation for various implemented steps in light of the cause of patriotism.

Summers urges that, in the face of total war and the need for the entire nation’s populace to be expending their energies toward victory, censorship might be a necessary evil. A comparison might be drawn between this and the call to action during the COVID-19 crisis of the present. As a nation engaged in total war offers all its efforts to victory, so we as a nation are called to preserve the health of our fellow human beings. Nevertheless, censorship was still a hard word to chew.

Needless to say, the people of America, especially the journalists and news editors of the country, were not overly fond of the notion. Summers stresses different types of censorship, varying in occasion, matter, and degree. The primary sort of censorship propelled by this pioneering work is “censorship at the source,” mostly relevant to and reserved for the theater of operations within establishments such as the military and navy.

This emphasis comes as a preliminary measure in order to avoid the widespread leak of vital information that could aid in the enemy’s preparations and strategies. The book includes a string of examples of such vital secrets. Among them were “aircraft registers, army organization manuals, officer rosters, [and] congressional hearings…”

Thus, it is this kind of information the Allies desperately tried to keep out of the clutches of Axis intelligence.

The secondary mode of censorship was one which could potentially have a direct effect on the work of the press. Summers also notes that this type of censorship requires the cooperation of news editors, and it is up to them to see that the standards of journalism as well as those of patriotism are maintained.

“Though intelligent and liberal censorship at the source is the ideal censorship – if any censorship can be ideal,” Summers writes, “some voluntary censorship is required to cover circumstances in which the press happens upon truly vital information such as technical secrets or troop dispositions.”

From there, Summers draws attention to radio which has taken center stage in the arena of media as of the 1930s. Radio, as noted in the work on censorship, presents a relatively new phenomenon which had not been a part of the equation in the previous World War.

Its effectivity in reaching the masses had been proven time and again since the last war, and Summers points to a specific facet of the power it wields: its ability to carry information internationally. He advocated that broadcast news should be edited carefully in anticipation of an overseas audience and, therefore, within the access of the enemy:

Now, in this critical hour of our history, the American press has a new partner – radio, going into world battle for the first time. It is radio’s first major test… To those who are trying to keep information from the enemy, the magnitude of radio as a facility of communication is appalling. Its scope can be measured only in terms of oceans and continents.

As history has shown, his paranoia over radio was warranted, though perhaps not in the precise fashion and degree that he had imagined. Both the Allied and Axis powers flooded the airwaves with propaganda, and spies and military strategists attempted to send coded messages back and forth over the radio.

While stressing the need for censorship at the source as well as voluntary censorship of the press and radio, Summers avoids the opposite end of the spectrum. He believes the suggested levels of censorship to be nothing more than reasonable, but he also goes to some length to illustrate the notion that censorship should not be taken to the extreme: an almost totalitarian relationship with the media.

This “total censorship” that Summers refers to proved detrimental to the media of other nationalities outside the US. In prior incidents in France, the press of the land was severely stifled in an era of total censorship. Anything that discussed the French government in a critical tone was edited out by officials, often resulting in blocks of white space on the pages of the newspapers.

In France, censorship had become the pacifier of the press. Instead of working to solve its political dilemmas, the government silenced those who drew attention to its defects. Even now, we see similar traces of drastic media censorship (and media-fueled outrage) overseas in  countries like North Korea, Armenia, and Turkey.

Summers eludes to the power the media has over people and how its role differs contingently on what form of government a nation adopts. He writes:

The press in a democracy is still the fourth estate; it is almost a fourth branch of government. It is not, as in Germany or the U.S.S.R., a branch of the government, but a part of our constitutional system.

Despite the varying government methodologies between the US and foreign powers, he concludes that total censorship would bring the sailing vessel of democracy to a crashing halt upon the bluffs of intolerance to criticism.

Summers’ writing was a sincere tribute to journalism, defending its liberties and critiquing its uses as an American institution. Many of his conclusions uphold the rigorous standards of ethical journalism, despite the inconveniences imposed by the war.

Equally as significant is his verbal struggle to pin down and draw boundaries upon censorship. Amidst the breakout of war and a need for secrecy, the mode of censorship Summers implied and the regulatory officials of his day is unique, though quite rational given the context.

The purpose for this censorship was grounded in national security, not upon the rivalries of localized politics. Nevertheless, the very idea of it was something that, to the American public, seemed to bar them from certain liberties expressed in the Constitution.

The book, Wartime Censorship of Press and Radio, serves as an historical reminder that censorship is nothing new to the landscape of media and that today, just as it was decades ago, it remains a subject of intense debate.

John Tuttle is a journalist and creative. His writing has been featured by The Hill, University Bookman, The Archive, News Bling, Real Clear Books, VoegelinView, and the University of Notre Dame’s Grotto Network. He has also served as the prose editor of Loomings, the literary magazine of Benedictine College.