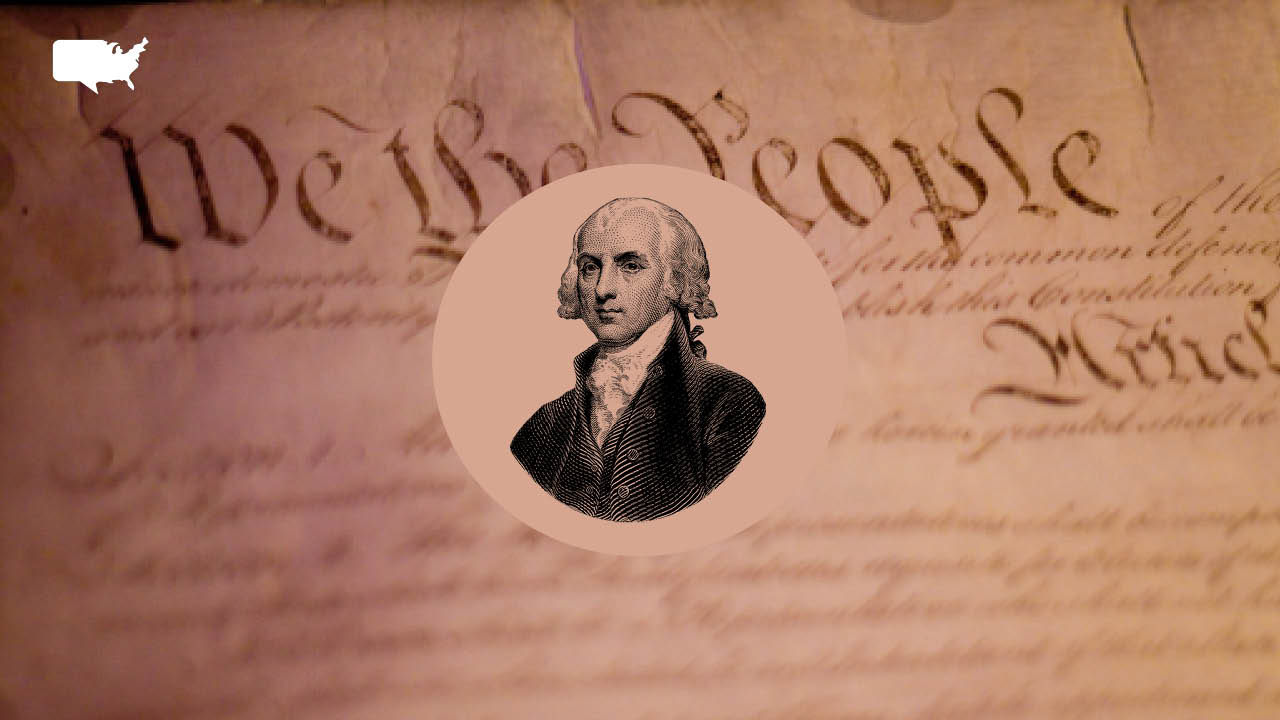 Much has changed since Washington, Madison, Hamilton, Franklin, and the Framers met in the Pennsylvania State House in the summer of 1787 to draft the Constitution of the United States.  The expanse of the country has increased substantially, the population has also grown considerably, from about 3.9 million to over 300 million; and discoveries in science have changed an agricultural nation into an advanced industrial and technological society.

Yet, with notable exceptions, we live under much the same Constitution that the Framers presented to the public that late summer-early autumn, and which, after ratification by the states, established a new government under a new Constitution for the United States of America in 1789.

Since then, the country has had its share of political ups and downs.  On the one hand, fellow Americans have banded together to fight wars against fascism and communism; on the other hand, Americans have split apart and battled fiercely amongst themselves. Currently, we are in battle mode, with fights among the citizenry of such intensity of that the disintegration of the nation is, once again, a cause for concern.

Unfortunately, in today’s climate Americans are engaged in a lot of talking at each other and not very much talking to each other.  For those who are listening, it is all too common to hear someone demand that his/her opponent(s) be silenced, rather than their views heard.  The call to silence or “cancel” someone else’s speech is usually done in the name of muzzling racist or bigoted remarks and promoting equity and respect.

What could possibly be wrong with calling out and quelling all forms of bigotry and prejudice, so that fellow citizens might better treat each other with respect?

The problem is that, no matter the context of the speech (within reasonable constitutional limits related to civic safety), no popular government can sanction the suppression of free speech without the loss of individual freedom.

James Madison was keenly aware of the human temptation towards squelching free speech.  While the term may be novel, the phenomenon of “cancel culture” is actually not a new idea. You will recall that in less than a decade under the new Constitution, Congress passed and President John Adams signed into law the Sedition Act, which made it a crime to “write, print, utter or publish… any false, scandalous and malicious writing or writings against the government of the United States,” or “to stir up sedition within the United States.”  Along with his good friend Thomas Jefferson, Madison went to the mat to fight against the Sedition Act, putting pen to paper to respond not only with the Virginia Resolutions of 1798, but also the Virginia Report of 1800.  More on that anon.

In thinking through the questions of the purpose of government and the capacity of human beings to succeed at the task of governing themselves, Madison concluded that there is a degree of depravity in the human soul that makes government necessary.  But, he believed, human beings also have the potential for virtue, thus making good government possible.  As the former requires checks and controls on human passions and interests, the latter depends on the soundness of the citizens’ character, mores, and opinions, which further depends on whether they have been properly educated in the spirit of republicanism.

Madison’s unique contribution to American politics was the discovery of a way to preserve individual freedom and at the same time achieve popular government grounded in stability, justice and the general good.  To do this he had to address the problem of faction, or more particularly the latent causes of faction, namely, opinions, passions, and interests.

These causes of faction are sown in the nature of human beings, Madison taught.  Human beings possess the capacity to reason, but that reason is fallible, thus we form different opinions.  Add to this that our selfish interests and passionate biases often affect the way we think, and it is easy to see the problem he was so concerned about.  The age-old problem of injustice and tyranny, Madison thought, stems from the selfishness and prejudices that too often take up space in our hearts and minds.  These are forms of narrow self-interest and irrational bias that cause conflict, volatility, rancor, and divisiveness within the political community.

But rather than attempt to remove these causes of faction from man’s nature (which would require destroying liberty), or force people to have all the same passions, interests, and opinions (which is impossible), Madison argued that we should control the effects of faction by establishing popular government over a large territory, thereby encompassing a great number and diversity of interests and sentiments.  Since there will be more differentiation of views in this extensive territory, narrow interests and prejudicial opinions will be weeded out; at the same time, more effort will have to be spent to form a majority coalition.  To achieve a majority consensus, communication, debate, and deliberation will be necessary, not only by public officials within the institutions of government, but by citizens throughout the whole society.

Given Madison’s plan to cull and refine public opinion, it is clear that he would have emphatically rejected the current trend of “cancel culture” – that is, the suppression of opinions you don’t agree with.  Even when someone else’s opinions strike you as false, bigoted, pernicious, or even politically dangerous, Madison would advise combating the error with calm and reasoned arguments rather than leveling accusations of sedition or crying for censorship.  Facts are slippery things, he claimed, for “opinions, and inferences, and conjectural observations, are… in many cases inseparable from the facts.”

In the Virginia Report of 1800, Madison acknowledged that freedom of speech and the press are necessarily accompanied by some degree of abuse.  Nonetheless, these are the vehicles by which we communicate our views in a free country, just as they are indispensable to a free electoral system.  They are the guardians of all other rights, and indeed the basis for the “triumphs which have been gained by reason and humanity, over error and oppression.”

For Madison, the cornerstone of the American constitutional system is the free communication of opinions among the great body of the citizens, the suppression of which should be viewed with universal alarm, for such acts in time will “destroy our free system of government, or prepare a convulsion that might prove equally fatal to it.”  The free exchange of ideas is not only how liberty is preserved, it is the way individuals learn to become fellow citizens with one another.   Indeed, the way we take the experiment in republican self-government seriously is by taking each other‘s ideas seriously.

This does not necessarily mean accepting others’ views.  Public discourse involves taking a stance and disputing the opinions of others; but it also includes the willingness to put our own views to the test of fair argument and debate.  The Madisonian notion of the “commerce of ideas” is the way a free people refines and enlarges the public views and learns to make a “common cause” together, despite the many ways we are different and diverse.

In other words, the very processes built into the U.S. Constitution were intended by Madison to serve a civic educational purpose.  Through the modes of civic participation we learn the tools of citizenship – the how of democracy.  Just as importantly, we learn the substance of citizenship – the what of democracy – the meaning and conditions of the American maxim that all men are created equal. Madison learned from Aristotle that no political order can long subsist if the people are not educated in the spirit of the particular regime.  In essence, republican government requires making individuals into citizens.  This often means making selfish individuals into people willing to exercise mutual forbearance, respect, and a good dose of trust as they navigate the challenges of the shared experiment entrusted to their hands.

As erroneous, outrageous, pernicious or malicious as the views we have to listen to might sometimes be, circumventing the deliberative processes is generally far more harmful to free government than the expression of the offensive view.  In the willingness to engage and exchange opinions we choose the possibility of persuasion over the exertion of power; we opt for ballots over bullets; we honor right over might.

There is hardly anything more harmful to our society today than the currently popular practice of cancelling the speech and silencing the ideas of one’s political opponents.  The free expression and exchange of ideas is the foundation for all of our other freedoms.  The effort to force people into agreement by silencing them is precisely the mode utilized by despots in order to prevent subversion and maintain power.  Thwarting communication is the tool of tyrannical souls, whether by public officials, leaders in private tech industries, or provosts and deans in academia.

Regardless of who the censor is or whether the action is legal, the driving force of cancel culture is contrary to the spirit that animates a free society.  The attempt to short-circuit the deliberative canceling-out of narrowly selfish and prejudicial sentiments through the free exchange of ideas undermines what the Madisonian system was designed to accomplish: namely, the prevention of factious rule and ultimately the formation of sound and just majority opinions by citizens who have demonstrated the capacity for self-government.

In a free nation, the only remedy for falsehood is truth, for the lack of civic understanding, civic education, and for animosity, goodwill.  We might recollect Madison’s call to his feuding fellow citizens in 1791, when political fragmentation threatened to destroy the nation: Let us “employ [our] utmost zeal, by eradicating local prejudices and mistaken rivalships, to consolidate the affairs of the states into one harmonious interest; and let it be the patriotic study of all… to erect over the whole, one paramount Empire of reason, benevolence and brotherly affection.”

Colleen A. Sheehan is Professor and Director of Graduate Studies with the School of Civic and Economic Thought and Leadership at Arizona State University.