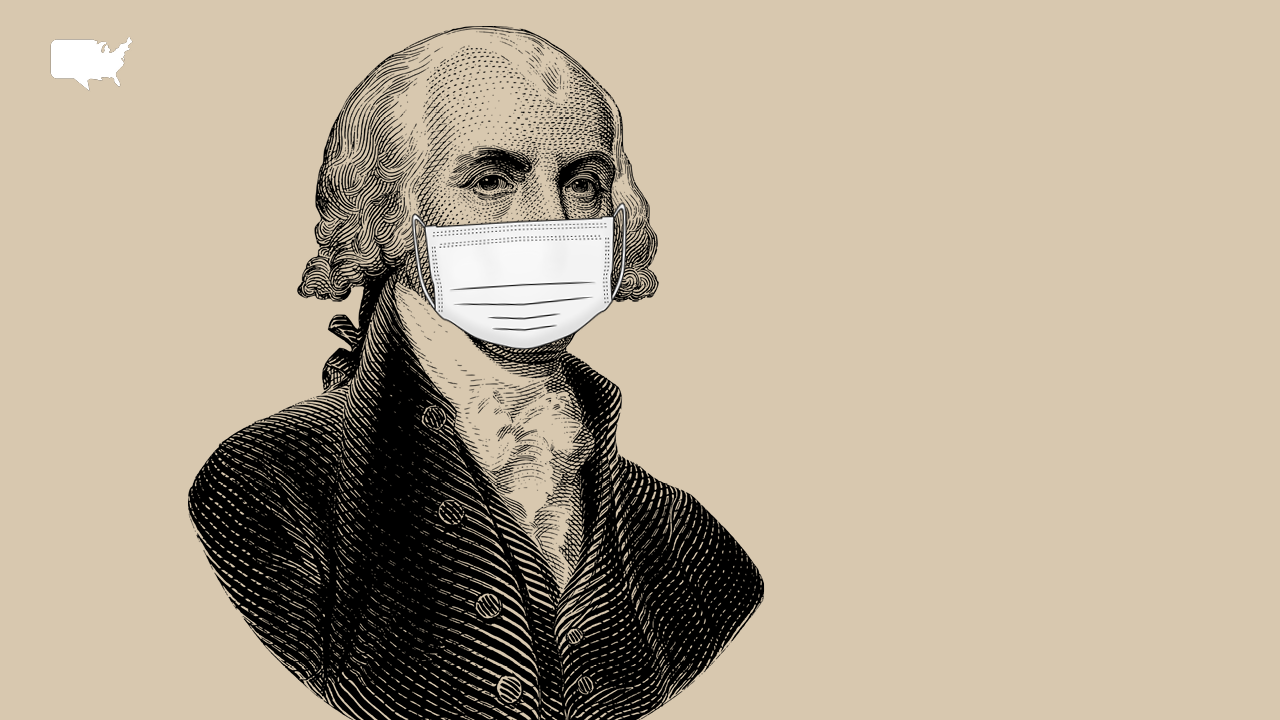 Madison begins his discussion of property by highlighting the right to exclude inherent in any property. What is mine does not belong to you. He founds the entire concept on morally justified selfishness, or at least self-interest. The right to exclude means that, in the Lockean state of nature, one is morally justified in using force to exclude another by force to preserve oneself. In contrast, an exclusionary interest implies that one, without necessarily having any moral justification in the state of nature, would really like another to be excluded. In societies recognizing the right to exclude, the government protects that right with almost sacred fervor. In societies alternatively recognizing exclusionary interests, the government spends its time weighing interests. Minimal thought is given to moral considerations—the interests are the only moral considerations. Decisions about which interests to favor, in turn, are conducted with little deeper justification than an arbitrary assignment of moral worth to various human interests.

The result appears bizarre until the ideas dominant in the opinion are traced to their roots. Utilitarianism is rooted in pleasure and pain, whether physical or mental, as the foundational justifications for all human action. Rights, to a Utilitarian, are nothing more than interests that the government chooses to protect. How does the government choose what to protect? By aiming for whatever will maximize pleasure and minimize pain. Alternatively, in the rights-based approach, interests become irrelevant. This is true except in cases when the rights at stake on both sides are equal. In these cases, interests can tip the balance.

Weighing policy by interests rather than rights is the core of the American response to the Pandemic. The interest in the possibility of avoiding thousands of deaths nearly always outweighs liberty interests. Hence the lockdowns for months until they were found ineffective. Hence the often arbitrary and unpredictable distancing, quarantining, and masking requirements. The repeated lies and inconsistency do not stem from an organized, evil plot to control minutia in Americans’ lives. They stem from a lack of access to a principled, logical means by which to justify requirements. If standing one more foot apart might save some lives, then it should be mandated since the interest of those lives far outweighs individuals’ interests in standing one foot closer to other people.

This response was inherently chaotic. Comparing one person or group’s interests with those of another can yield nothing but disorder. Madison seeks to avoid that result. Indeed, for Madison, divvying up factions and their respective interests is a grossly inadequate way to run a republic. No matter the divided interests in society, the people and government must rigidly uphold property rights. This adherence to property rights glues society together. Factions, focused on their individual interests, will always hate each other. They will be unable to respect each other and each other’s opinions. Balancing these interests will result in dissatisfaction just as rigidly defining rights often produces dissatisfaction with the result. The supposed difference—the factor that makes a system of rights superior to one of interests—is that rights have no cognizance of interests. Whoever balances interests will have no outside standard and will likely pick a favorite side. Whoever applies rights might apply them arbitrarily or for her own advantage, but the rights system, properly executed, preserves neutrality between citizens.

The Madisonian model of property holds one premise as its foundation: property is an extension of the person. If you trample my property, you trample me. If you steal my ideas, you steal a product of my mind. The mind is the essence of the person, and a thought is a product, a small part of that essence. The mind directs a person’s actions, including thoughts, labors, and acquisitions. Any attack on another’s property disregards a part of that person’s mind, and, by extension, that person. Theft is therefore much more than a selfish taking of something belonging to another. It is a denial of someone’s equal status in society. Theft is not limited to taking someone’s money, keys, or ideas. Any infringement upon the rights of another constitutes a theft. Tyranny is theft, and theft is tyranny.

I do not know that Madison explicitly addresses this problem. But his Property essay indirectly answers the question. The answer is deeply philosophical, a point about life itself. It is the point that inspired the American Revolution: dying free is better than living a slave. This conclusion is the harsh implication of the right to exclude—Madison’s starting point and central theme in the essay. In the state of nature, the right to exclude means the right to sacrifice myself for things belonging to me. In society, the right to exclude means that government will often protect an individual’s property rights over another’s life.

Madison notes that individuals have property in their ideas, the “free communication” of their ideas, and their religious opinions. The interests view balances the public interest with the individual interest to promulgate a particular opinion. The rights view proscribes interference with free action, movement, and expression unless it tramples the rights of another.

Traditionally, Americans have nearly always held the rights view. The American Revolution, Civil War, world war responses, and Civil Rights Movement all justified their agendas with rights. Slavery and Jim Crow are huge exceptions, although even the race narratives diligently and mistakenly, probably disingenuously, justified their arguments using rights. The Pandemic response reflects that, at some point in the last few decades, Americans have embraced the interests approach. Perhaps 9/11 and the Great Recession have bolstered the interests approach as a default response to seek refuge in the government. The cause of Americans’ abandonment of the rights approach is unimportant compared to the reality that we are now trapped within the interests approach.

The implications of our capture are profound. Madison’s approach exposes serious problems with the Pandemic response. First, the response defaulted to the protection of public health and safety before Americans knew the details that might justify the measures. COVID’s source, seriousness, symptoms, and death rate were unknown. The rights view, by default, would defy draconian measures until COVID stats were known and the rights of all parties involved could be assessed.

Second, policymakers justified these draconian measures with the argument that saving a few lives always or nearly always outweighs other interests. In the early stages, that was the only argument available since so many facts were unknown. Even in the later stages, however, policymakers have clung more closely to that argument since the death rate is low and the negative proportional statistics keep dropping. Alternatively, at every step, the rights view would demand justification for every draconian measure as an absolute necessity. Policymakers would have to balance the right to life with the rights that the measures would limit, e.g. freedom of movement, commerce, etc. That balance should not be confused with a balance of interests. First, the rights balance has moral justification that the interests balance lacks. The moral justification in the rights approach comes either from God in the Lockean version or from deep commitments to the protection of both human life and property evident in a more Rawlsian approach. Second, a balance of rights would have a very different result because it has a different threshold to justify draconian measures. The interests approach’s balance assigns an exorbitant value to life in comparison to anything else, making the ‘protection of life’ a catch-all excuse that easily passes the test for draconian measures. The rights approach’s balance deems the right to life the most important of all rights. All other rights are a corollary to the right to life. But, because those other rights are corollaries, their denial is to some extent a denial of the right to life. Any violation of those corollary rights, particularly property rights, is extremely serious and demands robust justification, meaning that ‘protection of a life’ often falls far short of a sufficient justification of a draconian measure.

The Pandemic policy response disagrees with the rights approach. The policy response speculated about possible harm to the populace and then abridged Americans’ rights in unprecedented fashion. The certainty was that fundamental rights would be suspended for a significant time. The hope was that many lives would be saved. To pass the rights view, policymakers needed to 1) prove a realistic estimate of deaths that a lack of a draconian response would cause, 2) list all the rights that draconian measures would suspend, and 3) carefully consider whether the protection of the right to life would justify suspending many American rights. These steps, central to any Madisonian or natural rights approach to the Pandemic, were skipped.

We all agree that the Pandemic is ‘unprecedented.’ It is a tragic crisis. Madison recognizes a right to the “safety” of the “person,” which probably includes certain rights of protection in a pandemic. However, Madison’s bigger fear is that excessive, centralized power destroys property rights. What Madison might find most disturbing in our Pandemic world is not the draconian measures themselves. Rather, he might find most problematic the lack of room for a reasoned discussion of the justification of those measures—the lack of debate prior to implementation, the heavy reliance on executives and experts, and the fragility of civil discourse about policy and factual disagreements in the Pandemic’s final stages.

Lastly, as a young, healthy American with a family that has suffered no lasting physical harm from COVID, I may have certain unfair biases about the value of liberty and the protection of property and an excessive concern about draconian measures. But my argument is not about the measures themselves—there is room for reasonable disagreement. It is about how Americans approached Pandemic issues, namely by focusing irrationally and unjustifiably on varying interests rather than moral rights. I worry that my fellow gen-Zers, entering higher education, the voting population, and the workforce in droves, have learned, under the moral pretense of infinitely valuing every individual life, to reject well-reasoned moral justification of emergency policies. We have likely been told to accept without question the labeling of a problem as an emergency when the government thinks fit. For the last two years, we have been taught to forget the notions of rights, reason, and nobility that inspired Madison.

This essay’s argument is not novel. It simply asks the reader to recall that individual rights once reigned supreme, to question whether they do and should now, to consider Madison’s rigid property doctrine, and most importantly to continue the conversation on the subject with those around you.

Dan Keller received his M.A. in Political Science from Baylor University and is a first year law student at The Ohio State University Moritz College of Law. 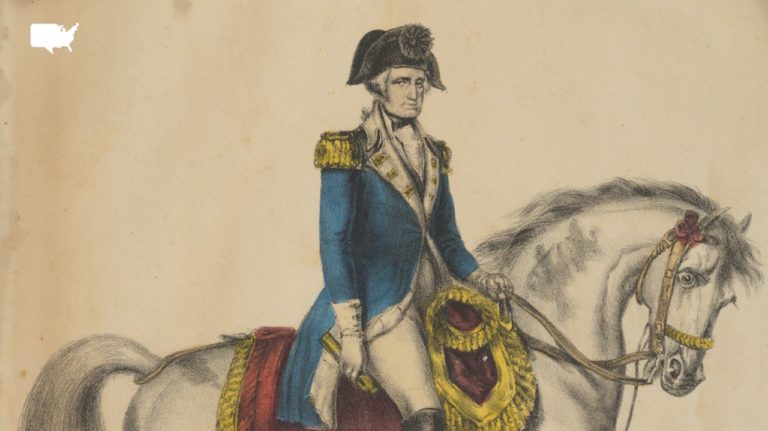