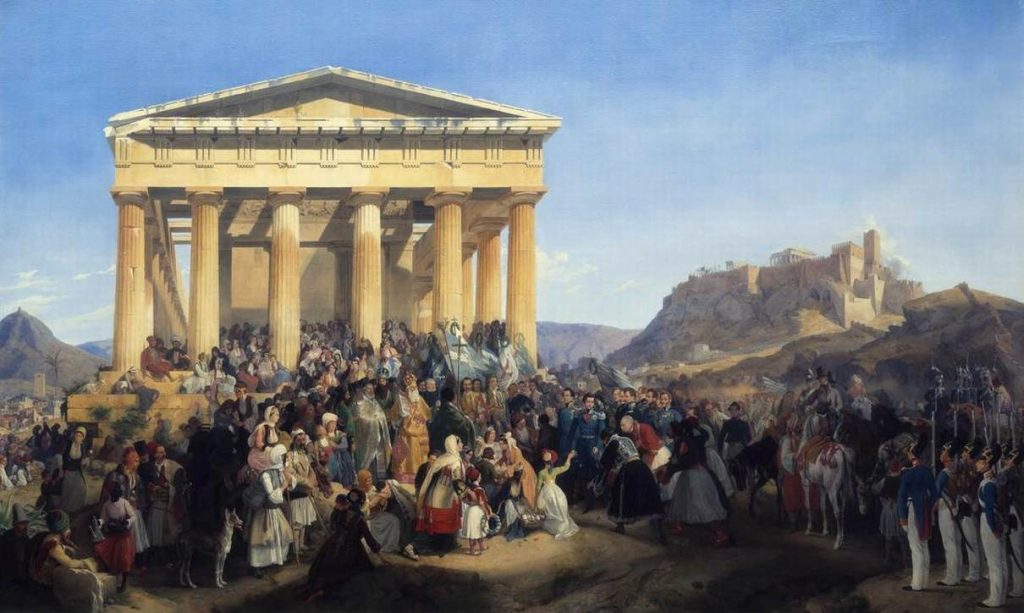 The natural law has much to contribute to our rights-focused political discourse. Three strategies can help those committed to the natural law to bring this contribution to bear in our time.

My title assumes that there is a real difference between natural law and natural rights—perhaps even a “tension” or, worst of all, a “contradiction.” The main difference is that the natural law reflects a view of human life that is teleological; that is, it has something to say about human ends and human longings for those ends. To say, “the natural law binds me to do X” means “the ultimate eros of human nature makes me love and demands that I pursue X.” “Natural rights,” on the other hand, denotes a view of human life that emphasizes capacities to exercise freedom or liberty. To say, “I have a right to pursue X” is to say, “I have a capability to do X, and this capability may not justly be interfered with.”

This sketch of my problem is only a much less sophisticated iteration of the position of Leo Strauss, as outlined in Natural Right and History, as well as of Ernest Fortin, who turned Strauss’s emphasis on the tension between natural law and natural rights into a trenchant critique of Catholic thinkers—including popes—who have been unable to resist the longing to attempt to unify elements that are not completely compatible. The Strauss position has been challenged, of course; Adam Seagrave, in particular, has offered a serious argument for accepting a Lockean version of natural rights as different from but still compatible with the natural law. If nothing else, he suggests, the two can both co-exist, as it were, within the human soul. If I understand him correctly, though, he admits—very sensibly in my judgment—that the two views can sometimes conflict, which forces a ranking of the two competitors. That Seagrave can only mitigate but not eliminate the tension between the two positions is disappointing news—we would rather have the demands of morality speak with a single voice—but no one ever promised that the human soul could be reduced to a simple unity.

In addition to assuming a real difference between natural law and natural rights, my title also makes a second assumption: namely, that in the United States, “natural rights” is winning. This leaves those who prefer a teleological alternative in an uncomfortable position, especially since these are democratic times. Not only must natural law advocates face the reality that they are in the minority, they also have to explain somehow why their view of human life, which they claim applies to all and is known by all is in fact rejected by most. What I want to suggest, in response to the second assumption, are three strategies those who are committed to living the natural law might attempt in order to get along in an age such as ours.

POSITIVE RIGHTS WOULD EVENTUALLY, IT SEEMS, WIND UP DENYING THE RIGHT TO PROPERTY.

The first of these is perhaps rather elementary, but natural law advocates can help our age immensely if they can press the rights advocates into thinking more precisely about what they mean by this very word “rights”. I will illustrate my point with an example borrowed from this past May. During the Miss USA beauty pageant, a young woman from the District of Columbia named Kara McCullough was asked whether health care is a privilege or a right. She answered quite confidently that it was a privilege. Apparently her answer was deemed adequate at the time—indeed she went on to win the competition—but it elicited so much angry response in the world of social media that the next day her confidence was sufficiently diminished that she changed her answer.

But what was wrong with the original answer? After all, the obvious advantage of choosing “privilege” rather than “right” is that one should be grateful when one receives a privilege, and gratitude is scarce these days. In one of the most sanctimonious of the many sanctimonious commentaries on Miss McCullough’s original answer, David Lazarus of the Los Angeles Times explained that in deeming health care a privilege, the answer implied that someone could be denied access to health care. He even quoted a professor at the University of California San Francisco’s Institute for Health Policy Studies as claiming the following: “If you take that position to the extreme [the position that health care is not a right but a privilege], “one would have to be comfortable with letting people die on the street.”

Well, let’s say that Miss McCullough wanted to defend her original answer. She might have done so by clarifying what is meant by a right. In the classic conceptions, rights are understood as “negative” claims, or as rights to “non-interference.” The right to bear arms, for example, is really about a negative claim. It does not mean, “You have to pitch in to buy me a rifle,” it means only “You may not take away the rifle I already own.” The right to free expression, to cite another example, does not mean, “You have to pitch in to publish my book.” It means only “You may not interfere with or suppress publication of my book.” The proposed “right to health care” is clearly not simply a negative right or a right to non-interference. It does not mean simply that, if I want to and have the means to contract with a physician, I may do so. It means instead, “You-all have to pitch in to help pay for my health care.”

The reason that the classical theories of rights don’t include positive claims is that most philosophers find it impossible to espouse a consistent theory of rights that includes such positive claims. If I have a right to health care, for example, it would seem that I have a right to, say, dialysis and that you would have to pay for my dialysis. But what if I ruined my kidneys through drug abuse, and what if you wanted to use your money to help pay for, say, your daughter’s college education? What if my dialysis doesn’t work? Do I have a right to get in line for a transplant, and thereby to receive one prior to another person who was just unlucky? What if I lived in a poor society? Would some people have to go hungry so that resources could be diverted for, say, my heart surgery? Positive rights would eventually, it seems, wind up denying the right to property.

The medieval philosophers, many of whom embraced some version of natural law, had a quick and sensible distinction ready to hand for handling such questions, by the way. They distinguished not negative and positive rights but negative and positive duties. A negative duty, particularly “do no harm,” was judged to be an unlimited duty. One can at least almost always “do no harm” to people—exceptions may exist but are rare. However, with respect to positive duties, like helping others, our duties are always limited because our resources are always finite even if human needs are not. To be sure, we have to do as much as our resources permit, but we will have to use prudence to prioritize what we do.

So, what should the beauty pageant queen have done? She should have said something like this: “Well, strictly speaking, access to health care isn’t a right, but I think we all are under an obligation or duty to do all that we can to help our fellow citizens, and that means helping them with health care if that is possible and prudent, given all of the other needs that people in our country have.” This would seem to be the answer of the natural lawyer. Such an answer doesn’t necessarily commit one to denying or providing health care; certainly it doesn’t commit one to letting people die in the streets. It has the advantage not only of common sense on its side, but it avoids turning the question into one of moral absolutes or “rights.” It commits one to a concern for others while leaving a latitude for statesmanship.

RIGHTS ARE, AT THEIR MAXIMUM, ONLY THE BARE MINIMUM OF MORALITY.

A second strategy for living the natural law in a time of natural rights is to try to turn the focus of one’s contemporaries away from what is supposedly possessed by others (namely, rights) and toward what an action does to the soul of the one who performs it (namely, make it virtuous or vicious). For an example, consider how abortion tends to get argued about in an age of rights. A right of a pregnant woman to privacy or to do what she wants with her body is pitted against a right to life of an unborn human being. The natural law thinkers of the Middle Ages tended to think about abortion not so much in terms of what it does to the unborn child, but in terms of what it does to the soul of the woman seeking it or the doctor providing it. To be sure, the natural law advocates do not deny that the recipients of unjust actions are harmed, but they know that the doers of injustice are ultimately harmed even more. One can respect everybody else’s natural rights but still, according to natural lawyers, be a despicable person. What natural lawyers can do for their age, then, is to remind those who are about “rights gone wild” that they still have souls that must be attended to. Rights are, at their maximum, only the bare minimum of morality. Our fascination with them must not distract us from higher goals and ends, like seeking the good in company with our friends.

The third strategy that natural law advocates should employ in our age is to recall and to maximize what they have going for themselves, which is longing or desire or eros. The great Achilles heel of natural rights doctrines are that they are so unerotic. One can read the classic accounts in Hobbes or Locke and perhaps find their arguments compelling, but who longs to live in such a world? They may convince many, but they do not inspire; they may be predominant in our time, but it is a drab, gray power. Of course, natural law advocates have to remember that the “law” part of their own position is not their strong suit. The carrot part of this teleological position is the vision of the virtues, which are virtues only when our souls are changed so that they desire, crave, and pant for happiness in its highest and most complete sense.

We are familiar with the quip, “I do not agree with what you have to say, but I will defend to the death your right to say it,” which turns out not to be traceable to Voltaire after all, but to one of his biographers. To my mind, while I doubt that I have the courage to lay down my life for my friend, I can at least see that it would be beautiful and fine to do so. Never, however, would I lay down my life for something so bloodless as my friend’s “right” to say silly things. Thus, the natural lawyers need to remember that they have passion on their side, for their vision of human existence is about the sublime and the noble.

Douglas Kries is Professor of Philosophy at Gonzaga University and author of The Problem of Natural Law (Lexington Books, 2007).