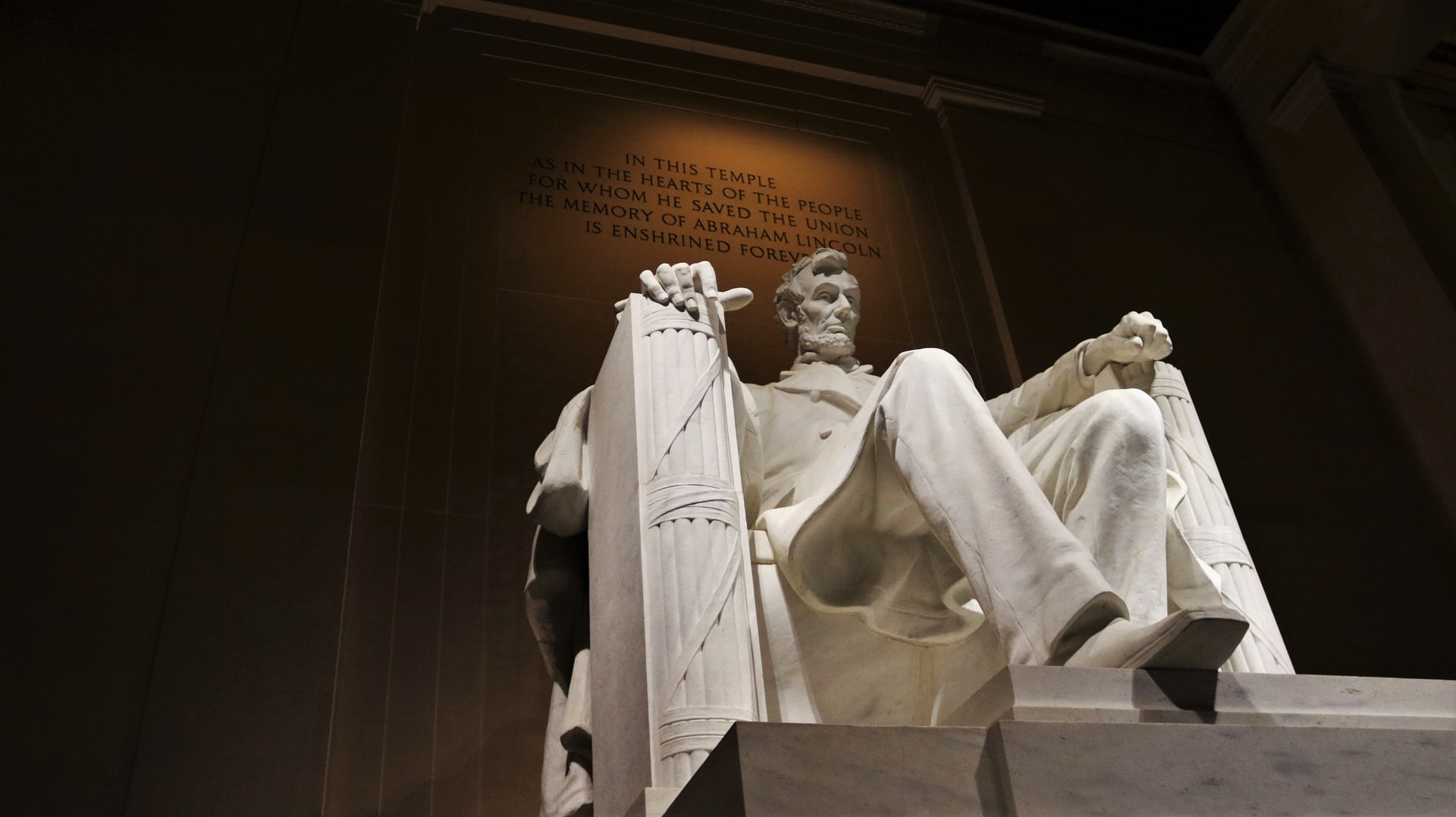 Remarks
prepared for “A House Divided: Protests, Patriots, and Partisanship,” a panel discussion presented by Mizzou’s Middleton Center for Race, Citizenship and Justice on November 11, 2020.

All three of the synoptic Gospels tell a story in which Jesus says, “If a kingdom is divided against itself, that kingdom cannot stand. If a house is divided against itself, that house cannot stand.” Abraham Lincoln alluded to this at the close of the 1858 Illinois Republican Party Convention, where he had just been nominated as the Republican Party candidate for U.S. Senate in a race against the Democratic incumbent, Stephen Douglas.

In what became known as his House Divided speech, Lincoln famously said: “A house divided against itself cannot stand.” We often forget what he said next: “I believe this government cannot endure permanently half slave and half free. I do not expect the Union to be dissolved – I do not expect the house to fall – but I do expect it will cease to be divided. It will become all one thing or all the other.”

The rest of Lincoln’s speech was an analysis of why he thought that was the case, why the country could not permanently exist half slave and half free. For Lincoln, this was because of the irreconcilable conflict between the principles of the American founding – that we are all created equal and endowed by our creator with unalienable rights and that the just powers of government are derived from the consent of the governed  – and the way those principles are denied by the institution of slavery. That institution stood as a contradiction and scandal in light of our founding affirmation of natural equality, natural rights, and government by consent.

The immediate way in which that conflict manifested in American politics in 1858 was over the principle of popular sovereignty in the federal territories and debate over whether the states admitted from those territories would be slave states or free states. Senator Douglas had authored a bill called the Kansas-Nebraska Act in 1854, signed by Franklin Pierce, that would allow the settlers in those territories to choose whether to allow slavery within their borders, and he professed that he personally didn’t care whether slavery was voted up or down. When combined with the Supreme Court’s decision in Dred Scott v. Sandford in 1857, which implausibly held that the Constitution protects the right of citizens to own and traffic in human property in the territories, Lincoln perceived a distinct trend toward the nationalization of slavery. The President at the time of the Dred Scott decision, James Buchanan, said just days before the case was handed down that he would, in common with all good citizens, submit to the Supreme Court’s decision whatever it happened to be.

Lincoln looked at all this, surveyed the landscape, and then accused Pierce, Douglas, Roger Taney (the author of the Dred Scott decision), and Buchanan of putting together the machinery that would extend slavery across the nation. The house would cease to be divided, and in the process the American people would repudiate their own founding principles. Lincoln’s speech is, in an important sense, about keeping the house divided – at least for a time, until there can be a just resolution of the crisis.

What Lincoln called for was for the Republicans to “meet and overthrow the power of that dynasty,” and the first step was removing Stephen Douglas from the Senate. In Lincoln’s interpretation, there was much more at stake in that race, and the issues it represented, than ordinary politics. As he said in seventh and final debate with Douglas during their 1858 Senate campaign, if you cut through everything, the issue ultimately boiled down to this: whether slavery is right or whether it is wrong.

That is the real issue. That is the issue that will continue in this country when these poor tongues of Judge Douglas and myself shall be silent. It is the eternal struggle between these two principles – right and wrong – throughout the world. They are the two principles that have stood face to face from the beginning of time; and will ever continue to struggle. The one is the common right of humanity and the other the divine right of kings. It is the same principle in whatever shape it develops itself. It is the same spirit that says, ‘You work and toil and earn bread, and I’ll eat it.’ No matter in what shape it comes, whether from the mouth of a king who seeks to bestride the people of his own nation and live by the fruit of their labor, or from one race of men as an apology for enslaving another race, it is the same tyrannical principle.

We know how the story ends: Lincoln loses the Senate race to Douglas in 1858, but he wins the Presidency in 1860 in a four-way race that included Stephen Douglas as the Democratic party nominee for President. And as Lincoln later reflected in his Second Inaugural Address, using the passive voice, “the war came.”

There were many reasons for that war – economic and geo-political – but we must not forget that it was marked foremost by deep and irreconcilable differences of principle.

What relevance does all of this have for us today? There is much that could be said. Let me leave you with three thoughts:

We have focused here on Lincoln’s House Divided speech. Together with his Inaugural Addresses and the Gettysburg Address, Lincoln provided a powerful, extended meditation on the meaning and tragedy and hope of America. And so it is fitting to conclude with the final lines of Lincoln’s Second Inaugural Address, delivered at the close of the Civil War and a month before his own death at the hands of one of his fellow countrymen. “With malice toward none; with charity for all; with firmness in the right, as God gives us to see the right, let us strive to finish the work we are in . . . to do all which may achieve a just and lasting peace, among ourselves, and with all nations.”

Justin Dyer is Director of the Kinder Institute on Constitutional Democracy and Editor of Starting Points.