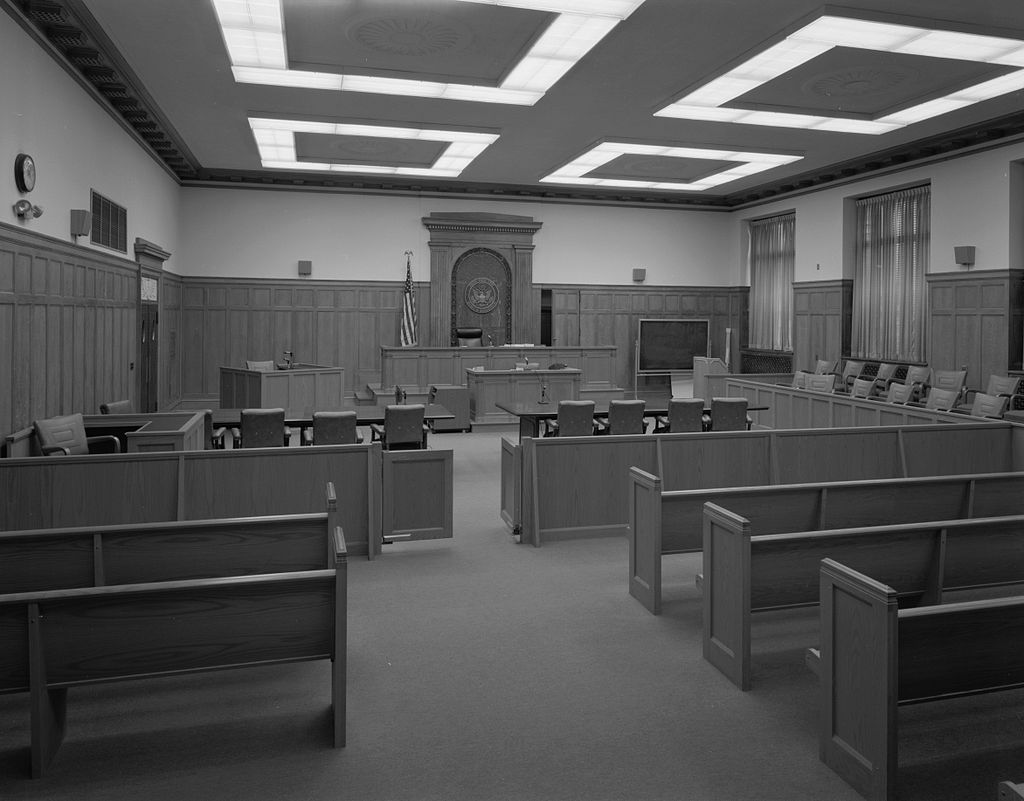 Academics forgo the term “resume” in favor of “curriculum vitae.” The CV refers to a list of degrees and accomplishments. But considering the Latin translation–“the course of life”–is the term too grand? The story of John Henry Wigmore suggests that “curriculum vitae” is not an overly grand term. Wigmore’s CV depicts a unique life path–as we reflect on Wigmore’s CV and life, we may also reflect on our own.

In the ivory tower, we forgo the standard term “résumé” so common in business circles and opt for the loftier “curriculum vitae.” It refers, of course, to a list of our degrees, publications, courses, and the like. But considering the Latin translation—“the course of life”—might we ask, is the term too grand? Surely, the course of our lives comprises more than a litany of journal articles and conference papers.

But then again, “curriculum vitae” may be precisely the right terminology. If all scholarship is on some level autobiographical, then a CV perhaps says a lot about the life behind the name at the top. The connection between a scholar’s personal history and professional accolades may be obvious or opaque, direct or discreet–but it is there all the same.

THE STORY OF JOHN HENRY WIGMORE, A LEGENDARY LEGAL SCHOLAR OF THE GILDED AGE AND PROGRESSIVE ERA, SUGGESTS THAT “CURRICULUM VITAE” IS NOT, IN FACT, OVERLY GRANDIOSE.

Tacitly encoded into the lines of Wigmore’s CV—among the most impressive in the history of legal academia—was a unique life path. His journey took him from the boom years of San Francisco to the hallowed halls of Harvard Law to the distant shores of Japan. Eventually, Wigmore became the longtime dean of Northwestern Law. From this perch, he produced an extraordinary body of scholarship. His magnum opus was a massive treatise on evidence law, first published in 1904, that singlehandedly redefined courtroom practice. It was arguably the single most influential legal treatise in the common law world. Wigmore carried with him the lessons of his personal odyssey, and his scholarship on evidence bears striking biographical marks.

Born in San Francisco in 1863, Wigmore came of age amid the turmoil of urbanization. In an era defined by burgeoning metropolitan centers across the country, San Francisco outpaced all but Denver in its rate of growth. The city’s population nearly quadrupled from the time of Wigmore’s birth until he left for college. As a son of San Francisco, Wigmore would be particularly well situated to recalibrate the law of evidence to meet the demands of a quickly urbanizing society.

Consider the admissibility of evidence to establish a party’s reputation (which could be relevant in a libel case, for instance). Traditionally, courts admitted “neighborhood-reputation” from persons who lived near the party in question. This doctrine made sense in a world of small towns where people generally knew their neighbors. Wigmore, however, argued in his evidence treatise that the anonymity of a modern city meant a given party’s neighbors might have no familiarity at all with his or her reputation. Business associates living hundreds of miles away could be better situated to testify. “Amid the isolated individualism and kaleidoscopic changes of the metropolitan horde,” Wigmore observed, “no neighborhood-reputation is likely to exist.”

As Wigmore completed his high school education in 1879, he made plans to attend Berkeley. His domineering mother, however, would not have it. Wigmore’s sister later explained, “Mother was under the spell of the New England men and women of letters of the time, and nothing would do but that Harry [Wigmore’s childhood nickname] must go to Harvard.” Wigmore flourished in Cambridge, and pursued a law degree at Harvard after completing his bachelor’s.

Harvard Law was then a pioneer for trends in professional education. For law schools, professionalizing the discipline meant, in large part, an emphasis on research and scholarship. Wigmore was an active participant in the project of professionalization, and helped found the Harvard Law Review in 1886. Decades later, he recalled the reasons that he and his fellow students established the journal: “We knew that our faculty comprised scholars of the highest standards and accomplishments….We yearned to see the fruits of their scholarship in print.”

THANKS TO HIS FOUNDATIONAL ROLE IN THE HARVARD LAW REVIEW, HE HAD A BETTER UNDERSTANDING THAN MOST CONTEMPORARIES OF HOW PROFESSIONAL COMMUNITIES OF EXPERTS MAINTAIN INTERNAL PROTOCOLS TO ENSURE THE CREDIBILITY OF THEIR FINDINGS.

Informed by that graduate school experience, he later called for the admission of academic treatises as evidence into court. Only two American jurisdictions allowed such works of scholarship; most rejected treatises because the scholars who wrote them were not present in a given courtroom and thus not subject to cross-examination. From Wigmore’s perspective, courts failed to appreciate that academic communities maintained their own internal safeguards against dubious conclusions, thus obviating the need for cross-examination in court. As he explained in his evidence treatise:

The writer of a learned treatise publishes primarily for his profession. He knows that every conclusion will be subjected to careful professional criticism, and is open ultimately to certain refutation if not well-founded; that his reputation depends on the correctness of his data and the validity of his conclusions; and that he might better not have written than put forth statements in which may be detected a lack of sincerity of method or of accuracy of results.

After graduating from Harvard Law and a stint undertaking legal research for an energetic lawyer named Louis Brandeis, Wigmore set his sights on a career as a legal scholar. The job market, then as now, was tight. But in 1889, an unusual opportunity surfaced. Tokyo’s Keio University was seeking a scholar to teach the common law, and the president of Harvard University recommended Wigmore, then 26, for the position. The young scholar felt enchanted by the Japanese scenery as his ship neared the end of its long voyage across the Pacific: “We passed close to the shore, and the little cloves, green sward, and fairy trees made one and all of us, feel over and over again, that it was a journey into fairyland.”

Wigmore arrived during the Meiji era, a period when Japan had cast off its isolationist policy and sought to westernize as quickly as possible. As a professor of Anglo-American law and a shortstop on what was probably Tokyo’s first-ever baseball team, Wigmore personified the Japanese western turn. And yet once he began his tenure at Keio, he grew intensely interested in Japanese feudal law. Over the course of his three years in Tokyo, Wigmore became the most prolific scholar of Japanese legal history in the world. He found much to admire in the old legal system that Japan had now discarded in favor of Western models:

The chief characteristic of Japanese justice as distinguished from our own may be said to be this tendency to consider all the circumstances of individual cases, to confide the relaxation of principles to judicial discretion, to balance the benefits and disadvantages of a given course, not for all time in a fixed rule, but anew in each instance.

When Wigmore later produced his tome on evidence law, he championed these principles time and again in his calls for doctrinal reform—particularity, judicial latitude, balancing tests. In an era when Japan sought to westernize its legal system as quickly as possible, Wigmore wanted to easternize the American rules of evidence. Once more, Wigmore’s professional work reflected his own biography.

Perhaps the most poignant illustration of the course of life behind Wigmore’s CV was his search for a father figure. His father had wanted him to return from Cambridge after college and join the family furniture business in San Francisco. But Wigmore forsook those wishes, rejecting both the business and the city. His parents’ failure to attend his wedding was surely a painful reminder of their disappointment in him.

WIGMORE’S VERY PASSION FOR THE LAW THAT ALIENATED HIM FROM HIS FATHER WAS PRECISELY WHAT ENDEARED HIM TO A RELATIVELY UNKNOWN STATE JUDGE IN THE 1880S, OLIVER WENDELL HOLMES, JR.

When Wigmore was 24-years-old in 1887, his first two published law review articles elicited a warm letter from Holmes. “I have read your articles on Boycotting and Interference with Social Relations with much interest,” Holmes told the young Wigmore, “and hope that as soon as I get through sitting with the full court you will give me an opportunity to talk with you about them.” Wigmore was surely elated. At that point, he had known Holmes only by reputation, having read with admiration the judge’s book The Common Law (1881), which became a celebrated legal work in the decades to follow as Holmes’s fame grew.

The initial 1887 letter from Holmes to Wigmore catalyzed a mentor-protégé relationship that would span six decades. When Wigmore returned from Japan unsure of his next professional move, he ran into Holmes on the street in Boston in 1893. Holmes could see that Wigmore was distressed and invited him to Young’s Hotel for lunch. There, Holmes offered Wigmore the encouragement he needed at that moment. Wigmore recalled in a note to Holmes, “your words on the day have been like apples of silver to me” and Wigmore further acknowledged “your influence upon your admiring disciple.” Both the judge and the scholar would achieve towering heights in their respective spheres—Holmes on the US Supreme Court and Wigmore in legal academia—all the while maintaining a close personal relationship.

Unsurprisingly, the father-son bond that Holmes and Wigmore forged had important consequences for Wigmore’s body of work. Holmes was renowned for his insistence that legal decisions were not simple exercises in syllogistic reasoning, that judges were not infallible arbiters of justice, and that the law had no supernal quality. He sought to disabuse the legal profession of what he considered facile delusions, and force practitioners to confront the law’s murky, contradictory, and irrational character. All of these ideas deeply influenced Wigmore and his treatment of evidence doctrine. He routinely referred readers of his treatise to numerous decisions from Holmes’s pen as well as to “the epoch-making book of Mr. Justice Holmes, The Common Law,” as Wigmore put it.

John Henry Wigmore was, in many respects, unlike most of us in the academy. His productivity is simply staggering. He wrote or edited nearly one hundred volumes in his lifetime. Only a shelf with eighteen feet to spare could fit the entirety of his scholarly output. Few if any academics today could claim to emulate this kind of fevered work ethic (or would want to). But in a broad sense, Wigmore was precisely like the rest of us. He was a product of his upbringing—his hometown, his family, his relationships. His curriculum vitae may have been far longer than anyone’s we know, but it reflected his life’s journey as much as our own CVs do.

Andrew Porwancher is Associate Professor at the Institute for the American Constitutional Heritage at the University of Oklahoma. This article is based on his recent book, John Henry Wigmore and the Rules of Evidence: The Hidden Origins of Modern Law (University of Missouri Press, 2016).