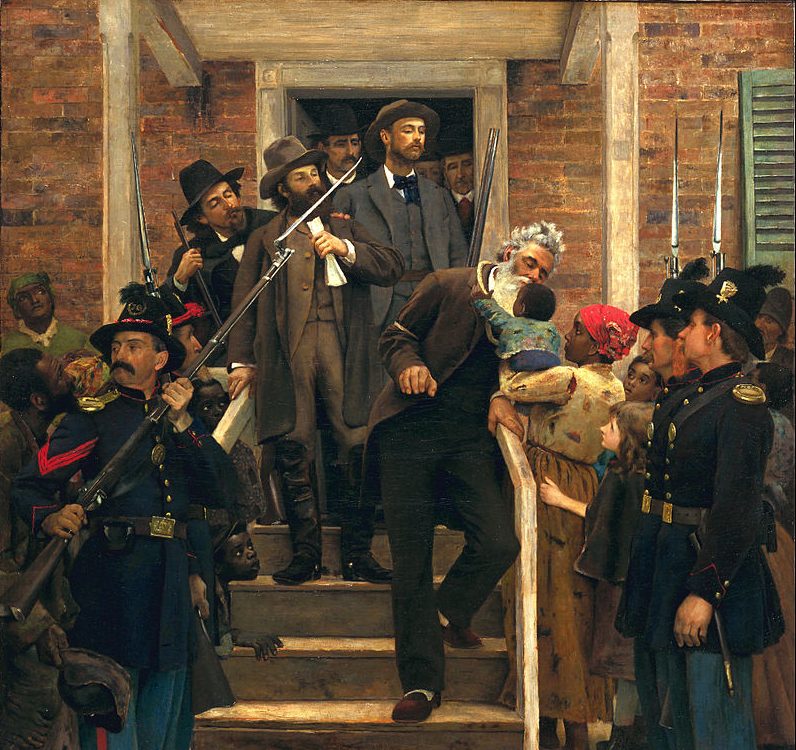 Our politics has problems. There must be a way to bring the steadfastness of a Diogenes or a John Brown into public discourse uncompromised, but in a way that is also palatable to those who turn away from the words of someone so unusual.

Political scholars often look to canonical philosophy for insight into contemporary politics. Some of the canon is newer—Locke, Rousseau, and Machiavelli, to name a few. Some, largely Greek, is older, like Socrates, Plato, and Aristotle. Among the older philosophy, there is one thinker who draws less attention from contemporary scholars: Diogenes of Sinope.

This essay examines Diogenes and compares him to American analogue John Brown, the latter of pre-Civil War notoriety. In doing so, it highlights the fact that politics is nested within a society that is unable to listen to all messengers. It will find solutions for this neither in Brown nor Diogenes, though through examining the two the essay will exemplify the conclusion that one way to deal with good ideas from bad messengers is through translation.

Most accounts of Diogenes start in the same place, with he and his father working for the city of Sinope in an agency that minted currency. After being encouraged by his employees to destroy money, and receiving advice from an Oracle of Delphi to “deface the currency,” he damaged coins so as to be unusable. His father was imprisoned, and he was exiled. In exile, Diogenes came to interpret the oracle’s advice differently; that he was advised to deface political currency. This meant calling into question human hypocrisy—he was drawn to point out the gap between pretension and actual human behavior.

Diogenes’ philosophy could not be complete until he had an epiphany. He needed a reference for what people really were before he could point out any gap between pretension and reality. The epiphany came to him one night in exile when, after seeing a rat scurry around in the dark, he realized that man was a similar animal. Like the rat, humans scurry in the darkness of their ignorance, pursuing animalistic goals but unable to make much sense of anything. This was fine—such was the human animal. But there was an important way in which humanity did not conform to the rat ideal. Humans are pretentious. They pretend they are not animalistic. They build complex ideological systems. Abstract and obtuse, systems appear sophisticated but do a poor job of explaining how to get to the animal desires. To Diogenes, man was an animal—but he was a very poor animal. Were he to overcome pretention, he would find it much easier to function and live a more natural, and thereby more moral, life. Immorality was not the satisfaction of animal desire, as some believed—immorality was the pretentions of humans getting in their own way.

DESCRIBING HIM, PLATO REFERRED TO DIOGENES AS A SOCRATES GONE MAD.

It is difficult to look at Diogenes’ focus on animalism and believe it to be anything more than a morality of hedonism. Diogenes would counter that being closer to an animal—a position he saw as more moral than being a pretentious human—was not comfortable. He was less hedonistic and more of a public ascetic. But if one is willing to look past some of the less savory aspects of Diogenes—like living in a wine barrel in the market and occasionally barking like a dog—one can see that he in fact approaches expectations of conventional morality.

Diogenes disliked most popular philosophy of his time. He hated Plato, who argued that there were actual abstract forms of things and insisted that living things all belonged to a category. Once, Plato defined a human as a “featherless biped” to much aplomb; later, Diogenes threw a plucked chicken into Plato’s lecture hall and declared that he had found Plato’s human. Diogenes pointed out that despite the great respect that Plato held, like all philosophers he should be judged on the merits of his ideas rather than his reputation and popularity. Describing him, Plato referred to Diogenes as a Socrates gone mad.

One story puts Diogenes in contact with Alexander the Great. Alexander approached Diogenes where he was sunning himself, and offered him any favor he wished. Diogenes requested that he get out of his light. Alexander later held a feast, and Diogenes declined to attend. Plato saw Diogenes washing lettuce and said that if he had only accepted the invitation he would not have to eat lettuce. Diogenes retorted that if Plato had been willing to wash lettuce, he would not have had to accept the invitation. Diogenes did not recognize power alone—legitimate authority was to come from acceptance of the power, not from the position.

That relationships are not always as meaningful as we pretend, that ideas should be judged on their own merit, that power is not legitimate unless it is consensually given, and that man is closer to animal than he often acts—these are moral lessons. They are ways we ought to act—we ought to address the reasons for our relationships, we ought to judge popular ideas critically, we ought not blindly accept position-derived power, and we ought to acknowledge our strong animal desires as innate. This was the good life, not an abstract form of it or some contrived ratio of excess and deficiency.

Diogenes died an exile, not only because he had been coerced into leaving his homeland, but because he had never wanted to join a new society that didn’t act like it ought to. Judith Shklar, in her essay “Exile, Loyalty, Betrayal,” would describe someone like him as an “internal exile”: someone who, because of conscience, will not participate in society. Diogenes had his epiphany and came to judge the world a certain way. Post-epiphany, he saw the society as incongruent with his new naturalistic moral system. He could never be a member of a society so incongruent with his own values.

JOHN BROWN BELIEVED HIS GOD-GIVEN MISSION WAS TO END SLAVERY IN AMERICA BY ANY MEANS NECESSARY.

John Brown, of pre-American Civil War notoriety, was also an internal exile. He realized that society was capable of hurting the undeserving. He saw chattel slavery, at odds with his God, all around him. He believed abolitionists applied half measures that resulted in no solutions, constantly making concessions in the name of avoiding conflict. He believed his God-given mission was to end slavery in America by any means necessary. John Brown was different from Diogenes in that he was never formally exiled, but similar in his status of internal exile. He saw society as out of line with his moral system, and he saw that it was justified with hypocritical pretention. Society was incongruent with his values, and he could not participate in its institutions.

John Brown distrusted political institutions. So much political weight was given to preserving the American Union of states; John Brown saw the idea as abstract and difficult to justify in the face of empirical human suffering and bondage. Government allowed slavery in order to preserve a union, and slavery was immoral. Government could not be trusted to do the right thing. The pursuit of legally unified geography could not justify the allowance of cruel immorality. The Union was worthwhile, but not if maintaining it required conceding slavery as tolerable.

Brown disagreed with respected thinkers. For example, though acquainted with Frederick Douglass, Brown and he ultimately disagreed on the best path to abolition. Whereas Douglass preferred a plan to secretly smuggle slaves into freedom, Brown took a militant approach that aimed to arm slaves and empower them to escape. He had hoped not to kill, but noted that anyone who stood in his way stood in the way of an obviously moral action. Death in the name of correcting obvious injustice was not desirable, but allowable. Never mind the more complicated abstract concerns—the immorality of slavery was easy to understand and provided a clear course of action. His militancy would be his undoing, as his attack on an armory in Harper’s Ferry, Virginia turned to failure. The goal was to obtain the weapons to arm slaves and lead them to insurrection. Instead, he was captured and sentenced to death.

John Brown asked to be hanged. He wanted to die publicly. As a man who claimed that God had chosen him and whose lawyers claimed he had a familial history of mental illness, he had the opportunity to plead insane and escape death. He denied any charges of insanity, fearing that the idea of armed abolition would be associated with insanity. He was hanged, publicly as he had hoped. Ralph Emerson predicted that he would “make the gallows holy like a cross.” Victor Hugo described his death as Washington killing Spartacus. There was a recognition that Brown was moral and had done the right thing, that drastic injustice could justify drastic action; but no one had listened until it was too late.

WHEN FACED WITH AN INTERNAL EXILE TODAY, WE HAVE THE OPPORTUNITY TO LEARN.

What do Brown and Diogenes tell us about the internal exile? First, the internal exile, though unpalatable, can make reasonable points. Diogenes had an understanding of the morality of political power and other human relationships, and the immorality of treating people as chattel goes without saying. But Diogenes lived in a wine barrel, and Brown insisted he was commanded by God to lead a rebellion. The substance of their teachings were good, but their pedagogy was wanting. Second, the internal exile will be largely ineffective. Diogenes did not make men more virtuous. Brown did not end slavery, and although some credit him with beginning the Civil War, it is difficult to assign him full causal power for the outcome. Third, the internal exile can develop a small cult of personality. To the small group that followed Diogenes, he understood the world—to the rest of society, he was offensive. Brown could be seen as an abolitionist hero, but some even today see him as an agitator or terrorist.

What can the internal exile tell us about our politics? Despite the fact that the internal exile may be abrasive and unusual, they may also make moral political points. Diogenes insisted that Alexander was not worthy of respect by virtue of his position—power without consent from the governed is arbitrary, and he would demonstrate it by refusing to consent. Brown would not agree with the respectable Douglass. It might have been more prudent to work clandestinely, but in the face of such obvious immorality, drastic action seemed warranted. Moreover, political unity for its own sake should not justify obvious immorality—it was better to disagree and oppose than compromise with slavery. Internal exiles notice truth around them, but are largely ignored because they are difficult to agree with as messengers of this truth.

When faced with an internal exile today, we have the opportunity to learn. Without someone listening, the internal exile will go unheeded. Diogenes had important points, but people could not see past his animalistic appearance to his truth. For Brown, slavery was obviously immoral and could justify action—the message went unheeded, partially because he seemed incapable of making an argument without resorting to invocations of fire and brimstone. It might be that, in exile, they were unable to learn from societal institutions.

Our politics has problems. The internal exile is willing to teach us—they may have some answers, but their pedagogy is poor. There must be a way to bring the steadfastness of Diogenes and Brown into public discourse uncompromised, but in a way that is also palatable to those who turn away from the words of someone so unusual. The internal exiles must be speaking, even today—we must work to hear, translate, and become their messengers.

Mark Benton is a PhD student at the Truman School of Public Affairs at the University of Missouri. His research interests include political morality, city planning, and policy narrative interpretation.