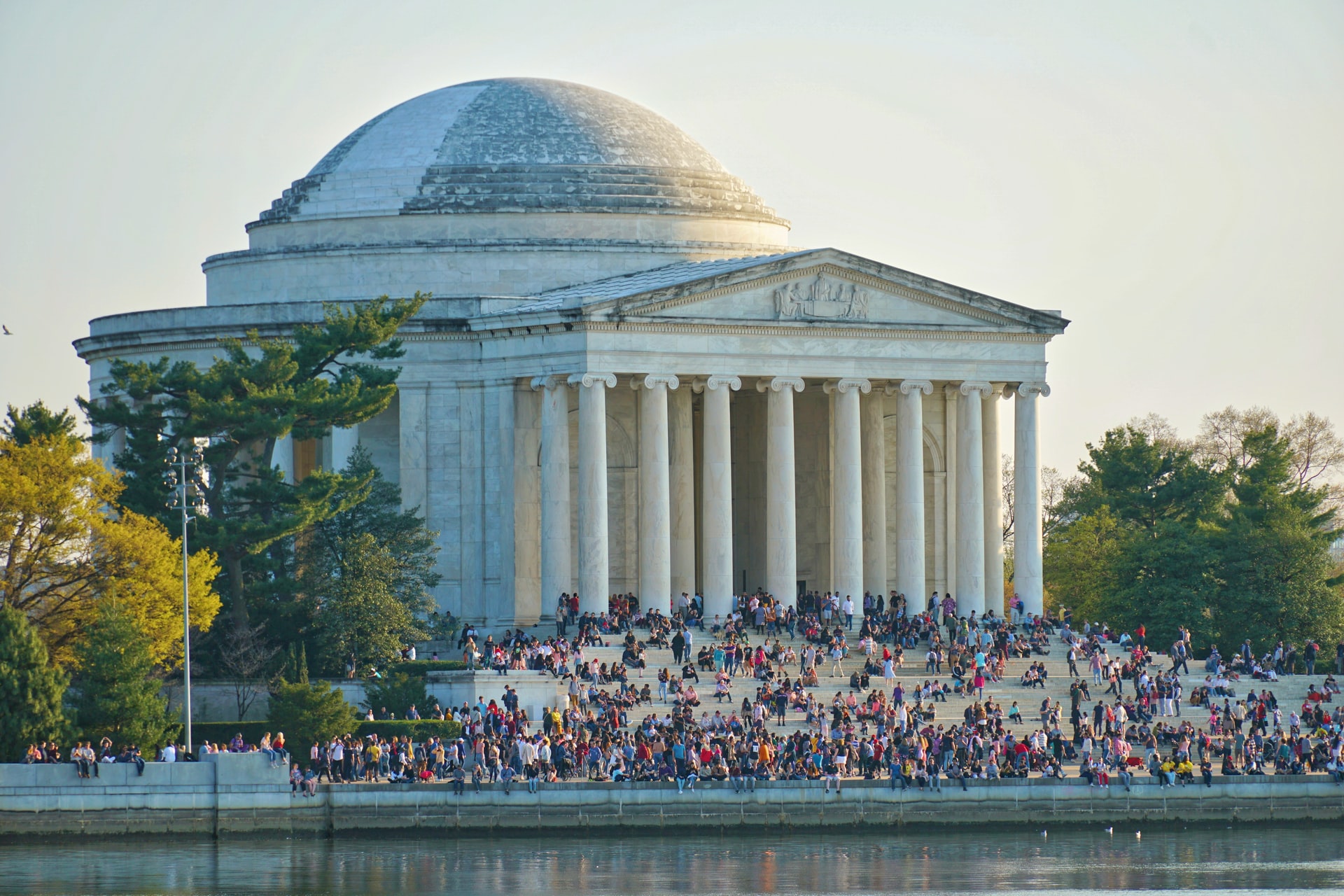 With Mr. Trump’s election to the presidency there seems no quick way out of the ongoing American culture wars regarding abortion, gun control, same-sex marriage, health care, immigration, marijuana, minimum wage, or, say, the use of the Confederate flag. It is nevertheless remarkable that such a traditional American value as toleration for religious diversity also seems to have gone totally out of vogue in national politics—with some people seriously suggesting that anti-Islamism is a rational position for every American to assume because of the recent rise of terrorist organizations in the Middle East.

To be sure, even the original Lockean principle of religious toleration did not necessarily indicate any full equality between religious views. The very term “toleration” carries with it an implication that something is only put up with while actually considered distasteful. Defining the specifically American tradition of religious freedom inevitably brings us back to Thomas Jefferson. Because the Constitution did not actually ban the states from restricting people’s religious rights, Jefferson’s 1787 Virginia statute for religious freedom can be viewed as the origin of this doctrine in its modern meaning.

As to the continuous historical debate about the views on religion that lay behind Jefferson’s creation of the Virginia statute, four points can be made. First (1), Jefferson was never interested in so-called biblical truths beyond Jesus’s simple message that one should love all humankind, and did not believe that this historical person was a son of God. Second (2), Jefferson’s advocacy of religious freedom arose from the notion that any religious conviction was an individual issue related solely to a person’s own reasoning and conscience. Third (3), he thought of such personal reasoning as comprising one’s entire worldview, and saw no problem in even an atheist subscribing to the love commandment independent of its biblical origin. Fourth (4), Jefferson therefore viewed atheists as fully capable of genuine moral thought. In the final analysis, religious freedom meant nothing less than freedom of conscience to Jefferson.

JEFFERSON SIMPLY THOUGHT JESUS TO HAVE BEEN A TRUE INNOVATOR IN MORAL PHILOSOPHY IN INTRODUCING THE PRINCIPLE OF GENERAL BENEVOLENCE TOWARD ALL HUMANKIND.

Given that there has been a remarkably persistent historical debate about Jefferson’s own religious thinking, it is worth noting, first of all, that he did not think others must consent to his personal beliefs. His advocacy of religious freedom arose, to begin with, from his lack of interest in theology. But just as important a reason was his conviction that one should not subscribe to any tenets of natural or moral philosophy unless they could be proven by modern, empirical science. The existence of God did not belong to that category.

This is why historian Andrew Burnstein’s insistence that Jefferson was an “unreligious man” tells us very little about Jefferson’s legacy regarding the issue of religious freedom. It stands in a striking contradiction to Paul Conkin’s view that “Jefferson was authentically religious” and that “in his age, when so many people were indifferent to religion…he stands with that small cadre of religious seekers…who have graced each period of human history.” As for Conkin’s odd characterization of the turn of the nineteenth century as an age of exceptional indifference to religion, it is worth emphasizing that Jefferson simply thought Jesus to have been a true innovator in moral philosophy in introducing the principle of general benevolence toward all humankind, something the ancient philosophers had never suggested. The historical Jesus’s attempt to reform Jewish religious views had been about bringing all moral thought to the simple “standard of reason, justice & philanthropy,” Jefferson thought.

Certainly Jefferson would never count as a Christian by any Fundamentalist criterion of believing in the truth of the Bible. From his famous collection of the “reliable” extracts of the Gospels, known as The Jefferson Bible, he was careful to strike out all supernatural elements, including all miracles of Jesus. As for the notion of the virgin birth, he stated that “the day will come when the mystical generation of Jesus, by the supreme being as his father in the womb of a virgin will be classed with the fable of the generation of Minerva in the brain of Jupiter.”

Similarly, his views of the actual teachings of the historical Jesus were critical. He insisted that he was not “with him in all his doctrines.” For example, while Jesus preached “the efficacy of repentance towards forgiveness of sin,” Jefferson stated, “I require a counterpoise of good works to redeem it.”

As for Jefferson’s much discussed advocacy of Unitarianism as a nation-wide creed, it is notable that he was never particularly doctrinaire about the exact content of his Unitarianism either. His suggestions that Jesus was not a son of God or even directly inspired by God in his preaching were too radical even for his Unitarian friends.

THE EXISTENCE OF A SUPREME BEING APPEARS TO HAVE BEEN FOR JEFFERSON, AS HENRY F. MAY ONCE SUGGESTED, “AN ESSENTIAL INTELLECTUAL NEED.”

To come to my second point about religion being solely a matter of personal self-determination in Jefferson’s eyes, let us turn to the reasoning behind his famous wall of separation between state and church. This conviction arose from his view that “it does me no injury for my neighbour to say there are twenty gods, or no god.” This is also an excellent formulation of the modern understanding of religious freedom, as it clearly includes non-religious views as well. Jefferson, who did consider himself a religious person, stated once that if “I could not go to heaven but with a party, I would not go there at all.”

It is Jefferson’s 1787 letter to the seventeen-year-old student Peter Carr that best captures his view of religion as a matter of personal consistency. This was his advice to the young Peter when beginning his critical reading of different religious and ethical authorities:

“Question with boldness even the existence of a god; because, if there be one, he must more approve the homage of reason than that of a blindfolded fear. … Do not be frightened from this inquiry by any fear of its consequences. If it ends in a belief that there is no god, you will find incitements to virtue in the comfort & pleasantness you feel in its exercise, and the love of others which it will procure you.”

One should thus claim to believe only what one can personally find reliable and always cling to moral virtue as the source of the love of other people. Jefferson thus held that “your own reason is the only oracle given you by heaven” for considering religious issues, even if you would end up with “a belief that there is no god.” The actual moral point of this lesson is included in Jefferson’s further claim to the young Peter Carr that on the issue of believing or not believing “you are answerable not for the rightness but uprightness of the decision.”

Jefferson thus insisted that one must remain true to oneself in determining one’s own worldview. After all, the classic dilemma of the freedom to believe is that one is bound to believe what one sees as true even if it is not what one would wish to believe. Jefferson, for example, could not find any rationality in the Christian doctrine of the trinity, which is why he insisted that he was a Christian while claiming “a right to believe in one god [instead of three], if so my reason tells me.”

My third point is that in order to grasp Jefferson’s ultimate understanding of religious freedom we need to think of our beliefs as entire belief systems. Jefferson could go as far as claiming that in essence any human belief (religious or atheist) consisted simply in “the assent of the mind to an intelligible proposition.” Moreover, our personal beliefs, whether about facts or values, could be considered as eventually comprising our entire worldviews—and consequently assessable against any rational account of the ultimate ordering of the universe. Regarding the question of which precise view would turn out to be the correct one, the progress of empirical science alone might someday give a reliable answer. This is why Jefferson detested any traditional religious fundamentalism and proclaimed that he had “never submitted the whole system of my opinions to the creed of any party of men whatever in religion, in philosophy, in politics, or in anything else.”

Jefferson’s personal skepticism about atheism, in turn, rested on his unshakable conviction that any universal ordering, to be even potentially explainable, must be essentially rational, even if exceeding mere human rationality. Hence, the existence of a supreme being appears to have been for Jefferson, as Henry F. May once suggested, “an essential intellectual need.” Occasionally Jefferson could even speak of some “evident proofs of the necessity of a superintending power to maintain the Universe in it’s [sic] course and order,” although he readily admitted that he had no empirical proof of the existence of such a power as opposed to the atheist hypothesis of a “self-existent” universe.

To come to my fourth point, how did Jefferson view the relation between religion and morality? For his own part, Jefferson claimed to have always judged even of “the religion of others by their lives.” By this “same test,” he hoped, the world would eventually judge his ultimate moral beliefs. Regarding this linkage between a morally assessable life and religion, let us turn to Jefferson’s 1814 letter to Thomas Law, where he phrased the issue in this form: “If we did a good act merely from the love of God, and a belief that it is pleasing to Him, whence arises the morality of the Atheist?” Such widely admired luminaries of the French Enlightenment as d’Alembert, Condorcet, Diderot, d’Holbach and Helvétius were “known to have been among the most virtuous men,” and their virtues hence “must have had some other foundation than the love of God.”

In addressing the moral motivations of atheists’ altruism, Jefferson thought, one would ultimately need to listen to “their own affirmations, and their own reasonings to support them.” This was the same lesson he had offered to Peter Carr years earlier; namely, that if you find it impossible to believe in God you may still “find incitements to virtue in the comfort & pleasantness you feel in its exercise, and the love of others which it will procure you.”

Hence, Jefferson’s moral outlook was exclusively secular, independent of his personal religious convictions. Those convictions, in turn, he thought needless to preach to anyone, because “my religion … is known to my god and myself alone.” This is why the moral principle demanded only respect for other people’s critical thinking—wherever that would lead them. In sum, by religious freedom Jefferson understood freedom of conscience, including any non-religious worldview as well.

That Jefferson believed in the freedom of conscience does not suffice to make it our value today, just as we do not share his openly racist eighteenth-century views of African Americans. Similarly, although Jefferson once thought that the state of Virginia could not have “power to prescribe torture in any case whatever,” Americans seem to be once again entering the abominable debate about the ethics of torturing one’s prisoners of war. While historians’ task is to provide as true an account of the past as possible, history alone cannot provide us with values. Our actual values are manifested in our everyday political life. One would certainly hope that America will finally agree with Jefferson’s understanding of religious freedom as something that definitely applies to any Christian, Muslim, Jew, Hindu, Gentile, and “infidel of every denomination.”

Ari Helo is a Senior University Lecturer in the History of Science and Ideas at the University of Oulu, Finland.