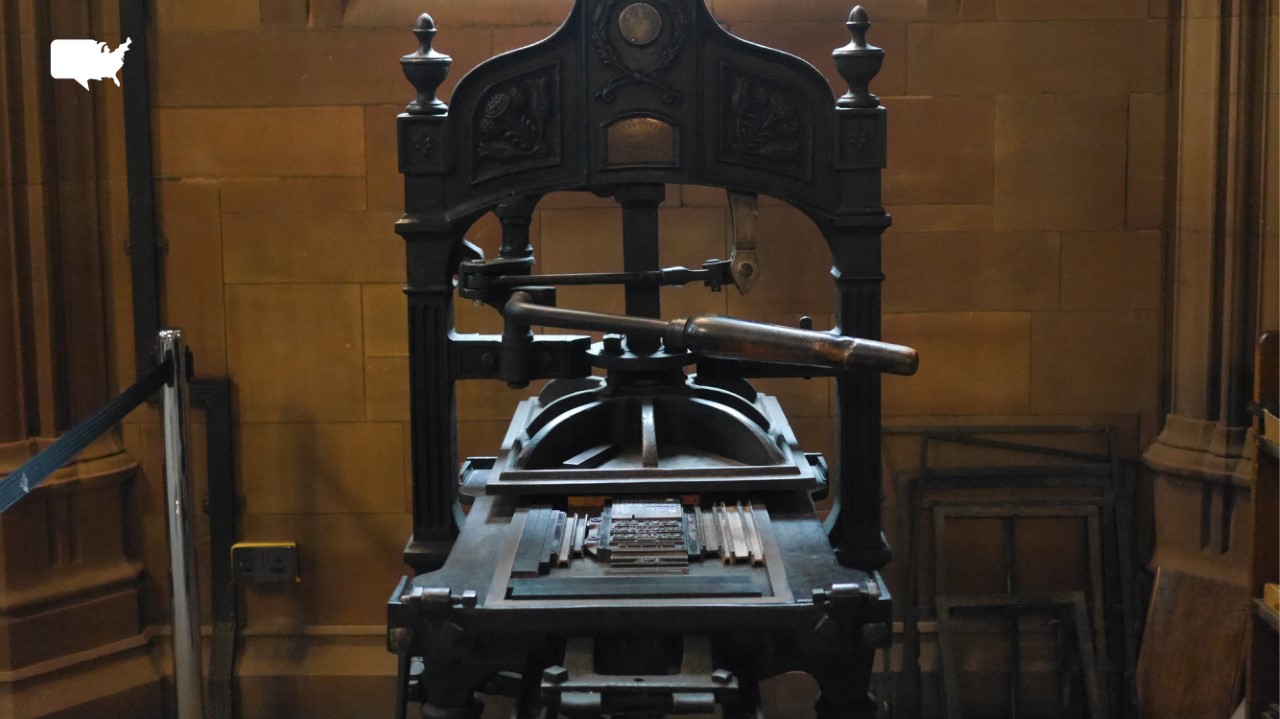 In the words of Marvin Meyers, “all roads lead to Federalist 10,” the essay in which Madison famously argues that the extended republic of the United States will control the effects of factions: By taking in a diversity of interests, opinions, and passions, it is less likely any one of them will be able to constitute a factious majority able to use political power contrary to the rights of citizens or to the good of the community.  Yet the careful reader will note throughout this essay a variety of qualifications: For instance, it is the Constitution’s “tendency to break and control the violence of faction” that Madison praises and explains in the essay.  Compared to small republics, large republics are “most favourable to the election of the proper guardians of the public weal.”  Factions are “less to be dreaded” in large republics, for diverse interests are “less apt to pervade” the union; the greater variety of parties and interests makes it “less probable” a factious majority will arise and, if so, “it will be more difficult” for such a majority to act.  The national representatives are “more likely to possess” enlightenment and virtue, and the diversity of a large republic affords “greater security” against any one part being a majority and poses “greater obstacles” to such a majority’s factious activity.

As a variety of scholars have shown, Madison believed that the new government ought to have the power to “negative” state laws that resulted from factious majorities—a power akin to that of the British king to veto acts of Parliament contrary to the good of the empire as a whole.  He never determined the precise manner in which this power would be exercised; even a narrower version, as presented in the Virginia Plan, met with little support at the Constitutional Convention.  Yet Madison’s dissatisfaction was evident in a letter sent to Thomas Jefferson after the Convention, almost half of which consists of what Madison himself calls an “immoderate digression” lamenting the absence of the negative from the final document.

To be sure, Madison thought the proposed Constitution superior to the existing Articles of Confederation and his efforts to secure ratification in the Virginia convention as well as through his contributions to the Federalist papers are reasonable on that grounds alone.  Yet I want to suggest that Madison’s other essays represent another side of his attempt to limit the influence of majority factions under the new Constitution.

In his Politics, Aristotle argues that the most valuable method of avoiding factional conflict and revolution is “education relative to the regime.”  This political education, however, is not what one might expect; for instance, it does not teach democratic citizens how to enjoy democracy but rather how to preserve democracy.  It teaches, moreover, democratic leaders what tendencies of democracy in fact destroy democracy so that they may be prevented.  Aristotle laments that few cities in his time make use of this.  Madison, however, seems to be engaging in such a political education in his Federalist essays.  In these essays, Madison sought not merely to defend the new Constitution but also to guide those who would, in the future, devise and revise other constitutions, in the hopes of developing institutions that would more effectively reconcile majority rule with the public good and protection of individual rights.

Although there is little evidence for a direct influence of Aristotle on Madison’s thought—his Politics was included on the list of books recommended to Congress in 1783—we do have some evidence that Madison recognized the importance of shaping the opinions of the American people in the way Aristotle recommends.  For instance, in Federalist 47, Madison consciously sought to place the Constitution above the power of popular majorities to amend, or abolish, with ease.  Contrary to what Thomas Jefferson suggested in Notes on the State of Virginia, Madison argued instead that governments depended not merely on the consent of the people at any given moment but also on “veneration” and “reverence.”  In other words, he advocated, as Jim Ceaser has shown, a modern notion of founding in which the Constitution was both created through republican processes and yet subsequently placed outside of those processes.  In the debate over the Bill of Rights, Madison ultimately advocated the amendments less out of a conviction that “paper barriers” would protect these rights than a belief that the proclamation of the rights would have a “a salutary effect against the abuse of power” by reminding people of their importance and calling forth respect for them.  Even in his later writings for the National Gazette, Madison insisted that it was public opinion that maintained the various institutions in governments—which is precisely why that opinion needed to be “enlightened.”

As Michael Zuckert has observed, nearly all of Madison’s contributions to the Federalist papers are on the topic of whether the Constitution conforms to republican principles—or, rather, as Hamilton wrote in the first Federalist, “to the true principles of republican government” (emphasis added).  Madison not only argues persuasively that the Constitution conforms to these principles but also explicates these principles in such a way that the essays serve the same purpose recommended by Aristotle: indicating and moderating the dangers to which “the form of popular government” gives rise.  These principles thus provide the basis for institutions that reflect Madison’s unwavering commitment to majority rule while still attempting to avoid the distinctive problems resulting from that rule, in particular, majority factions and legislative usurpation.

The first of Madison’s essays on the true principles of republican government reminds readers that it is not enough for a government to be republican.  To be sure, he insists that “liberty and . . . the republican form” warrant careful attention, yet so too do the requirements of government more generally: “requisite stability and energy.”  These purposes are central to all forms of government, whether monarchical or republican; any government based on “true” republican principles must take these purposes into account.  The Constitution, therefore, should not be judged simply on whether it reflects the “genius of republican liberty”—for instance, by having short terms and numerous representatives—but must also be considered in light of what is necessary for stable and energetic government.  In later essays, he argued that representatives require longer terms to acquire knowledge necessary for good legislation and even to develop effective public policy over time.

In Federalist 39, Madison makes his most explicit argument that the proposed Constitution is “strictly republican,” for no other kind of government, he writes, would be consistent with the “genius” of the people or the “principles of the Revolution.”  Yet here Madison takes advantage of historical and theoretical ambiguity about what republican government requires to offer his own definition.  He proposes that we may call a government republican if it “derives all its powers directly or indirectly from the great body of the people,” rather than a particular class thereof, and if its offices are held “for a limited period or during good behavior” (emphases added).  To be sure, Madison presents support for this position from the provisions of various state constitutions—though the “limited” terms of the federal Constitution are longer than all of the examples cited—but the scope opened by such a definition is broad enough to encompass something like the (indirectly) elected president for life proposed, however ironically, by Alexander Hamilton at the Constitutional Convention.  The requirement of stability, of course, warrants longer duration, but both the varying modes of selection and terms of office make possible a genuine separation of powers in a republican form of government.

Indeed, numerous critics of the Constitution charged that “this essential precaution in favor of liberty” has been ignored, Madison acknowledges in Federalist 47.  The obvious difficulty, Madison notes, is that these critics seem to misunderstand Montesquieu’s “celebrated maxim” in such a way that it would prevent the purpose of separating powers.  Perhaps more important, too many of these critics, and the state constitutions, have often allowed the legislative branch—precisely because it is the most republican—to exert more influence over the other branches than is, in fact, appropriate.  Too many of his contemporaries, Madison laments in Federalist 48, still apprehend the danger of tyranny that may arise from the executive and not from “legislative usurpations.”  True republican principles must reconcile republican government with a genuine separation of powers; therefore in Federalist 51, Madison insists on erecting defenses “commensurate to the dangers of attack,” which, perhaps counterintuitively, include fortifying the executive branch and weakening the legislative branch by dividing it into two houses.

This bicameral nature of the legislative branch offers us perhaps the best glimpse into both Madison’s commitment to republican principles and his modification of them.  Traditionally, republican governments were “mixed,” incorporating hereditary or oligarchic elements in order to prevent popular excesses.  In one of his earlier essays (Federalist 14), Madison praised the United States as being not only an extensive but also an unmixed republic, with all offices being derived, as we have seen, from the people.  That makes constructing a system that allows for a true separation of powers difficult, insofar as all offices are intended to represent the people.  This, in turn, increases the danger of a popular majority treating a minority unjustly—the very problem that gave rise to Federalist 10.

Madison therefore proposes, to the extent possible, that each branch should be constituted separately—and that the executive and judiciary, in particular, be independent of the legislature.  In effect, a proper separation of powers based on true republican principles relies upon having different, though often overlapping, bodies of electors for different offices: the people elect members of the House by district; senators (at the time) are chosen indirectly by state legislatures; and the president is determined by the electoral college.  Quite simply, as Federalist 63 makes clear, the necessary consequence of making all offices derive from the people is to exclude the people from acting collectively.  There is thus no single office in the United States that represents a single, simple majority; rather, the act of legislation requires the concurrence of different majorities, selected in different ways and holding offices for different periods, representing different constituencies.  (Madison opposed state equality in the Senate at the Convention and, in Federalist 62, derided it as a necessary compromise that could not be defended theoretically; it is not a “true” republican principle.)  If we recall Madison’s famous definition of faction as a group that is animated by “some impulse of passion, or of interest,” we can see how a system of representation that requires the agreement of overlapping majorities to elicit the “cool and deliberate sense” of the people would make it more difficult for majority factions to achieve their purposes without ever relying upon a minority—whether of heredity, wealth, or geography—to impede them.

Much in the same way that one of Aristotle’s purposes in the Politics is to develop and defend a moderated understanding of democracy that avoids the worst consequences of the Athenian assembly, Madison sought to moderate the dangers occasioned by republican government not merely through defending the Constitution but also by explicating the “true principles of republican government” on which it was based—principles that could guide reform of state constitutions as well as drafting of constitutions elsewhere.  A republic based on such principles would preserve the right of the majority to rule while better achieving the public good and more securely protecting individual rights.

Kevin M. Cherry is associate professor of political science at the University of Richmond, where he teaches courses in the history of political thought.  His book Plato, Aristotle, and the Purpose of Politics was published by Cambridge University Press (2012), and his articles have appeared in the American Journal of Political Science, History of Political Thought, Political Science Reviewer and Political Theory.  He is currently at work on a book about the way various political theorists have understood and sought to ameliorate the problem of faction.