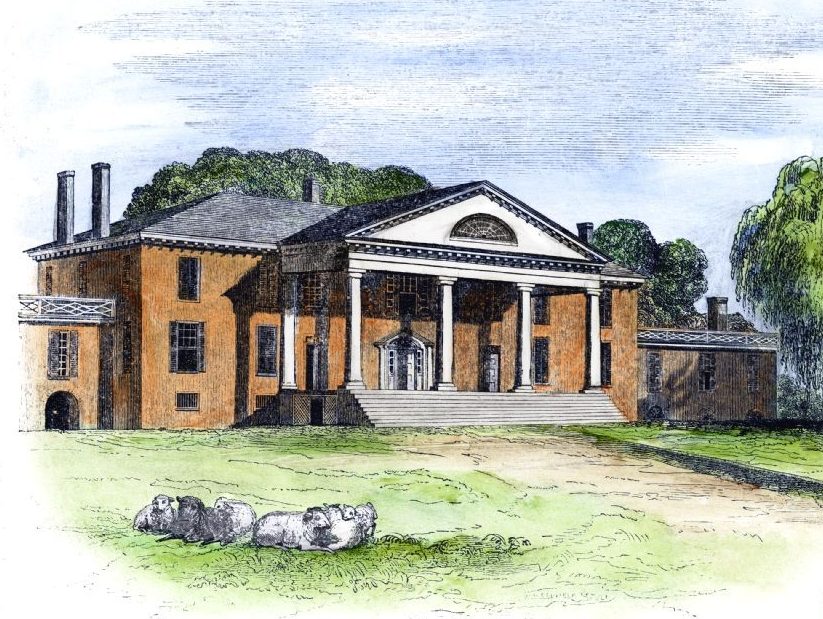 Hamilton’s “interpreting the Constitution expansively” amounted to “ignoring the Constitution at pleasure.” Hamilton implied that Madison had done something nefarious by ceasing to support having the general government charter a bank after the US Constitution was implemented, but Hamilton here mischaracterized the situation: it was Hamilton, not Madison, who in regard to the same constitutional dispensation took contrary positions. The advice Hamilton gave President George Washington in his 1791 Cabinet debate with Secretary of State Thomas Jefferson and Attorney General Edmund Randolph was essentially opposite the promises he had made as Publius when the Constitution was pending before the people of New York.

I didn’t mean to argue that Madison held Virginia’s understanding alone to be authoritative, only that he must have had that understanding in particular in mind in the First Congress.

I also did not mean to enter into the thorny thicket of discussion of Madison’s position on ultimate authority in the federal system. However, what Madison said about the nature of ratification in Federalist 39, what he said in the Virginia Resolutions of 1798, and even his ultimate position in his “Notes on Nullification” are all consistent with Article VII. As Madison said upon first reading John Marshall’s opinion in McCulloch v. Maryland, if the people had known the Constitution was going to be read that way, they never would have ratified it. In the House in 1790, Madison opposed the pending Bank Bill by referring to “the meaning of the parties to the instrument”—note, “parties,” plural, not one party. That “meaning,” he continued, “if to be collected by reasonable evidence, is a proper guide.” (Gutzman 2012, p. 257) Not only does that amount to an endorsement of originalism when the evidence is adequate, but the use of the plural means that the states—Article VII’s actors—created the Constitution. They are “the parties.”

Madison as president would aver that a constitutional provision’s meaning could be authoritatively settled through its liquidation—in that case, as Congress and presidents acted on/under it, even if in a way inconsistent with Madison’s initial understanding of it. This does not change the fact that he insisted on a certain way of reading it in the first instance.

Some disagreement historically has arisen in discussions of the sovereignty issue because Federalists generally used the term more loosely than did Jeffersonian Republicans. For Hamilton, for example, there were sovereign powers, bits of sovereignty, etc. The Jeffersonian position was that while a state might willingly repose power in a federal government, it still retained ultimate authority—not day-to-day authority over questions the decision of which had been delegated to the Federal Government, but ultimate authority. The language Madison used in the Virginia Resolutions rested on this conception. As John Taylor of Caroline explained to John Adams, that authority remained in the people. Which people? There is even in 2017 no constitutional mechanism for consulting a single American people: the Electoral College, the Senate, and the House are all state-based. Taylor insisted it was the people of each state that had that authority. As Taylor’s friend (and Madison’s foe) John Randolph of Roanoke put it, “Asking one of the states to surrender part of her sovereignty is like asking a lady to surrender part of her chastity.”

But I fear we’ve gone off the rails.

I am not sure whether Gutzman means that our constitutional republic has gone off the rails, or only our exchange here. The latter would be easier to remedy.

I want to outline what I believe to be some of our agreements and disagreements about Madison and the constitutional debates of his time.

1. We seem to agree that Madison’s opposition to Hamilton’s policies of the 1790s was principled, as well as politically well advised for a congressman from Virginia. For Gutzman it was Hamilton, not Madison, who broke promises and ignored the Constitution. I view Hamilton more sympathetically than Gutzman does, but that would be a different conversation.

2. I agree that Madison substantively modified his original-intentional constitutionalism when, as president, he accepted some federal powers as constitutionally settled (like chartering a bank) because multiple sessions of Congress and several presidents had exercised those powers over an extended period of time — even though Madison himself had argued against their constitutionality in 1791. Gutzman notes the shift without saying what he thinks of it. I suspect that Madison’s experience during the War of 1812 persuaded him that a federally chartered Bank might indeed be a “necessary and proper” means to several of the powers enumerated in Article I, Section 8. But that too would be a different conversation.

3. Gutzman and I appear to interpret Article VII of the Constitution differently. This bears on the question of whether there exists any “People of the United States” beyond the separate “peoples” of each individual state.

Article VII reads in full: “The Ratification of the Conventions of nine States, shall be sufficient for the Establishment of this Constitution between the States so ratifying the Same.” Because each state decided for itself whether or not to ratify the Constitution, the act of ratification (using Madison’s terminology from Federalist 39) was a “federal” rather than “national” act. Madison acknowledged that any state that chose not to ratify the Constitution would remain a fully sovereign entity not subject to its authority.

The more difficult question – one the constitutional text does not answer – is whether the act of ratification itself created a new kind of political community, a “People of the United States” that incorporated but was not reducible to the separate “peoples” of each state. Madison believed that it did. He clearly rejected John Randolph’s assumption of indivisible state sovereignty (which Gutzman cites). But neither did he embrace Hamilton’s unitary concept of nationhood. For Madison, the collective act of ratifying the Constitution created, among the ratifying parties, a partly-national, partly-federal political community that was fundamentally different in quality than a league of sovereign states linked by treaty. Madison admitted that it was hard to classify the American union because it defied the available labels. It was “a new Creation – a real nondescript,” as he put it in a March 1833 letter to William Cabell Rives.

Madison never viewed American nationhood in dichotomous terms – yes or no, all or nothing. Instead, as he made clear in his “Consolidation” essay of 1791, he saw nationhood as a shifting continuum, depending on the degree to which citizens from all parts of the Union can “sympathize with each other” and cooperate across geographical lines in “their defence of the public liberty.” Gutzman is correct that even today the American people, taken as a single body, do not elect any public officials. But for Madison that did not matter.

I believe that American nationhood in Madison’s sense remains very relevant to the United States in 2017. But I also believe it has become increasingly fragile, as our political hyperpolarization deepens. Could we still cooperate across geographical and ideological lines when necessary “in defence of the public liberty”? It is there that we will discern (or fail to discern) a “People of the United States.”

My point was that our discussion had gotten away from the original question: whether and in what way(s) Madison’s federalism changed in the 1790s.

I laid out in a previous response several (but not all) of the instances in which Madison relied on a federal, rather than national, reading of the US Constitution. The position Madison takes in the 1833 letter to which Read now calls our attention is in stark conflict with the public positions taken by Congressman/Delegate/Republican Party leader/President Madison in the earlier instances to which I referred.

One significant distinction between historians and political scientists is that historians are apt to seek context for particular statements, while political scientists are apt to look to, say, statements made in 1833 to clarify positions a prominent politician took in the 1790s. To my mind, Madison’s position in the Nullification days is glaringly inconsistent with his earlier views, which were in the main consistent.

Consider the Virginia Resolutions of 1798 as they came from Madison’s hand. Even if we follow Read’s insistence elsewhere that what matters about them is not what the sponsors said they meant when the General Assembly was debating them, but what Madison –their secret author—thought they meant, it is hard to reconcile the idea that the states were not the constituent parts of the federal union with the reference in their third paragraph to “the compact to which the states are [note: not ‘were’] parties.” Even if that did not seal the issue, what about the claim in the same paragraph that, “in case of a deliberate, palpable and dangerous exercise of other powers not granted by the said compact, the states who are parties thereto have the right, and are in duty bound, to interpose for arresting the progress of the evil, and for maintaining within their respective limits, the authorities, rights and liberties appertaining to them?”

Old Man Madison told William Cabell Rives in 1833 that the Federal Government’s construction of the Constitution was “authoritative,” by which he meant that a state could have no legitimate role in deciding whether it was implemented. Besides being far from the reading of the Virginia Resolutions adopted by their General Assembly sponsors in 1798, that reading is opposite the language I have just quoted.

I think that the text makes this clear. So, for example, Read says Madison thought that ratification had made Americans “one people.” He seems to mean by that not that Americans were one people in the sense that pre-1871 Germans were one people, but in the sense that denizens of a country with a unitary state are. If that was so, what does the phrase “within their respective limits” mean? If Americans were one people, one would think that the Americans living in mighty Virginia would have every right to intervene to stop tyrannical behavior within tiny Maryland next door, and yet the Virginia Resolutions take the contrary position.

I think that Read and I have ended by agreeing concerning the question with which we began. Madison did not act in bad faith, as Hamiltonians from Fisher Ames and Hamilton to the present have implied, in going from nationalist Confederation Congress member to federal member of the US House. Rather, he in good faith acted upon the pledges he and fellow Federalists of the ratification campaign had given to the American people, notably in Virginia.

Where we disagree is in relation to Madison as political scientist. I think, and have argued in detail elsewhere, that Madison in the Nullification days took a nationalist position inconsistent with his earlier thinking. Read, as a political scientist, endeavors mightily to reconcile the old Madison with the US Government official of decades before. We leave each other unpersuaded.

James H. Read is Professor of Political Science at the College of St. Benedict and St. John’s University in Minnesota. He is the author of Power versus Liberty: Madison, Hamilton, Wilson, and Jefferson (2000) and Majority Rule versus Consensus: The Political Thought of John C. Calhoun (2009). He is currently writing a book tentatively titled Sovereign of a Free People: Abraham Lincoln, Majority Rule, and Slavery.

Kevin R. C. Gutzman is Professor of History at Western Connecticut State University. He is the New York Times best-selling author of five books, including James Madison and the Making of America (2012) as well as the recently published Thomas Jefferson—Revolutionary: A Radical’s Struggle to Remake America.