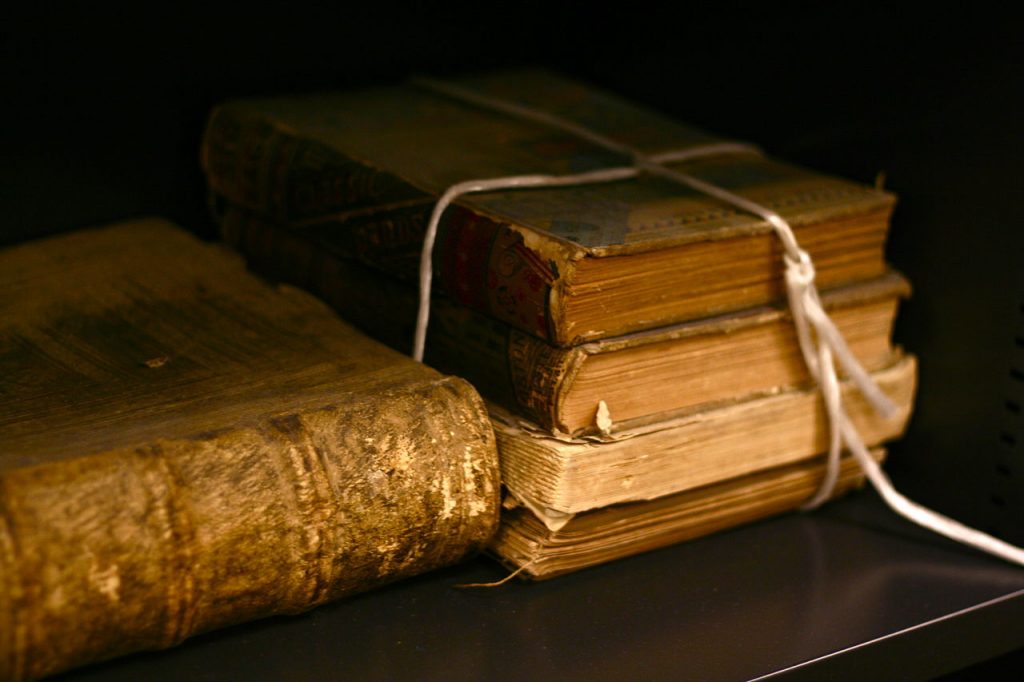 The case is hard for those challenging intellectual property. There is no coherent basis for a right to enjoy the creations of others without the compensation of or consent of their creator.

Or to put it another way:

“[A]ll men are by nature equally free and independent and have certain inherent rights, of which, when they enter into a state of society, they cannot, by any compact, deprive or divest their posterity; namely, the enjoyment of life and liberty, with the means of acquiring and possessing property, and pursuing and obtaining happiness and safety.” (Virginia Declaration of Rights)

These quotes—separated by nearly two centuries—show that throughout our history Americans have found a moral or natural right to property. But this line of thought is being questioned more every day by new generations. This is especially true with respect to intellectual property.

A fundamental shift in thinking started after Napster—which allowed people to freely share copyright-protected songs. Then came other ways to share content, like BitTorrent. In addition, many Millennials view socialism favorably, which has further weakened the understanding that property rights are moral rights.

This has led to serious questioning of the morality or rightness of property rights, especially intellectual-property rights. For example, there is a strain of libertarianism that is very opposed to intellectual property rights being natural rights. In part, these rights are viewed as less legitimate because they relate to the intangible. But does any of this accord with the understanding of these rights at the Founding and throughout history? And more importantly, is any of it right?

IN 1769, MILLAR V. TAYLOR HELD THAT AN AUTHOR’S COPYRIGHT WAS A COMMON-LAW RIGHT SPRINGING OUT OF THE AUTHOR’S NATURAL RIGHTS.

There are many examples of societies recognizing intellectual property rights. For example, Sybaris—an ancient Greek colony—granted chefs one-year monopolies for new recipes circa 500 B.C. Also, there were rules in Ancient Rome governing ownership of paintings and the tables they were painted on. In addition, Grecian and Roman culture provide examples of condemnation of literary piracy.

In 1421, the Republic of Florence passed legislation granting patents to inventors and authors. The Venetian Republic instituted an intellectual-property regime in 1474, with inventor rights, a right to infringement damages, and term limits. France adopted a form of printing privileges starting in 1498, and Germany implemented laws starting in 1511.

In 1624, Parliament passed a patent law that granted rights to inventors. Then in 1709, it passed similar legislation granting copyrights to authors during the reign of Queen Anne. Later, in 1769, the King’s Bench held—in Millar v. Taylor—that an author’s copyright was a common-law right springing out of the author’s natural rights:

“The whole then must finally resolve in this question, ‘whether it is agreeable to natural principles, moral justice and fitness, to allow him the copy, after publication, as well as before.’

The general consent of this kingdom, for ages, is on the affirmative side.”

In 1774, Millar was overruled to the extent it held that common-rights survived the Statute of Anne, but the common-law right was not denied by the majority of the House of Lords. Such was the state of things before the Founding.

The People of the United States directly addressed both copyright and patent rights in Article I, Section 8 of the Constitution: “To promote the Progress of Science and useful Arts, by securing for limited Times to Authors and Inventors the exclusive Right to their respective Writings and Discoveries.” In addition, trademarks were recognized at common law in the several states.

ALL PROPERTY RIGHTS ARISE OUT OF A HUMAN’S RIGHT TO LIFE AND LIBERTY.

The Founding generation would not have understood that these intellectual property rights exist only as positive law creations. They understood that all property—and its distribution—depended on intellectual effort and individual initiative. For example, in Federalist 10, Madison explains that

When addressing the patent and copyright power directly in Federalist 43, Madison acknowledges that inventors and writers had common-law rights: “The copyright of authors has been solemnly adjudged, in Great Britain, to be a right of common law. The right to useful inventions seems with equal reason to belong to the inventors.” And as Justice Aston explained in Millar, “The common law, now so called, is founded on the law of nature and reason.” Hence, the rights of inventors and writers recognized in common law are rooted in natural rights and morals.

Indeed, all property rights arise out of a human’s right to life and liberty. A human cannot live without property—and he or she is not free, if dependent on someone else for the necessities of life. Accumulation of property secures the ability to provide for future personal, family, and community needs. Thus, the right to own property is not limited to immediate needs, but includes accumulating property as well.

Thomas Reid explained in his “Essays on the Active Powers of Man” (1788) that the right to property arises from the right to life:

Reid further develops the consequences of this moral fact by exploring how one’s need for property creates the right to accumulate property by inventive means:

He therefore acts in perfect conformity to his nature . . . when he invents and fabricates utensils or machines . . . . These are the natural and innocent exertions of that understanding wherewith his Maker has endowed him. He has therefore a right to exercise them, and to enjoy the fruit of them. (emphasis added)

In other words, inventions are something peculiar to human nature that individuals use to secure their rights to life and liberty. They are used just like any other property to better secure life and liberty. And we see that Madison and Reid agree that the “the natural and innocent exertions of that understanding” or “diversity in the faculties of men” granted by God creates property rights.

But despite this being the case, some critics of intellectual-property rights insist that intellectual property is fundamentally different from other property because it relates to intangible goods. But is that a difference that counts?

Property is often referred to as a bundle of rights—e.g., to exclude, to possess, to use, and so forth. These rights are not tangible. What they define is your relationship with others with respect to a thing. To say I own my car is to say that I can keep you from using it. If the rights and relationships are themselves incorporeal or intangible—but are respected as real—why should the tangibility or corporeal nature of the thing matter?

A thing is not less real because it lacks tangibility. If that were the case, then trusts or the right of easement or restrictive covenants must be as unenforceable as a copyright. None of these things can be touched—all are incorporeal. The objection to intellectual property based on its intangibility collapses quickly when compared to other property rights—which are intangible too. Thus, the grounds for taking intellectual property must rest on some claim of justice—like any other taking.

IN A MOST UNIQUE WAY, INVENTIONS, CREATIVE WORKS, AND BRANDS SHARE EXPRESSIONS OF THE PERSONALITY OF THEIR CREATORS.

The Thirteenth Amendment made it clear that the efforts of others cannot belong to others without compensation. A human cannot be used as a tool for others. But this principle was understood before the Thirteenth Amendment. As Lincoln explained in his first debate with Douglas: “But in the right to eat the bread, without the leave of anybody else, which his own hand earns, he [African-Americans] is my equal, and the equal of Judge Douglas, and the equal of every living man.”

“Though the earth, and all inferior creatures, be common to all men, yet every man has a property in his own person: this no body has any right to but himself. The labour of his body, and the work of his hands, we may say, are properly his.”

Despite the strength of this reasoning and legal developments, many are skeptical of intellectual-property rights today. They think that they are free to take the fruit of another’s labor—without compensation. That skepticism arises in part because they confuse regulation for creation.

Because positive law has governed intellectual property for so long, many citizens have lost touch with its origin in human nature and effort. The extensive registration, application, and statutory schemes governing these rights hide the underlying basis of intellectual property rights in a thicket of laws. But that does not mean the underlying principles are not there.

Other forms of property are heavily regulated, but that does not diminish their moral basis. Car use is regulated by licensing, registration, and rules of the road. And zoning laws sometimes prevent a landowner from enjoying the most personally beneficial uses of property. Also, real property rights not recorded can sometimes be lost by later purchasers. But none of this regulation undermines the fundamental right to property. The same holds true for intellectual property.

Like any other type of property, it is the product of work and effort by a particular person. And in some ways, the right to intellectual property is even stronger—because before the writer or inventor created the work, it never existed. Those deprived of its use are no worse off than if the creator hid it from the public. By encouraging its disclosure in exchange for guaranteed protection, the community benefits from its creation. This is unlike land or other physical things that may be characterized as being part of the common ownership of humankind in a so-called state of nature.

In a most unique way, inventions, creative works, and brands share expressions of the personality of their creators. They are the fruit of intellectual efforts that cannot be credited to anyone else. Enjoying these fruits without compensation or consent reduces their creator into a mere instrumentality. It refuses to acknowledge the writer or inventor as a moral agent, who engaged his or her particular genius to produce unique goods.

The case is hard for those challenging intellectual property. There is no coherent basis for a right to enjoy the creations of others without the compensation of or consent of their creator. In the words of Pope Leo XIII in Rerum Novarum: “Is it just that the fruit of a man’s own sweat and labor should be possessed and enjoyed by any one else? As effects follow their cause, so is it just and right that the results of labor should belong to those who have bestowed their labor.”

Gunnar Gundersen is a Senior Fellow and member of the Fellowship Faculty at the James Wilson Institute on Natural Rights and the American Founding; he is also Partner at Gundersen & Gundersen LLP where he represents clients on various intellectual property matters, including before the U.S. Supreme Court.