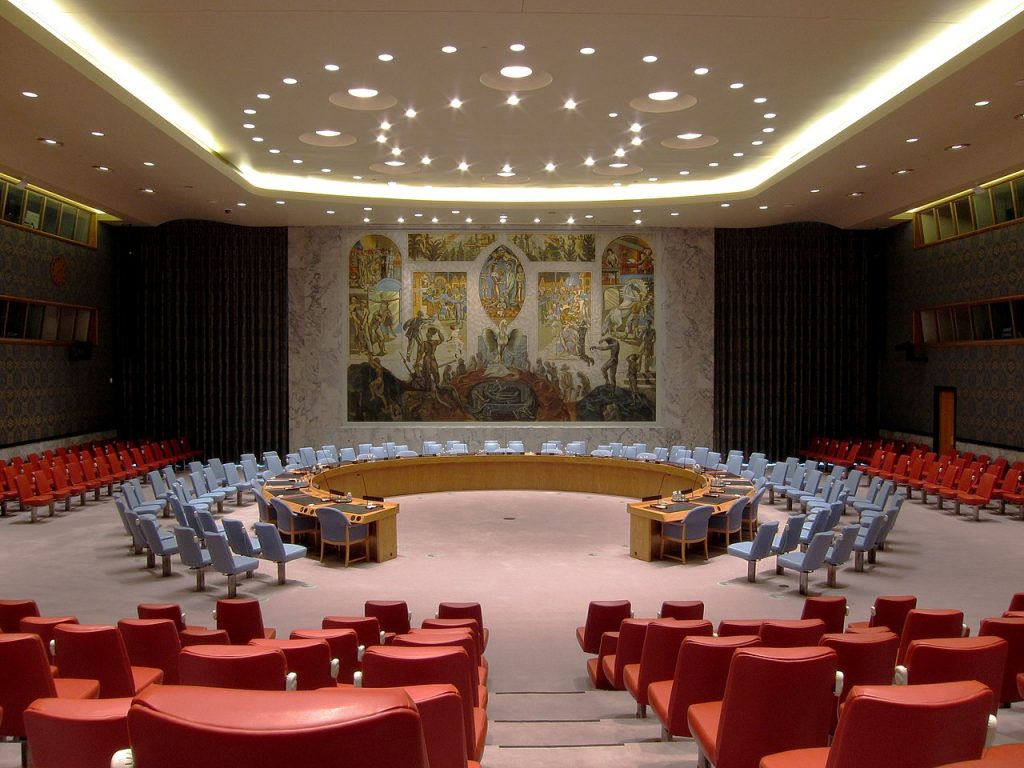 To be rendered coherent in an age of US hegemony, the logic of our constitutional order calls for a legislative federative institution, through which the perspectives of domestic and foreign audiences can be considered in dialogue, and which can shape the way US power is projected abroad.

The United States occupies a unique position of global power. Whether we call this country “hegemonic” – the idea that the United States is able to set global agendas, stabilize (or destabilize) the world economy, and initiate large programs, rules, and institutions – or simply acknowledge its vast impact, US decisions about the use of force are consequential, if not determinative, for the constitutive dimensions and outcomes of political struggle around the world.

This means that, though foreign audiences may not technically be constituents under the US Constitution, they are still under the outright control or strong influence of US power. This “extraterritoriality” is familiar in US history: the pre- (white) settlement frontier, the Colonial possessions after the Spanish American War (Puerto Rico, Guam, the Philippines); the American South in the early days of the Reconstruction; Iraq’s Green Zone; secret prisons operated in Europe by the Bush administration—all of these involve areas where daily life is structured around the presence of US force, but where the people experiencing that force have no explicit representational power under the Constitution. In terms of crafting US policy, their voices are as important as US policymakers want them to be. And while citizens of Eastern Europe, South Korea, and Japan are not living “extraterritoriality” in the same way, US choices to maintain NATO, or to guarantee demilitarized zones, profoundly affect their destinies.

BOTH EXTRATERRITORIALITY, AND THE RISE OF INTERNATIONAL LAW, CHALLENGE LOCKE’S REASONING.

This phenomenon is not new. In fact, John Locke named a distinctive power for managing such relations: the federative power, a power

“which one may call natural, because it is that which answers to the power every man naturally had before he entered into society. For though in a commonwealth the members of it are distinct persons, still, in reference to one another, and, as such, are governed by the laws of the society, yet, in reference to the rest of mankind, they make one body, which is, as every member of it before was, still in the state of Nature with the rest of mankind, so that the controversies that happen between any man of the society with those that are out of it are managed by the public, and an injury done to a member of their body engages the whole in the reparation of it. . .

This, therefore, contains the power of war and peace, leagues and alliances, and all the transactions with all persons and communities without the commonwealth, and may be called federative if any one pleases.”

While, for Locke, this is not “naturally” an executive power, he places it in the hands of the executive because

“it is much less capable to be directed by antecedent, standing, positive laws than the executive, and so must necessarily be left to the prudence and wisdom of those whose hands it is in, to be managed for the public good. . . what is to be done in reference to foreigners depending much upon their actions, and the variation of designs and interests, must be left in great part to the prudence of those who have this power committed to them, to be managed by the best of their skill for the advantage of the commonwealth.”

This reasoning is part of why foreign affairs have often been viewed as a domain which privileges executive power.

Both extraterritoriality, and the rise of international law, challenge this reasoning. Wars are no longer (if they ever were) simply the result of contingent collisions between nations. Rather, in a highly-structured global environment, many wars are foreseeable consequences and thought-out policies (consider the plans to invade Iraq simmering within the executive branch in the decade before Sept. 11). Alliances, leagues, and agreements governing the use of territory, institutions, and government power abroad are similarly embedded within a dense world of “antecedent, standing, positive laws.” After World War II, the US Congress magnificently rose to the moment and created an architecture of international alliance that, for all its flaws, has proven both useful and durable.

Today, the powers associated with extraterritoriality are more appropriately categorized as legislative ones.

Here is what Locke says about legislative power: “in well-ordered commonwealths, where the good of the whole is so considered as it ought, the legislative power is put into the hands of divers persons who, duly assembled, have by themselves, or jointly with others, a power to make laws, which when they have done, being separated again, they are themselves subject to the laws they have made; which is a new and near tie upon them to take care that they make them for the public good.”

IF THE CONSTITUTION DOES NOT FOLLOW THE FLAG, THEN WE WILL END BY DESTROYING OURSELVES.

This is the gem of the US constitutional tradition: a grand experiment to discover whether, in the words of Federalist No. 1, “societies of men are really capable or not of establishing good government from reflection and choice, or whether they are forever destined to depend for their political constitutions on accident and force.” As the scope of US power enlarges, the scope of this promise enlarges too.

I propose a moment of institutional creativity to respond to a challenge of our founding tradition. The consent tradition emphasizes respect for the perspectives of those who are impacted by force. It is centrally preoccupied with the idea that political force should be justifiable to those upon whom it is exercised. The rise of international law and the normalization of extraterritoriality create a challenge to translate the consent tradition into the terms of representation that our Constitution establishes. Under our Constitution, representatives must themselves be subject to the laws they make, and legislative assemblies must be structured to provide diverse perspectives on a common good.

Viewing foreign audiences as “apart” or “beyond” the Constitution is not only incompatible with the consent tradition, but also creates moral dangers at home. This is an old concern about imperialism: if the Constitution does not follow the flag, then we will end by destroying ourselves. President Nixon demonstrated the incoherence of a president who disregards constraints in his exercise of foreign power, and yet scrupulously adheres to constitutional forms domestically. In practice, the imperatives of these two forms of politics blur.

To be rendered coherent in an age of US hegemony, the logic of our constitutional order calls for a legislative federative institution, through which the perspectives of domestic and foreign audiences can be considered in dialogue, and which can shape the way US power is projected abroad. This institution should be one where those affected by the projection of US power have a voice; an institution where the domestic requirements of fulfilling international commitments are brought into focus; an institution that can consider policies like the use of drones, accountability in foreign prisons, appropriate roles for private security contractors in military zones, and other moral and political dilemmas arising from US power in the world. Whether the moment calls for a plural executive council, a separate legislative body integrated into Congress, or the addition of seats in Congress to represent foreign constituencies, profound institutional creativity is necessary to protect the Constitution’s most precious gem: a tradition of respect, reflection, and choice.

Mariah Zeisberg is Associate Professor of Political Science at the University of Michigan and the author of War Powers: The Politics of Constitutional Authority (Princeton University Press, 2013).