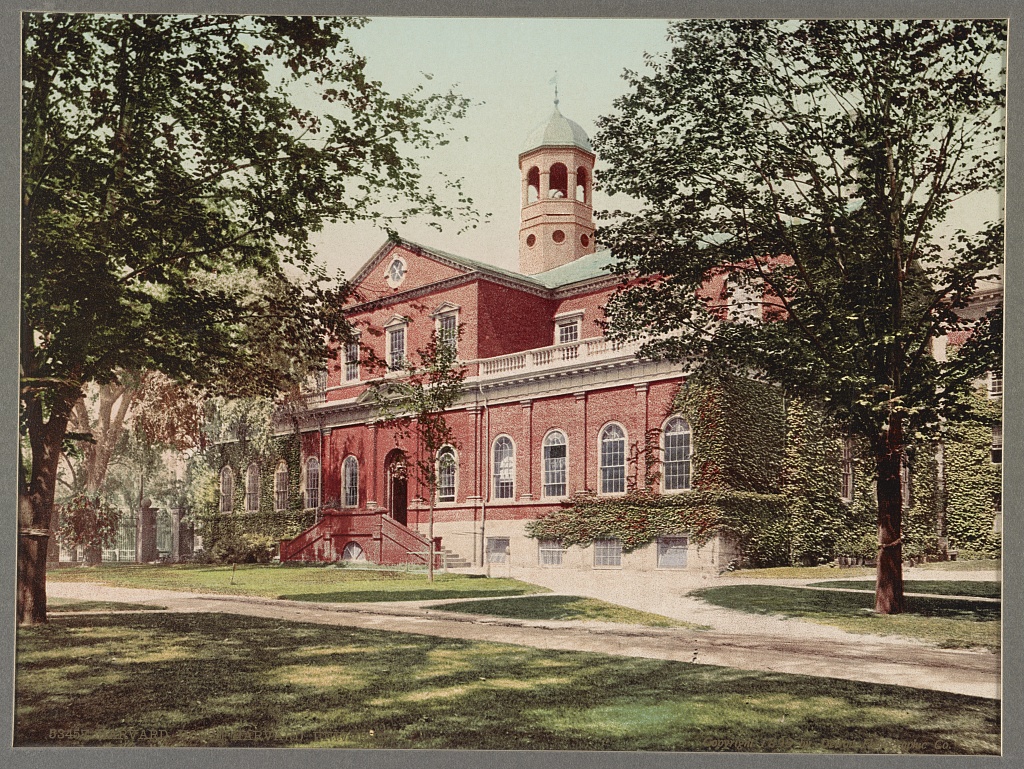 Scientists and physicians can figure out whether a new drug actually extends lives, and mathematicians can calculate the costs, but science alone cannot provide a considered judgment about who should have those benefits and at what price.

From the 1830s to the 1860s, a South Carolina slave named Dave was a potter and a poet. We only know that Dave was literate and that he was a poet because his poems have been preserved on the clay pots he made—huge jugs for farm and kitchen use. Dave’s creations can be seen today not only in the Smithsonian but also in a striking series of paintings by the award-winning artist Jonathan Green. Two of his main themes were religion and the usefulness of his jars. This one combines the two:

Good for lard or holding fresh meats
Blest we were, when Peter saw the folded sheets
3 May 1859
And, then, four score and three years after the founding:
The fourth of July is surely come
To blow the fife and beat the drum
4 July 1859

In those days, his poetry endured because of the commercial value of the pots; today, museums preserve the vessels because of the value of the poetry. Inscribed with rhymes about everything from the resurrection and independence to advertising slogans, these pots are just one of the visible signs of the sometimes unexpected connections between the humanities and the commercial world.

Recently, the emphasis has been on “unexpected,” with students, parents and policymakers all wondering what the humanities are good for. In fact, TIME magazine reported last year that “[m]ore than two dozen Japanese universities…will reduce or altogether eliminate their academic programs in the humanities and social sciences, following a dictum from Tokyo to focus on disciplines that ‘better meet society’s needs.’”

Later reports suggested that the outcome may not be that extreme, but it was entirely believable – perhaps even in keeping with the tenor of our technological times – that governments would find better uses for the taxpayers’ money than funding the humanities. Especially in tough times, people can be tempted to see non-technological subjects as luxury goods, easily abandoned in favor of more practical pursuits.

EACH YEAR ABOUT $50 BILLION GOES INTO LIFE SCIENCES RESEARCH, MUCH OF WHICH TAKES PLACE IN UNIVERSITY LABS. ONLY ABOUT A QUARTER OF ONE PERCENT OF THAT AMOUNT FUNDS THE NATIONAL ENDOWMENT FOR THE HUMANITIES.

We have been wrestling with this issue in American higher education ever since Benjamin Franklin first proposed to add “useful” subjects to his new academy in Philadelphia, where the students would be taught “every Thing that is useful, and every Thing that is ornamental.” But, Franklin urged, “Art is long, and [the students’] Time is short,” and they needed to be ready to “enter the World.” Franklin’s time was relatively short, as well, and the curriculum veered towards the traditional classics under his successor. Meanwhile, well before anyone coined the term “industrial revolution,” an 1828 Yale report declared, “From different quarters, we have heard the suggestion, that our colleges … are not adapted to the spirit … of the age; that they [must be] better accommodated to the business character of the nation.”

The same message can be seen today in the flow of our tax dollars. Each year about $50 billion goes into life sciences research, much of which takes place in university labs. Only about a quarter of one percent of that amount funds the National Endowment for the Humanities.

Why do we invest so much in life sciences research? In brief, it is the government’s way of doing well by doing good: Healthier citizens through new medicines, and wealthier communities thanks to the new R&D jobs. The potential health benefits, combined with the fact that economists have forecasted 200-fold cash returns on these investments, make it easy to see why society might decide to emphasize pharmacology over philosophy.

But we need to look more closely at the assumptions behind that economic analysis – because, believe it or not, philosophy may be more important to that rosy health and wealth equation than the economists realize. One of their key assumptions is that society will continue to pay premium prices for new medicines, a claim that inescapably turns us back to the humanities.

SHOULD BOTH TAXPAYERS AND THE UNEMPLOYED BE TREATED THE SAME? SHOULD SAVING LIVES TRUMP TREATING DEBILITATING BUT NON-FATAL CONDITIONS?

An organization called NICE, the UK’s National Institute for Health and Care Excellence, makes cost-effectiveness decisions that influence over 30% of the global pharmaceutical market. These analyses have a great deal to do with what medicines will be developed, and whether we will get any financial return on our $50 billion annual life sciences investment. Yet, these issues are not really quantitative ones, as NICE readily admits. Its decisions about how to allocate the limited amounts available to pay for new medicines “relate to society rather than science.”

Will every citizen be allocated an equal amount of the medical budget, or will the chronically ill get a bigger share? Should both taxpayers and the unemployed be treated the same? Are some diseases less worthy of expensive treatments than others? Should saving lives trump treating debilitating but non-fatal conditions? These questions—and many more of a similar nature—are not the focus of degree programs in medicine, statistics or pharmacology. They are, however, just the kinds of issues with which the humanities have traditionally wrestled, from literature and history to religion, philosophy and politics.

In a white paper on these “Social Value Judgements,” NICE says the hardest question – one they don’t know how to answer – is the issue of distributive justice. Not seeing societal consensus on any particular approach, NICE has chosen to pursue merely procedural justice. This uncertainty has left one local health authority – composed mostly of doctors, nurses and other healthcare professionals – specifically requesting “guidance from philosophical analysis.”

Scientists and physicians can figure out whether a new drug actually extends lives, and mathematicians can calculate the costs, but science alone cannot provide a considered judgment about who should have those benefits and at what price. In fact, the more high-tech and high-cost the futuristic medicines get, the harder these age-old questions become.

Some scholars are ready with an answer, but they don’t necessarily agree with each other. Since American humanities professors are overwhelmingly left of the political center, many see healthcare as a basic human right that should be equally available to all. A smaller number, but representing a large portion of the voting public, would leave healthcare beyond a safety net to market forces and individual choices. At this point, we could use more in a third group, one willing to acknowledge that we, as a society, have to make really hard practical decisions in the midst of probably irreconcilable policy differences. Those decisions, far more than any molecule or medicine, will determine the future of high-tech healthcare.

At the dawn of modern biotechnology research, nearly a hundred scientists convened in France to discuss their latest findings. During the conference’s grand banquet, several of its leaders would be inducted into the ancient local wine society. Before being tapped as honorary chevaliers, the inductees had to answer several questions, one of which was, essentially: if you were stranded on a desert island, and could only bring with you one of these things, which would be left behind—wine or philosophy? As might be expected, la philosophie was immediately jettisoned.

This ceremony would not be the last time that the humanities would be abandoned in the rush for more immediate gratification. But, each time we turn too far towards technology or the “business character of the nation,” we find ourselves asking, along with the health authority facing life and death decisions with limited resources, “Is there a doctor of philosophy in the house?

Donald L. Drakeman is Distinguished Research Professor, Program on Constitutional Studies, University of Notre Dame; Fellow in Health Management, Judge Business School, University of Cambridge; and Venture Partner, Advent Life Sciences. Portions of this article were excerpted from his book, Why We Need the Humanities: Life Science, Law, and the Common Good.