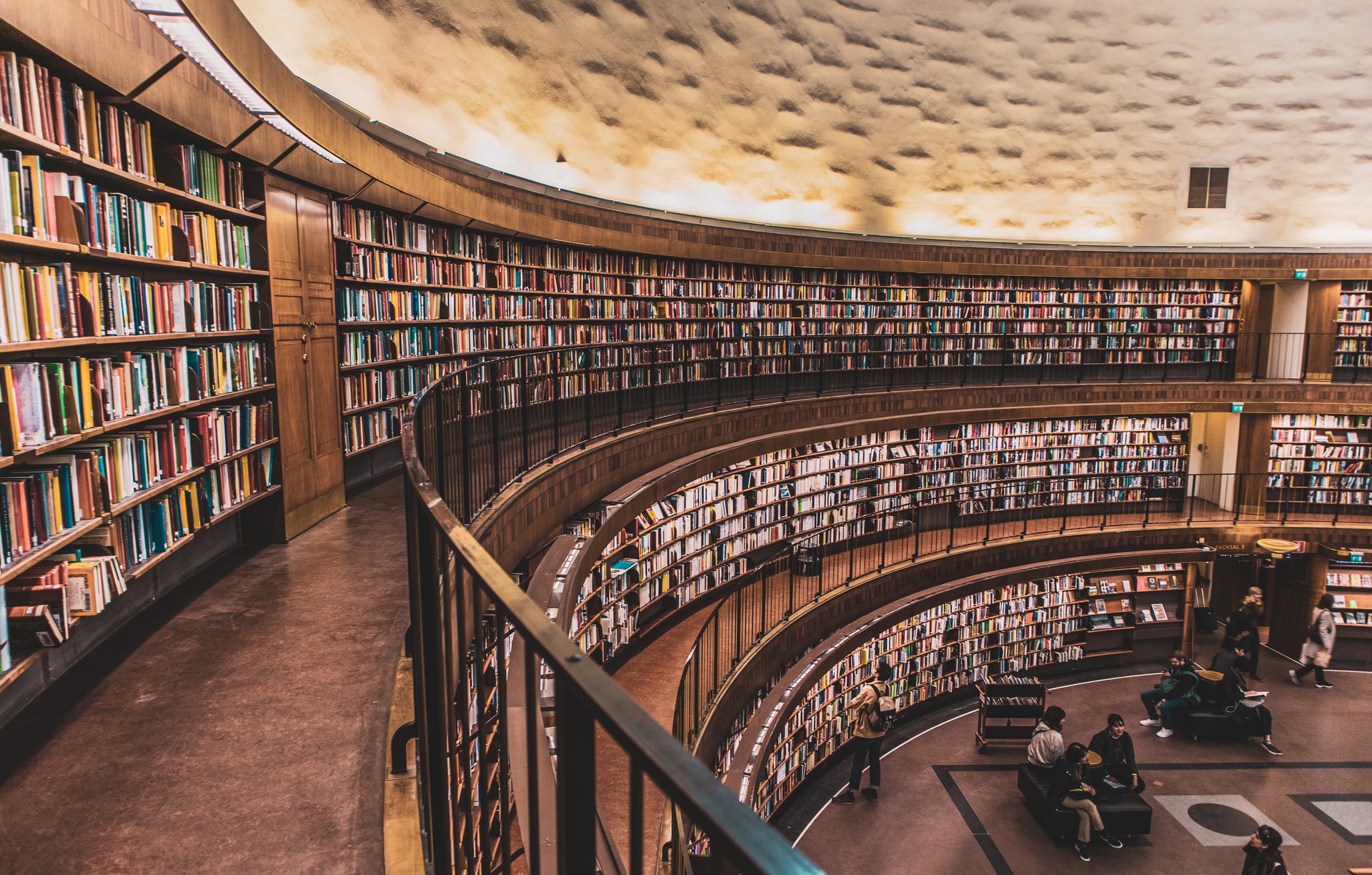 Recognizing, and acting, on the reality of student life as it is currently lived means imagining a world without books—broadly construed—as a means toward preventing their disappearance.

“I cannot live without books,” Thomas Jefferson famously wrote John Adams in 1815. Jefferson did not believe the American republic could survive without books—or without people to read them, which is why he founded the University of Virginia. But even in his own day, books were not the only form of print media available to Jefferson. Eighteen years earlier he told fellow Virginian Edward Carrington that “were it left to me to decide whether we should have a government without newspapers, or newspapers without a government, I should not hesitate a moment to prefer the latter,” adding that “every man should receive those papers & be capable of reading them.” Jefferson’s concerns for the primacy of reading in American society stretched back to 17th century New England colonists who taxed themselves for public schools—which included public education for girls—and forward to the 21st century, where getting students to read is an obsessive concern among education reformers of all stripes.

It is in this context that I ask you, in my capacity of a high school history teacher, to imagine the study of history without reading. No primary source documents to ground a discussion. No monographic studies to situate a discourse. Not even a textbook for background information. How much of a sense of the past could you possibly have?

This is not a rhetorical question. Nor is it solely an invitation to consider the ongoing deprivations and inequities that riddle our educational system. Actually, the situation I’m describing is probably the de facto reality for the majority of students enrolled in history courses—among others—in secondary and higher education. Every day, of course, teachers are assigning reading, historians are writing books, and sales reps are writing promotional copy or buttonholing faculty members. Parents and taxpayers are writing checks to pay for miles of aisles in libraries. Instructors walk to the front of rooms, large and small, assuming that their charges have come to class “prepared,” i.e., having done the reading that’s been assigned to them—sometimes online, but usually in hard copy of some kind. Some may actually have done that reading. And some may actually do it, after a fashion, before the next paper or exam (even though, as often as not, they will attempt to get by without having done so fully or at all). But the majority? On any given day?

No. Science and math students might cling to a textbook for dear life in trying to make sense of a new topic during or after class. But few of us who have been in the history business for any length of time deceive ourselves that reading is seen as an indispensable prerequisite for bluffing one’s way through a class or even a course, insofar as we think about it. Usually we don’t, because, well, it wouldn’t make much such sense. We have jobs to do.

And what is that job? For many of us, it’s to teach students to think like historians. We want them to see the relevance of history in their own lives, even as we want them to understand and respect the pastness of the past. We want them to evaluate sources in terms of the information they reveal, the credibility they have or lack, or the questions they prompt. We want them to become independent-minded people capable of striking out on their own. In essence, we want for them what all teachers want: citizens who know how to read, write, and think. This has long been the civic premise of our society.

THE PROBLEM IS NOT ONE OF INFORMATION OR A MEANS OF DELIVERY. IT’S SOMETHING THAT’S BEEN MISSING FROM TOO MUCH HISTORY FOR TOO LONG: IMAGINATION.

But we don’t think hard enough about what it actually means for a young person to read in the 21st century. We act as if simply assigning a chapter will result in a student reading it. Assuming that student does, we have little sense of how long that might take. Nor do we typically consider how increasingly distant the experience of reading cold type in any form is from the rivers of hot type a student may consume online in formats that include instant messaging, websites, blogs, or social networks. Or the kinds of visual literacy that are in many ways replacing the literacy of traditional reading.

Again: we know this is going on. But many of us go about our work as if we don’t—or we define our work in terms of resisting or overcoming the world in which our students live. What would it mean to think like our students, to enter into their world in order to help them look beyond it? What would it mean to teach a course that presumed ignorance or indifference rather than preparation and engagement? Insofar as this question ever gets seriously addressed—actually it’s a subject of obsessive interest to educational publishers, who are often much better informed and thoughtful about the students who (don’t) read their wares than the faculty who adopt them—the answer is typically cast in terms of technology. Websites, video, audio. Individualized test simulations. Ever improving graphical user interfaces, real and virtual. Ironically, this is an approach as likely to scare off technophobic traditionalists glad for any excuse to stick with what seems to work and what’s easy (not necessarily in that order). But as the publishers, administrators, and at least some teachers know, ducking heads in the sand is becoming too expensive an option. In an age of shrinking budgets and production cost-cutting, the imperative for cheap, fast information delivery becomes ever more pressing.

But technology is a partial answer at best. A PowerPoint presentation can be every bit as vacuous and boring as a teacher standing in front of a room and talking at people for 50 minutes. The problem is not one of information or a means of delivery. It’s something that’s been missing from too much history for too long: imagination.

In part, that means a history not of telling, but of showing, in the broadest sense of that term. It might involve visual media (what is Martin Scorsese actually doing with that camera that pivots from immigrants disembarking to coffins being hoisted onto ships in Gangs of New York?). It might also mean embodying voices from the past the way the brilliant interlocutors at Colonial Williamsburg bring Mr. Jefferson or Patrick Henry to life. Or, better yet, it might mean a process of improvised simulation in which a teacher tells someone that she’s a nineteenth century broker who insures slaves and then asking her about how good an idea a new fugitive slave law might be. Or a Tammany Hall pol confronted with the possibility of Civil Service exams. Or an African American deciding whether to testify in favor of Emmett Till.

RATHER THAN EXPECTING STUDENTS TO COME TO CLASS PREPARED, THE GOAL OF A HISTORY CLASS WOULD BE TO PREPARE STUDENTS FOR THE CHALLENGE AND JOY OF READING.

Let’s be clear: none of these are terribly remarkable teaching techniques. Gambits like them are deployed every day. But insofar as they are, they’re not typically seen as the core of what a history course could be about on a daily basis. For one thing, there’s too much “material” to “cover” (as if history must—can—be taught sequentially, or as if what’s covered in a lecture or a night’s reading is likely to be remembered beyond those eight magic words a student always longs to be told: “what we need to know for the test”).

For another, few teachers are trained and/or given time to develop curriculum beyond a specific departmental, school, or government mandate. The idea that educators would break with a core model of information delivery that dates back beyond the time of Horace Mann, and that the stuff of history would consist of improvisation, group work, and telling stories with sounds or pictures seems fanciful (or, as far as some traditionalists may be concerned, nightmarish). College teachers in particular may well think of such an approach as beneath them: they’re scholars, not performers.

And, of course, we are in the realm of fantasy. But—and this is one of two key points to be made here—what may be the greater fantasy is believing that we can simply march further into the 21st century doing what we’ve always done. Whether or not that’s possible from an economic standpoint—does it make sense to pay someone to talk, live, in front of a room, if that’s all he’s doing?—it’s not from an intellectual one. Already, so much of history education, from middle school through college, is a matter of going through the motions. On the whole, in fact, elementary school educators have a better grasp of the emotional, interdisciplinary, and collaborative dimensions of teaching. Instead of constantly looking “up” to what the next step in the chain will be, perhaps we should be looking “down” to how learning is done at the grass roots.

But the other point here is that a new model of history teaching could also make possible a new rationale, and new possibilities, for student reading. To suddenly have to decide whether to stick out your neck for Emmett Till, it would sure help to know what’s really involved in doing so. There would be reason to be informed. There would be a point in gathering information other than regurgitation for a standardized assessment. The odds are, however, that the way you’d go about this is not necessarily the way your mother or grandfather did. You’d do it online, and if you had good resources—like a high-quality subscription database provided by an educational publisher—you’d know where to look and be inclined to go there. Rather than expecting students to come to class prepared, the goal of a history class would be to prepare students for the challenge and joy of reading.

Can you be a student of history without reading? Yes, because it happens every day. Can you be a serious student of history, can you do history at the varsity level, without it? Probably not. But you can’t get from one to the other without recognizing, and acting, on the reality of student life as it is currently lived. That means imagining a world without books—broadly construed—as a means toward preventing their disappearance.

Jim Cullen is a history teacher at the Ethical Culture Fieldston School in New York. His most recent book is Democratic Empire: The United States Since 1945 (Wiley-Blackwell, 2017). An earlier version of this article appeared on History News Network.