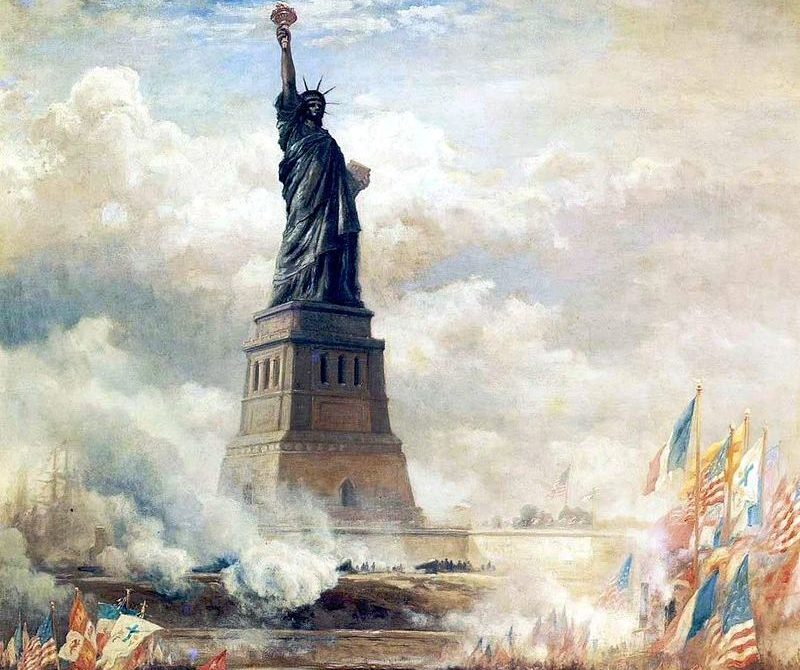 Bringing Aristocracy in America into dialogue with Tocqueville’s Democracy in America can help historians to better understand the nature of the conflict between “aristocracy” and “democracy”—an issue that may be more relevant even in our own time than many had thought.

When Alexis de Tocqueville published the first volume of his Democracy in America in 1835 it met with instant success. Many reviewers, such as the editors of the North American Review, praised the book as the most sophisticated analysis of American society and its political system to date. Tocqueville’s work also inspired several authors to either respond directly to Democracy in America or to offer their own views on American democracy. Among the most famous of these responses is James Fenimore Cooper’s The American Democrat (1838).

Much less well known nowadays is Francis J. Grund’s engagement with Tocqueville’s work, even though at the time he was one of the most prolific contributors to the debate on the nature of American society. Grund, who had been born in 1805 in the Austrian Empire but had become an American citizen sometime in the early 1830s, published his two-volume The Americans, in their Moral, Social, and Political Relations in both London and Boston in 1837. Providing a sweeping overview of the entirety of American society and politics in a manner similar to Tocqueville—albeit without the philosophical rigor and coherence of Tocqueville’s work—from a point of view more sympathetic to the American democratic experiment, this work gained Grund some popularity as a writer, and received generally very positive reviews in both America and Europe. The London Metropolitan Conservative Journal, for example, praised The Americans as “one of the best books that has yet been written on America,” and the Spectator even contended that “he [Grund] gives the most complete and extended view of American character we have ever met with in a single work.”

In several passages in The Americans, Grund quoted Tocqueville directly and assessed the latter’s work quite positively. In both the first and last chapter of this work, though, Grund also made clear that Tocqueville (as well as other, especially English, commentators on American society such as Basil Hall, Thomas Hamilton, Harriet Martineau, and Frances Trollope) had misunderstood the problem of “aristocracy” in America.

THE “TENDENCY TOWARDS ARISTOCRACY” IN CERTAIN SEGMENTS OF THE AMERICAN POPULATION, GRUND WROTE, HAD ONLY BEEN “GENERALLY AND SUPERFICIALLY DWELT UPON, EVEN BY THE BEST WRITERS.”

Grund regarded this specific issue as so important that in 1839 he published a second book on American society which, in a clear allusion to Tocqueville’s work, he entitled Aristocracy in America. This book presents a scathing satire on the aristocratic pretensions of upper-class Americans written from the perspective of a fictional German aristocratic traveler. In this way, Grund offered a critique of the abovementioned English travelers and their accounts of America, while arguing that the often ludicrous character traits of Americans described by Trollope, Martineau etc. were confined to the American pseudo-aristocracy. However, Grund’s approach also had the unfortunate effect that historians—despite its title—have interpreted Aristocracy in America only in the context of other European travel narratives, or have even taken it at face value as an actual travel account, instead of analyzing it as a deeply political work and bringing it into dialogue with Tocqueville’s Democracy in America.

Without mentioning Tocqueville by name, Grund got right to the point in his introduction to Aristocracy in America: the “tendency towards Aristocracy” in certain segments of the American population, he wrote, had only been “generally and superficially dwelt upon, even by the best writers.” To modern scholars this harsh indictment seems hardly fair as Tocqueville’s analysis of “aristocracy” in Democracy in America is actually rather sophisticated. Generally speaking, Tocqueville thought the threat of “aristocracy” in America to be marginal at best. To be sure, he realized that before the American Revolution “the great landowners south of the Hudson constituted a superior class” that possessed “ideas and tastes of its own,” had managed to concentrate “political activity within its own ranks,” and thus represented “a sort of aristocracy.” Yet Tocqueville had no doubt that the Southern aristocracy was doomed due to the abolition of primogeniture and entail in the wake of the American Revolution. The abolition of entail in particular meant that even the accumulation of great wealth in the hands of a few would not lead to the emergence of a new aristocracy in America.

Because of his traditional (European) conception of “aristocracy” as a hereditary, landed privileged class, Tocqueville also remained relatively unconcerned regarding the potential political and social effects of the industrialization of the American economy, whose early development he witnessed during his stay in the United States in 1831-32. Although warning that if “aristocracy [were] ever to appear in the world anew,” it would be as a “manufacturing aristocracy,” in Tocqueville’s opinion mere wealth and the social status it may confer were insufficient markers of a real “aristocracy” and did not automatically translate into political power and aristocratic privileges. Ultimately, he averred, “aristocracy is rooted in the soil,” and once this connection between land and hereditary status had been broken, a nation, although possibly still engendering “both vast wealth and grinding poverty,” may only count “rich or poor among its people,” but “not aristocrats in the true sense of the word.”

As Grund made clear in Aristocracy in America, he did not disagree with Tocqueville’s conclusion that civic and political equality made a traditional nobility nearly impossible in America. Yet he believed that Tocqueville had missed the point. To realize the real dangers and problems that “aristocracy” still posed in the early nineteenth-century United States one had to turn away from the political and economic sphere and pay close attention to the social sphere instead. Doing so would reveal that although the United States did not have—and was in no real danger of acquiring—an actual titled nobility with legal privileges, there nevertheless existed an American social aristocracy that caused “society in America” to be “characterized by a spirit of exclusiveness and persecution unknown in any other country.”

GRUND FEARED THAT THE ARISTOCRATIC PRETENSIONS OF THE ELITE COUPLED WITH THEIR VERY REAL INFLUENCE WOULD RIP THE NATION APART.

Grund thought that American “aristocrats” had more power and influence over American society and politics than Tocqueville realized. They exerted an indirect political influence by dominating the social circles in which politicians at both the national and state level moved. They exerted a more direct influence by manipulating politicians and directing public opinion through their dominance of the press. Finally, Grund maintained, they were also quite successful in setting the tone regarding fashion, literature, and taste for American society in general.

Because of these means of influencing American society, the American “aristocracy” also was more dangerous than Tocqueville allowed. Grund was convinced that among “the higher classes of Americans […] the predilections for monarchical and aristocratic institutions” were “at this moment as strong as at the time of Thomas Jefferson.” The Whigs of the 1830s had not changed their basic beliefs about the ideal (hierarchical) nature of society in the least since the Jeffersonian era. As in the 1790s, Grund contended, so in the 1830s the insistence of a part of the American elite on constituting a “better sort” and their concomitant rejection of social equality resulted in a sharp division of society into two camps with irreconcilable social visions. “The great evil of our society,” he ascertained, “consists in its being constantly acted upon by two entirely heterogeneous principles—the democratic institutions of the country impelling our people one way, while the aristocratic aspirings [sic] of the upper classes” pushed the country in the opposite direction. In the end, Grund feared that the aristocratic pretensions of the elite coupled with their very real influence would rip the nation apart, and hence could actually cause a situation of “democratic misrule” that Tocqueville had named as a precondition for a potential (however unlikely in Tocqueville’s opinion) end of democracy in America.

In sum, in regard to the issue of an American “aristocracy” in general, Grund’s Aristocracy in America goes beyond Tocqueville’s—and other writers’—accounts in two ways. First, his treatment of the role of the elite in Jacksonian America is more detailed and more nuanced than that of European observers. Second, his sensitivity regarding the character of America’s social “aristocracy” distinguishes him not only from Tocqueville and other Europeans but also from American writers such as Cooper who supported the elite’s social aspirations and for whom its predominance constituted an essential part of American democracy.

With respect to originality of thesis and philosophical rigor, Tocqueville’s work may be superior. Yet Grund’s satirical examination of the pretensions of the American social elite presented through the eyes of a fictional foreign observer illuminates better the central importance of the question of “equality of status” at the heart of the social conflict in Jacksonian America. Bringing Aristocracy in America into dialogue with Tocqueville’s Democracy in America can thus help historians to better understand the nature of the conflict between “aristocracy” and “democracy” during that time—an issue that, if the recent presidential election is any indicator, may still be more relevant even in our own time than many had thought.

Armin Mattes is Kinder Research Fellow at the Kinder Institute on Constitutional Democracy at the University of Missouri.