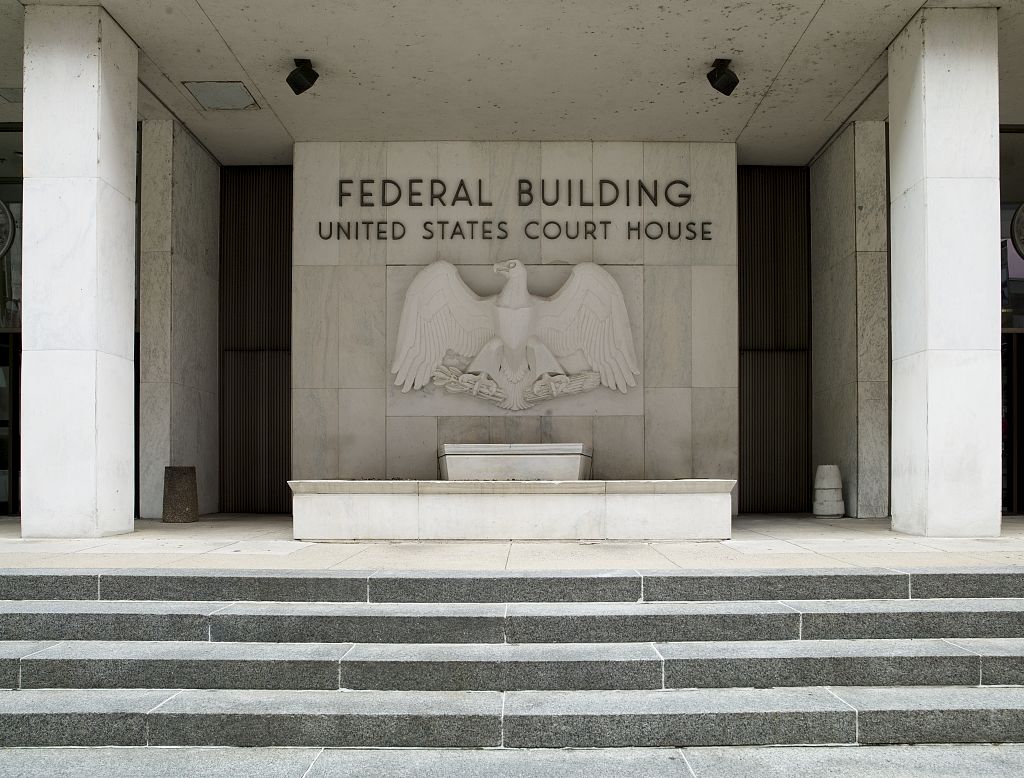 In the United States Constitution, the Founding Fathers safeguarded the rights of the accused by limiting the power of the state. The Terry Williams case illustrates all too clearly what happens when prosecutors disregard Constitutional rules and principles.

Unfairness in the criminal justice system is a major concern of our time. In the United States Constitution, the Founding Fathers safeguarded the rights of the accused by limiting the power of the state. The case that follows illustrates all too clearly what happens when prosecutors disregard Constitutional rules and principles.

On June 9, 2016, the U.S. Supreme Court decided an important case of judicial bias. Justice Anthony Kennedy wrote for a narrowly divided Court that a state judge may not rule on a case in which he previously played a significant and personal role. The Court’s decision laid bare another layer of injustice affecting a Pennsylvania murder case first tried in 1986. Terry Williams, an eighteen-year-old African-American who grew up on the mean streets of north Philadelphia, was convicted of murdering fifty-six-year-old Amos Norwood. During the penalty phase of the trial, the prosecutor, Andrea Foulkes, argued that Williams “truly deserved” a death sentence. The jury readily agreed. But Foulkes and her boss, District Attorney Ron Castille, had not played by the rules.

Twenty-six years later, the Philadelphia Court of Common Pleas found that Foulkes had suppressed exculpatory evidence that Norwood had sexually abused Williams, a violation of a constitutional rule requiring prosecutors to disclose evidence favorable to the defense. Judge Teresa Sarmina allowed Williams’s conviction to stand, but stayed his impending execution and ordered a new sentencing hearing. Then the Philadelphia District Attorney immediately appealed Sarmina’s decision, asking the Pennsylvania Supreme Court, whose Chief Justice was former district attorney Ron Castille, to vacate the stay. Williams requested Castille to recuse himself, because he had participated in Williams’s prosecution. Castille rejected the motion and then joined the Supreme Court’s opinion that vacated the lower court’s stay of execution and reinstated Williams’s death sentence.

JUDGES ROUTINELY TURN A BLIND EYE TO PROSECUTORS’ MISCONDUCT DESPITE RECOGNIZING THE PROBLEM’S EXTENT AND SEVERITY.

Despite the fact that the U.S. Supreme Court had justified the death penalty in 1976 on the promise that proceedings would be subject to heightened scrutiny and meticulous compliance with the law, the unjust maneuvers used by prosecutors to execute Williams were far from uncommon. In a 2011 dissent, Justice Ruth Bader Ginsburg wrote that “long concealed prosecutorial transgressions” were “neither isolated nor atypical.” U.S. Circuit Judge Alex Kozinski said the problem had “epidemic proportions.”

Judges routinely turn a blind eye to prosecutors’ misconduct despite recognizing the problem’s extent and severity. A 2013 report from the Center for Prosecutorial Integrity identified 3, 625 cases of prosecutorial misconduct between 1963 and 2013. Of those, only 63 prosecutors – less than 2% — were ever officially sanctioned for misconduct.

Between 2004 and 2008 Pennsylvania appellate courts raised allegations of prosecutorial misconduct in 18 capital cases, but not one prosecutor was publicly sanctioned. Over the same period, the Pennsylvania Supreme Court voted 99% of the time to uphold death sentences and overturned twelve of thirteen lower court rulings granting death-row prisoners new trials. In cases where the defense discovered that a prosecutor withheld exculpatory evidence, Pennsylvania courts sided with the government more than ninety-six percent of the time.

As a child, Williams was a victim of pervasive and unrelenting domestic violence and sexual assault, a combination that produced severe psychiatric and psychological symptoms. His mother and stepfather routinely inflicted extreme physical and psychological violence on Terry, slapping and punching him until he collapsed, then threatened to kill him if he didn’t stand up and take more punishment. His mother also repeatedly told him she didn’t love him and referred to his father in gay slurs. Estranged from his family and confused about his own sexuality, Terry became a target for older gay men. A middle school teacher showered Williams with faux kindness in exchange for sexual favors. Amos Norwood used money and gifts to establish an exploitive sexual relationship that lasted – with one interruption – for more than four years. Herbert Hamilton, a fifty-year-old Philadelphia shop owner, drug dealer and sexual predator, briefly wooed Williams away from Norwood. Williams was the powerless victim in each of these sordid, abusive relationships.

In 1984, when Terry was seventeen, he murdered Hamilton, beating him with a baseball bat and stabbing him repeatedly. Before he fled, Williams scribbled, “I love you” with toothpaste on Hamilton’s bathroom mirror. Police found Hamilton’s body surrounded by photographs of teenage boys performing sex acts. Six months later, Norwood asked Terry to meet him at a parking lot late one summer evening. There, Norwood pushed Terry up against a car and sexually assaulted him. Terry begged him to stop. The next day, Williams and a friend, Marc Draper, beat Norwood to death in a cemetery. Police later arrested Draper, and his confession incriminated Williams.

In 1986 Williams faced two separate trials, the first for Hamilton’s death and the second for Norwood’s murder. Foulkes sought a first-degree murder conviction for Williams’ killing of Hamilton. The jury was shown photos of Hamilton’s multiple stab wounds and Williams’s bloody palm print on the bat used to bludgeon Hamilton to death. But evidence that Hamilton was a sexual predator who preyed on Williams and other teenage boys led the jury to a verdict of guilty of murder in the third-degree (voluntary manslaughter). Foulkes expressed her “disappointment.”

Prior to the Norwood trial, Foulkes prepared a memorandum to District Attorney Ron Castille asking permission to seek the death penalty against Williams. To support her request she set forth the details of the crime and gave information of two statutory aggravating factors: murder and robbery. After reviewing Foulkes’ memorandum, District Attorney Castille, who had bragged during a re-election campaign that he had put 40 men on death row, wrote on the bottom of the document: “Approved to proceed on the death penalty.”

CHIEF JUSTICE CASTILLE VIOLATED THE FOURTEENTH AMENDMENT’S DUE PROCESS CLAUSE BY ACTING AS BOTH ACCUSER AND JUDGE IN WILLIAMS’ CASE.

Foulkes pursued an aggressive trial strategy. Acting on the presumption that African-American jurors would not vote to sentence a black man to death, fourteen of the sixteen jurors she challenged were black, a constitutional violation Williams’ attorney overlooked. Foulkes also cut a plea deal with Draper. He agreed to testify that Williams targeted Norwood for robbery, a lie that added another felony to the murder charge and made it possible for the jury to impose a death sentence. She also suppressed evidence showing Norwood’s years-long sexual assault of Williams. Foulkes closed by telling the jury: Williams “had no reason” to murder Norwood. Not surprisingly, the jury found no mitigating factor and sentenced Williams to death. He appealed to the U.S. Supreme Court.

Writing for the majority, Justice Anthony Kennedy wasted no time coming to the point: Chief Justice Castille violated the Fourteenth Amendment’s due process clause by acting as both accuser and judge in Williams’ case. As prosecutor, Castille had significant and personal involvement in the decision to seek the death penalty against Williams and as chief justice of the Pennsylvania Supreme Court his failure to recuse himself from Williams’ case created an “unconstitutional risk of bias.” The passage of time and the fact that other justices on the Pennsylvania court participated in the decision to reinstate Williams’ death sentence, Kennedy wrote, did not “relieve the former prosecutor of the duty to withdraw in order to ensure the neutrality of the judicial process.” He also took note of Foulkes’ violation of the constitutional rule requiring prosecutors to disclose evidence favorable to the defense. Justice Kennedy ordered the Pennsylvania Supreme Court to rehear Williams’ argument challenging his death sentence.

Just six months after Justice Kennedy’s opinion chastising Pennsylvania’s death penalty procedure, newly elected governor Tom Wolf said that questions about the “fundamental fairness” of capital punishment in Pennsylvania had persuaded him to grant Williams a reprieve from his scheduled execution and to declare a moratorium on all executions. The governor added that the state’s capital punishment system was “riddled with flaws, making it error-prone, expensive, and anything but infallible.” Terry Williams’ case adds illegal and unethical behavior to Governor Wolf’s list and highlights the need to end the unjust, deceitful practice of legal bloodletting.

Deliberate malfeasance in the criminal justice system cannot be tolerated. As Justice Oliver Wendell Holmes reminded us, “The law is the witness and external deposit of our moral life.” The state’s failure to acknowledge a community’s moral sensibility threatens the Constitutional legitimacy of the administration of the death penalty.

Alan Rogers is a professor of history at Boston College. His most recent book is The Child Cases: How America’s Religious Exemption Laws Harm Children (2014). His current project is a history of life without parole sentences for juveniles.