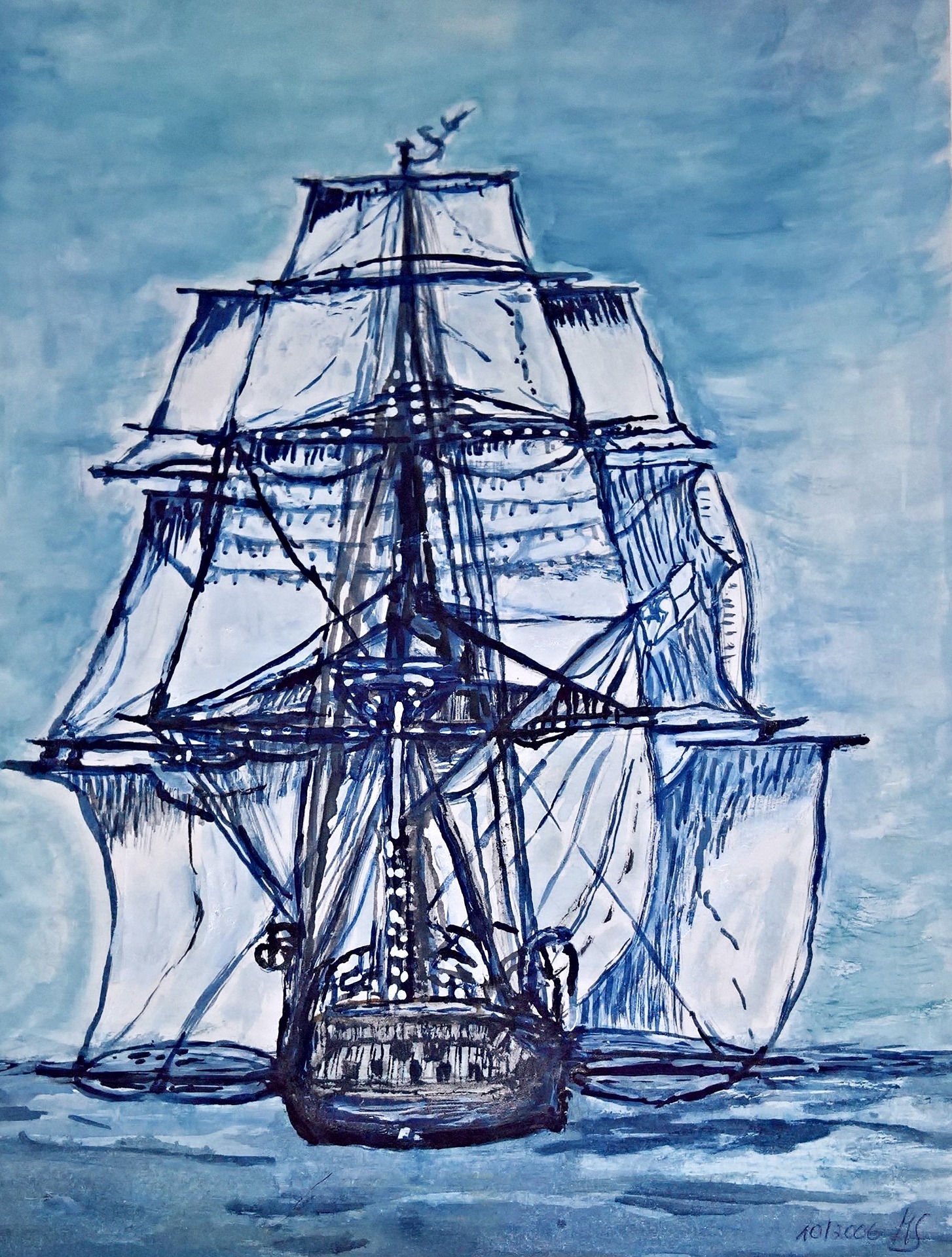 I think we agree on the most important things: the theological questions and that the natural right doctrine in the Declaration is sound. Our only large point of disagreement is the question of whether that doctrine requires an essentialist account of species. I argue that it does not, for a long list of reasons.

The Declaration does require an account of human nature. That account must satisfy two demands. We must be able to derive from it the moral and political principles of the Declaration and it must allow us to recognize all human beings as coming under those principles.

As to the first point, there is a large body of evidence that human beings are born with a capacity for moral emotions that is analogous to our capacity for language. For the one capacity to be realized we need to be exposed to a moral culture just as for the other we need to be exposed to language. There is considerable evidence that certain moral behaviors (helping, reciprocity, social contracts) develop at an early age. There is also evidence that, over the period in which our species emerged into its present form, we lived in small, egalitarian societies. The primary function of moral emotions was to keep any powerful individual from dominating the others and make sure that everyone did his or her fair share. I think there is strong support for the Declaration in this recent scholarship, all of which is solidly based in evolutionary theory.

As to the second, here’s a hard truth: there is no essentialist account of the various species to be had. Modern biologists and philosophers of biology would dearly love such an account. An essentialist taxonomy that was as neat and coherent as the periodic table of elements, with each species defined by a set of traits that all and only the members of that species possessed…show me that, my friend, and I will show you a Nobel Prize. Unfortunately, in species after species, no set of traits satisfies that demand. So, if we want to defend natural rights, we are going to have to do it without an essentialist account that applies across the range of biological species.

The various accounts of the species that do have currency in modern biology are rather like Aristotle’s four aitia: they are different answers to different questions. What distinguishes one sexually reproducing species from another similar: the capacity to interbreed. What distinguishes the species over its evolutionary history? It is a taxon on the phylogenetic tree. Either of these accounts is sufficient to distinguish all human beings from all other species; the same is true of all other modern species concepts. That is good enough; we don’t need to distinguish horses from donkeys to recognize that slavery is wrong because it treats men like animals.

Returning to Aristotle, I note that he distinguishes the various kinds of souls by using a progressive scale of powers that correlate with dimensions of value. Plants have nutritive soul (they consume nourishment, produce waste, flourish and wither); animals have all that plus animal soul (motility, sensation at a distance, pain and pleasure); human beings have all of the above plus logos (the ability to distinguish between what we are tempted to do and what we ought to do, the capacity for happiness and wretchedness). This maps easily onto an evolutionary account in which more complex biological systems do not replace the earlier ones but are laid on top of them.

Insisting on an essentialist account of the species puts Descartes before de horse. We need to distinguish all members of the human species from other animals because we are confident that all human beings have logos. Suppose, however, that we discovered a surviving australopith population in some lost valley. Would those creatures have the same rights as “all men”? The fact that they are clearly a distinct species is irrelevant. The question is whether they have the logical capacity (and particularly the capacity for moral logic). If they can recognize each other and us as persons, recognize that other persons have rights and obligations, make contracts, etc., then all hominids are created equal. It is the power of logos, not the species identification, that is of ontological significance here; the latter is just a convenient way of recognizing the former.

I argued in my initial post that, even if the difference between human beings and other animals were a matter of degree rather than kind, this would still be sufficient for the purposes of the Declaration if the difference were great enough. Draw a line at the threshold for creatures capable of moral responsibility (as for example, exercising the right to vote). All human beings are above that line and all other living organisms are below it. It doesn’t matter how far above it you are; you are either above it or not. That looks to me to be sufficient for the Declaration.

In fact, human beings differ from all other species not only in degree but also in kind. We are a distinct species by any species concept. We alone, of all the creatures on earth, are capable of forming moral communities like the one birthed by the Declaration. Just because we can’t define the various species in terms of essential traits doesn’t mean that no species has an essential trait. All human beings and only human beings have the power just mentioned. Just as Aristotle can explain the ontogeny of a baby in terms of material and mechanical causation and then go on to recognize formal and final causation, so we can understand the evolution of the human being and then go on to recognize his nature and natural rights. One of my teachers, Harry Neumann, once asked my master, Harry Jaffa, about evolution and natural right. Jaffa replied that evolution explains what we evolved from. Jefferson explains what we evolved into. I am content with that.

I think we do agree on the important things and I believe our disagreements stem in part from the focus of our response to the original question. I have argued that if we look at man through Darwin’s eyes we will not see man as he is, but rather simply as a product of chance variations and natural selection. You have focused on what we can know about man as he is now, regardless of how he came to be. Therefore, we can see that man is essentially different from all other animals; he can know that he is subject to divine providence and natural law correctly understood.

I don’t think Darwin’s account of the evolution of man sufficiently explains the difference between man and the other animals. We can’t get an intellect from things without intellects simply by random variation and natural selection. We would be getting something from nothing. There may be other accounts of evolution that solve this problem, but that would go beyond Darwin.

Although Darwin does not say much about politics or the political nature of man, what he does say makes me wonder how compatible his thought would be with the Declaration. Wasn’t he concerned that the purity and vigor of the human species was being undermined by letting the unfit breed indiscriminately? Didn’t he actively promote eugenics? This leads me to think that he really doesn’t see that man has a dignity superior to that of other animals or that all men are created equal. I am afraid that he would think might makes right.

Two final points. First, what is important in evolutionary theory is not the typical opinions of a Victorian Englishman but the vast research program going on today. There is not a whiff of eugenics in that.

I especially liked your statement that “We can’t get an intellect from things without intellects simply by random variation and natural selection. We would be getting something from nothing.” That gave me something to chew on. I strongly recommend The Phenomenon of Life by Hans Jonas; it is the best antidote to Cartesian dualism that I know. To boil down the argument: the fact that we did get intellect from the natural world by means of random variation and natural selection proves, beyond reasonable doubt, that the elements of and requirements for intellect were already in the natural world. The world was not as dead as Descartes imagined it to be.

The Kosmos is saturated with mind. A physicist looking at it in its early moments could never have expected hydrogen. Looking later, when there was little else, he would never have expected all the other elements. Yet the Kosmos was pregnant with all of this from the very beginning. Looking at one small, yellow star, he could not have expected the emergence of life on earth. I am not at all certain that we can explain the emergence of the Ur organisms, let alone the fact that there is something rather than nothing, without some miraculous intervention. The Kosmos may not be self-explanatory. I am quite certain that the elements of intellect, nous as Plato would call it, were here long before we were.

Thank you again for the conversation.

I too have enjoyed our conversation. I agree that the cosmos is saturated with mind. Even some of the pre-Socratic philosophers saw this. However, we would need to nail down what sense of “in” is applicable here. I don’t think mind is in the universe as a constituent part in a whole or as a thing in place, rather it must be as an agent is in its effect. To put it another way, mind is not just an arrangement of matter; it is a principle of a different kind.