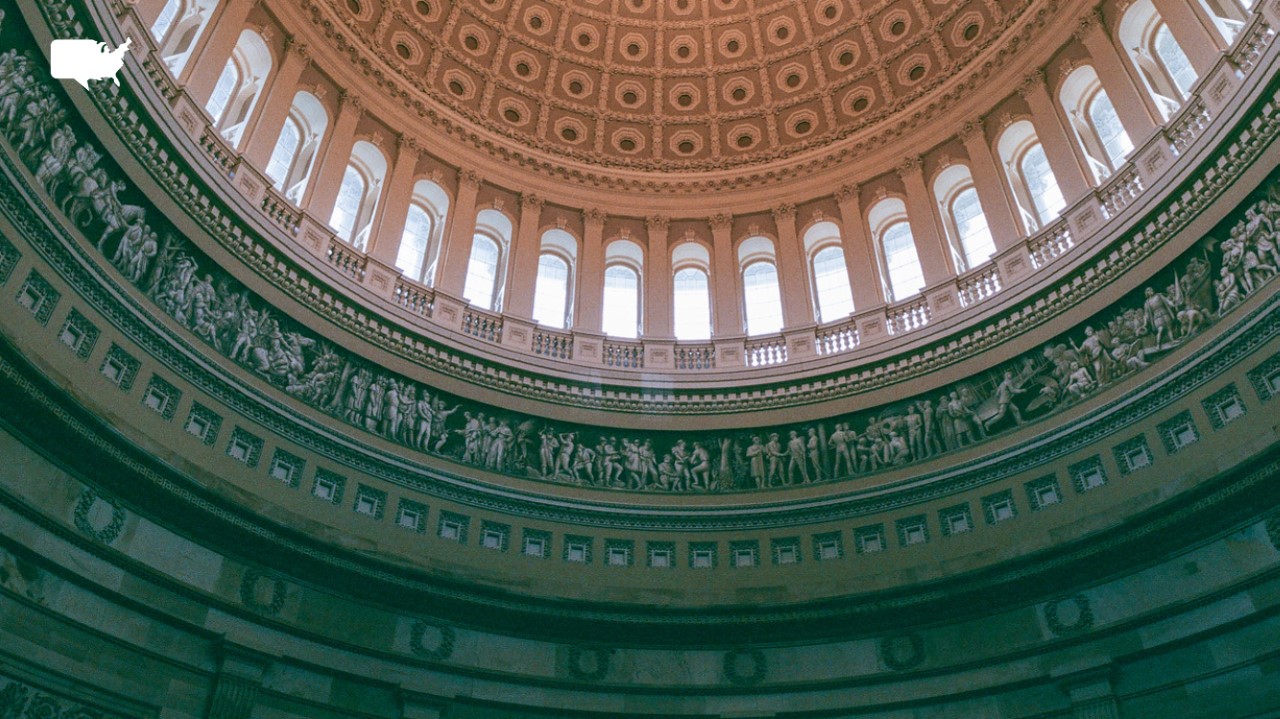 Professor Gibson has offered me the opportunity have the “last word” in our debate about James Madison, and I am glad to accept.  First, though, I want to express my deepest appreciation for the essay he wrote—I think roughly twice as long as my own!—in response to my remarks about Madison’s “fatherhood” of the Constitution.  Not surprisingly, his essay is full of important insights that I certainly do not dispute.  My specific purpose was to dethrone Madison from an unwarranted pedestal as “father of the Constitution” that may in fact be more important as an artifact of popular culture than a truth asserted by any competent historian.  In spite of some of my perhaps hyperbolic comments, I did not mean truly to suggest that he was not a significant figure during the full fifty years of his political career and that his thoughts are not worth careful study today, even if only to learn that he was importantly mistaken in some of his observations.  Indeed, I published my own book, An Argument Open to All:  Reading the Federalist in the 21st Century, that strongly argued that each and every one of the 85 essays was worth reading and reflecting upon today, and that certainly includes Madison’s 29 essays.

I strongly regret that The Federalist, for almost all readers today, has been reduced to a set of “greatest hits,” including especially Federalists 10, 47, 51, and 78. (Readers will note, of course, that Madison authored three of these essays.)  I couldn’t agree more with Professor Gibson that Federalist essays 37 and 49 also deserve careful reading, the first because of its sometimes astonishing critique of looking to language—that is, the text itself—for unequivocal guidance, the latter for what I personally believe is the pernicious adoption by Americans particularly since World War II of an unmerited “veneration” of the Constitution.  This unthinking worship makes it impossible for us today to engage in the much-needed “reflection and choice” valorized by Hamilton in Federalist 1 about how we might better organize our basic institutions of government.  It also means that we almost willfully fail to address the “lessons of experience,” the importance of which Madison himself pointed to particularly at the conclusion of what I think is the especially illuminating Federalist 14.

But perhaps it is telling that even Professor Gibson omits Federalists 40 and 41 from his list, for I have come to believe that they are, in some important ways, the most truly challenging and important for us today when trying to come to terms with the deep arguments contained within the overall volume.  Federalist 40, not to put too fine a point on it, defends the Philadelphia Convention’s willingness first to move far beyond the limited mandate given them by the Congress—to propose “revisions” to the Article of Confederation (rather than demolishing it and replacing it with a very different form of government, as Prof. Gibson rightly emphasizes)—and even more importantly, the clear textual command of Article XIII of the Articles of Confederation to require unanimous consent of the legislatures of all thirteen of the states in the “perpetual union” established by the Articles in order to amend it.

Even if a clever lawyer can suggest that the document that emerged from Philadelphia was merely a “revision” of the Articles, in a way, perhaps, that a Frank Gehry-designed home would merely “revise” the colonial home that was demolished to make way for the new one, no such cleverness is possible with regard to Article XIII.  One might adopt Akhil Amar’s argument that the Articles had basically collapsed and become legally inoperative.  Even if that is correct, it is certainly not the argument presented by Madison in Federalist 40.  Instead, we are told, forthrightly, that the exigencies of the situation required that the patriotic delegates in effect ignore legal technicalities (such as Article XIII) and do whatever was necessary in order to save the Union.  “In all great changes of established governments, forms ought to give way to substance.”  A “rigid adherence” to “forms” would doom the achievement of what was truly necessary.

Federalist 41 contains what I believe is the most truly ominous paragraph in the entire collection:

“The means of security can only be regulated by the means and the dangers of attack.  They will, in fact, be ever determined by these rules, and by no others.  It is in vain to oppose Constitutional barriers to the impulse of self-preservation.  It is worse than in vain; because it plants in the Constitution itself necessary usurpations of power…” (emphasis added).

Let me suggest that there is a certain link between Madison’s unsparing arguments on behalf of responding adequately to “emergencies” and those of the notorious German philosopher Carl Schmitt.  I emphasize that I offer this comparison not to denounce Madison or praise Schmitt, who is contemptible as a person and as collaborator with the Nazi takeover of Germany, but to point to the fact that emergencies do indeed provide the most important bases for wariness about adhering “rigidly” to procedural “forms” when existential crises are thought to be present.  Clinton Rossiter, in his extraordinarily important and too little discussed Constitutional Dictatorship, suggested that the American Constitution was perhaps unusually defective in coming to terms with the exigencies that had been recognized as far back as ancient Rome and were particularly addressed very well by Machiavelli in his Discourses.

No one can read especially the beginning of the Federalist without realizing that the most important argument for ratifying the new Constitution was that it would provide a means of protecting the vulnerable new nation from the Hobbesian nightmare of hostile powers.  And Madison certainly accepted the necessity of an ever vigilant national government that would be prepared, in cases of presumed necessity, to do whatever it would take to achieve “self-preservation.”  Any hopes to the contrary, even if set out in the text of the Constitution, would ultimately become yet more examples of what he had criticized in Federalist 48, as mere “parchment barriers.”  I share Professor Gibson’s fears about many aspects of contemporary American politics, but perhaps they would not have surprised Madison at all.  No doubt he believed, as did most Americans prior to World War II, that we were basically cut off from the international political system by the two oceans.  So long as we were unified ourselves (the theme of the initial Federalist essays), then we would be protected.  But that world, for better or worse, has disappeared.  Americans are (or can be made to be) terrified of the prospect of nuclear missiles fired from North Korea, and Washington’s warnings against “entangling alliances” are now of almost exclusively academic interest.  What we should be discussing, but are not, is whether the set of institutions designed in 1787 necessarily serve us well more than two centuries later.  One might say (or hope) that the Madison who authored Federalist 14 would agree; unfortunately, the Madison who authored Federalist 49 has appeared to triumph, and mindless veneration continues unabated.

So, at the end of the day, I am not sure that our disagreements are all that important.  Professor Gibson seems to agree that it is basically foolish to ascribe a singular kind of parental importance to Madison, and I’m sure we both agree as well that is even more foolish to try to replace Madison with some other “Great Man” who will take over the duties of “fatherhood.”  Although I’m a great fan of Lin-Manuel Miranda’s “Hamilton,” I certainly don’t believe that he is a plausible candidate, if for no other reason than that his own hopes for a truly “consolidated government” administered, in part, by governors appointed from the center, was never even given a serious hearing.  And I noted in my initial essay that I find Amar’s argument for Washington’s priority unpersuasive, save in the one sense that it might well be the case that his charismatic presence was necessary to legitimize the Convention and its handiwork.  Far better to emphasize the “many hands & many minds” passage that Prof. Gibson provides us.

I’m happy to agree that one cannot understand the history of the early Republic, including its foundations, without taking Madison into account.  I will note, though, that Wisconsin law professor David Schwartz has recently argued that Madison may get too much credit for the “Virginia Plan,” that it might more properly be called either the Randolph Plan or the Virginia-Pennsylvania plan.  I will defer to more talented historians than I to adjudicate this particular dispute.  I would also add, incidentally, the importance of Madison’s role in creating, as emphasized in recent work by Richard Primus, Jon Mikhail, David Schwartz, and Jonathan Gienapp, the mantra that the Constitution could be understand as a self-enclosed text committed to a limited government of assigned powers, which began in his (unsuccessful) denunciation to the 1791 Congress of Hamilton’s Bank of the United States as unconstitutional.  Moreover, who can deny the significance of the Virginia Reports of 1798-99?  Although more carefully argued than the Kentucky Resolutions with regard to throwing around the concept of “nullification” and “invalidation,” the wholehearted adoption of the “state compact theory” in lieu of, say, Jay’s and Wilson’s paeons to the “popular sovereignty” of a singular “we the people” in Chisholm v. Georgia in 1793, helped to set the stage for the nullification crisis of 1828 and then, of course, the ultimate expression of “state sovereignty,” secession in 1860-61.  That Madison denied any paternity of these ideas tells us about his own political views at the end of his life and nothing about the ways that his ideas might legitimately be used by careful readers, especially if, like Madison himself, they were adherents of the rights of property holders in men (whether or not the Constitution used that particular term).  Long may the study of James Madison endure, even if he is put in his somewhat more de-centered place.