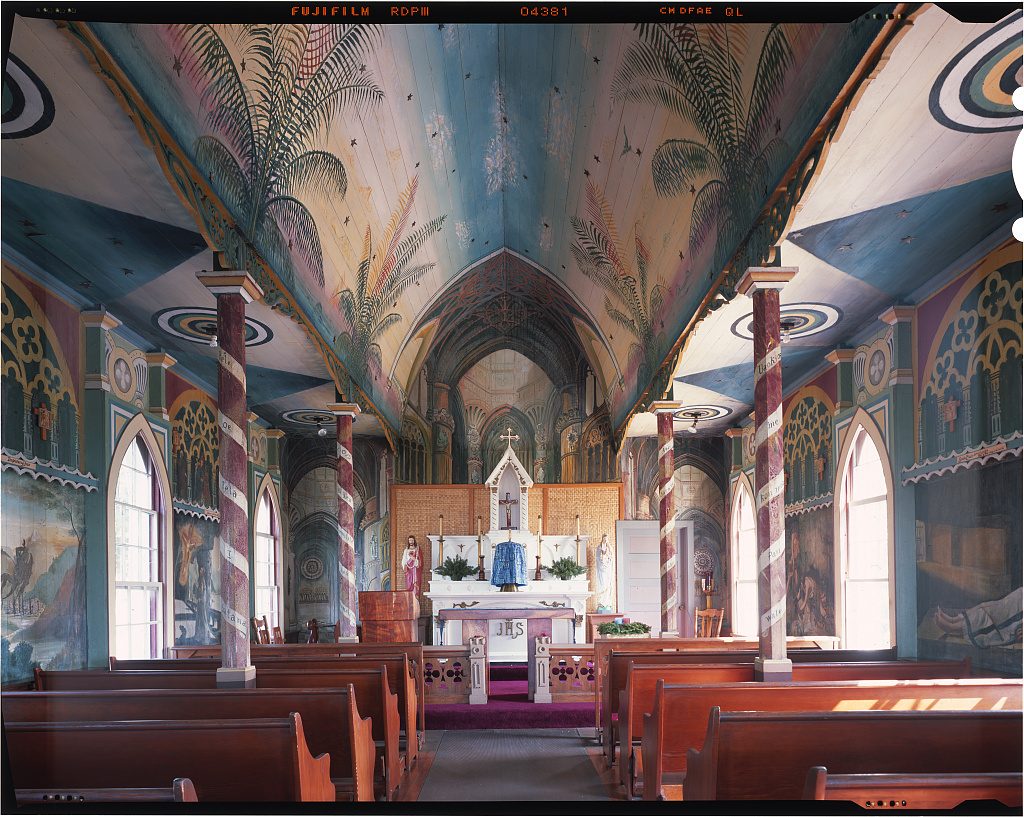 Nationalism and religious life are intricately intertwined in the United States. A “civil religion of the Nones,” if it comes into existence, could portend significant changes in American nationalism.

In her recent Starting Points essay, Sarah L. Houser urges revision to our conception of national identity. Her piece redefines it as a shared “sense of accountability for one’s country,” rather than a common set of beliefs or creed. For several reasons, both internal to the essay and due to differing interpretations of scholarship, I disagree. This essay first offers some critiques of Houser’s “accountability nationalism,” then suggests how a “civil religion of the Nones” may be a more desirable future of nationalism in America.

Houser’s case has three parts. The first is that current conceptions of national identity—either cultural or creedal—are insufficient bases for national attachment. The second is that a common sense of accountability, rooted in citizens’ beliefs that they share in America’s successes and failures, is not only more accurate but also more appropriate. Finally, Houser suggests various implications for individuals joining (or leaving) the American narrative.

There is much to appreciate in Houser’s essay. To begin, attachments based on a common culture do tend toward “us versus them” politics. “They couldn’t possibly understand our way of life! They are licentious, violent, drunkards!” National identities based upon creed may be similarly troublesome: not every citizen agrees with his or her nation’s conception of nationalism, and not all citizens of a nation have the same definitions. Accordingly, a specific and unifying creedal nationalism is difficult to sustain.

After these critiques, Houser puts forward her own theory—accountability nationalism—defined as a shared “sense of accountability for the actions of one’s country. To identify as an American,” she writes, “means to take some sort of ownership in the collective actions of its people, to understand those actions as in some way one’s own.”

Houser argues we should view nations as corporations, entities of which individuals are simply one part. Here her argument is quite procedural: corporations, which choose representatives by established rules, govern in accordance with the rules of the institution. I ought to view America’s successes and failures as my own because national, state, and local institutions have been duly elected and govern in my name.

Yet Dr. Houser adds further parameters, suggesting that accountability nationalism requires government edicts be “recognized as the actions of the whole vis-à-vis other wholes.” National identity is, after all, an imagined community—at some point we must be concerned with how the community is viewed.

By making this move, necessary though it may be, the essay deals not with what is but what should be. In so doing, Dr. Houser must deal more thoroughly with the question of political legitimacy.

It is one thing to argue that the United States Congress acts on behalf of all Americans; it is quite another thing entirely to suggest that when Congress acts I must view myself as in some part responsible for these actions. The first is an objective evaluation, the second is a subjective one.

For individuals from historically disenfranchised groups—from African Americans, to Latinos, to LGBTQ Americans—institutions seldom look like them or advocate the sorts of policies they prefer; and often, these institutions legalize discrimination against these minorities. A theory of national attachment that not only invalidates disaffection with institutions that have historically justified discrimination but also turns such criticisms into un-American behavior is, to say the least, problematic.

Why do these groups exhibit low levels of political trust? In large part because they are not equal authors of the American narrative. When mistakes have been made, these vulnerable populations inevitably pay—the majority seldom suffers. We must not mistake the subjects of an historical narrative for its authors. For many Americans who belong to these groups, there was no real “choice” at all.

It is choice, however, that Dr. Houser places at the center of her concept of accountability nationalism. Here Houser glosses over the fact some Americans are freer than others to enter or exit the community. In fact, the problem is more than just entry/exit, but control over the narrative itself. What happens when America’s narrative shifts, changing what it means to be an American? If we are not all equal authors of our collective narrative, then such shifts may continually “leave” some Americans—whether they choose to exit or not.

Can we really argue that African Americans in the Jim Crow south were equal authors of national identity, while they were being lynched and terrorized for trying to exercise political rights? These Americans may have been the subject of a narrative, but they were not free to choose another. Similar questions may be posed of women, homosexuals, and immigrants today.

MY POINT IS SIMPLE. THE FREEDOM TO CHOOSE IS NOT EQUALLY DISTRIBUTED ACROSS THE POPULATION. NEITHER IS AUTHORSHIP OVER THE AMERICAN NARRATIVE. AS SUCH, THESE CANNOT BE THE CENTERPIECES OF A CONCEPTION OF NATIONALISM.

Houser worries that some citizens may not view American actions as their own, bringing about a deep sense of impotence. At least equally dangerous—and, I fear, more likely—is the risk that those with political power may use myths of choice and authorship to disregard critics of American action, as well as the criticisms themselves, as “insufficiently patriotic.”

Let’s return to the claim that neither culture nor creed are sufficient bases for national attachment. While American history is replete with the dangers of a cultural nationalism, ought we to abandon creedal nationalism so quickly?

Houser argues that the greatest fault with creedal nationalism is its lack of specificity. Take equality: does it mean equality “before the law,” “of opportunity,” or “of outcome”? Reasonable Americans can and will disagree. If so, Houser asks, are we truly united? One is reminded of Abraham Lincoln’s suggestion that the sheep who is saved from a wolf and the wolf denied a tasty sheep “plainly . . . are not agreed upon a definition of the word liberty.”

Witticisms aside, Dr. Houser’s argument is clear: a common creed requires shared definitions. Creedal nationalism encourages—or at least does not prevent—disparate definitions of crucial terms. Yet later, when she argues that common celebrations and rituals help educate and integrate individuals into the American way of life, she does not comment upon the similarly vague interpretations of said rituals and symbols. According to her logic, vagueness in symbols and imprecision in defining beliefs should be similarly troublesome. She cannot have it both ways.

Common symbols inevitably contain various meanings. Ditto for practices and rituals. Not only is it unavoidable, it is desirable. Take the Constitution: is it a living or a dead document? Does the second amendment protect group or individual rights to firearms? The answer to these questions is simple: there is no “one” answer.

THE FLUIDITY OF SYMBOLS, BELIEFS, AND RITUALS SHOULD NOT CONVINCE US THAT THEY ARE AN ILL-SUITED BASIS FOR ATTACHMENT. INDEED, QUITE THE OPPOSITE.

Rather than condemn creedal nationalism for non-specificity, I would like to suggest an alternative: that such vagueness is the heart of its power. It is an argument that brings us back to, of all places, where Dr. Houser began: G.K. Chesterton.

Chesterton observed that Americans latch, almost religiously, onto the principles of the founding documents. From the catechistic precision with which we are taught to recite the Preamble to the Constitution, to the tabernacle housing the Charters of Freedom, American political culture is palpably religious. Scholars from Daniel Elazar to Jaroslav Pelikan to Pauline Maier to Michael Kammen have noted this phenomenon.

Over the last 100 years, American religiosity has changed drastically. At the start of the 20th century Americans thought of themselves as a Christian nation; by mid-century, a Judeo-Christian one. Come the 1990s, change continued apace. Robert Putnam and David Campbell suggest that, following the conservative backlash to feminism and abortion rights, secular and agnostic Americans came to identify Republicans with the conservative ranks of the culture war, and so moved further left.

We are living in the so-called “rise of the Nones.” It is a time when “spiritual but not religious” Americans have become an increasing portion of the electorate. For context: Pew reports that between 2007 and 2014 the proportion of “Nones” rose—from 16.1% to 22.8% of the adult population. Over the same period of time all Christian denominations saw decline.

If, as Robert Bellah suggested in his 1967 article “Civil Religion in America,” American nationalism structurally mirrors the majority’s Protestant religious life, is it even possible for this Godless country to have a nationalism that is recognizably American?

I believe it is. Recently I have been focusing on the Occupy Wall Street (OWS) movement. Rather than viewing Occupiers as secular political agitators, I suggest that OWS camps were hotbeds for non-traditional religious practices and beliefs. Far from causing division, the emphasis upon pluralism of religious practice at OWS camps both made sense to Nones and ultimately formed a cohesive, if non-traditional civil religion.

According to one participant, the OWS camp at Zuccotti Park was “a hodgepodge of symbols left by protestors, a place for people to think, mediate, pray, wonder, and talk.” Religious iconography from various religions were on display. As another interfaith organizer put it, services weren’t about preaching one version of religiosity, but “about creating a space for theological, moral and spiritual differences to coexist in solidarity with one another in a respectful AND meaningful way.”

AS AMERICANS BECOME LESS TRADITIONALLY RELIGIOUS, THE SPIRITUAL CENTER MAY SHIFT AWAY FROM THE PURITANICAL MORALS SO OFTEN FOUND IN AMERICAN POLITICS AND TOWARD SOMETHING ELSE ENTIRELY.

Remember: nationalism and religious life are intricately intertwined in the United States. Such a “civil religion of the Nones,” if it comes into existence, could portend significant changes in American nationalism.

One possible source could be spiritual environmentalism, or what Bron Taylor calls Deep Green Civil Religion. The belief system would be expressed within “those social spaces where diverse groups encounter and mutually influence one another” as we attempt to come to terms with the increasing environmental crisis. Sound like OWS?

Occupy Wall Street’s vision of attachment is creedal much like Chesterton’s was. And what’s the creed? Simple: we’re all in this together. Whether it’s the nation, the hemisphere, or the world, we only succeed if we work with one another and appreciate our shared humanity. Differences do not make you a “them,” it makes you an “us.”

A politics that not only accepts but requires appreciating differences is more than “kumbaya” politics. It is, in fact, distinctly American.

As Debbie Schildkraut writes about the protests to Donald Trump’s immigration order:

“Over time, and in fits and starts, a fourth component of American identity [has] gained acceptance. I call it ‘incorporationism,’ and it celebrates our diversity and provides a forum in which such celebrations can take place. It suggests that America’s unique identity is grounded in its immigrant legacy and in its ability to convert the challenges immigration brings into thriving strengths.”

I join Schildkraut and others who argue that differences—even fundamental political ones—need not prove creedal nationalism is insufficient. They needn’t weaken our common national creed. In fact, if we are committed to recognizing and respecting these differences and making them the centerpiece of our national character, they may form the strongest national identity yet.