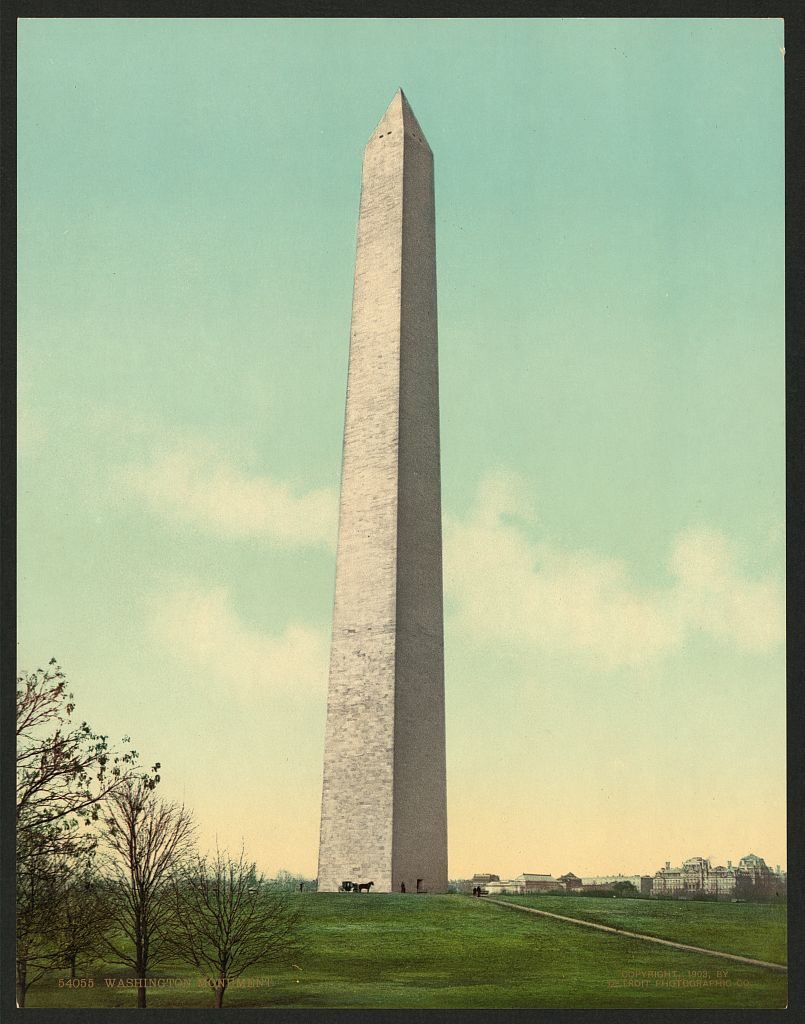 It is best to think of having a national identity as sharing a sense of accountability for the actions of one’s country. To identify as an American means to take some sort of ownership in the collective actions of its people, to understand those actions as in some way one’s own.

Whatever defines us as a group does so by drawing a distinction between us and them. As much as it may chafe our liberal democratic sensibilities, there can be no identity without exclusion; what differs is only the dimension along which that exclusion takes place. When it comes to the question of national identity, the source of unity and hence also the dimension of exclusion is generally described as one of two things: creed or culture.

In his travel memoir, “What I Saw in America,” British man of letters G.K. Chesterton famously describes America as “a nation with the soul of a church.” America is, according to Chesterton, the only nation in the world that was founded on a creed, a set of beliefs laid out in the Declaration of Independence. He contrasts this with the condition of the English who are united not by a creed but by a character, or in other words, a common set of practices and traditions.

The problems associated with understanding one’s national identity in terms of a shared culture were readily apparent to Chesterton and have only become more obvious in the century or so which has elapsed since his visit to America. Cultures are dynamic and amorphous things and making them useful as a source of national unity will inevitably involve reifying and thus distorting them. This will usually necessitate the creation of fictions of historical continuity and virtue which always seem to break down under sustained critical examination. Indeed, Chesterton himself seems guilty of just such a mistake when he declares that “England is English; esto perpetua” and goes on to describe the English character in terms that would, I venture, be unrecognizable to anyone who was not a Victorian.

On the other hand, locating the source of national identity in a shared creed is not without its dangers as well. In today’s increasingly multicultural world this strategy has found favor with many political theorists; perhaps most notably, Jurgen Habermas. With an eye to the atrocities committed in the name preserving German culture, Habermas argues for the encouragement of what he calls “constitutional patriotism.” Constitutional patriotism means an attachment on the part of the people to the principles of liberal constitutionalism as manifested in their particular country. The idea is that national feeling or identity can be made safe because if it is the very principles of liberalism to which one is attached then one is unlikely to be able to justify doing manifestly illiberal things in support of them.

The problem is that creed-based national identity seems at the same time to be too particular and not particular enough. Liberalism as a theory of justice is endorsed by many different countries and the country which best exemplifies those principles is not necessarily the one which one happens to be a citizen of. On the other hand the widely differing interpretations of those principles which are found among the citizens of a particular country would seem to undermine their usefulness as a source of national identity. It is all very well to say that as Americans we endorse the proposition that all men are created equal. But if I think that means we are all equal before the law, and you think that it means we should all have equal resources to pursue our goals, and Joe down the street thinks it means that we ought to have equal amounts of wealth, then are we really united by a creed in any meaningful sense of the term?

WHAT IS UNIQUE TO US IS OUR STORY – ALL THE THINGS THAT WE HAVE DONE OVER THE YEARS IN PURSUIT OF OUR GOALS, ALL THE MISTAKES THAT WE HAVE MADE AND THE OBSTACLES WE HAVE OVERCOME.

I would suggest that it is best to think of having a national identity as neither sharing a creed nor a culture, but instead sharing a sense of accountability for the actions of one’s country. To identify as an American means to take some sort of ownership in the collective actions of its people, to understand those actions as in some way one’s own.

In order to justify this claim it is necessary to understand a country as a sort of corporate self. An individual person is a self in so far as he or she is intelligibly the subject of a narrative which is uniquely his or her own. I am the author of a set of actions for which I and no other person am accountable. The only way a corporate self can exist, the only way it can genuinely act as a whole, is by having some institutional structure which organizes it in a form for action. In other words, it must have a method for selecting representatives whose decisions and actions, so long as they are carried out in accord with the rules of the institution, are recognized as the actions of the whole vis-à-vis other wholes.

The important point is that it is in relation to other national groups and their members that we must take ownership in the actions of our corporate self. A self finds its identity only in contradistinction to other selves. If I genuinely regard myself as an American then I will regard myself as in some way accountable to members of other national groups for the actions which America has undertaken on the world-stage. I may either defend its actions or apologize for them, but I cannot absolve myself of them. I do not mean to say that we do not often make such attempts (“That was President X, and I didn’t vote for him.”), but such tactics generally fail to be convincing either to the speaker or his audience. If one could be confronted with America’s actions by a member of another national group and not feel in the slightest bit implicated by them then one is not an American regardless of legal status or place of residence.

So how does one come to identify oneself as part of a national group if it is not because of one’s adherence to a particular set of principles? This is obviously a complicated question to which I cannot do full justice here. I can, however, suggest a few things by way of an analogy to individual identity. What separates me from other human beings is not that I am trying to live the best life that I can – most people are trying to do that – nor is it the fact that I am doing so by trying to following a particular creed – I share that creed with many others. What is uniquely my own are all the things I have said and done in pursuit of that goal. That is my story and no one else’s.

The same can be said of a particular country like America. Many people in many different places are trying to live well and accomplish great things together. Many also share our basic understanding of how one ought to go about doing that. What is unique to us is our story – all the things that we have done over the years in pursuit of those goals, all the mistakes that we have made and the obstacles we have overcome. To be a member of our group is to understand oneself as a participant in this ongoing story, the story of a people trying to live together as best they can in this particular place. This story is the story of a project, one particular attempt among many across time and space, none necessarily any better or worse than any other.

NATIONAL IDENTITY, LIKE MOST OTHER TYPES OF IDENTITY, IS A COMBINATION OF GIVENNESS AND CHOICE.

How does any particular individual come to understand themselves as a part of this project, to understand the story of America as their own? This can obviously come in some cases from actively choosing to quit one group and join another. This would have to involve an explicit decision both to move to a country and to renounce one’s allegiance to the country of one’s birth, to resign your part in its particular project. However, this process is the exception rather than the rule. Most people are taught to regard themselves as part of one particular story rather than another by both their parents and their teachers. They are taught the history of their country, both good and bad, and they are taught to see themselves as part of that history. Such teaching is not likely to be fully successful, however, if one does not also participate in some active way in that project – either by joining in its rituals and celebrations or taking part in its governance.

Thus, national identity, like most other types of identity, is a combination of givenness and choice. It is ascribed to you at birth and explicitly taught to you as a child, but at some point you must ratify that ascription through your own actions. The choice to ratify that identity will not be an autonomous one, if indeed such choices even exist, because identity is fundamentally social. We cannot control the way other people see us nor can we ever entirely shake off the narratives of our childhood. The identity we have been taught to believe in will always pull at us on some level. The advantage is, however, that we will always have a group to belong to unless we explicitly choose otherwise. If a child grows up in a country and is not taught to regard herself as a part of its story then the consequences could well be dire. If she is taught that she has no political community, no common project of which she is a part then she will forever lack the sense of agency and purpose which participation in such a project can bring. If she is taught that her political community lies somewhere else and she lacks the resources to go and join it, then the result is much the same.

A political creed is something which the members of a political community will always fight about. Indeed, it is the struggle to define and instantiate that creed which is the very essence of our common project. A common group identity does not prevent us from disagreeing very strongly with each other about how to order our group internally, about what constitutes justice within the group and about what is in the group’s best interest. Internal disputes over how we are to order our common life need not threaten our integrity. What will necessarily threaten our integrity is taking for granted that anyone born in this country and given the right to vote will automatically regard themselves as part of it without having been taught to do so. If the people of a nation do not regard its actions as their own then they will have no incentive to ensure that those actions conform to their moral standards. They will be less likely to regard its laws as binding on them or to be willing to sacrifice themselves to defend its territorial integrity. And they will likely not regard it as their responsibility to pass it on to the next generation healthy and intact. Moreover, such people will suffer all the impotence and anger brought on by the condition of statelessness in the modern world. It is this outcome which we must avoid at all costs.

Sarah L. Houser is a professorial lecturer in the Department of Government in the School of Public Affairs at American University.