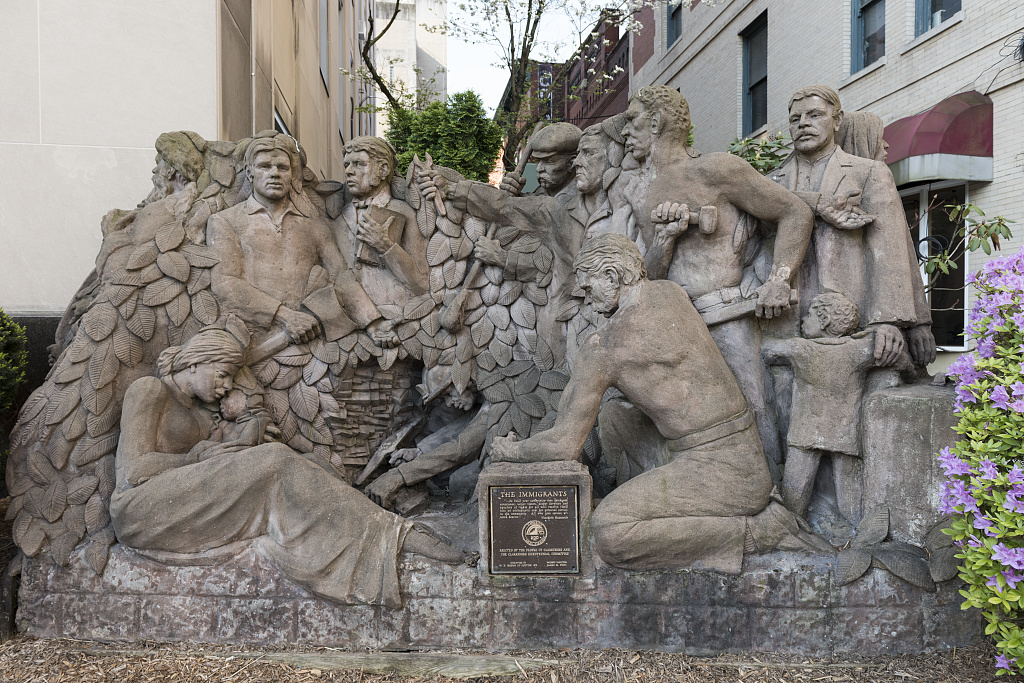 If the national community needs people to behave selflessly by giving to charities, paying taxes willingly, and supporting government programs to help those less fortunate, then it is those who strongly identify as Americans and who have an inclusive view of who counts as an American who are the main contributors to the nation’s well-being.

Countries are large, amorphous, impersonal entities that are also communities. As such, the citizens of any given country will have the opportunity to meet face to face only a small fraction of fellow citizens, but they are obligated as fellow nationals to help one another in times of need. David Miller, in On Nationality, argues that this obligation is unconditional and falls on everyone who is part of the national community. People must help their fellow nationals simply because they are fellow nationals.

Helping fellow nationals is necessarily a large-scale enterprise. I proposed in Who Counts as an American? that there are two primary ways to help on a large scale: through supporting government programs designed to help people in need and through giving to charitable organizations that focus on helping others. People are required to pay the taxes that support a wide variety of government programs, including the Supplemental Nutrition Assistance Program (food stamps) and Temporary Assistance for Needy Families (welfare). When it comes to charities, people can choose whether, how much, and to what organizations they give.

Both types of help for the needy are good but in different ways. Giving to charitable organizations, which means religious organizations for approximately a third of all giving in the United States, is often geared towards dealing with problems in the locality. Giving to a church, for example, might help it run a soup kitchen, giving to a homeless shelter might help it provide more warm beds for those who need shelter, and giving to the Red Cross after a crisis helps the people in the place where the crisis occurred. Paying taxes or supporting government spending that benefits the needy, on the other hand, is a more impersonal enterprise that nonetheless addresses the country’s overall response to poverty. When citizens support welfare policies or government spending initiatives, a wide range of people gain assistance and a safety net is upheld that is designed to decrease the negative effects of poverty.

WHILE GROUP IDENTITY INCREASES PROSOCIAL BEHAVIOR, IT ALSO INCREASES THE TENDENCY TO SET HIGHLY EXCLUSIVE BOUNDARIES ON WHO COUNTS AS A GROUP MEMBER.

Because the two types of helping behavior address different levels and types of need, they are both important for addressing problems within the national community. What increases the likelihood that people will support both charitable giving and government programs to help the needy? An obvious answer is national identity. Research in social psychology convincingly demonstrates that having a group identity significantly increases prosocial behavior towards group members. In the case of the United States, this means that people who strongly identify with their national group would be much more likely to want to help their fellow Americans. A curious puzzle, however, surrounds the relationship between national identity and helping fellow nationals. While group identity increases prosocial behavior, it also increases the tendency to set highly exclusive boundaries on who counts as a group member. Prototypical Americans (that is, Christians, the native born, Whites, English speakers) with a strong national identity question the Americanness of marginalized Americans. Their prosocial behavior tends to target those who are “true” Americans, which means that marginalized Americans do not benefit from belonging in the national community to the same extent as prototypical Americans.

In Who Counts as an American?, I examined the impact of national identity and the setting of exclusive group boundaries on support for helping fellow Americans. I distinguished between helping behaviors in which people have a choice in who is helped (such as charitable giving) and those that are government based and therefore not under the individual’s control (such as government-based programs designed to help cities, Blacks, or the needy). If people have a choice in who is helped, as is the case with charities to a large extent, they can focus their help on prototypical Americans if they so desire. Support for government-based programs, on the other hand, might involve helping marginalized Americans. Martin Gilens’ work, for example, shows that people tend to assume that government programs to help the needy, such as welfare programs, are primarily helping African Americans, a marginalized group.

If my argument is correct, people who strongly identify as Americans should be much more likely than weak identifiers to be involved in individual-choice helping behaviors than to support government-based help. This is exactly what I found. The data in Figure 1 are from the Perceptions of the American People Survey, which was administered via telephone to a national random sample of 1,254 American citizens in 2002. American identity was measured by asking people about whether they identified with the American people, their ties to this group, and whether this identity was important to them. Individual-choice helping tapped whether people believe they owe an obligation to their fellow Americans by giving to charities, helping in a disaster, and volunteering in the local community. Government-based helping is primarily based on questions about spending on education, welfare, improving the conditions of blacks, and solving problems in urban areas (see Who Counts as an American? for all question wordings). As Figure 1 shows, the difference between weak (bottom third on the scale) and strong (top third on the scale) identifiers in their support for government-based help is small and statistically insignificant. When it comes to individual-choice help, where the individual has more control over who gets the help, the difference between weak and strong identifiers is large and significant. People who strongly identify as Americans score significantly higher (.77 on a 0 to 1 scale) than those who weakly identify as Americans (.64 on the scale) on their support for charitable giving and the difference is significant at the .001 level.

WHAT TRULY DISTINGUISHES INCLUSIVE STRONG IDENTIFIERS IS THEIR TRUST IN PEOPLE, THEIR POLITICAL INTEREST, AND THEIR VOTING BEHAVIOR.

While strong identifiers tend to set more exclusionary boundaries on their national group than weak identifiers, there is variance. Survey respondents were asked how important various characteristics were to be considered truly American, such as being born in the United States, being Christian, and being white. The more important people think these characteristics are to being truly American, the more exclusive they are in setting boundaries on their national group. When the exclusivity of setting boundaries is taken into account, the results are interesting. Figure 2 shows that it is the strong identifiers who set inclusive boundaries – that is, who do not think these characteristics are important and therefore that just about anyone can be an American – who are the most likely to support both individual-choice and government-based help. Exclusive strong identifiers are almost as likely to support individual-choice activities and inclusive weak identifiers are almost as likely to support government-based help, but it is the inclusive strong identifiers who stand out as supporting both. If the national community needs people to behave selflessly by giving to charities, paying taxes willingly, and supporting government programs to help those less fortunate, then it is those who strongly identify as Americans and who have an inclusive view of who counts as an American who are the main contributors to the nation’s well-being.

The main question, then, is who are these people? The first thing to note is that they are small in number. Only 7 percent of the respondents in a national random-sample survey fell into this category. Even so, we can get a sense of who they are by looking at both demographic and political attitude measures. Beginning with demographics, Table 1 shows that inclusive strong identifiers tend to be similar to inclusive weak identifiers. People in both groups are more likely to be male, white, less religious, better educated, and wealthier than their exclusive counterparts. Where the inclusive differ somewhat is in mean age, with inclusive weak identifiers being on average younger (36 year old) than inclusive strong identifiers (45 years old).

Inclusive strong identifiers are the one group that supports both individual-choice and government-based help for the needy. They are, unfortunately for the national community, small in number, making up only 7 percent of Americans. An understanding of what drives their helping behavior can be ascertained from their political attitudes. Inclusive strong identifiers are engaged in politics, exhibiting a high level of both interest and knowledge and being more likely to participate by voting. They are also significantly more trusting of people. Being willing to help others, whether through charitable giving or supporting government programs, entails some level of trust that people are not taking advantage of the system or of their benefactors. Inclusive strong identifiers understand the problems faced by those less fortunate and they have the means to give, but they also trust people. This combination leads them to be important actors in the national community.

Elizabeth Theiss-Morse is Associate Dean for Faculty in the College of Arts and Sciences and Willa Cather Professor of Political Science at the University of Nebraska-Lincoln.