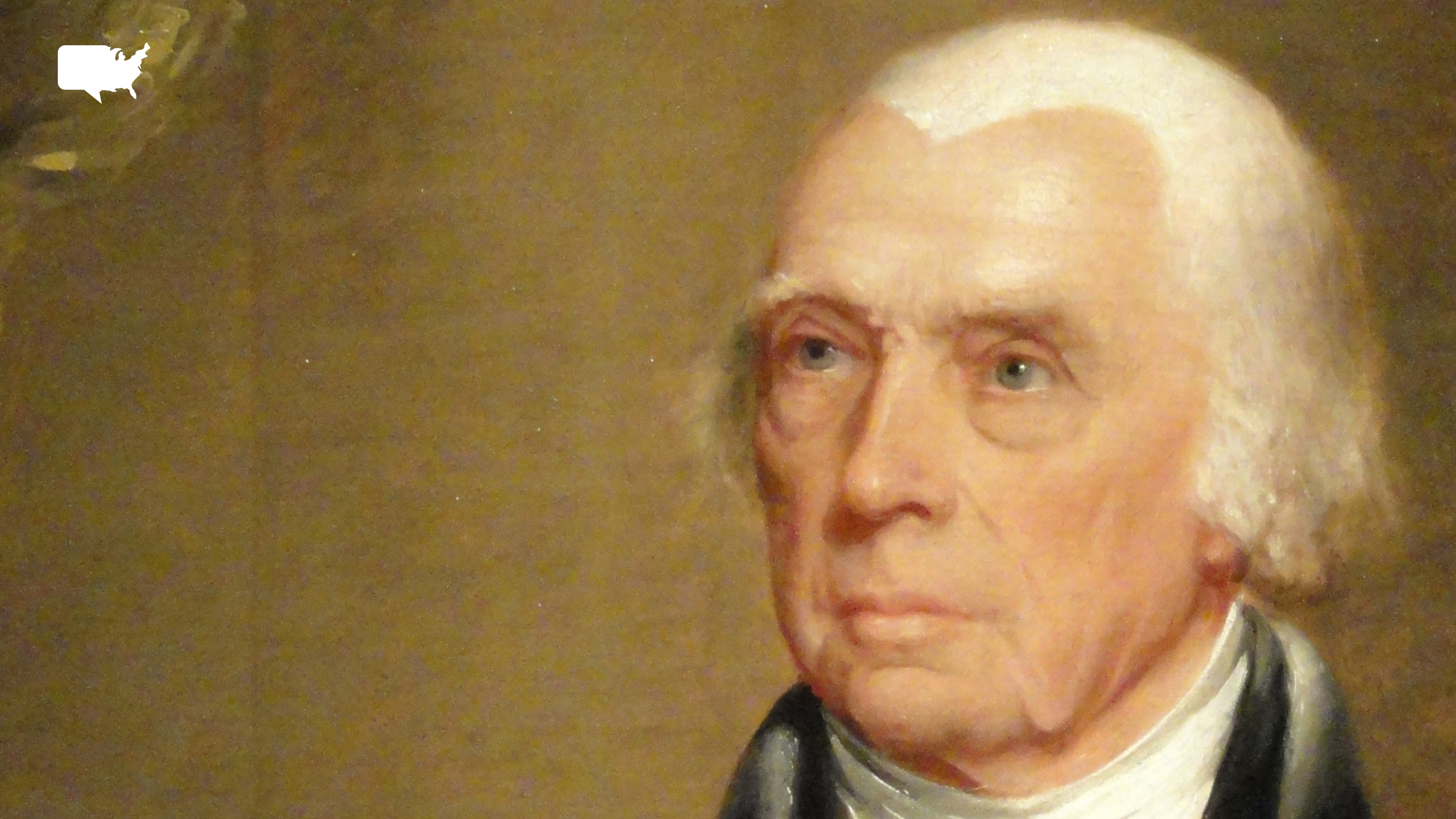 First, I wish to commend Starting Points Journal for launching their symposium on James Madison, especially the pieces challenging his informal title as “Father of the Constitution.” This subject is vitally important, and the selection of two such outstanding scholars as Sanford Levinson and Alan Gibson to lead off the discussion, highlights the crucial nature of the topic.

I believe most scholars will agree with Levinson that Madison’s contribution in advance of, and during, the Constitutional Convention does not entitle him to this exalted station. It is true that he authored the Virginia Plan, which served as the working paper of the Convention. But his favorite scheme of a national legislative veto over all state legislation was rejected by the majority of delegates. As a result, he wrote Jefferson that, in his opinion, the Convention was a failure.

At the same time, Gibson’s claim that without Madison’s attendance at Philadelphia, the Constitution would have been something entirely different, is also true. Above all, Madison succeeded in promoting the fundamental change of the Union, from state over nation to nation over state.

I believe, however, that an assessment of Madison’s achievements must take into account his initiative in supplementing the Constitution with a bill of rights that also included the Tenth Amendment. This energetic enterprise saved the Constitution from fatal disfigurement.

Nine states, the required number for the Constitution to enter into force, had been ratified by early June 1788, and, in theory, that was a critical turning point. However, everyone realized that without a positive vote by at least one of the two remaining large states, Virginia and New York, the Union had little chance of surviving. When Virginia ratified on June 28, the United States was now safely berthed. New York’s vote was crucial, only for itself. It could not long survive as a unitary state on its own, and the same was true, of course, for the other two surviving states, North Carolina and Rhode Island. After a fierce battle, New York also ratified on July 23, 1788.

On the surface, it looked like a clean sweep. The Constitution had been ratified by all of the states without any conditions attached. The main issue in the struggle for ratification had been the demand of the Anti-federalists for attaching a condition stating that the Constitution would enter into force only if one of two conditions was met: that either a second constitutional convention would be held to revise the present Constitution; or a bill of rights would be adopted ensuring state sovereignty in the event of a clash between state and national authority. The focus here was the doctrine of implied powers arising from the necessary and proper clause in conjunction with the supremacy clause that conveyed extraordinary powers to the federal government. The Anti-federalists sought to make ratification in key states dependent on advance adoption of a clause in a bill of rights limiting the national government to the expressly enumerated powers. Such a clause would have killed the Constitution by re-instituting state over nation and was vigorously opposed by Madison and the other Federalists. The issue was settled at the Massachusetts ratification convention which adopted a resolution for adoption of a bill of rights subsequent to ratification, not a condition precedent. The Massachusetts model was followed in all succeeding ratifications. As Bernard Bailyn has said, this was “a decisive turning point in the adoption of the Constitution.”

The ratification by New York was the last major ratification, and the Constitution was set to go into operation. But then, to his utter dismay, Madison learned that his fellow Federalists in New York, in order to obtain a majority vote, had agreed to an Anti-federalist proposal for a round robin to be sent to all the states proposing a second constitutional convention to review and revise the Constitution. Madison was devastated by this suggestion. He could not understand how the New York Federalists had agreed to the Anti-federalist scheme. The suggestion for a bill of rights that would also confirm state powers, as suggested by Massachusetts and Virginia, could be attended through Congress, and care could be taken to bar any idea of revising the Constitution. But the New York proposal for a new convention was like a loose cannon where radical changes could be suggested, and, like the Philadelphia convention itself, would be free to revise anything and everything. Madison said it would be “extremely dangerous” and he turned to Washington for support. In a letter to Jefferson, he warned that a convention would be composed “of men who will essentially mutilate the system… An early Convention is in every view to be dreaded in the present temper of America.”

In the meantime, Patrick Henry, an avowed opponent of the Constitution, introduced a draft resolution in the Virginia legislature requesting that Congress summon a second convention to adopt amendments to the Constitution. This step, coming on top of the New York round robin, particularly alarmed Madison. Henry and Jefferson were not friends, but both wanted a bill of rights. People might assume that they were equally interested in a second constitutional convention, and, if nine state legislatures (out of the 13 states) asked Congress to summon such a convention, Congress would have no choice but to arrange the meeting.

Madison had always been lukewarm about the adoption of a bill of rights. He held that in a national government, the manifest diversity of interests would be the best security for civil rights, while paper guarantees would be useless. But the New York round robin had to be short circuited, and the only way to do that was to inspire the First Congress to adopt a draft bill of rights that would include a reserved powers clause which would assure the states of their powers under the Constitution. This was the origin of the Tenth Amendment that read: “The powers not delegated to the United States by the Constitution, nor prohibited by it to the States, are reserved to the States respectively, or to the people.” Both Leonard Levy and Herbert Storing have written that Madison proposed a bill of rights for the direct purpose of undermining the second convention movement. America’s receipt of a bill of rights was thus an accident of history, according to these two prominent authorities.

Congress was busy organizing and instituting a government and felt that a bill of rights could wait until later. But Madison was insistent and forced Congress to adopt the draft bill of rights he was proposing. Yet even though it was urgent to obtain a bill of rights so as to derail the second convention movement, was it really so urgent that the vote in Congress had to be taken in the first year of the two-year-term of the House of Representatives? What was so precarious that it had to be sped up and all completed in Congress in the very first year? I have found the answer in a comprehensive letter by Madison to Richard Peters, a colleague from the Continental Congress.

Madison explained that without some act in the first year of Congress, “at the fall session of the [state] Legislatures,” Anti-federalists would be able “to blow the trumpet for a second Convention.” In other words, there was a danger that in the second year of the First Congressional term, several states might say that Congress was doing nothing on behalf of a bill of rights, and they would join with the states that had already petitioned Congress for a second convention and there would be no return if the due number of states was reached.

It is in light of this record that I feel obliged to suggest that Madison deserves the title of “Father of the Constitution.” His drastic campaign to gain the adoption of a bill of rights with a Tenth Amendment reserved powers clause saved the Constitution from mutilation and radical change. Failure to act might have resulted in the break-up of the United States into several independent units if a second convention had taken place.

I acknowledge that Madison cannot be regarded as “Father” for what he did before and during the Philadelphia convention. But his expeditious derailment of the Second Convention movement and the adoption of the Tenth Amendment that preserved national powers no less than state powers, including implied powers, warrants his award of the title. He saved the Constitution and ensured that the Bill of Rights would secure and protect the Constitution. It might be said: